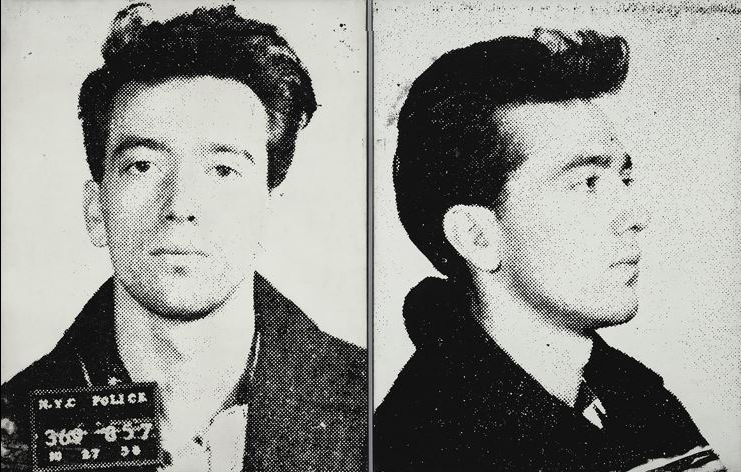 New York – This Spring, Christie’s will offer Andy Warhol’s Most Wanted Men, No. 11, John Joseph H., Jr., 1964 (estimate in the range of $30 million) as a highlight of its May 17th Evening Sale of Post-War and Contemporary Art. This diptych belongs to one of the artist’s controversial Most Wanted Men series, which was originally conceived as a monumental mural to celebrate the 1964 New York World’s Fair, and famously destroyed just a few days before the fair’s official opening. Later that year, Warhol made a series of nearly two dozen larger than life size canvases featuring thirteen of these “most wanted” men, among them was the present work.

On May 17, Most Wanted Men No. 11, will be offered alongside Double Elvis [Ferus Type], 1963 (click here for dedicated release), uniting two exceptional canvases that share in Warhol’s obsession with American icons of all kinds.

Loic Gouzer, Co-Chairman of Post-War and Contemporary Art, remarked: “From the spotlight of Hollywood to the crackling flash light of a prison mug shot, these two works exemplify Warhol’s fascination with exploring life’s dichotomy. Throughout his career, Warhol exposed the tenuousness existing between fame and shame and between life and death one silkscreen at a time. It is a real privilege to be able to stage this Warholian collision between the light and glory of Double Elvis and the darkness and underground grit of the Most Wanted Men.

Alex Rotter, Co-Chairman of Post-War and Contemporary Art, continued: “Despite its dark subject matter, Most Wanted Men No. 11, John Joseph H., Jr. fits perfectly within Andy Warhol’s Pop vernacular. Just as he did with his paintings of Elvis, Liz Taylor, Campbell’s Soup cans, and Coca-Cola bottles, Warhol set out to embrace the entire range of Americana. Thirty years later, the popularity of Television hits as America’s Most Wanted and the current trend for social media hashtags such ‘#hotfelon’ personified by Jeremy Meeks, this work demonstrates that the phenomenon which Warhol had identified is still alive and well. It is exceptionally rare that examples from this notorious series come to auction, and we expect that it will be met with enthusiasm across the collecting community.

Among his many depictions of American cultural icons, the subject of Andy Warhol’s Most Wanted Men No. 11, John Joseph H., Jr. stands as one of the most striking. With his chiseled features, dark, smoldering eyes and wavy brown hair, the could easily belong to one of the teenage matinee idols with which the artist began his career. Yet, with a police ID slate pinned to his jacket, and rendered in monochromatic Ben-day dots, this 22-year-old is actually a dangerous criminal, an armed robber wanted by the New York City Police Department.

In the beginning of 1963, the architect Philip Johnson approached Andy Warhol, along with Ellsworth Kelly, Roy Lichtenstein, Robert Indiana, Peter Agostini, John Chamberlain, James Rosenquist, Robert Mallary, and Alexander Lieberman, to create a mural-sized work to adorn the outside of the Panoramic Cinema Theater, a centerpiece of the New York State Pavilion at the World’s Fair to be held the following year. For his part, Warhol decided to reproduce, on a monumental scale, thirteen mugshots of various criminals taken from a booklet entitled The Thirteen Most Wanted Men.

The Thirteen Most Wanted Men series was controversial from the start. The large-scale mural was painted over just days after it was first installed, although the exact reasons have proved to be difficult to ascertain. Initially it was thought that Warhol himself had instigated this process, saying that he wasn’t happy with the final result. While press reports at the time reported that, “Mr. Warhol claims that the work was not properly installed and felt that it did not do justice to what he had in mind. Mr. Johnson [Philip Johnson, the architect] said yesterday that he was in agreement with the artist and ordered the mural removed from the building.” But perhaps more logically, it might have been felt by the fair’s organizers that a work of art depicting armed robbers and murderers was not in keeping with the fair’s theme of “Man’s Achievement on a Shrinking Globe in an Expanding Universe.” Whatever the precise circumstances around this act of censorship (or self-censorship), the resulting controversy has meant this series has an important place in the artist’s oeuvre.

Most Wanted Men No. 11, John Joseph H., Jr. was acquired first by Mickey Ruskin, the founder and owner of the legendary New York nightclub and restaurant Max’s Kansas City. Soon after it opened in December 1965, Max’s became the regular hangout of a new generation of New School painters and sculptors that included Robert Rauschenberg, John Chamberlain and Larry Rivers; other artists who frequented the venue included Brice Marden, Roy Lichtenstein, Richard Serra, Donald Judd and Dan Flavin. But perhaps their most famous patron was Warhol himself, who would often frequent the famous backroom, taking over the entire space and turning it into the epicenter of New York night life at the time. In addition to this distinguished provenance, the painting has been included in a number of important exhibitions including the seminal retrospective of Warhol’s work organized by New York’s Museum of Modern Art in 1989, and which later travelled to the Hayward Gallery in London and the Centre Georges Pompidou in Paris.