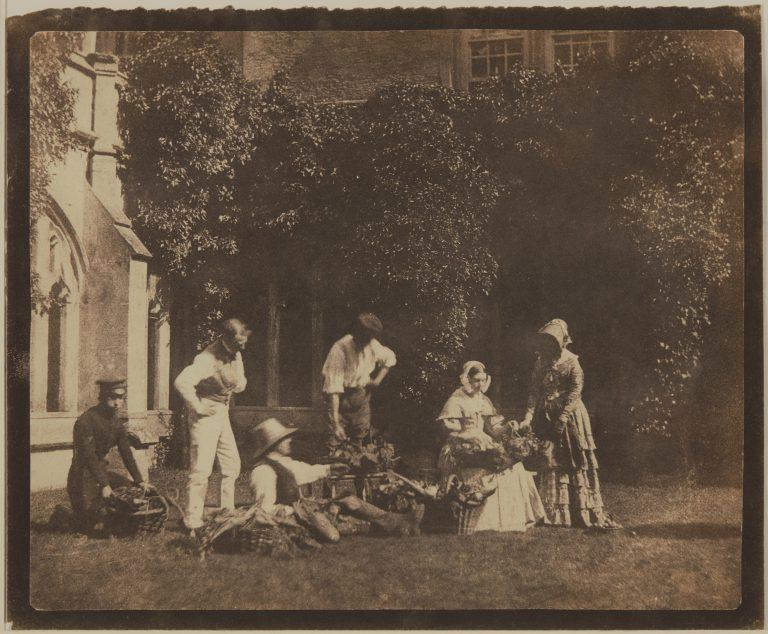 The largest Talbot show in years, will include 16 new acquisitions

Featuring more than 30 works by William Henry Fox Talbot (British, 1800–1877) and his circle from its own collection and from important public and private lenders, CMOA presents the largest US exhibition of Talbot’s photography in the last 15 years. In addition, 16 of the photographs on view will be recent acquisitions or promised gifts to the museum.

A true “gentleman scientist” of the Victorian period, Talbot combined his knowledge of chemistry, mathematics, and optics, with his interest in art, botany, and classics to invent the paper-based photography that dominated the field for most of the 19th and 20th centuries. Due to the fragile nature of the photographs, exhibitions of Talbot’s work are rare. This represents the first time ever that any of these photographs will be on view in Pittsburgh.

Talbot’s first documented experiments from 1839 and 1840 consisted of “photogenic drawings,” what we now call photograms. Talbot would place an object directly on a piece of paper sensitized with silver salts and leave it to expose in the sun. The results are impressions of leaves, flowers, and pieces of lace that are beautiful compositionsthat have other potential uses. Talbot understood that these early photographs could produce a botanical drawing faster and more accurately than ever before, and could instantly and endlessly reproduce lace patterns to facilitate manufacturing during the boom of the Industrial Revolution. Two of CMOA’s recent acquisitions, Buckler Fern and Leaves and Flowers of a Plant were created during this time, and represent some of the first photographs on paper ever made.

In 1841, Talbot patented the “calotype” process, a direct precursor to the positive and negative in darkroom photography that persists today.  The calotype allowed for picture-making in low-light conditions and with shorter exposure times meaning that interiors and portraits were possible.  Talbot relished this expanded subject matter, making photographs around his Lacock Abbey estate of family and friends.  Eventually, he even brought his equipment abroad to make pictures in other parts of Britain and the European continent.

Talbot’s final innovations in photography entailed his incorporation of photographs into printed books.  The reproducibility of his calotypes—and his photoglyphic and photographic engravings which printed images in ink—represented an entirely new way of disseminating pictures. Contemporary photographers continue to grapple with capturing, fixing, and sharing an image in the digital era. As a result, Talbot’s work feels as relevant today as it did 175 years ago.