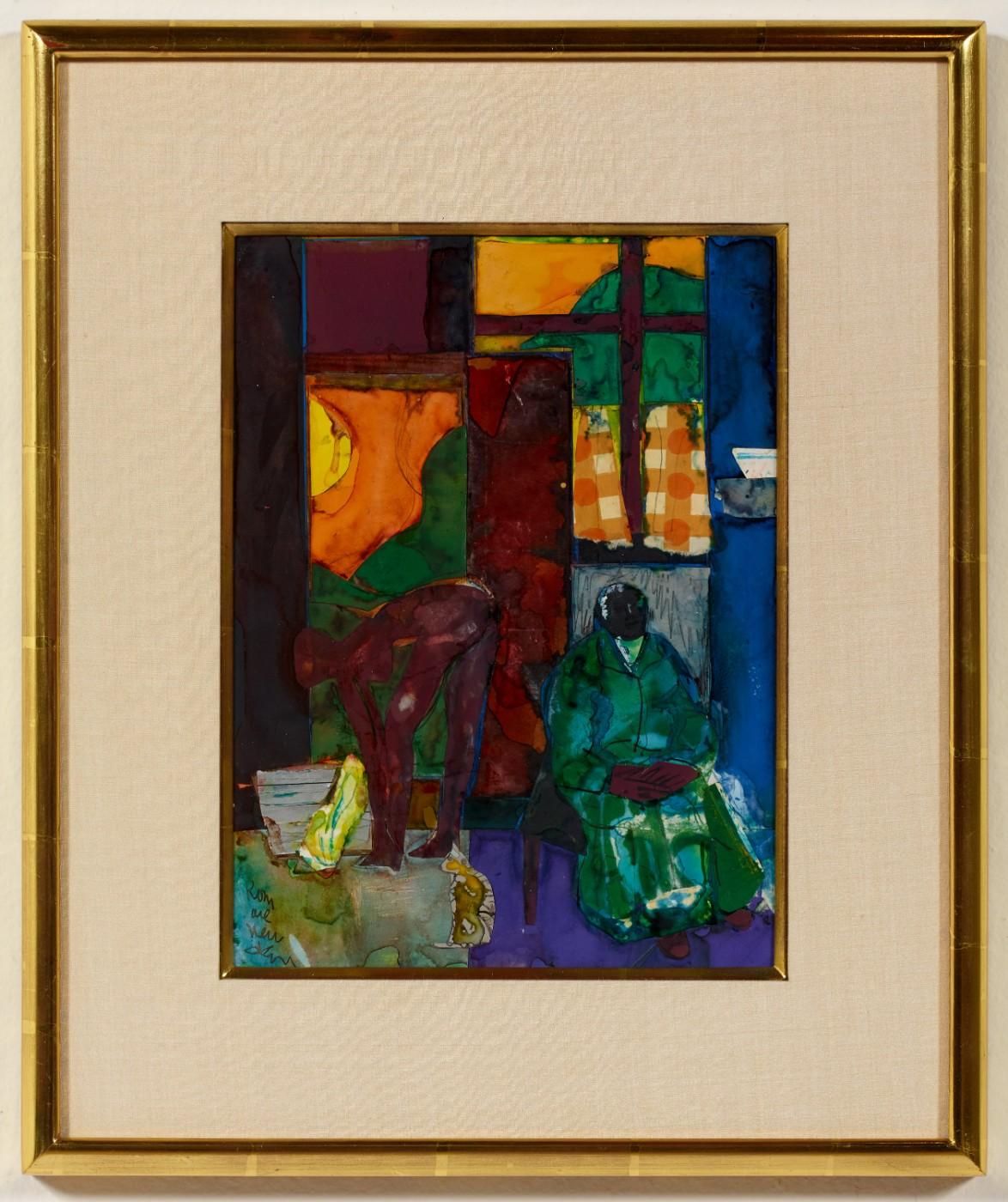 Aspects of Nude showcases the ways in which artists have portrayed the human form in its purest state: bare. For centuries the study of nude models, in various poses, has been a fundamental source for artists to master drawing skills and learn to represent the subtleties of the human physique. The works in this exhibition capture the essence of the male and female body through both realistic and abstract compositions using a spectrum of materials. The bronze surfaces of John Wilson’s Standing Woman (1980) and Charles Dickson’s Mae (2000) emphasize the curvatures of women likely of color; while Artis Marie Lane’s Emerging First Man (1997) illustrates the upward gaze of a man whose well-defined musculature surfaces from the earth. Frescoes by Alison Saar, photographs by Elisabeth Sunday and Tracy Brown, and paintings by Emmanuel Ekong Ekefrey and Elaine Towns, among other objects, reflect varied approaches to nude figures, using the body to convey emotions or tell particular stories. At times controversial, the subject of the nude remains an important one to artists. Their works, in turn, give viewers the permission to explore the distinctive ways in which the human figure can be rendered, celebrated, and transformed.

The majority of works in Aspects of Nude: Selections from the Permanent Collection are from the permanent collection of the California African American Museum, with additions from private collections. The exhibition is curated by Vida L. Brown, Visual Arts Curator and Program Manager.