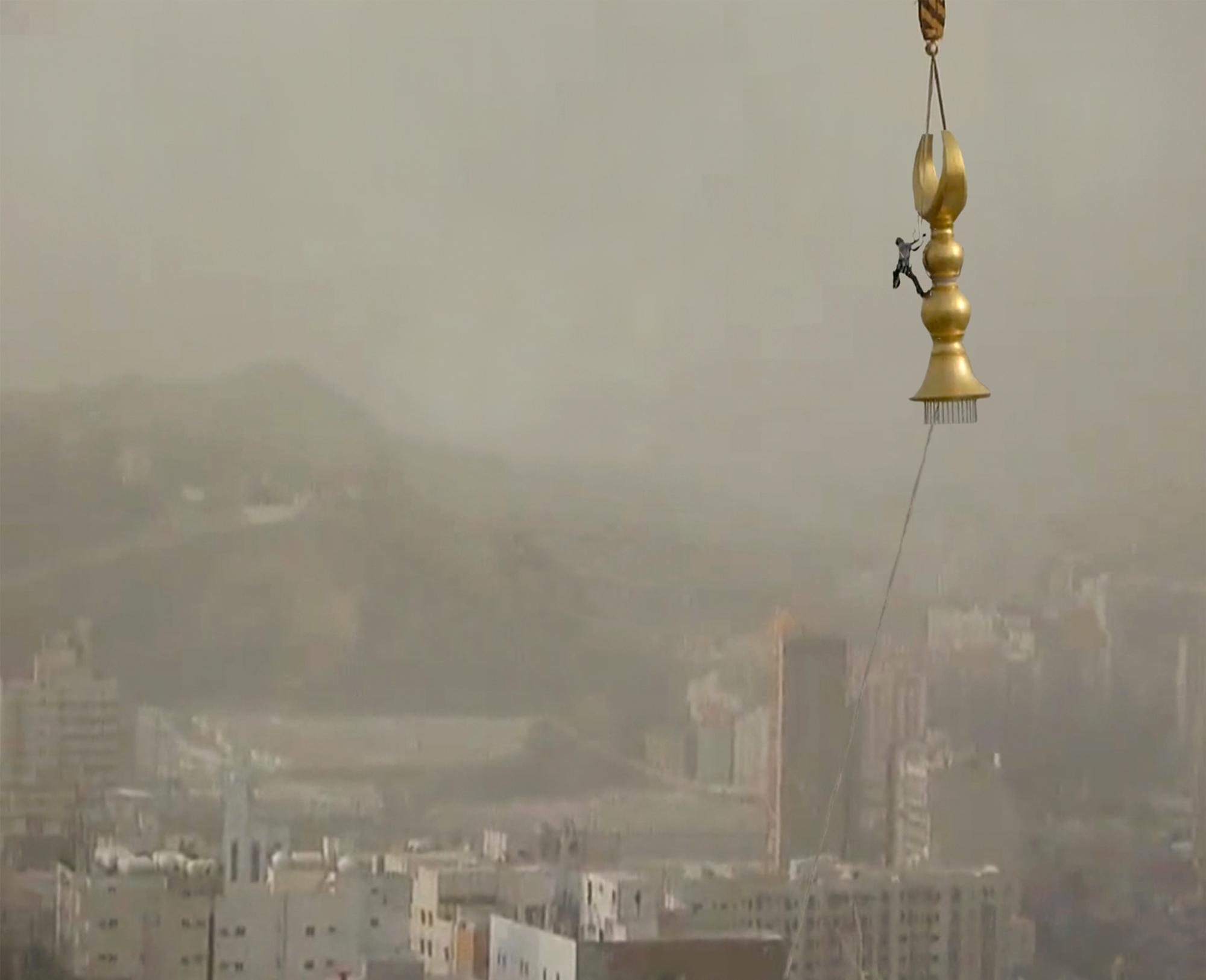 Courtesy of the artist. © Ahmed Mate

The Brooklyn Museum presents Ahmed Mater: Mecca Journeys, an unprecedented look into the changes unfolding in Mecca, by one of the most significant cultural voices documenting the realities of the iconic city. Saudi artist Ahmed Mater began his monumental documentary project in 2008, bearing witness to the extraordinary expansion, demolition, and new construction transforming the city. The exhibition features large-scale photographs of Mecca, as well as more intimate images of its diverse inhabitants, alongside six videos, a sculpture, and an installation piece. Focusing on the site of the annual hajj pilgrimage for millions of Muslims, as well as the living and working conditions of Mecca’s permanent residents, Ahmed Mater: Mecca Journeys presents a complex portrait of extreme urban redevelopment and the direct effects of the ongoing reconstruction of the holy city.

Ahmed Mater: Mecca Journeys is curated by Catherine J. Morris, Sackler Senior Curator for the Elizabeth A. Sackler Center for Feminist Art. The exhibition, on view from December 1, 2017, through April 8, 2018, is organized by the Brooklyn Museum in partnership with the King Abdulaziz Center for World Culture (Ithra) and is produced in collaboration with CULTURUNNERS.

“What started as a desire to show only the changes taking place has ended with a full and exhaustive depiction of a site that can be accessed only by those of the Islamic faith,” states Mater. “This collection of images, with their diverse and extreme points of reference, represents the deliberately experimental, meandering, and serendipitous nature of my journey to the heart of Mecca. They are testaments to the cultural and political conditions of contemporary Saudi society.”

The presentation is anchored by a suite of photographs from the series Desert of Pharan, published as a book, Desert of Pharan: Unofficial Histories behind the Mass Expansion of Mecca (Lars Müller Publishers, 2016), the artist’s monumental, multiyear documentary project that captures the voices and experiences of Mecca’s inhabitants and hajj pilgrims. For Mater, Desert of Pharan is an unofficial history of the social and political life of the city within the global context of the Muslim diaspora. Photographs on view document the influx of wealth into the city, including images of luxury hotel rooms with views of the Mecca Royal Clock Tower, as well as the lives of workers on construction sites, among them the large population of Rohingya who have immigrated to the city from Myanmar (formerly Burma) for decades.

Catherine Morris states, “As Mecca is a city that can be visited only by Muslims, I was drawn to Mater’s work as a window into a place and a cultural experience many people in the world will never have the opportunity to see first-hand. Before becoming an artist, Mater practiced as a medical doctor who specialized in community health, and his sensitivity to the implications of social well-being on an individual and a communal level, as reflected in the rapidly changing city, makes Mecca Journeys both a monumental cultural document and a highly personal exploration.”

Ahmed Mater: Mecca Journeys also presents the sculpture Magnetism (2009) and the installation piece Mecca Windows (2013–ongoing), as well as six videos that focus on the complex cultural dynamics at work in Mecca today. Fusing Mater’s scientific, religious, and cultural interests, Magnetism uses a black magnet surrounded by iron filings to suggest the congregation of pilgrims around the Ka‘aba, the holiest site in the Islamic world. On view for the first time, Mecca Windows is a floor-to-ceiling installation of windows saved from historical buildings, which are progressively being demolished in the city. During his time residing in Mecca, Mater befriended many immigrant workers and asked them to record their everyday encounters with the city. The resulting video, Leaves Fall in All Seasons (2013), stitches together mobile-phone footage that captures what these men considered pivotal moments, including the captivating image of a worker installing the golden crescent atop the Mecca Royal Clock Tower.

Ahmed Mater (born 1979, Tabuk, Saudi Arabia) is a multidisciplinary artist who creates work that investigates Islamic culture at the intersection of consumerism and religion. Mater grew up in Abha in the capital of Aseer, a region in southwest Saudi Arabia, near the Yemeni border. Trained as a physician, Mater studied at King Khalid University in Abha. In an artistic practice that combines interests in photography, film, performance, and sculpture, Mater creates work at once aesthetically masterly and politically engaged, utilizing scientific methodologies learned in his medical training to blend conceptual practices with Islamic subjects, themes, and aesthetics. He is also a manager and director of projects on international and regional platforms and, in 2017, was appointed Executive Manager, MiSK Art Institute—part of the Prince Mohammed bin Salman bin Abdulaziz Foundation. Mater lives and works between Riyadh, Jeddah, and Abha, Saudi Arabia.