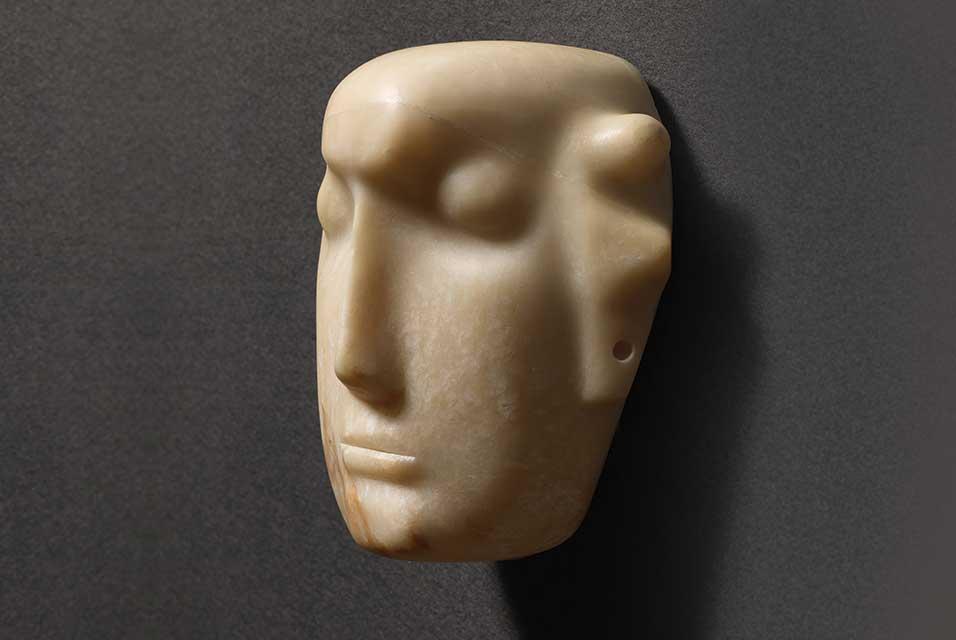 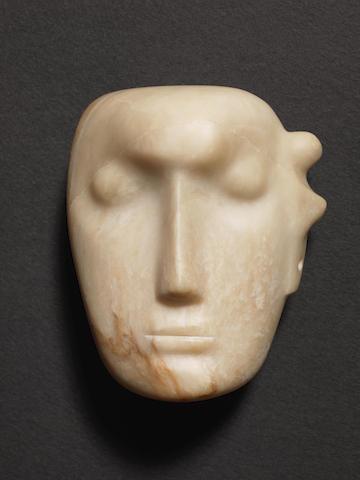 Mask, an extremely rare sculpture by Henry Moore, leads Bonhams Modern British and Irish Art sale in London on Wednesday 14 November. Estimated at £1,000,000-1,500,000, it is being offered for sale for the first time for more than 80 years, and has never before been put up for auction.

The work is one of 12 known, small carvings by Moore titled Mask, and, uniquely, is the only one carved from alabaster. It was created in 1929 and acquired in the early 1930s by Felix Salmon, whose family were founding members of the catering and hospitality company J. Lyons. By the time Felix was born in 1908, the company owned a chain of 250 teashops known as Lyons Corner Houses, and exclusive hotels and restaurants in central London. Felix was a director of the company.

Bonhams Director of Modern British and Irish Art, Matthew Bradbury said, "This is arguably the most visually appealing and beautiful from the Mask series that Moore executed between 1924 and 1930.

"It shows the deep impact of the 9th Century Toltec-Maya sculpture, Chac Mool from Yucatan in Mexico, which Moore first saw at the Trocadero Museum in Paris in 1925. Moore was also influenced by the great Romanian-born modernist sculptor Constantin Brancusi with his tenet of 'truth to materials', and by Amadeo Modigliani, whom Brancusi had encouraged to take up sculpture. Only four Masks remain in private collections, with others located in Tate, The Henry Moore Foundation and Leeds City Art Gallery."

Mask was shown at Henry Moore's first solo exhibition at Leicester Galleries in London in 1931 and has recently has been on loan to Leeds City Art Gallery, not far from Moore's home town of Castleford.