New York – On November 13, Bonhams will offer the first Keith Haring mural ever to come to auction. It has an estimate of $3-5 million and will be presented at Bonhams Post-War & Contemporary Art sale in New York.

One of Haring's least-known, best-hidden treasures, the monumental 85ft Untitled (The Church of the Ascension Grace House Mural) was painted by the artist circa 1983/1984 up three stories of the five story stairwell of Grace House, a former convent and home of the Catholic Youth Organization in Upper Manhattan. He painted it in a single night without a preparatory sketch or underpainting. The 13 figures, preserved in 15 separate sections, have been described as a "lexicon of Haring's vocabulary". It contains his iconic figures such as the Radiant Baby, the Barking Dog, and the figures dancing. The mural is being sold on behalf of Ascension Church to fund major capital projects at the parish, including significant accessibility upgrades. 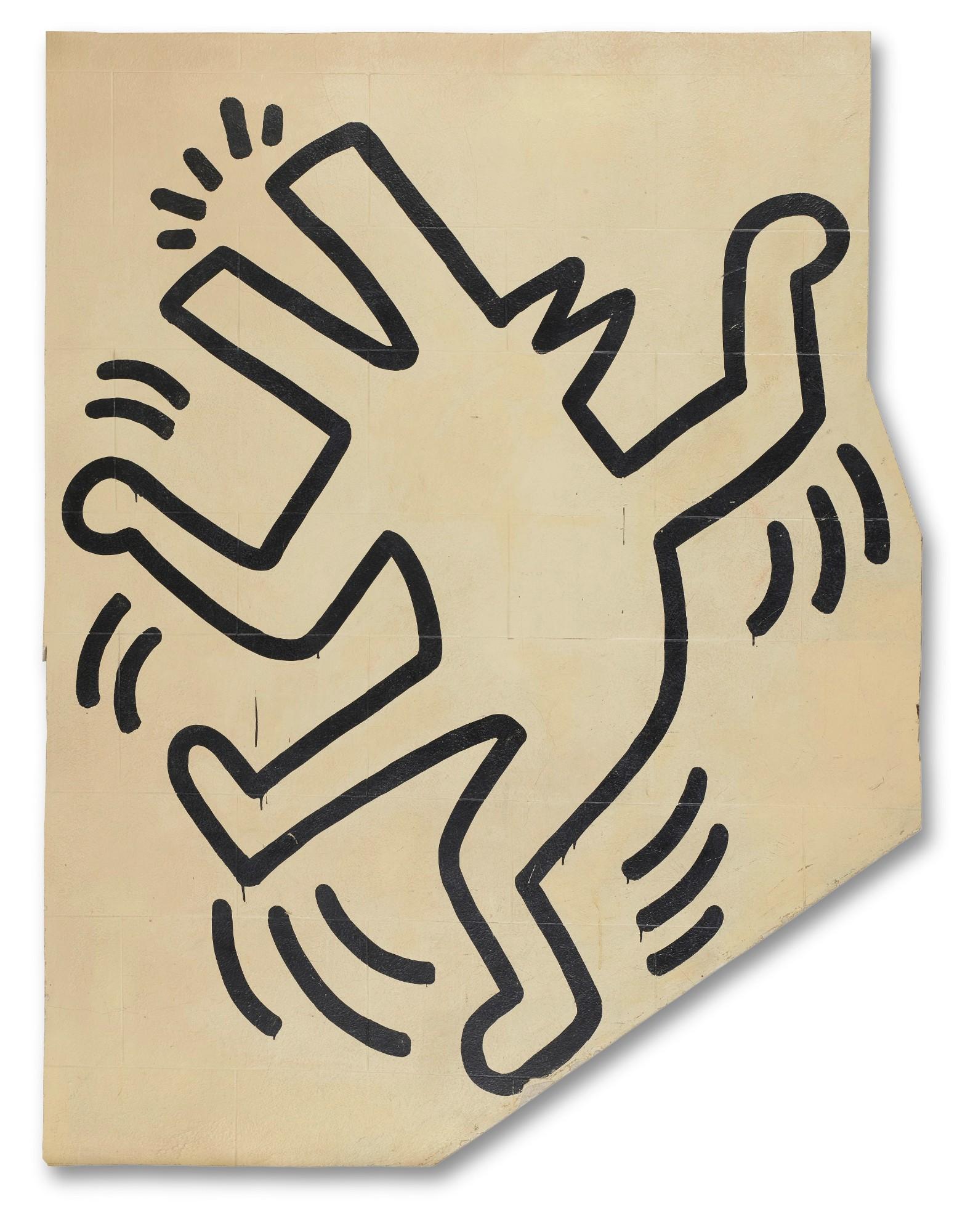 Keith Haring and Grace House
Keith Haring (1958-1990) is synonymous with the gritty, hedonistic, boundary-breaking, electric mix that was the downtown New York art scene of the 1980s. Even now in the 21st Century, 1980s New York has been understood and venerated as an artistic Golden Age, one which produced titans who continue to hold value and shape the international art world and market. Keith Haring was one of those key figures. His artwork, with its deceptively simple, bold lines, and dynamic figures in motion, instantly grabbed the world's attention. By expressing concepts of birth, death, sex and war, Haring's images have become widely recognized and celebrated internationally.

Haring was a regular fixture on the vibrant, no holds barred lower Manhattan club scene. Here he was mixing with the reigning kings of the art world, including Andy Warhol, Jean Michel Basquiat, and Kenny Scharf. One evening, Haring met two members of the Catholic Youth Organization, Benny Soto and David Almodovar, and they formed a tight friendship. Both went to work for Haring, Soto as an art assistant and Almodovar later managing Haring's Pop Shop in SoHo.

This friendship led to an invitation to Grace House, where Haring agreed to paint its stairwell. He knew exactly what he wanted to do: impressively, he completed the mural without working out the composition in a sketch or an underpainting in advance. The spontaneous mural begins with the Radiant Baby and ends at the third-floor landing with a figure that seems to dive into a doorway, with only its lower half visible. 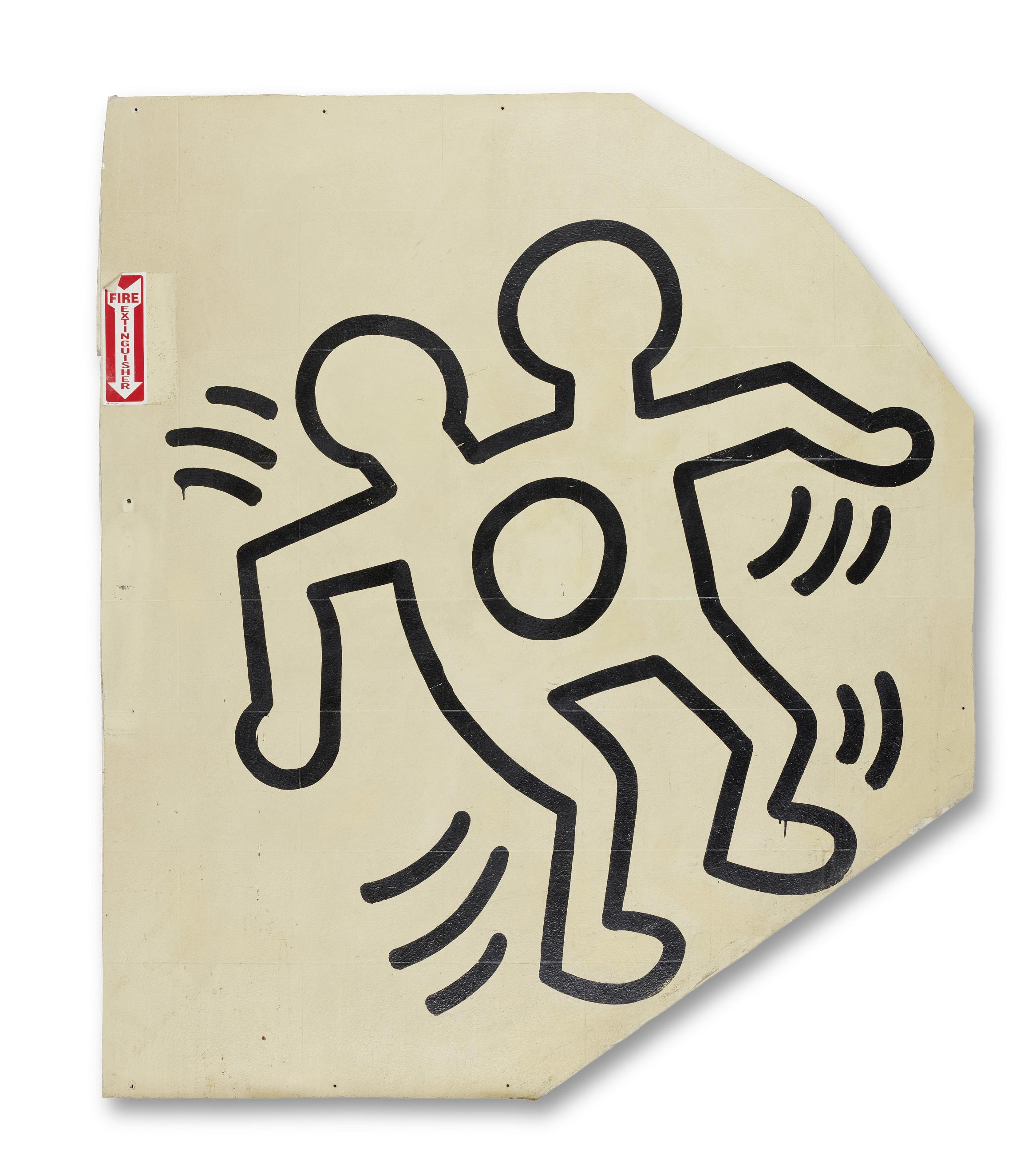 Throughout his career, Haring led art workshops for children in museums and schools around the world and devoted much of his time to public works, which often carried social messages. He produced more than 50 public artworks between 1982 and 1989, in dozens of cities around the world, many of which were created for charities, hospitals, children's day care centers and orphanages.

Bruno Vinciguerra, Bonhams Executive Chairman, commented: "Keith Haring's Grace House Mural encapsulates a classic New York story by the ultimate New York artist. Haring's ingenuity and spontaneity shine through this astonishing monumental work. Its history and its composition make it one of the most exciting lots to come on to the market this year."

Rev. Daniel S. Kearney, Pastor of Ascension Church, said: "The Grace House Mural not only reveals Keith Haring's innate humanity, but also the strong charitable commitment in his art and his dedication to young people. Ascension Church has been great stewards of this mural since it was first painted, and intentionally partnered with world class art conservation and logistics experts to save and preserve the integrity of the art, so that it can continue to serve as a powerful legacy of Keith Haring's work and the way in which he reached out to communities outside of the art world."

"The leadership of Ascension Church went above and beyond in stewarding these remarkable murals. At their direction, we explored all options to ensure the individual figures were extracted and stabilized in exceptional condition," said Jeff Greene, Chairman and Founder of EverGreene Architectural Arts. "Through two years of planning, analysis, and proofs-of-concept, EverGreene ensured the removals maintained the mural's contextual integrity within the building and their relationship to the architecture. In some cases, this included retrieving and incorporating architectural elements, such as plaques, which contributed to the original design intent."