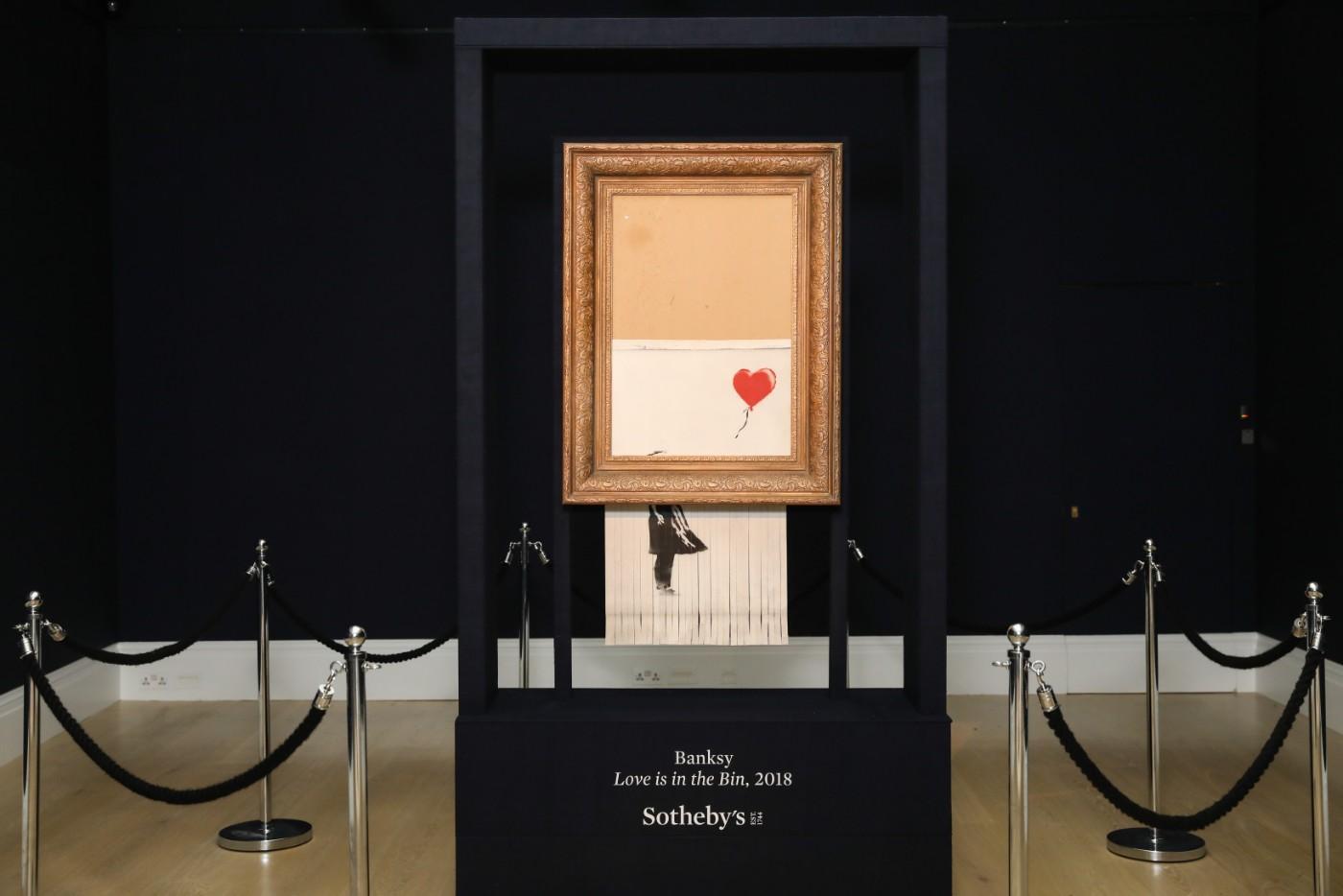 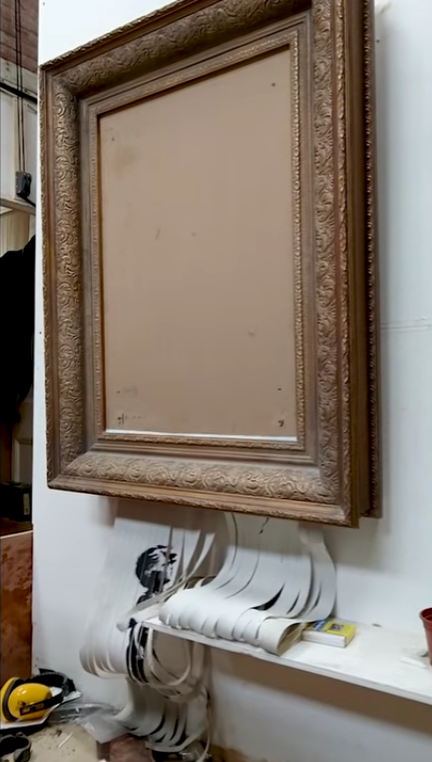 In a new video titled "Shredding the Girl and Balloon - The Director’s half cut," Banksy reveals the inner workings of his now-famous shredder-frame. Making its debut earlier this month at Sotheby’s Contemporary Art Evening Sale on October 5, an unsuspecting bidder purchased Banksy’s Girl with Balloon for nearly $1.4 million. The work was housed in an elaborate Victorian-style frame, like one might find in any of the great halls of art around the world. The heavy, classical frame was in seeming contrast with Banksy's work, who is known for his graffiti, a medium once but no longer considered "low" art.

Soon after the hammer fell, auctioneers and bidders alike found out the frame was more than just a visual joke about how we value art. At the sound of a loud, beeping alarm, Girl with Balloon was fed through a shredder hidden in the bottom of the frame, leaving at least half of the work in tatters and shocking everyone in the room, and audiences worldwide.

In a new behind-the-scenes video published this week, it appears that only half-shredding the work was a malfunction. "In rehearsals it worked every time..." reads the text introducing a clip showing another version of Girl with Balloon being fully destroyed. The video also reveals the fateful pushing of the button that triggers the hidden shredder, suggesting that this person was in the auction house.

Following the auction and the media frenzy Banksy's prank inspired, the artist declared the half-destroyed Girl with Balloon to now be a new work of art, titled Love is in the Bin. The original purchaser of Girl with Balloon agreed to go through with the sale and is now the owner of the new work. Given the notoriety of this stunt, it seems a safe assumption that the anonymous bidder's original investment has already increased in value. Had the shredder been more successful, leaving only a pile of paper scraps beneath it rather than a dangling work, this may not have been the case.