Balthazar: A Black African King in Medieval and Renaissance Art 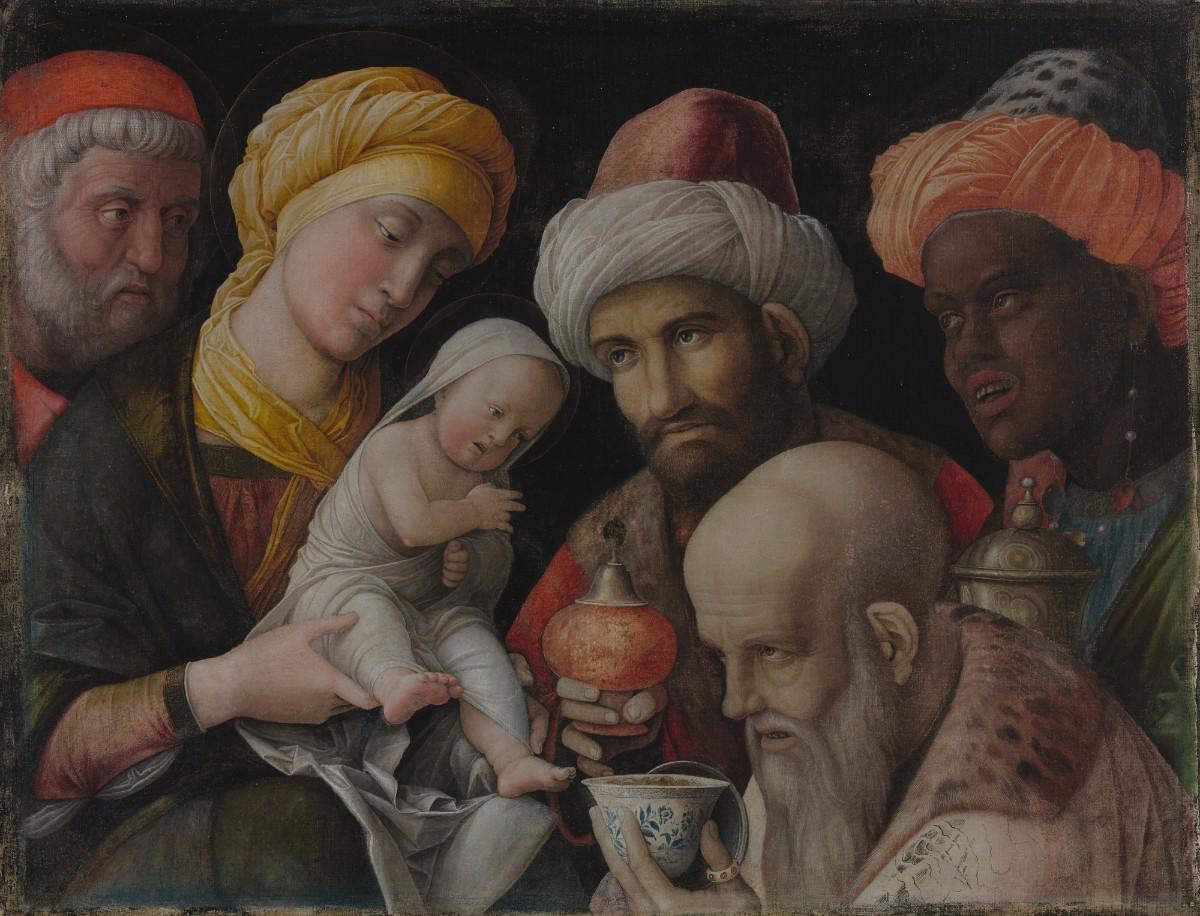 Early medieval legends report that one of the three kings who paid homage to the Christ Child in Bethlehem was from Africa. Written accounts sometimes describe Balthazar, the youngest magus, as having a dark complexion. Nevertheless, it would take nearly 1,000 years for European artists to begin representing him as a Black man. 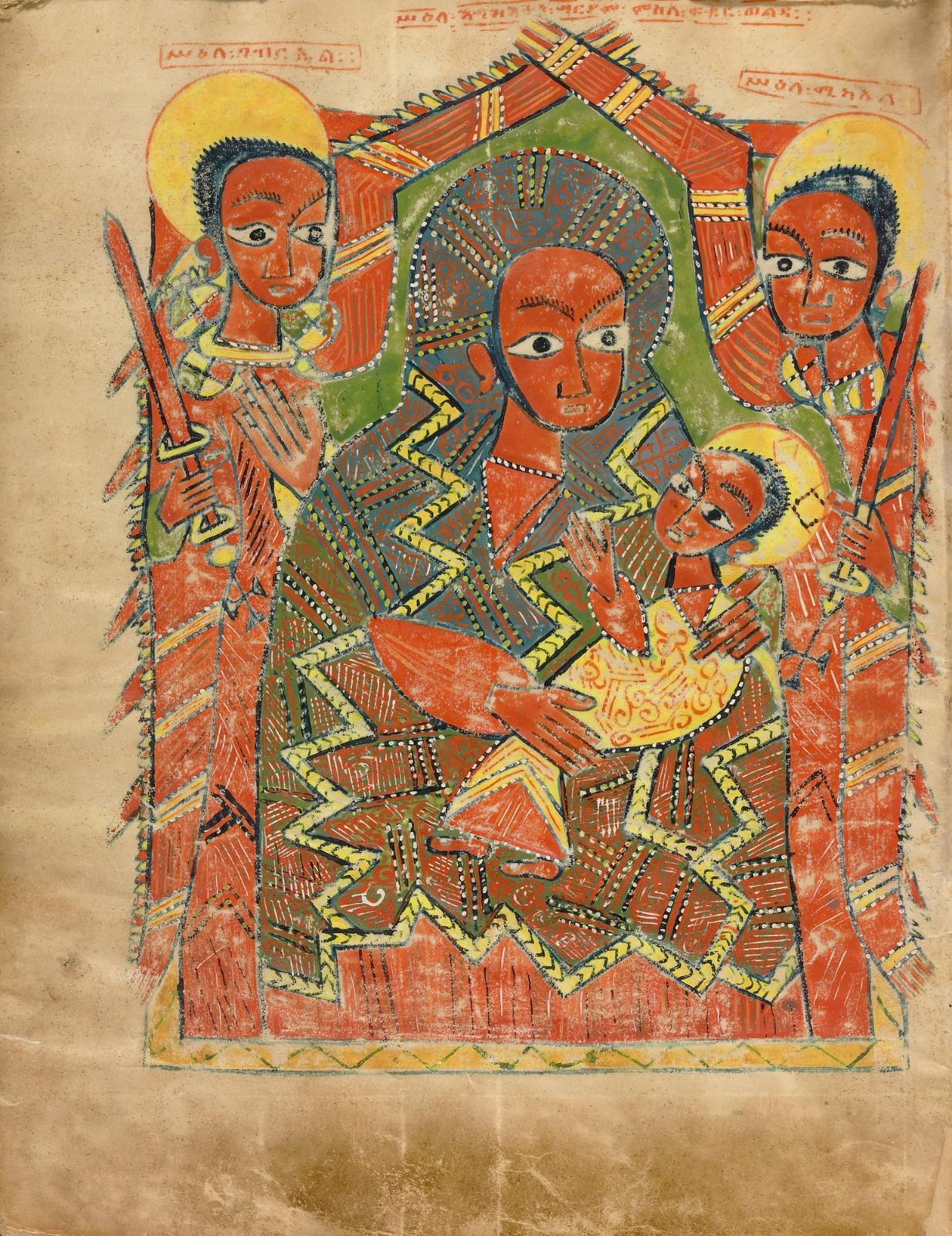 Unknown, The Virgin and Child with the Archangels Michael and Gabriel, about 1504 - 1505. Tempera on parchment.

Balthazar: A Black African King in Medieval and Renaissance Art, an exhibition at the Getty Center Museum on view from November 19, 2019 to February 16, 2020, examines how representations in European art of Balthazar as a Black African coincided with the increased interaction between Europe and Africa, particularly with the systematic enslavement of African peoples in the fifteenth century.

“This exhibition examines the illuminated manuscripts and paintings in the Getty’s collection that tell the story of Balthazar, placing this artistic-religious narrative in the context of the long history of material trade networks between Africa and Europe,” says Timothy Potts, director of the Getty Museum. “By exploring how his representation coincided with and was furthered by the rise of the slave trade, we can begin to understand the works of art in our collection, and the broader historical and cultural phenomena they reflect, in new ways.”

According to the Gospel of Matthew, “magi from the East” paid tribute to the newborn Christ with offerings of gold, frankincense, and myrrh. Magos is an ancient Greek word for a Persian priest-astrologer or dream interpreter. Revered as wise men, they came to be known as three kings because of the number and richness of their gifts. European writers later assigned names to these individuals, Caspar, Melchior, and Balthazar, and specified that the kings came from the three then-known continents of the world: Europe, Asia, and Africa. Despite further written descriptions of Balthazar as a Black African, European artists continued for centuries to represent him as a White king. Such treatment was not exclusive to the magi. Medieval European artists typically (and potentially inaccurately) represented biblical figures as White, indicating cultural or racial difference only though costume or attribute.

In the earliest example of the Adoration of the Magi (about 1030-40) in the Getty’s collection, the three kings are virtually identical and are represented as three White men. Only Caspar, the eldest, is distinguished by his gray beard and slightly longer robes. The exhibition contains other examples in which Balthazar’s African origin was communicated through his turban, which resembled that of the Mamluk sultan of Egypt, or his leopard-pelt headdress. The materials that the magi held and gifted, including hardstone vessels and gold, also carried powerful geographic associations with lands distant from Europe. 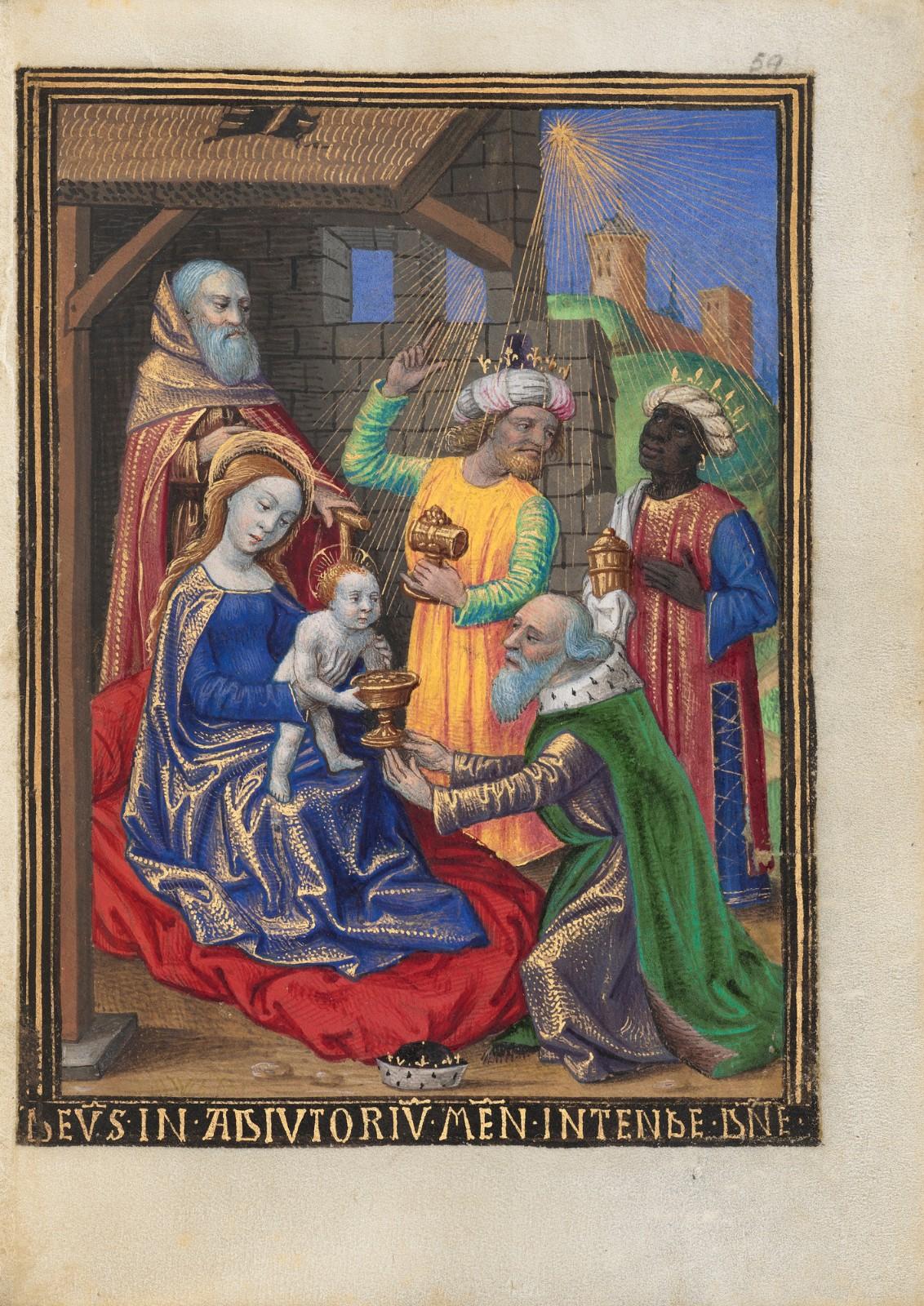 Trade was an essential way people knew the world during the Middle Ages and Renaissance. African elephant ivory and gold circulated across the Sahara Desert and up the Swahili Coast into the Mediterranean and Europe. Commerce in gold brought inhabitants of both continents into frequent contact, and Black African soldiers served in the courts of medieval European rulers. Diplomacy offered yet another point of contact. In the fifteenth century, Ethiopian rulers sent church delegations to Italy in an attempt to forge alliances, both religious and military, with Rome. In the exhibition this story is presented through a Gospel book from the northern monastery of Gunda Gunde.

In the 1440s, with the Portuguese incursions into West Africa, the slave trade escalated in unprecedented ways, industrializing the practice and bringing thousands—ultimately millions—of subjugated Black Africans into Europe and the Americas.

It was at precisely this historical moment that artists began representing Balthazar as a Black African with some frequency. European artists also often alluded to his African identity by depicting him as White but with a Black attendant. This frequent juxtaposition of White ruler and Black servant in fifteenth-century images of the magi reflects the very real commodification of Black Africans in Europe at the time.

One intriguing manuscript in the exhibition provides a tangible case study for the emerging interest in depicting Balthazar as Black. The manuscript, first painted about 1190-1200, had included several images of the magi as White men. Some time in its later history, likely when the book was modified in the fifteenth century, Balthazar’s face was tinted with a brown wash in several places (the opening on display will show The Magi Approaching Herod). Such changes to illuminated manuscripts reveal the evolving worldviews of their audiences. Could the increased number of Black Africans in England at this time have prompted the later artist to revise the figure of Balthazar in the older manuscript?

Potts concludes, “There is so much that cannot now be known about the countless Africans who inspired works such as those on view in the gallery. Although many of their names have been lost to time, we are hoping, through case studies, that this exhibition will pull back the veil on the long history of Africans in pre-modern Europe.”

Balthazar: A Black African King in Medieval and Renaissance Art is curated by Kristen Collins, curator in the Manuscripts Department and Bryan C. Keene, associate curator in the Manuscripts Department, and will be on view November 19, 2019 through February 16, 2020 at the Getty Center Museum. The curators of the exhibition shared their inspiration for the project on the Getty Iris, and they are developing further social media content for the run of the show.