Away from the Easel: Jackson Pollock’s Mural

As part of the public reopening of the Solomon R. Guggenheim Museum on October 3, the museum presents Away from the Easel: Jackson Pollock’s Mural, a focused exhibition dedicated to the first monumental painting by American artist Jackson Pollock (1912–1956). Commissioned by visionary collector and dealer Peggy Guggenheim for her Manhattan home in the summer of 1943, during a pivotal moment in the evolution of Pollock’s artistic style, Mural was completed by the end of that same year. The current presentation is the first time this work has been on view in New York in more than 20 years and marks the painting’s debut at the Guggenheim Museum. Along with Mural, the exhibition features three additional works by Pollock. 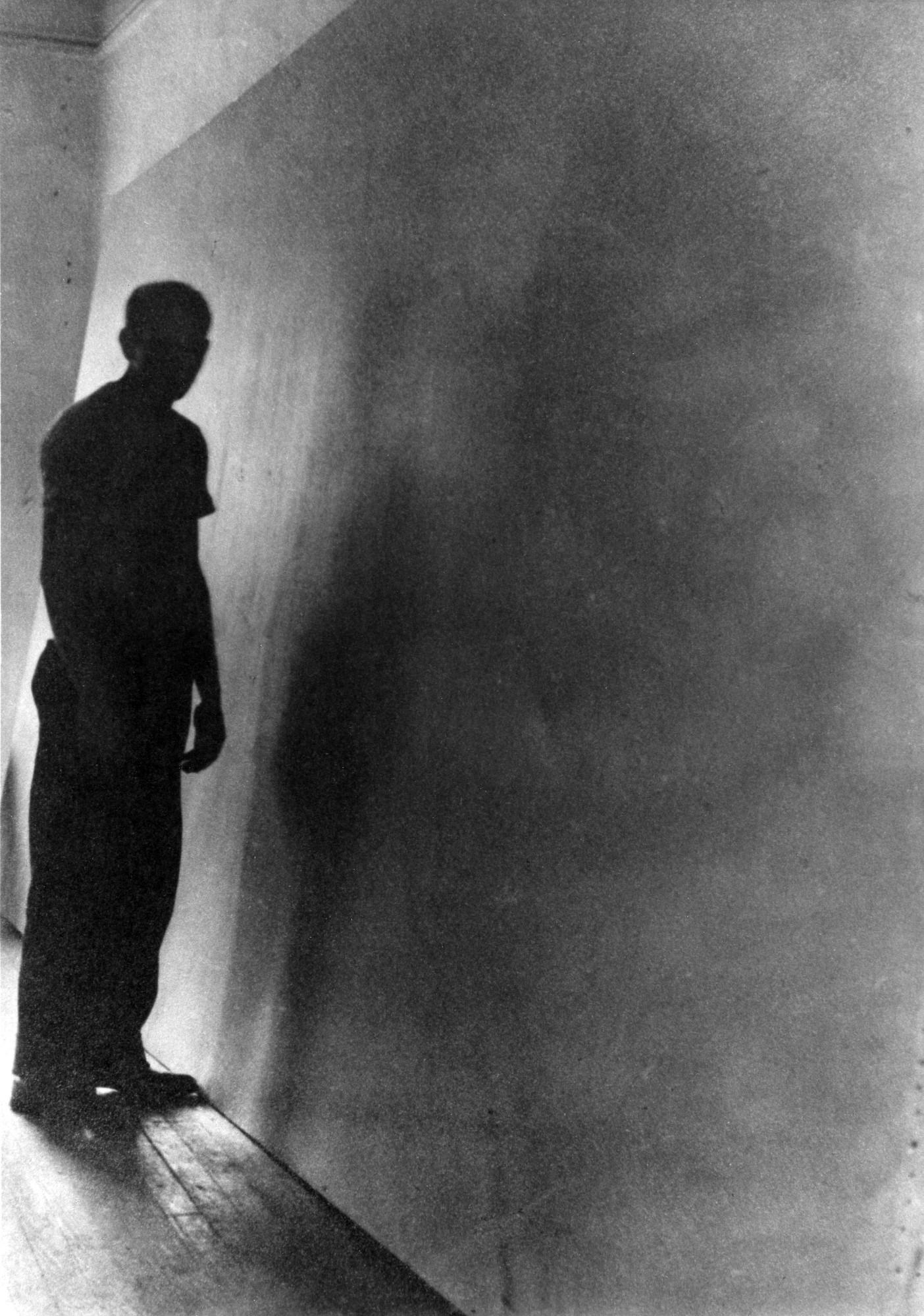 Jackson Pollock with the unpainted canvas for Mural in his and Lee Krasner’s Eighth Street apartment, New York, summer 1943.

Nearly 20 feet wide by 8 feet tall, Mural is Pollock’s largest painting. The work was a breakthrough for the artist and marked a transformational year. During his brief time working as a custodian and preparator at New York’s Museum of Non-Objective Painting (the first inception of the Guggenheim Museum) in 1943, Peggy Guggenheim gave him a contract with a monthly stipend that permitted him to paint full-time. Her early support of Pollock’s work arguably established his career. Following the commissioning of this painting, the artist had his first solo exhibition, held at Guggenheim’s museum-gallery, Art of This Century, later that year. Though he was not yet working consistently on the floor and from all sides, it was during this time that Pollock began to challenge traditional notions of painting, combining the technique of easel painting with that of mural production, all while further experimenting with abstraction. Pollock stretched the enormous canvas, even tearing down a wall in his downtown apartment to make room to work on it upright. As he stated in a 1950 interview with William Wright, “[T]he direction that painting seems to be taking here is away from the easel—into some sort of wall painting. . . . ” 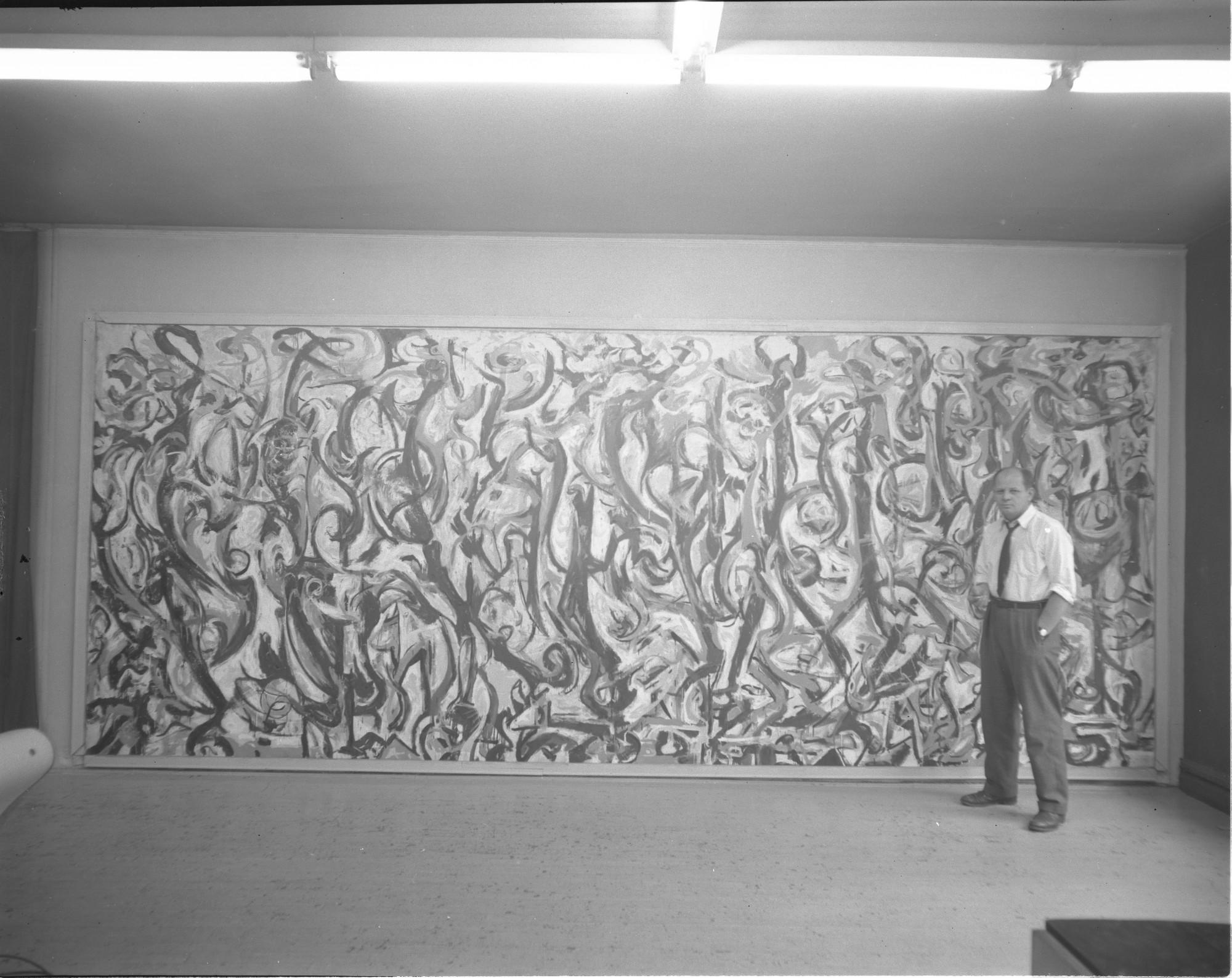 Mural would later be donated by Guggenheim to the University of Iowa, Iowa City, along with several other works, following Guggenheim’s relocation to Venice in 1947. It now resides in the collection of Iowa’s Stanley Museum of Art. The painting was the subject of an extensive research and treatment project begun in 2012 by the Getty Conservation Institute and the J. Paul Getty Museum, Los Angeles. It was during this analysis that the legend that Mural had been painted for the most part in a single night was confirmed to be untrue, among other findings. While certain elements of the composition were laid down in an initial burst of activity, the final work was completed over an extended period of time. 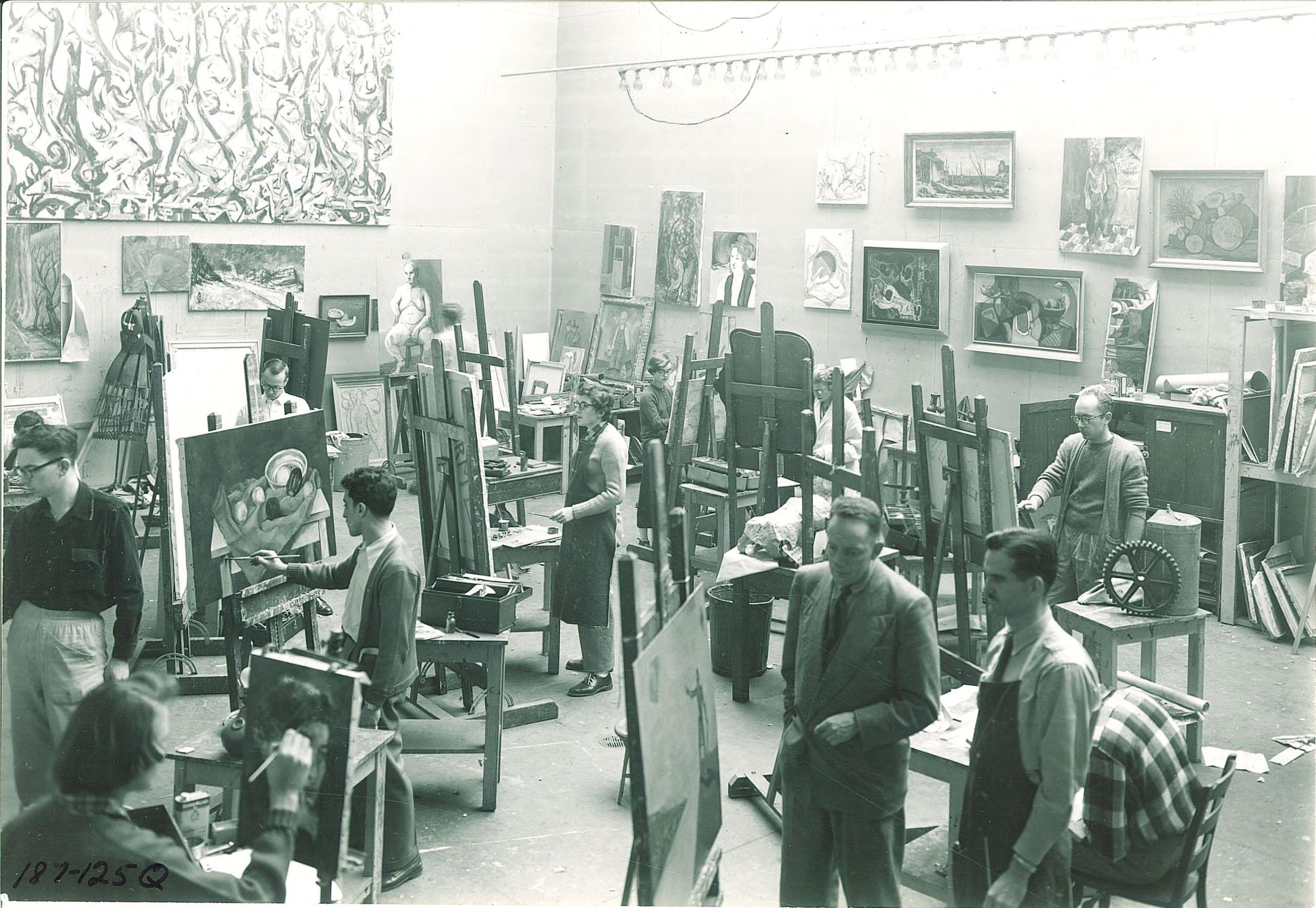 In conjunction with this exhibition, the Guggenheim Museum concurrently presents Knotted, Torn, Scattered: Sculpture after Abstract Expressionism, which considers the legacy of Pollock’s groundbreaking Mural through works by Guggenheim collection artists from the 1960s and early 1970s.