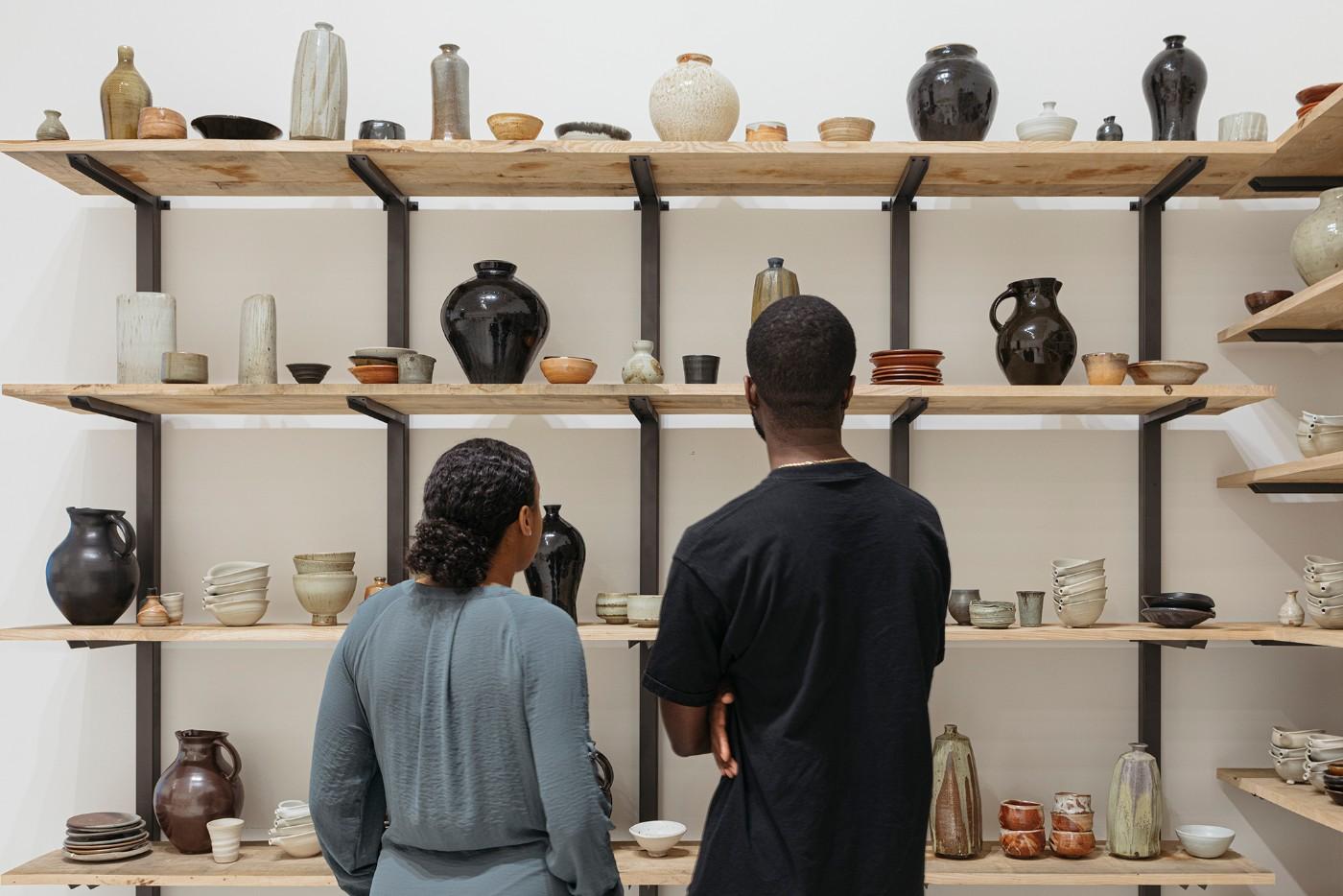 MINNEAPOLIS — “How do we deal with abandonment, ruin, decay? How do we start to imagine ourselves as deeper caretakers of the things that exist in the world?” —Theaster Gates

Theaster Gates’s (US, b. 1973) multifaceted practice includes sculpture, installation, performance, and architectural interventions. An important aspect of his work entails reclaiming and revitalizing abandoned buildings in neighborhoods across Chicago’s South Side. These spaces, called Dorchester Projects and the Stony Island Arts Bank, have become catalysts for creative and cultural gatherings, and now serve as repositories for thousands of objects. Taking things that have been cast aside from libraries, archives, and collections, the artist asks us to consider what it means to invest objects with new meanings through the simple acts of conversation, conservation, creation, and care. 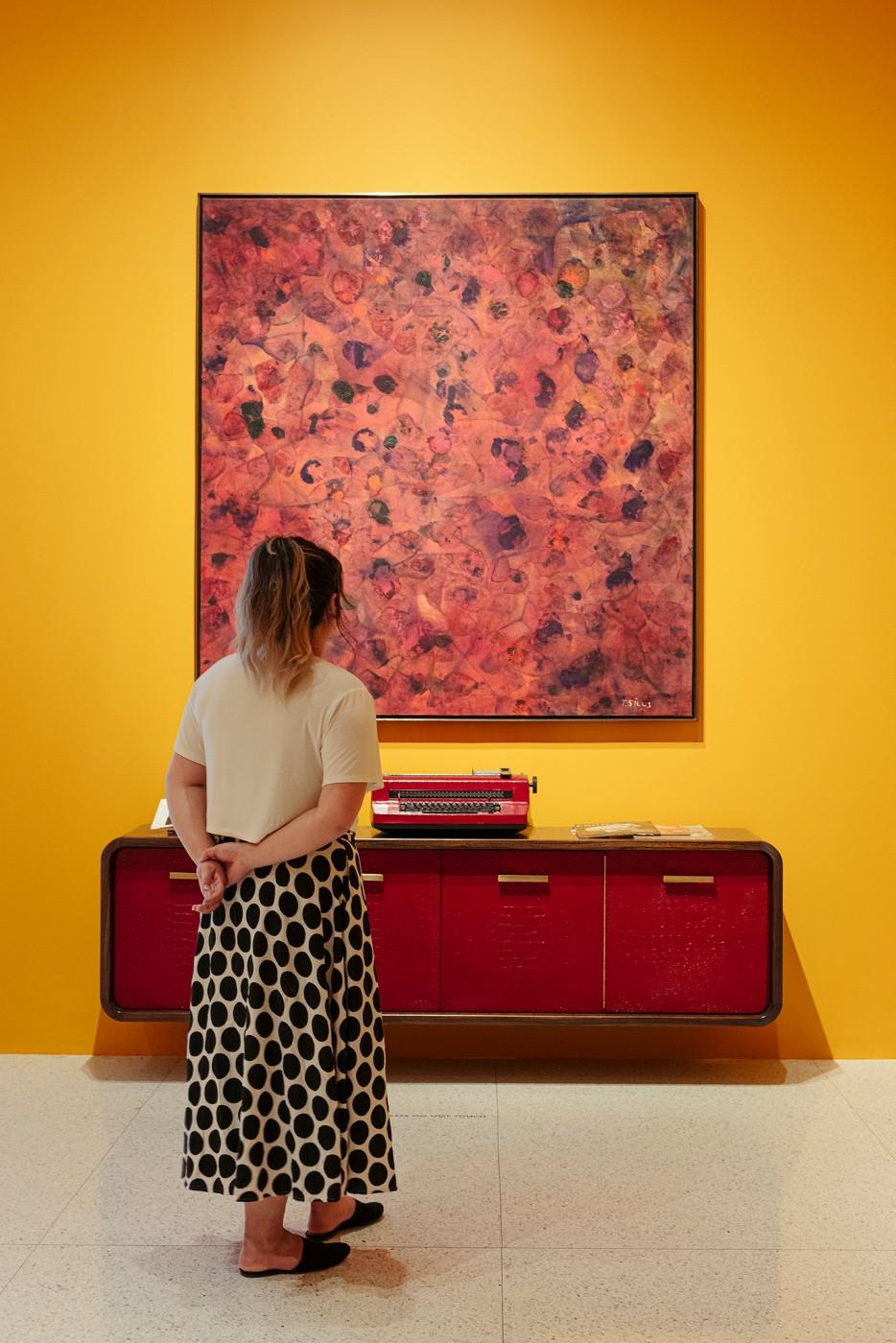 This exhibition brings a number of Gates’s collections into a museum context for the first time. The Walker’s galleries will be transformed into a Gesamtkunstwerk, or total work of art, which transposes the artist’s vast collections and studio environment into four immersive rooms, each infused with his poetic interventions. Included are selections from 60,000 slides of art/architectural history from the University of Chicago Glass Lantern Slides Collection; 15,000 books and periodicals, furniture, and other ephemera from the Johnson Publishing Company Archives & Collections; 4,000 objects from the Edward J. Williams Collection of “Negrobilia”; and ceramic pots and other wares that the artist has made or collected over the past decade. Taken together, the objects on view speak to what Gates calls “the truth of the everyday” and demonstrate his “deep belief in the objects and histories of African American material culture.”

In 2017 Gates unveiled his first permanent outdoor commission Black Vessel for a Saint (2017) in the Minneapolis Sculpture Garden. Composed of custommade black bricks, the temple-like structure provides a home for a salvaged statue of Saint Laurence, the patron saint of librarians and archivists. 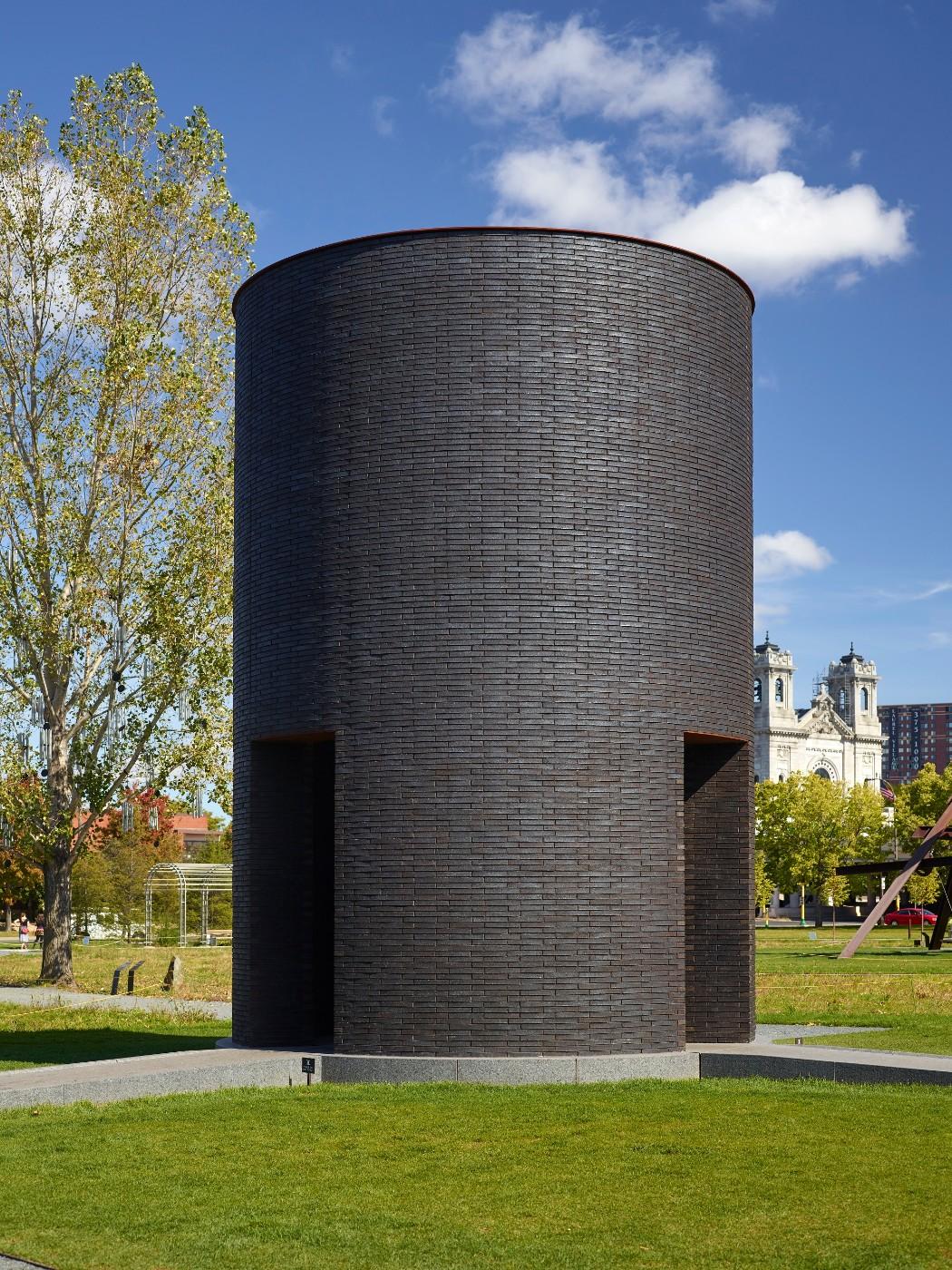 Theaster Gates, Black Vessel for a Saint in the Minneapolis Sculpture Garden, 2017.

ABOUT THEASTER GATES
Theaster Gates (b. Chicago, 1973) is an American installation and sculpture artist. He first encountered creativity in the music of Black churches on his journey to becoming an urban planner, potter, and artist. Gates creates sculptures with such materials as clay, tar, and rundown buildings, transforming the raw material of urban neighborhoods into radically reimagined vessels of opportunity. Many of the artist’s works evoke his African-American identity and the broader struggle for civil rights, from sculptures incorporating fire hoses, to events organized around soul food, and choral performances by the experimental musical ensemble Black Monks of Mississippi, led by Gates himself.

Gates has received widespread international recognition for such presentations as Gone Are the Days of Shelter and Martyr at the Venice Biennale (2015) and 12 Ballads for Huguenot House at Documenta 13 (2012). Recent solo exhibitions include The Black Image Corporation at Fondazione Prada, Milan (2018); Black Madonna at Kunstmuseum Basel (2018); and Black Archive at Kunsthaus Bregenz, Austria (2016). He currently serves as a professor at the University of Chicago; an artist in residence at the Getty Research Institute, Los Angeles; and a visiting artist at Colby College, Waterville, Maine.

Apart from the Minneapolis Sculpture Garden, Gates has previously presented several works at the Walker Art Center, including presentations in the 2016 exhibition Question the Wall Itself and the 2014 exhibition Radical Presence: Black Performance in Contemporary Art. He also collaborated on the 2012 performance of Marc Bamuthi Joseph’s red, black & GREEN: a blues.