Apollo’s Muse: The Moon in the Age of Photography 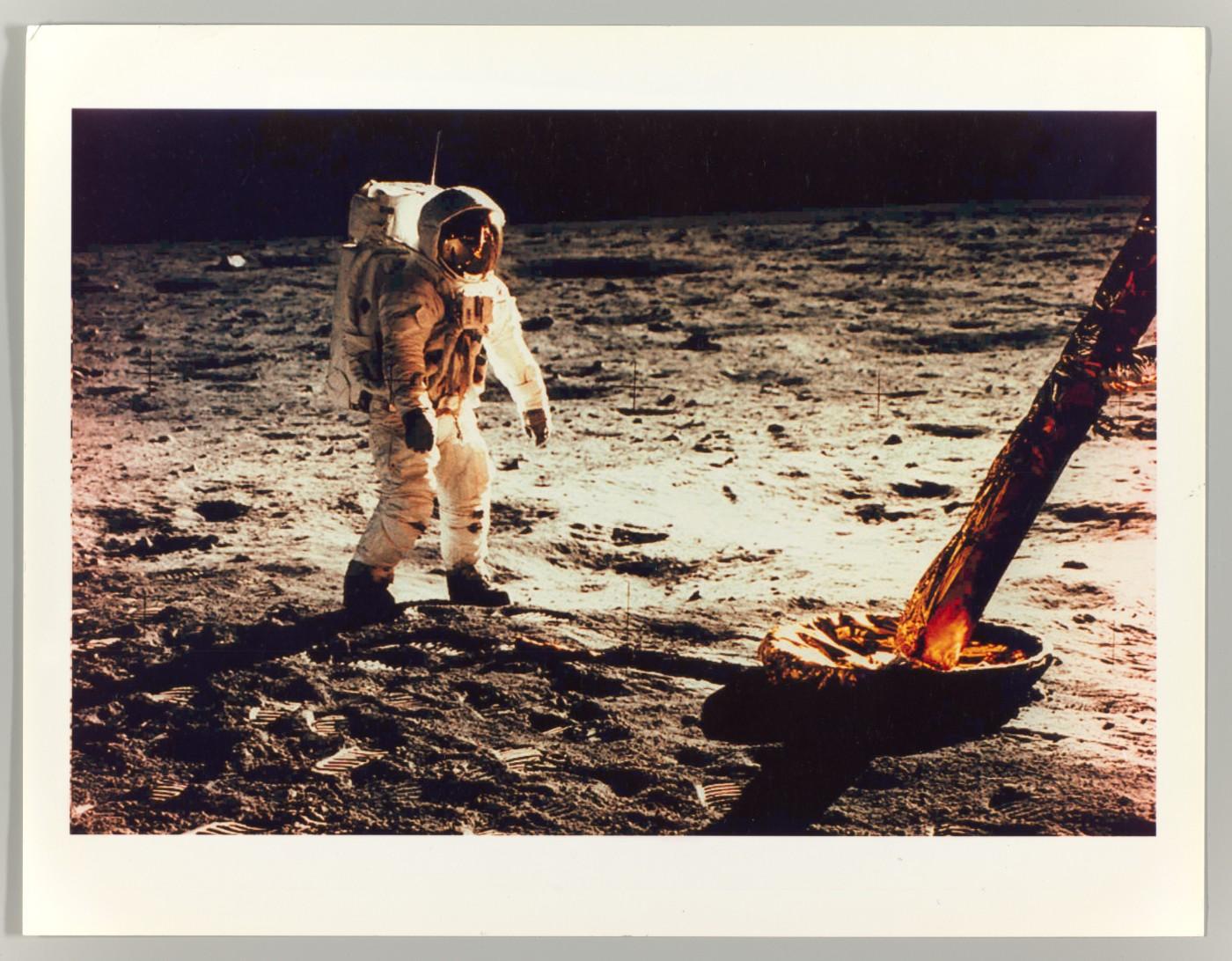 Neil Armstrong, Buzz Aldrin Walking on the Surface of the Moon Near a Leg of the Lunar Module, 1969

On July 20, 1969, half a billion viewers around the world watched as the Apollo 11 mission beamed back to earth the first television footage of American astronauts on the moon. This groundbreaking moment dramatically influenced the history of images and expanded the bounds of human perception. To celebrate the 50th anniversary of the Apollo 11 moon landing, The Metropolitan Museum of Art will present visual representations of the moon from the dawn of photography through the present in the exhibition Apollo’s Muse: The Moon in the Age of Photography. Opening on July 3, the show will feature more than 170 photographs together with a selection of related drawings, prints, paintings, films, video art, astronomical instruments, and cameras used by Apollo astronauts. 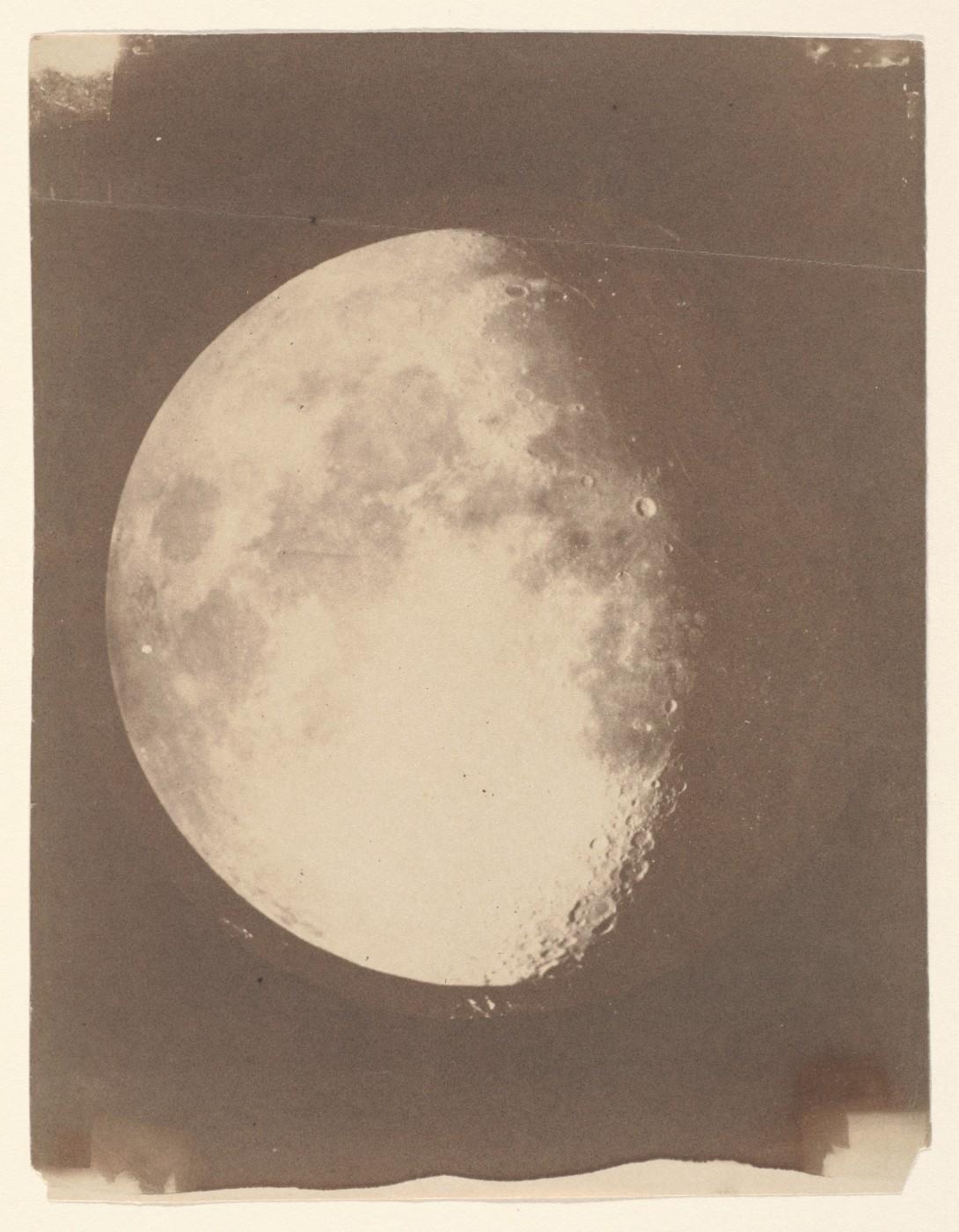 The exhibition is made possible by OMEGA.

Additional support is provided by the Enterprise Holdings Endowment and The Horace W. Goldsmith Foundation.

“The moon has long been a nearly universal source of fascination and inspiration,” said Max Hollein, Director of The Met. “This exhibition shows us how photography introduced new dimensions to its documentation and interpretation, and explores the tremendous impact that the 1969 moon landing had on artists of the time—the lasting effects of which still resonate today.”

Apollo’s Muse will trace the progress of astronomical photography and attempts to produce ever-sharper images of the moon, particularly during the 130-year period between the invention of photography in 1839 and the moon landing in 1969 as astronomers and artists capitalized on technological improvements to cameras and telescopes to create ever more accurate visual records of the lunar surface. Exhibition highlights will include two newly discovered lunar daguerreotypes from the 1840s, believed to be the earliest existing photographs of the moon, and works by such pioneers of lunar photography as Warren De La Rue (1815–1889), Lewis Morris Rutherfurd (1816–1892), and John Adams Whipple (1822–1891). A stunning photographic atlas of the moon, produced at the Paris Observatory between 1894 and 1908 by the astronomers Maurice Loewy (1833–1907) and Pierre Puiseux (1855–1928), will be displayed for the first time in its entirety.

Alongside these scientific achievements, the show will explore the use of the camera to create fanciful depictions of space travel and life on the moon, including George Méliès’s (1861–1938) original drawings for his film A Trip to the Moon (Le Voyage dans la lune, 1902) and a large selection of “paper moon” studio portraits from the early 20th century. Also featured will be artists' evocations of the otherworldly effects of moonlight, including major works by German Romantic painter Caspar David Friedrich (1774-1840) and American Pictorialist photographer Edward Steichen (1879-1973). 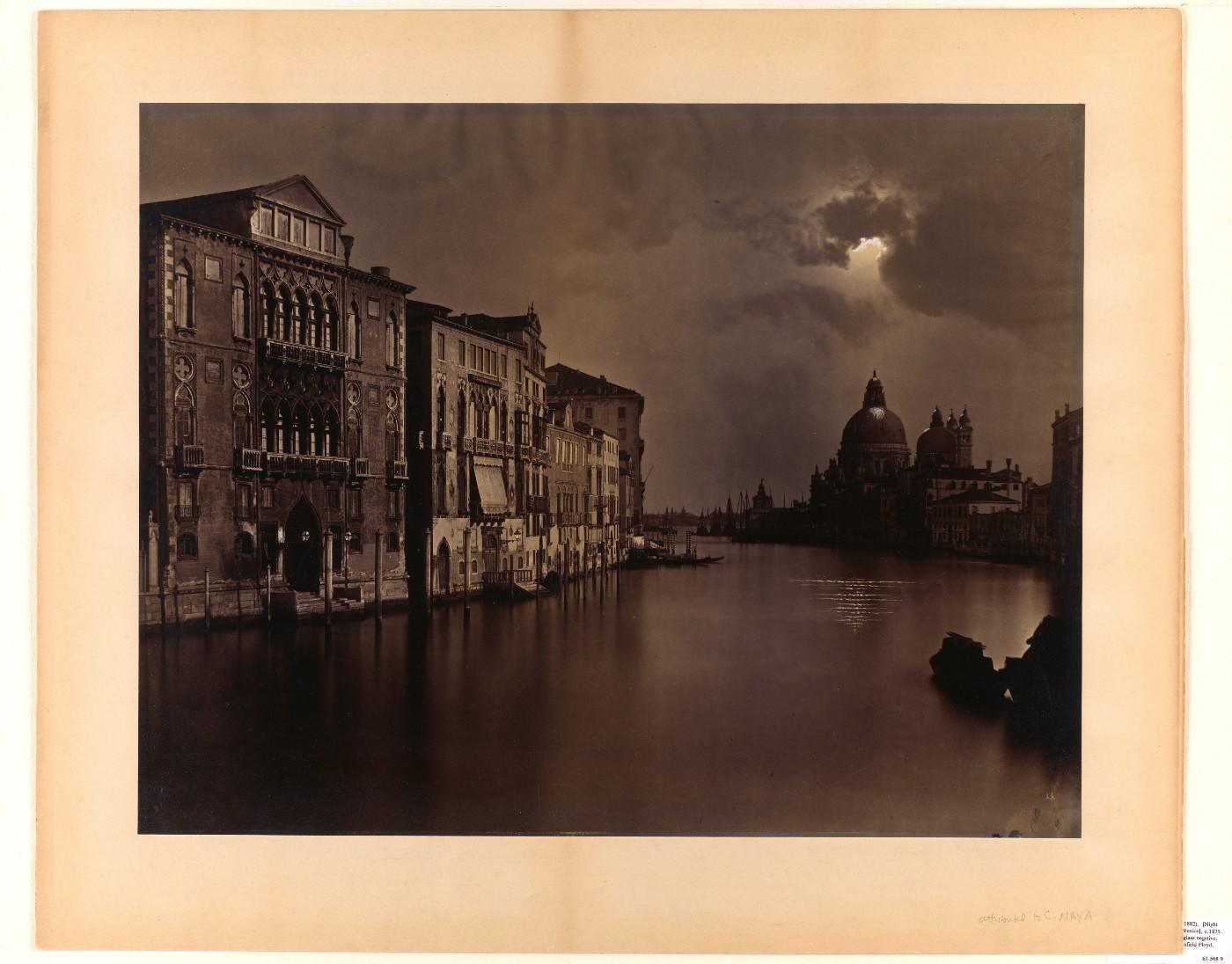 Advances in rocket science and the Cold War space race of the 1960s ushered in a new phase of lunar exploration. The exhibition will feature stunning photographs captured by early lunar expeditions sent by the Soviet and American space programs, culminating in the crewed missions of the Apollo program. The final section of the show will focus on art created in the wake of the 1969 Moon landing through the present day, including works by Nancy Graves (1940–1995), Aleksandra Mir (born 1967), Nam June Paik (1932–2006), and Robert Rauschenberg (1925–2008).

Apollo’s Muse: The Moon in the Age of Photography is organized by Mia Fineman, Curator in the Department of Photographs, with contributions by Beth Saunders, Curator and Head of Special Collections and Gallery, Albin O. Kuhn Library & Gallery, University of Maryland, Baltimore County.

The exhibition will be accompanied by a fully illustrated catalogue with essays by the curators and an introduction by Tom Hanks, a lifelong space enthusiast who has celebrated the legacy of Project Apollo as both an actor and documentary film producer.

The catalogue is made possible by The Andrew W. Mellon Foundation.

The exhibition will be accompanied by a variety of education programs, including Art and Space, a week-long art-making workshop in the galleries, led by artist Jessica Houston (July 8-12, 11–4 pm daily). Career Lab—Apollo’s Muse: Art and Spacewill invite teens to explore careers in the arts with creative professionals as part of the Museum’s Career Labs program (July 12, 5–6:30 pm).  As part of The Met’s a Conversations With… series, exhibition curator, Mia Fineman, and research assistant, Virgnia McBride, will lead short conversations about and works in the exhibition in the Apollo’s Muse galleries (July 12, 6:30–8:30 pm). MetFridays—Moon Gazing with the Amateur Astronomers Association of New York will offer visitors the chance to observe and explore the summer sky with the Amateur Astronomers Association of New York and telescopes will be provided for a guided viewing from the Iris and B. Gerald Cantor Roof Garden (July 12, 6:30–8:30 pm). To coincide with the exhibition, the ETHEL and Friends Balcony Bar music series will invite Australian cabaret performer Kim David Smith, with music direction by Tracy Stark, to present an intimate evening of performances inspired by the moon, celestial bodies, and lunar landscapes (July 27, 5–8 pm).

Education programs are made possible by Celestron.