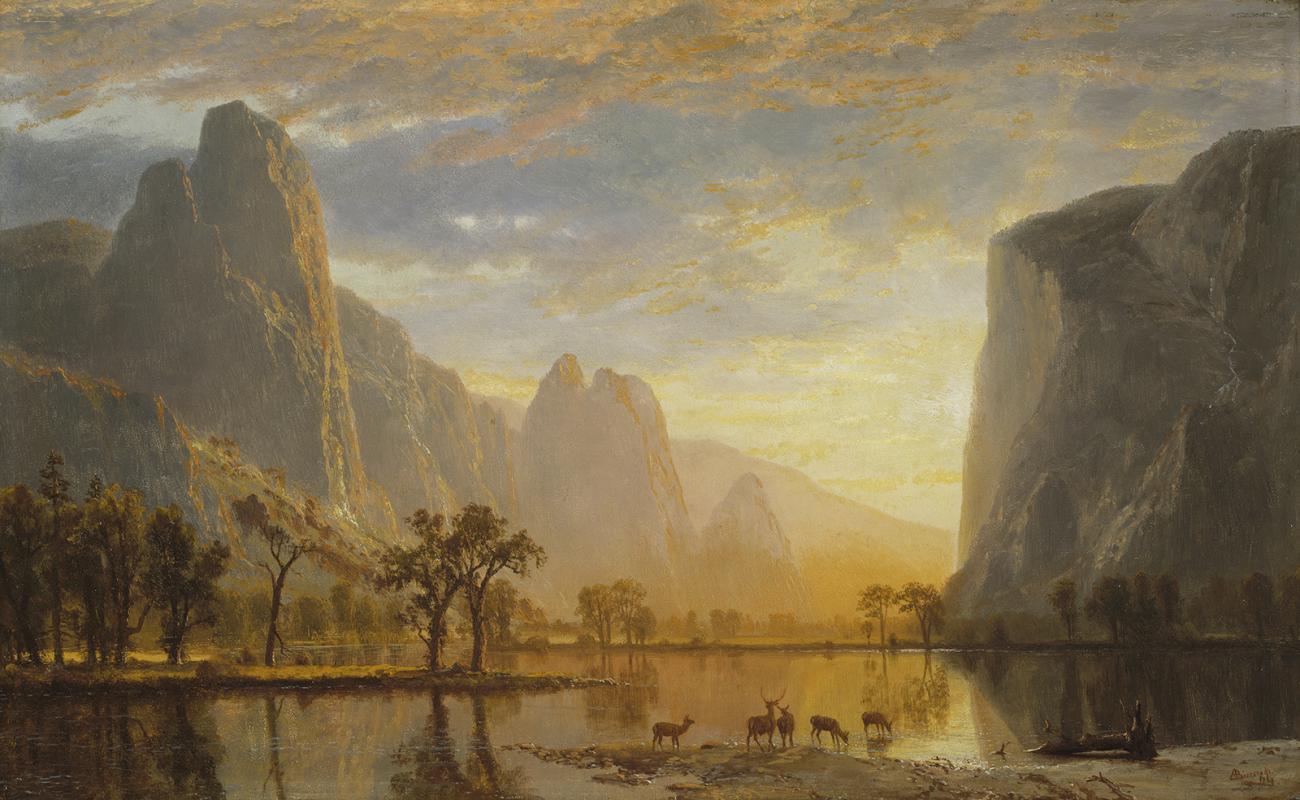 Alexander von Humboldt and the United States: Art, Nature and Culture is the first exhibition to examine Humboldt’s impact on five spheres of American cultural development: the visual arts, sciences, literature, politics and exploration, between 1804 and 1903. It will be on view at the Smithsonian American Art Museum’s main building September 14 through January 3, 2021. The museum is the sole venue for the exhibition. It is organized by Eleanor Jones Harvey, senior curator at the museum.

Humboldt (1769–1859) was a renowned Prussian naturalist and explorer and one of the most influential figures of the 19th century. He lived to his 90th year, published more than 36 books, traveled across four continents and wrote well over 25,000 letters to an international network of colleagues and admirers. In 1804, after traveling five years in South America and Mexico, Humboldt spent six weeks in the United States. In these six weeks, Humboldt—through a series of lively exchanges of ideas about the arts, science, politics and exploration with influential figures such as President Thomas Jefferson and artist Charles Willson Peale—shaped American perceptions of nature and the way American cultural identity became grounded in the natural world. 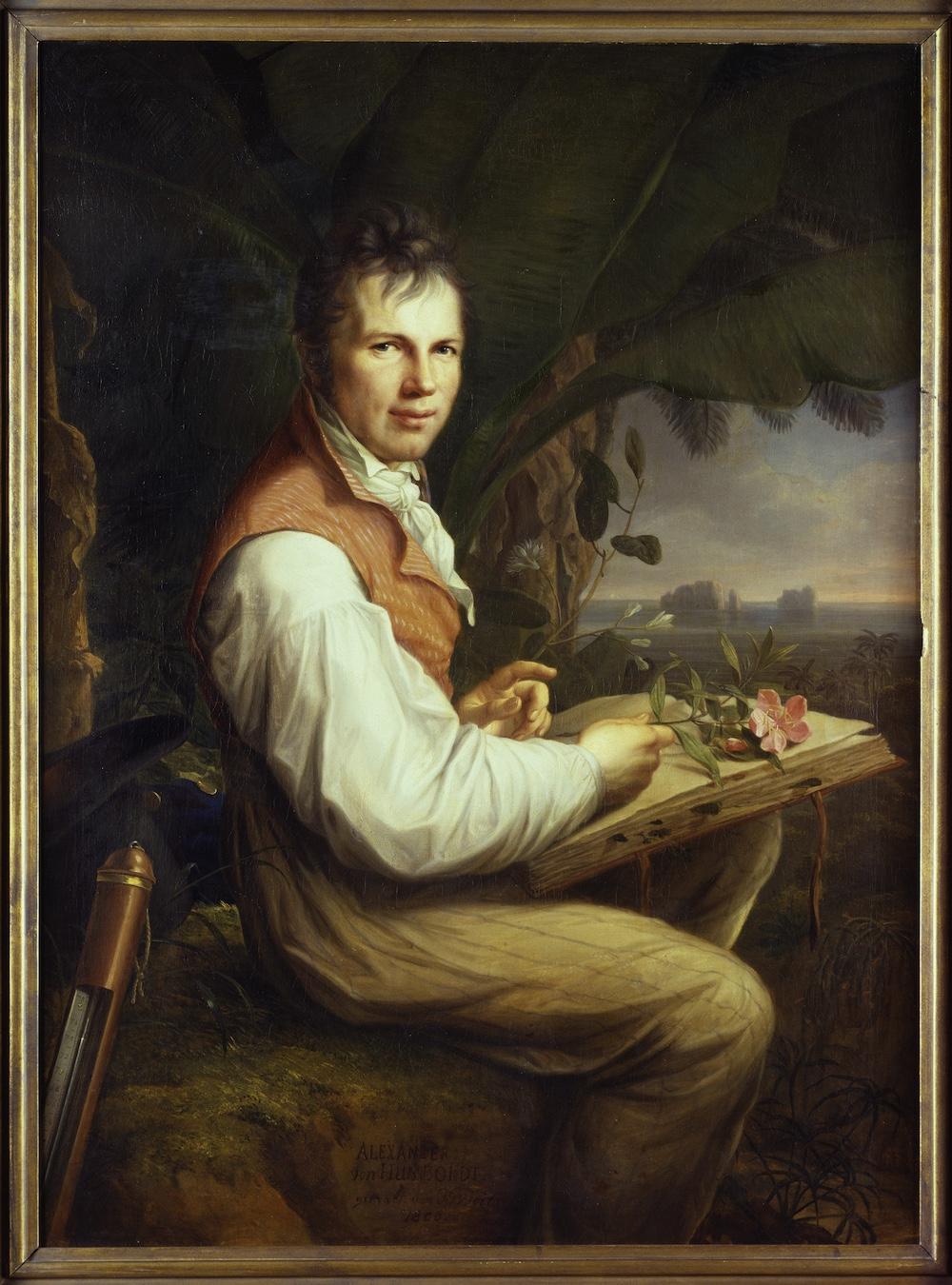 The exhibition centers on the fine arts as a lens through which to understand how deeply intertwined Humboldt’s ideas were with America’s emerging identity. It includes more than 100 paintings, sculptures, maps, and artifacts as well as a video introduction to Humboldt and his connections to the Smithsonian through an array of current projects and initiatives.

“Eleanor Jones Harvey has dusted for Humboldt’s fingerprints on American art and culture and found them nearly everywhere, including the founding of the Smithsonian Institution,” said Stephanie Stebich, the Margaret and Terry Stent Director of the Smithsonian American Art Museum. “The Smithsonian, with its vast range of disciplines and multitude of collections and ongoing research, is the perfect setting for this expansive evaluation of Humboldt’s impact in the United States. Humboldt encouraged American landscape painters to embrace our natural wonders as emblems of our cultural identity. As a country, we have much to thank Humboldt for, as reflected in the countless namesake places and species across our land. Most importantly, Humboldt’s influence on America’s love of and protection of nature is revealed in other prominent Americans’ legacies, such as Theodore Roosevelt and Rachel Carson.”

The exhibition places American art squarely in the center of a conversation about Humboldt’s lasting influence with artworks that reveal how the American wilderness became emblematic of the country’s distinctive character. Humboldt’s quest to understand the universe—his concern for deforestation and climate change, his taxonomic curiosity centered on New World species of flora and fauna and his belief that the arts were as important as the sciences for conveying the resultant sense of wonder in the interlocking aspects of the planet—make this a project evocative of how art illuminates some of the issues central to stewardship of the planet today. Artworks by Albert Bierstadt, Karl Bodmer, George Catlin, Frederic Church, Eastman Johnson, Samuel F.B. Morse, Peale, John Rogers, William James Stillman and John Quincy Adams Ward, among others, will be on display. Church, an esteemed painter of the Hudson River school, features prominently in the exhibition. He idolized Humboldt, going as far as trekking in the naturalist’s footsteps in South America. 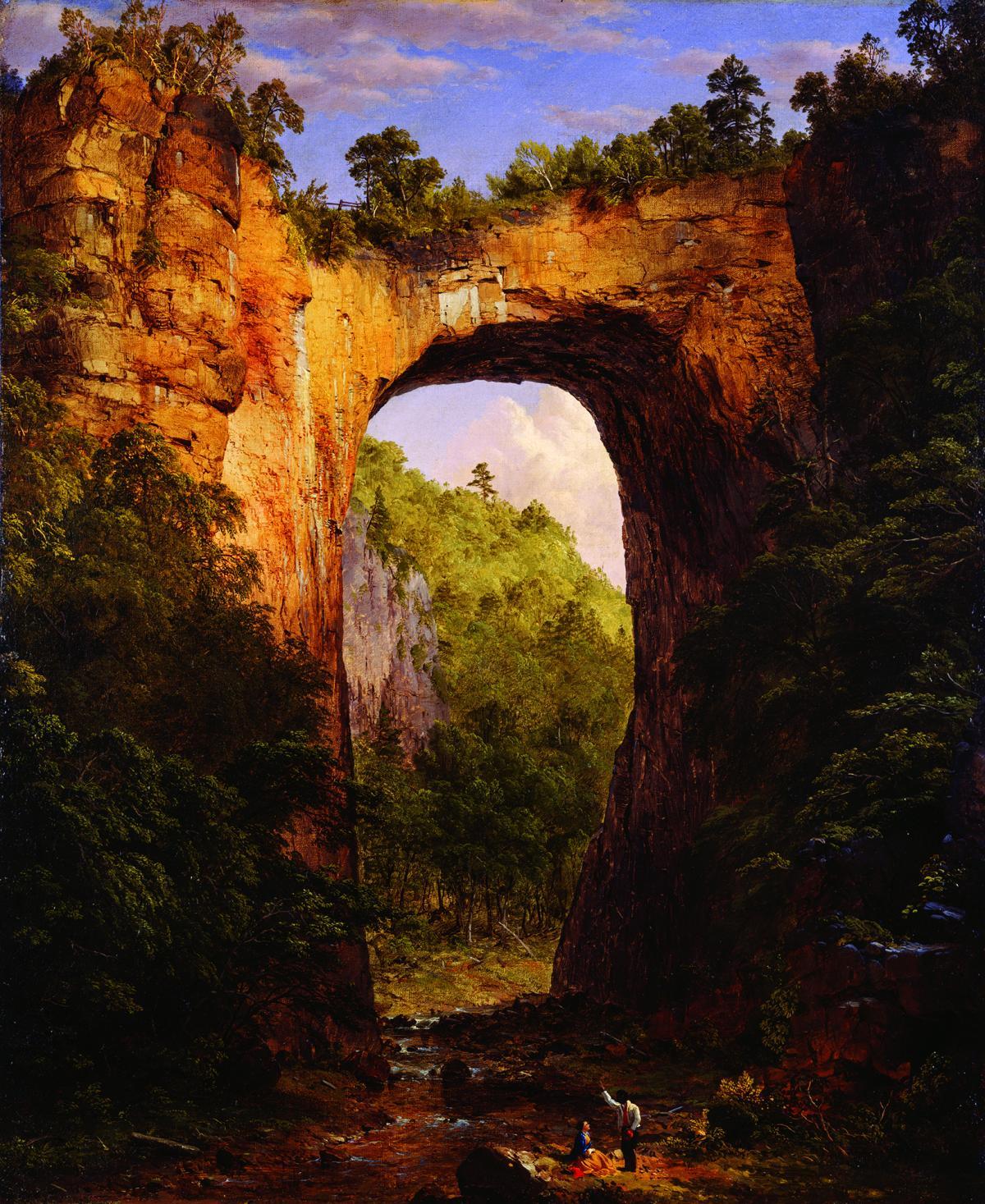 Frederic Edwin Church, The Natural Bridge, Virginia, 1852. Oil on canvas. The Fralin Museum of Art at the University of Virginia, Gift of Thomas Fortune Ryan

The exhibition also includes the original “Peale Mastodon” skeleton, on loan from the Hessisches Landesmuseum Darmstadt, with ties to Humboldt, Peale and an emerging American national identity in the early 19th century. Its inclusion in the exhibition represents a homecoming for the important fossil that has been in Europe since 1847, and emphasizes that natural history and natural monuments bond Humboldt with the United States. The skeleton, excavated in 1801 in upstate New York, was the most complete to be unearthed at that time. Its discovery became a symbol of civic pride. In 1804, Humboldt was honored with a dinner beneath the mastodon while it was exhibited in the Peale Museum in Philadelphia. Two paintings featuring the fossil—Exhumation of the Mastodon (1806–08) and The Artist in His Museum (1822) both by Peale—are on display nearby in the galleries.

“This project sets out to recapture the immediate, sustained and profound impact of Humboldt’s ideas and understand how they shaped the works made by some of the most influential American artists of the 19th century who deliberately wove into their major paintings messages about American cultural identity,” Harvey said. “Collectively their efforts created a nature-based aesthetic so well recognized today that its roots are obscured, much in the way Humboldt’s concept of ‘Cosmos’ or ‘unity of nature’ has been accepted as received wisdom. That collaborative model lies at the heart of Humboldt’s enterprise and at that of the Smithsonian as well.”

The exhibition features a digital exploration of Church’s famous landscape, Heart of the Andes (1859), enabling visitors to engage with the painting’s details in new ways. The wealth of detail is a painterly extrapolation of Humboldt’s plant geography map. The mountain at the center of the work, Chimborazo, was referred to as “Humboldt’s Mountain.” The narrated, 2.5D animated projection enables visitors to appreciate the connections between Church’s painting and Humboldt’s ideas.