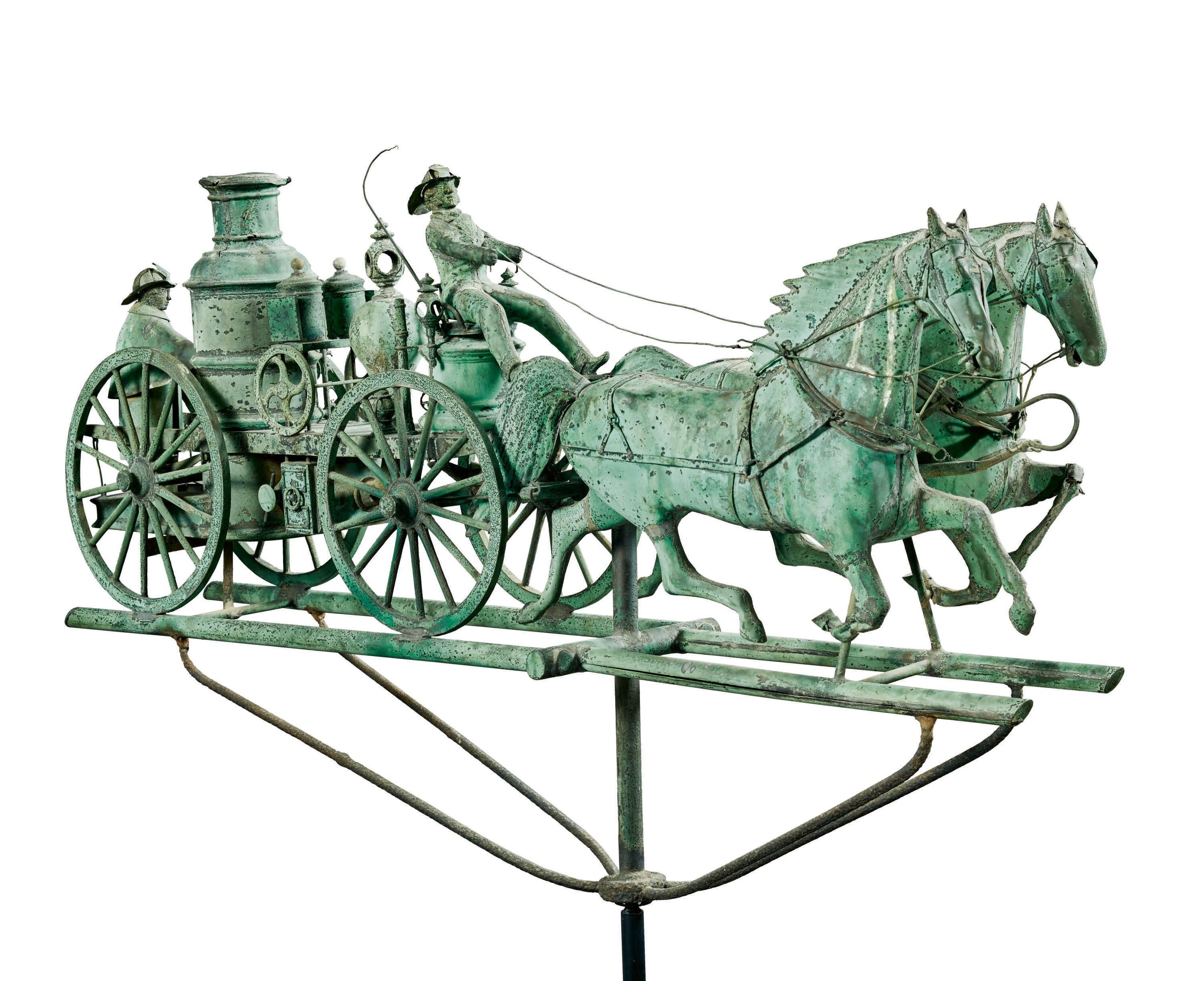 January brings Americana Week to New York, including a slate of auctions that focus on a range of all-American antiques. Three strong results at Sotheby’s stand out.

Its Important Americana auction on January 26 contained a circa 1830 William Matthew Prior portrait that rocketed well past its $8,000 to $12,000 estimate to top out at $112,500. Prior is known to have painted more black subjects than his professional peers, but even still, these images comprise less than one percent of his total output. Unfortunately, the sitter’s identity is unknown, but the fact of the portrait’s existence proves that he had the means to commission Prior to paint his likeness. The man has donned his finest clothing for the occasion, accessorizing his immaculate white shirt with a fine stickpin. 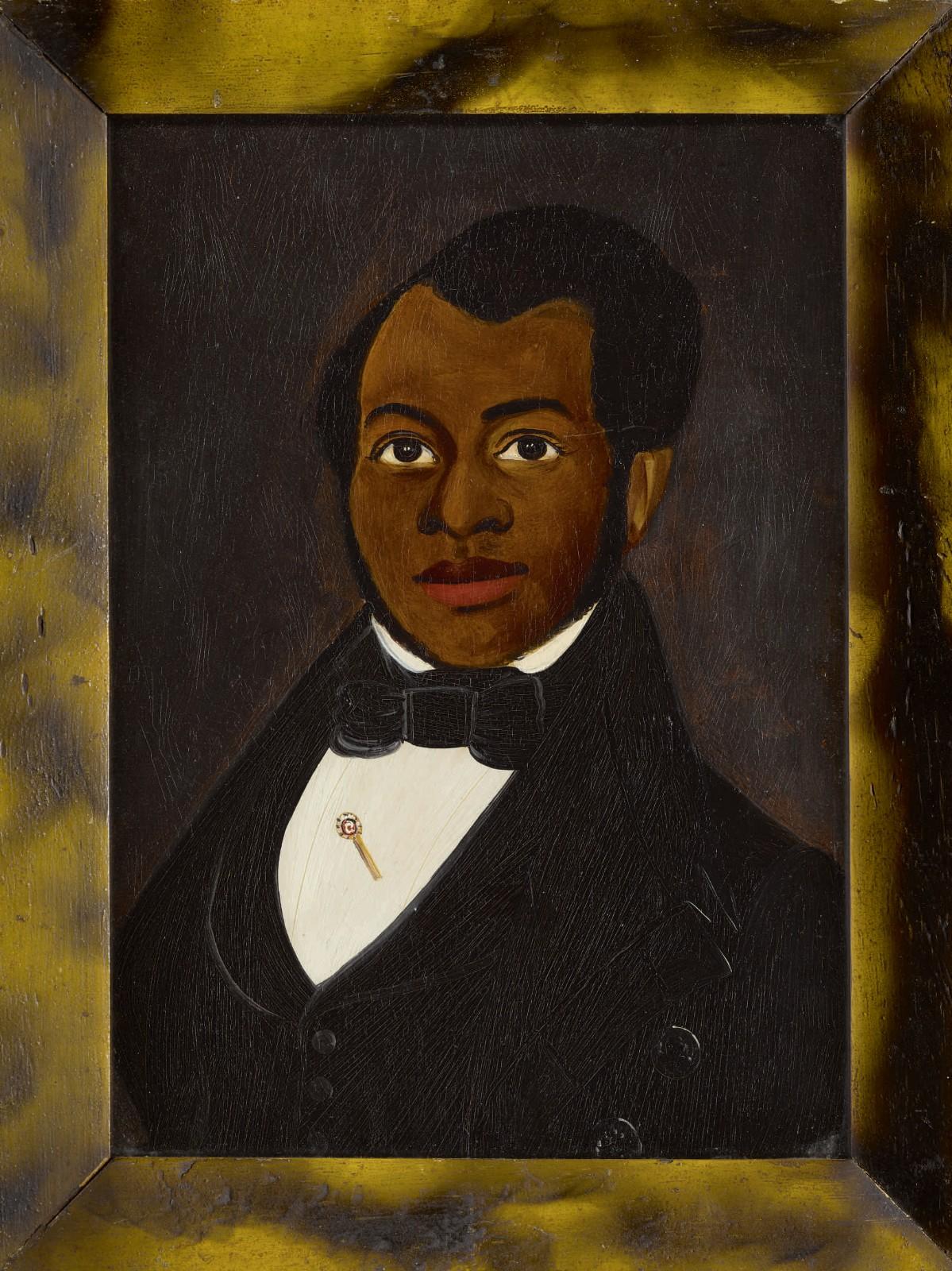 William Matthew Prior, Bust Portrait of a Young Black Gentleman, prior to 1830. Oil on artist board.

Prior expressed his commitment to equality not only in accepting the commission, but in lavishing the same amount of attention on the African-American gentleman that he gave to his white sitters. “There’s a real attention to detail,” says Erik Gronning, senior vice president at Sotheby’s and head of its Americana department. “He spent a lot of time on the painting. It doesn’t seem like he rushed through it.”

Gronning credits its stunning performance at auction to its being “a rare subject, and tremendous interest from institutions and dealers.” The fight lasted several minutes, and at least five museums were among the bidders for the portrait, which ultimately went to a dealer. The January 2020 Sotheby’s sale appears to be the first time that the portrait has gone to auction. 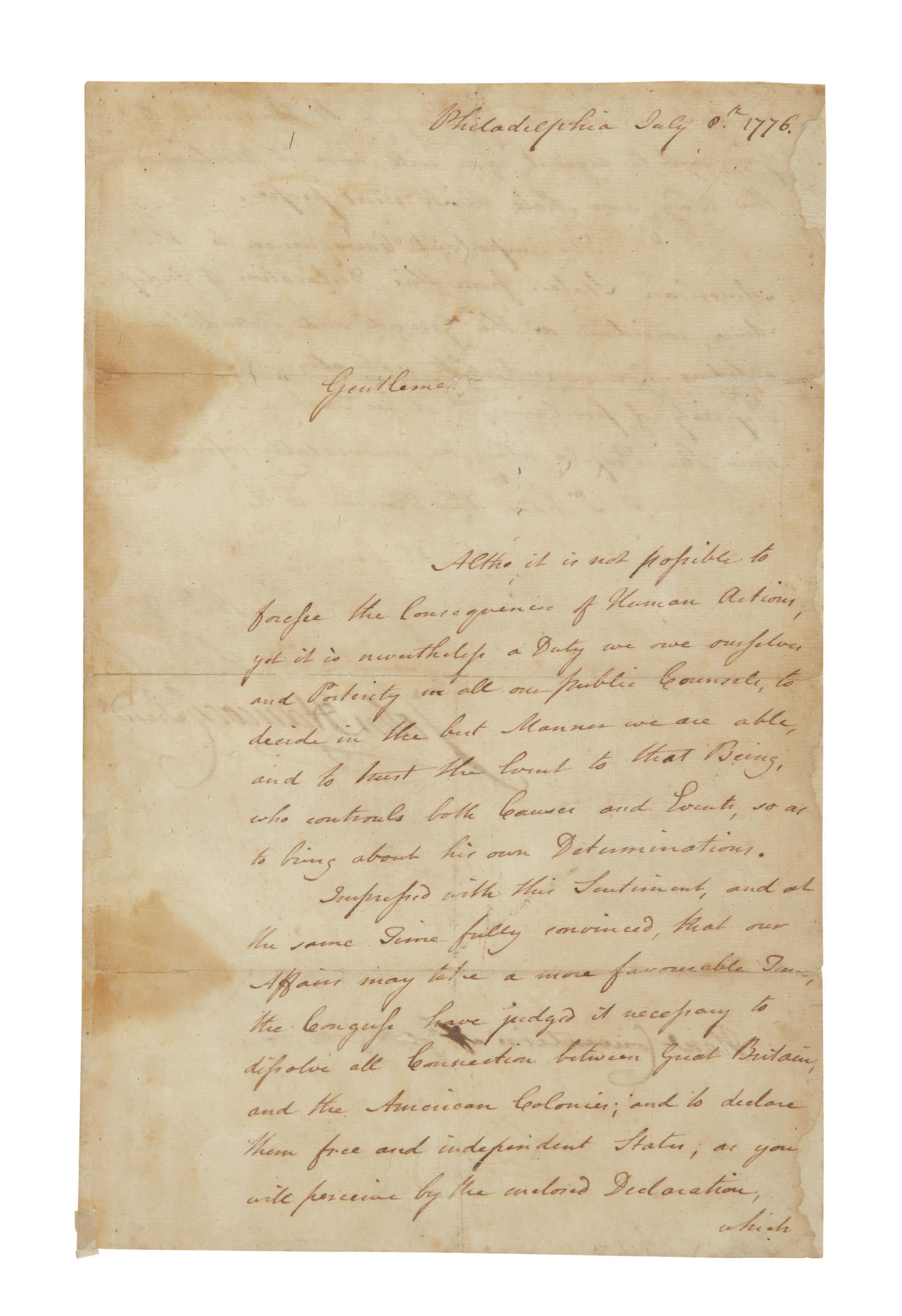 Sotheby's Fine Manuscript and Printed Americana sale, which took place on January 27, included a once-in-a-generation rarity: A handwritten letter, dated July 6, 1776 and signed by John Hancock, announcing the adoption of the Declaration of Independence. Estimated at $600,000 to $800,000, it sold for just over $1 million, likely making it the most valuable cover letter in history. “I hadn’t thought of it in those terms, but that is what it is,” said Selby Kiffer, senior vice president at Sotheby’s and an international senior books specialist.

The letter was one of 13 written to accompany printed copies of the declaration, and one of five that still exist. While its destination cannot be narrowed down to one state, it could have been sent to Georgia, Virginia, North Carolina, or South Carolina. The unmistakable signature of John Hancock, then the president of Congress, appears on the second page.

This sale marks the first time that one of the five surviving cover letters has crossed the seven-figure threshold, and the first time one has gone to auction since 1984. That example, which was sold at Sotheby’s and was mailed to New Hampshire, garnered $31,900. “It seems like an enormous gain, but when you contrast it with the rise of the Declaration of Independence, it’s the same ratio of advance,” Kiffer says, noting that early printings of the Declaration of Independence sold for low to mid-six figure sums in the early 1980s, fetched over $8 million the last time a copy went to auction in 2000, and have since commanded double-digit millions in private sales. 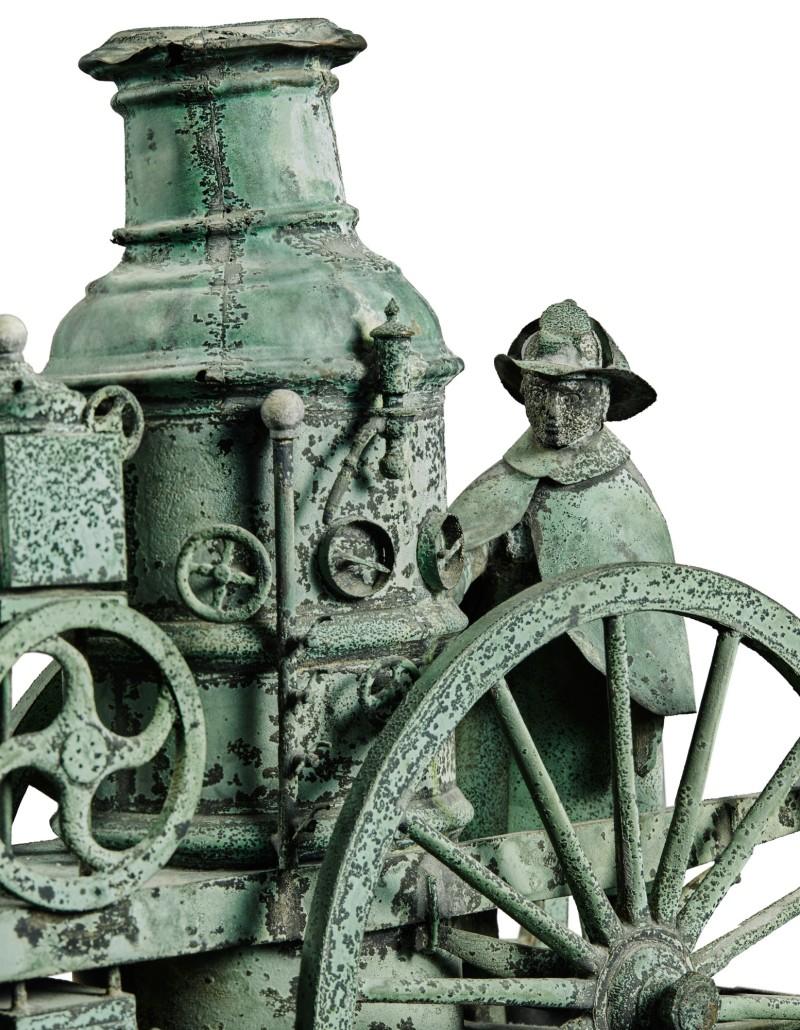 Another lot that overperformed appeared in A New Dimension of Tradition: Important American Folk Art, Proceeds of the Sale to Benefit a New Folk Art Initiative at the Museum of Fine Arts, Boston, an auction that took place at Sotheby’s on January 25. Described as an “exceptional and rare molded sheet-copper and zinc fire pumper and double-horse weathervane,” produced by Cushing & White of Waltham, Mass., and dating to around 1870, it sold for $437,500 against an estimate of $100,000 to $150,000.

The weathervane had much to recommend it. Rendered in three dimensions, it measured 28 inches high by 48 inches wide by ten inches deep and depicts firefighters racing to the scene of a blaze with the help of a pair of horses that haul their steam fire engine. It features many delicate details—reins, lanterns, a whip—that demanded time and effort to make, and would have become invisible once it was installed high above the ground. And when it was new, the weathervane would have been covered in gold. It was a pure piece of building jewelry. “If you’re a very wealthy person who put a lot of money into a building you love, and you wanted to show it off, you put a great thing on top of it,” Gronning says.

The weathervane delights modern collectors because of its untouched patina and because it’s been damaged just enough; the left front leg of the horse on the right is lightly mangled, perhaps by a branch blown into it during a windstorm. “People adore that. It shows its sense of history,” Gronning says. “It’s what I call a ‘righteous object’. You know it’s totally untouched. In Americana, people adore things that are left alone.”