"The Thread" presents an Intergenerational Dialogue Between Mother & Daughter

Contemporary artists and mother/daughter team Lizbeth Mitty and Dana James are pleased to announce The Thread, a joint exhibition featuring new works from each artist. The show derives its title from their genetic and psychosocial bond, and their mutual experience as women in the art world. Hailing from successive generations with contrasting cultural landscapes, Mitty and James simultaneously diverge and overlap in subject matter they address, while employing antipolar visual linguistics. The artists are closely aligned in their process-driven approaches, and each serves as the other’s most honest and consistent critic. ‘The Thread’ is an intergenerational dialogue between two artists of markedly different aesthetics, whose close-knit familial bond is channeled through technique and modus operandi. 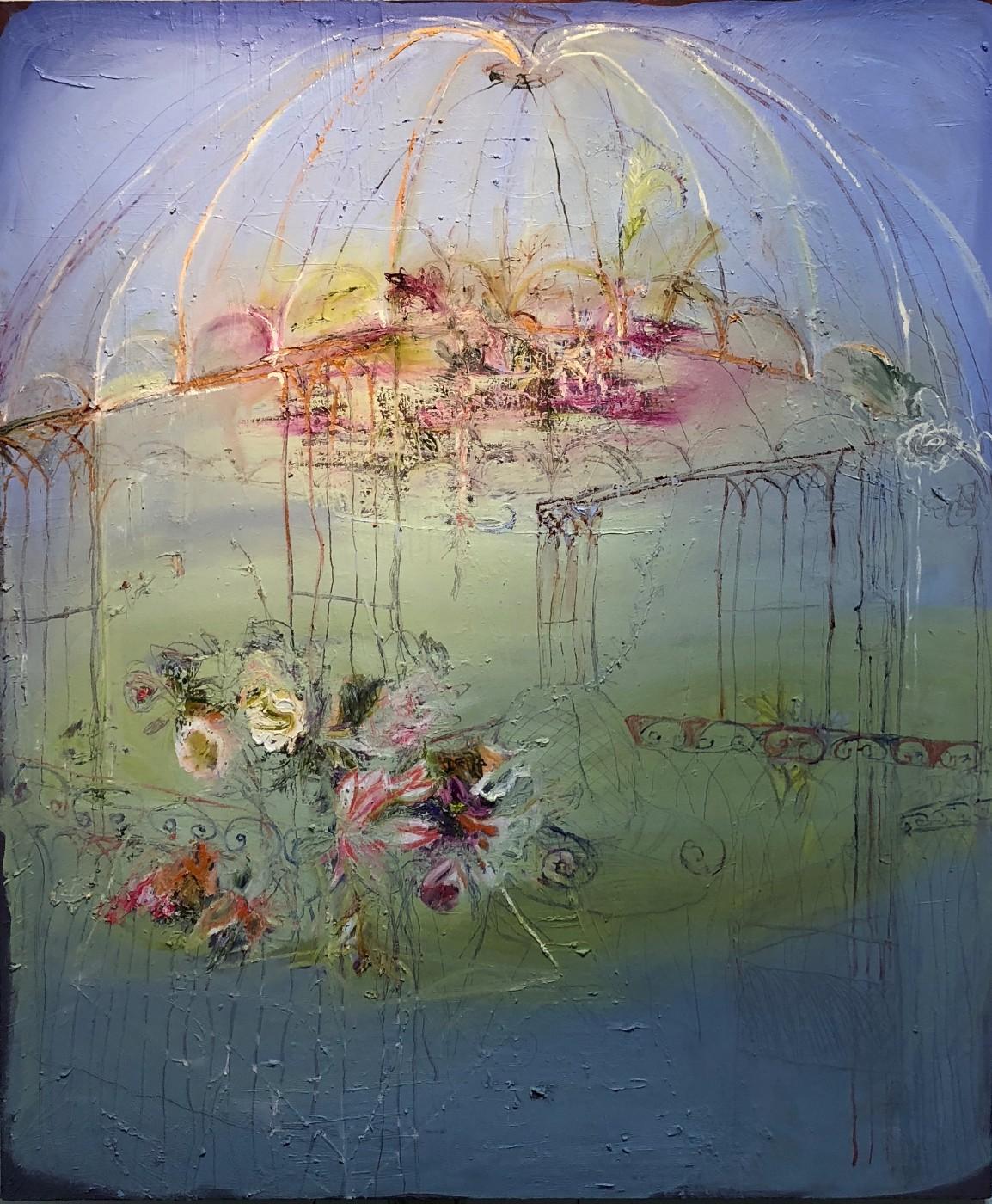 M. David and Co. will present The Thread on view from March 15th through April 14th, 2019. Please join us for the Opening Reception on Friday, March 15th (6-9 PM). The address is 56 Bogart Street in Brooklyn. Gallery hours are Friday 1pm-9pm and Saturday-Sunday 1pm-6pm.

As written by Lilly Wei:

Lizbeth Mitty and Dana James are both gifted painters, deftly teetering between the abstract and the representational in a range of scales, with a preference for the panoramic. Both are natural colorists although their palettes and the effects they achieve are different, as is their approach to their subjects, if not their underlying theme, centered on time, change, and the cycles of nature.

I should also note that they are mother (Mitty) and daughter (James), a relationship that threads in and out of their practice, in ways visible and not. Each, for instance, is the other’s first viewer, first critic. Their resolutions are their own, however, and distinctive. To illustrate, James, citing the image of cars as an “overlap,” described her interpretation as surreal and psychological while Mitty’s were junkyard finds, and emotionalized, poeticized. 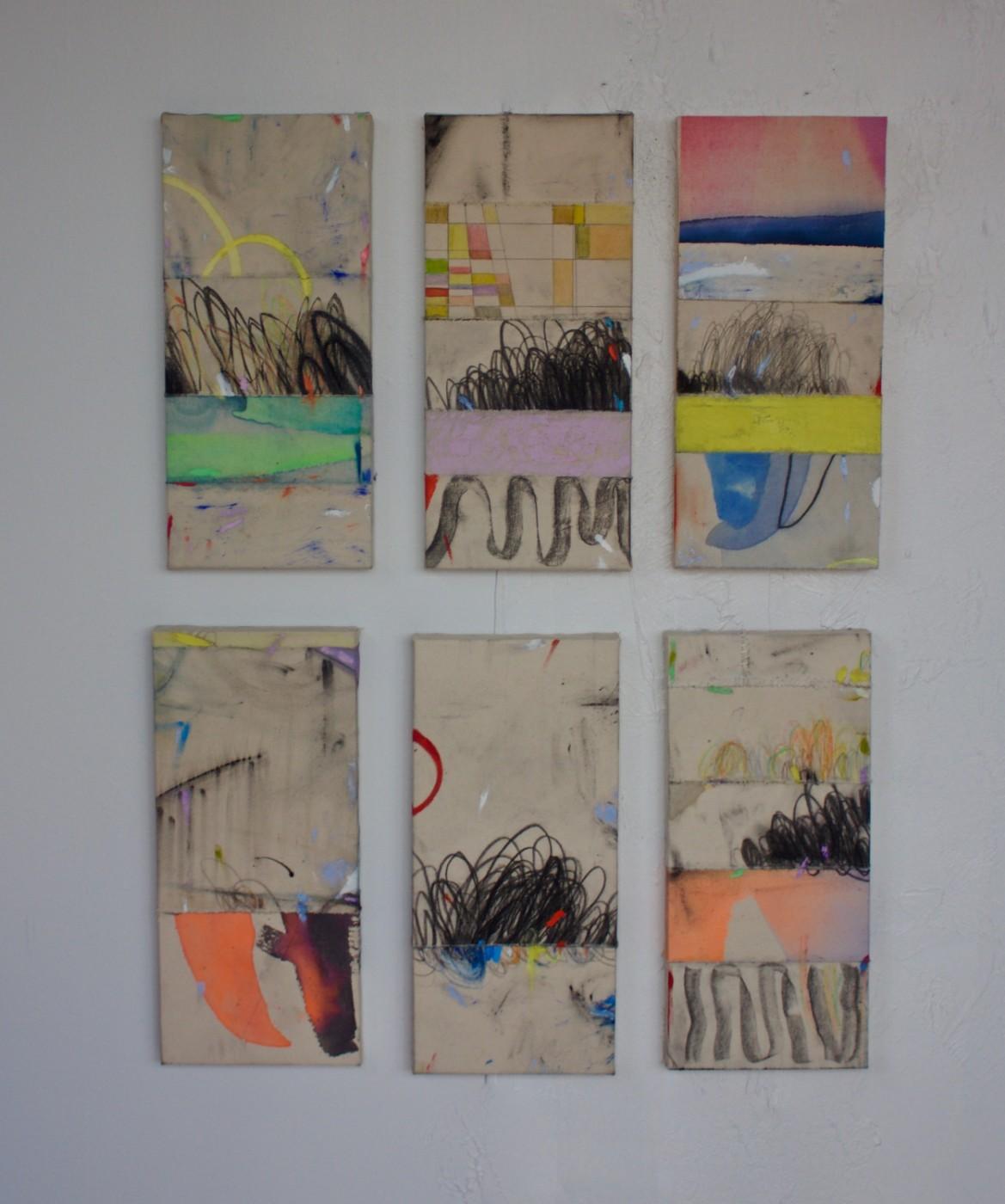 When I asked what they had in common as artists, Mitty said that they are both deeply committed to process, material, and beauty. They are both unapologetic champions of beauty, even if it continues to be regarded skeptically by many as insufficiently serious or weighty enough conceptually. Even as old orthodoxies crumble, it is still considered feminine, that is, too feminine. But the feminine is also the feminist, and both should by now be part of the expanded, more capacious, re-assessed, de-canonized, gender-neutral aesthetic that everyone talks about, the standard in theory, if not in practice. And that is another thing the two have in common; both are disinterested in what is currently trending, James added, in pursuit of their own vision.

Mitty’s paintings and works on paper are voluptuous, with passages that are tactile to the point of relief, then smooth as silk. They are purposefully gorgeous, and often heated, earthy in tonality although she is a master of the full spectrum. She frequently salvages derelict objects from scrap yards, their former splendor beckoning her. Chandeliers have been a signature motif, recurrent since 2015, which she memorializes and gilds in restorative luxuriant paint, enveloping them in an aura, like a glorious relic. For this exhibition—both artists are showing work from the past year—she is including other kinds of enclosures, such as impossibly delicate cages or gazebos enlaced with flowers (Summersweet, 2018), and architectural structures, some collaging older work into the new (To Monastery, 2018; San Francisco, 2018). They are a kind of paradise lost of domestic objects, a kaleidoscope of the fleeting, forgotten and once loved, her version of the memento mori. Beneath Mitty’s surface dazzle and virtuosic brushwork, there is the thrum of darker notes, reverberating with intimations of mortality. She said that it is the “cyclical nature and mutability of things” that are the forces that drive her work. 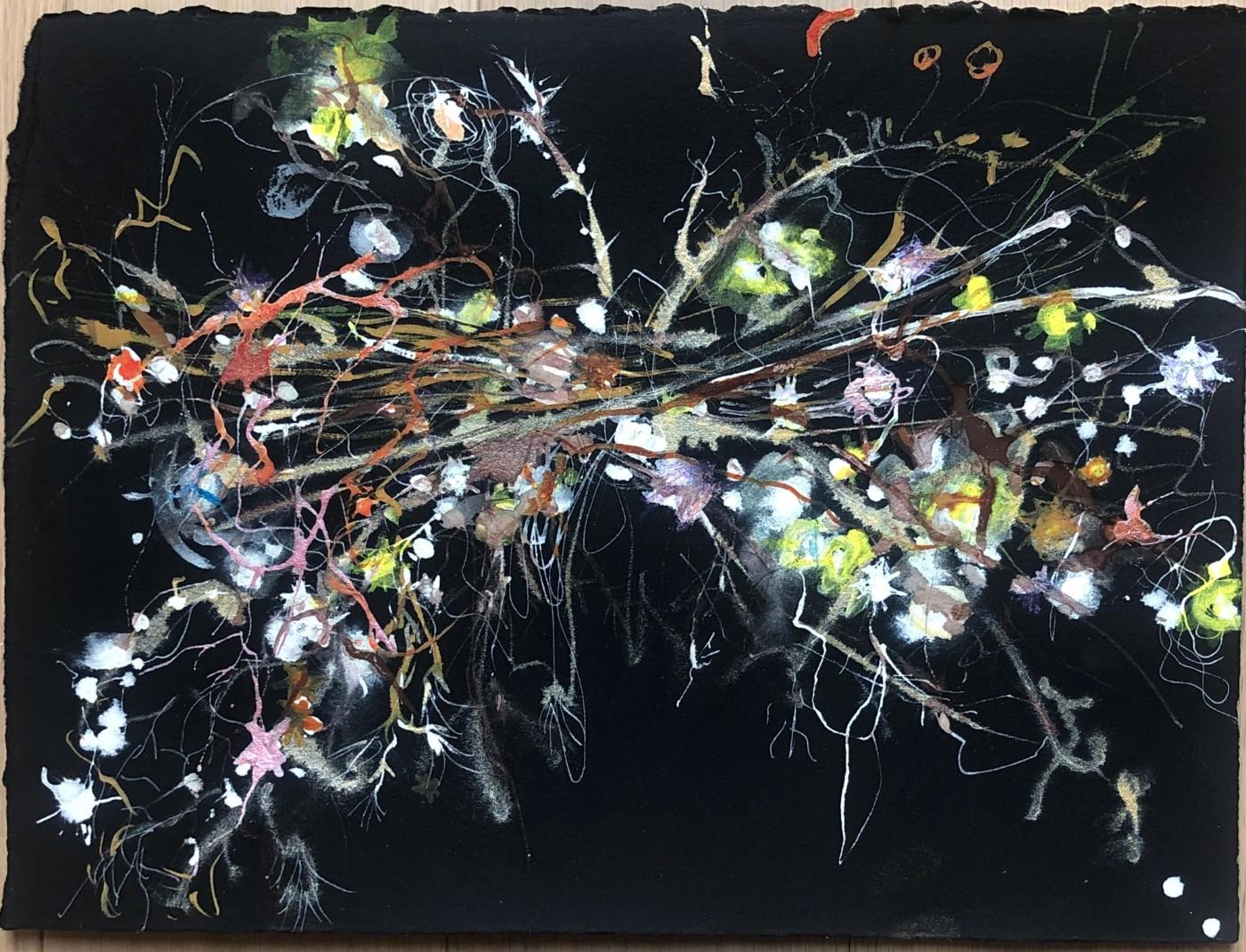 James’s works, on the other hand, are elusive, ethereal, cooler, more seeped into the support, air and water her elements, literally and metaphorically. Her work is more abstract but it does include representation and a narrative, the images, when legible, derived from landscapes and seascapes. She has taken older paintings and cut them into sections to add to new work, as a kind of diary, an autobiography of process and content, a layering of time, bringing past into present, salvaging, recuperating in her own way. Her titles are significant, if also elliptical, coded, adding another element to the mix, giving the viewer something to mull over. Can I be an Indian Princess II, 2018, is one such tantalizing title, widening the response to the largely abstract work with its strip of sea, dabs of color, fierce black scribbling, neutral ground. Her “iridescent” markings she equates with scarring, with “moonlit filaments of dragonflies,” creatures she calls the “symbol of change.” A Swimmer in Sapphire (Would Rather Have The Darkest Parts Than Have Nothing At All) is another title. But it is less of a conundrum since the sea is present in a sweep of crouching, enticing blue that fills half the composition of an encompassing two-panel painting that stretches almost 12 feet. Water is her primary medium and James, evoking its “purity,” believes that “our deepest memories take place in and around water.”