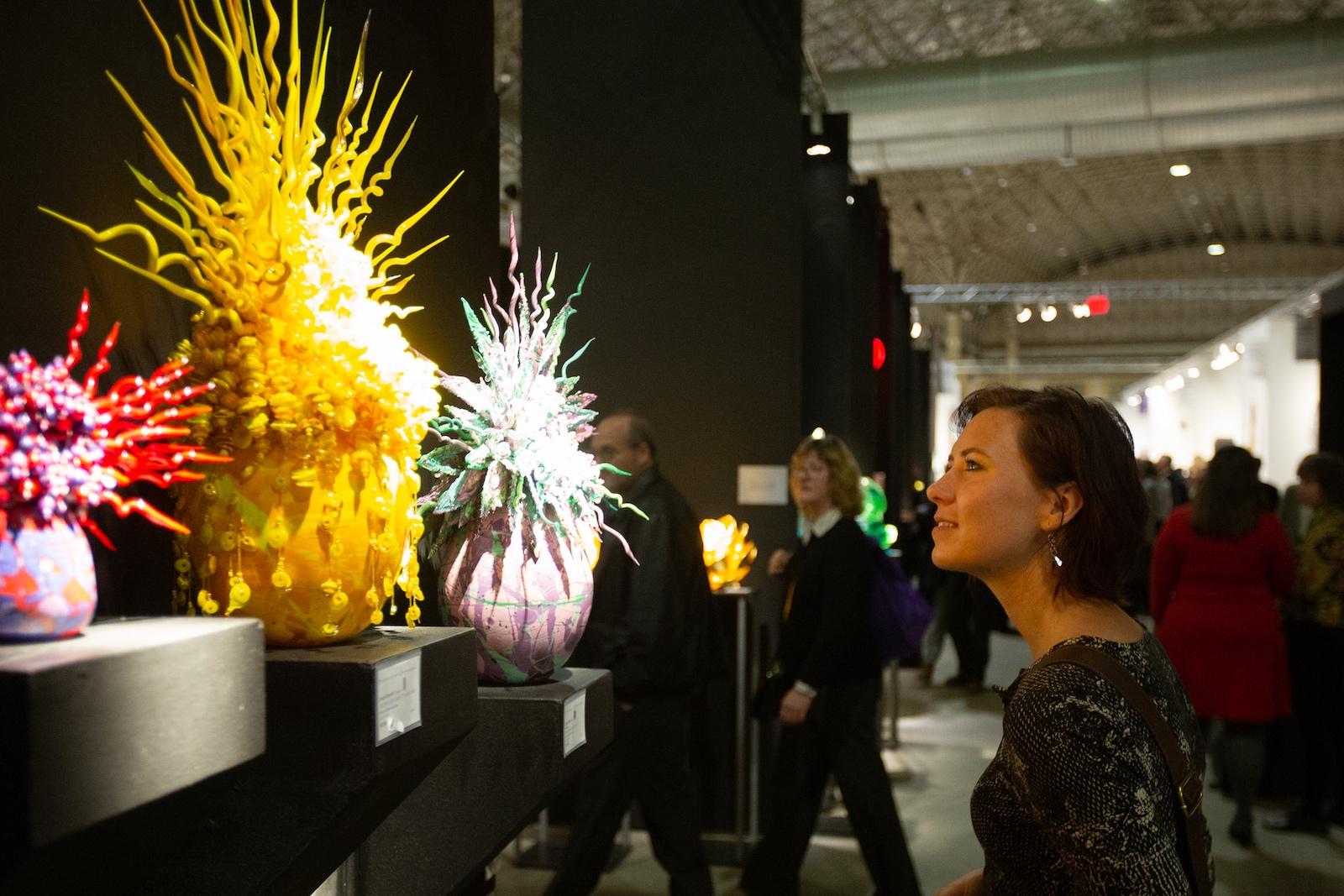 Art & Object had the pleasure of talking to Leah Steinhardt, the Group Director of the Sculpture Objects Functional Art and Design expo (SOFA). The annual Chicago event showcases the very best in three-dimensional art and design. In her discussion with Art & Object, Steinhardt spoke about the upcoming 2019 fair's theme, her thoughts on collecting art objects, and how the 26 year old fair continues to stay true to its mission. Here is that conversation.

Jeremy Howell: What drew you to become involved with SOFA?

Leah Steinhardt: The arts have always been a part of my life. My father was an art dealer growing up, and we spent many weekends attending the latest show at the major museums throughout Manhattan. I went to a liberal arts college where I majored in business but was also able to take art classes. Joining the SOFA team was exciting as it was a marriage of my professional career experience with a long time passion. 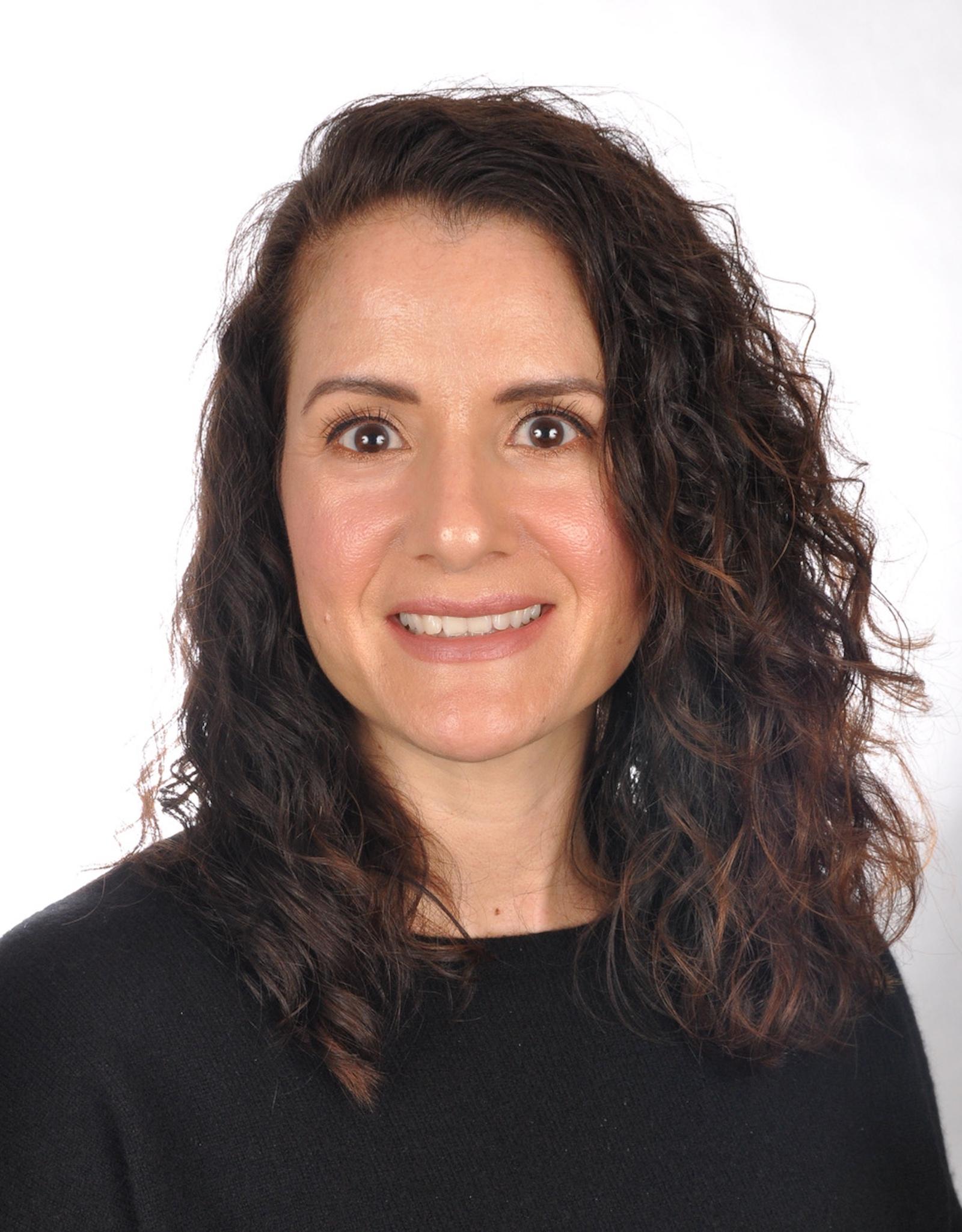 JH: This is SOFA’s 26th year. How has the fair and its mission evolved over time?

LS: 26 years for a fair is a true accomplishment as we are the longest running art fair along with the Armory. What makes SOFA unique is our dedication to showcasing three-dimensional works. Our mission has stayed consistent. It is most rewarding to see the burgeoning conversation about three-dimensional art and craft making its way back into the mainstream cultural conversation. We can be proud that SOFA hasn't left the conversation but has preserved it over two decades.

JH: What distinguishes Chicago from the other major American art and design centers?

LS: Chicago has really come into its own as a contemporary art and cultural destination with an international audience. At the same time, I see Chicago as a base for so much of American cultural leadership especially with its influences on Modernist architecture and design. I think what makes it unique for us is we have such established partnerships and feel supported by the major art institutions throughout the city.

JH: The line between art and design is often blurred. What do you think about this distinction?

LS: We believe that this line will continue to be blurred and SOFA has a long history of celebrating both. In essence, creativity should not be boxed in by labels that aren't really reflective of how we experience life, which is with layers and interaction. These works are always in conversation with each other in real life, why not at the fair? We have had an extensive partnership with the RNDD (River North Design District), and their members have always had an active involvement in the fair. This year at SOFA design will take an even bigger focus with several major design galleries participating such as J. Lohmann and R & Company as well as the Female Design Council.

JH: Why do you believe the art fair as an institution is still vital in a world where art is increasingly being sold online?

LS: Taking in art creates a visceral reaction in the body, and that is just not possible online. I think that online will never take the place of that human interaction. In general, across a variety of industries we are seeing people seeking out a connection. 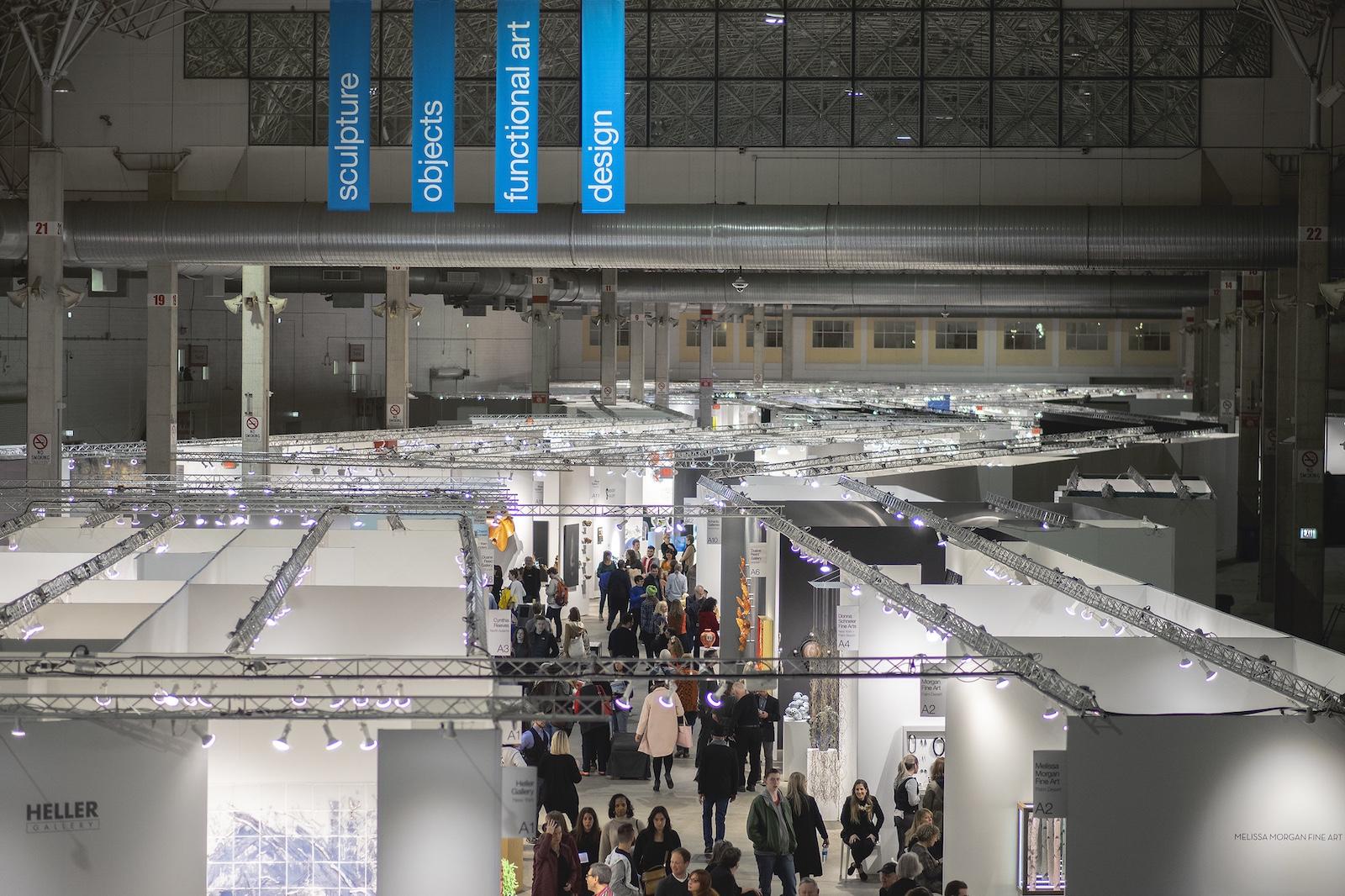 JH: This year, SOFA is placing a special emphasis on women in art and design. What can visitors expect? What conversations do you hope are sparked by this theme?

LS: Our theme will be present through the fair.  We have developed programming to highlight “Women in the Arts” through our lectures and talks, Special Exhibits and SELECTS panel. Six out of our 10 Special Exhibits are either curated by women or highlight women. The Art History Babes will be podcasting live from the fair each day, and all three topics are centered around women artists and gallery owners. We are hoping to spark conversations about women’s contributions to the arts.

JH: SOFA attracts exhibitors from all over the world. What international developments are you most excited about showcasing this year?

LS: Our fair has always had international support behind it which helps add to the dna of SOFA. This year we have Reka Lorincz, a Hungarian jewelry designer represented by Charon Kransen Fine Art, who will be hosting a lecture about how she transforms unusual materials into one of a kind art pieces. We have a long standing partnership with the LOEWE Craft Prize and we are very excited that this year, Steffan Dam’s New Medicine submission will be showcased by Heller Gallery. In addition, we always have several galleries participating from Korea, and this year is no exception. 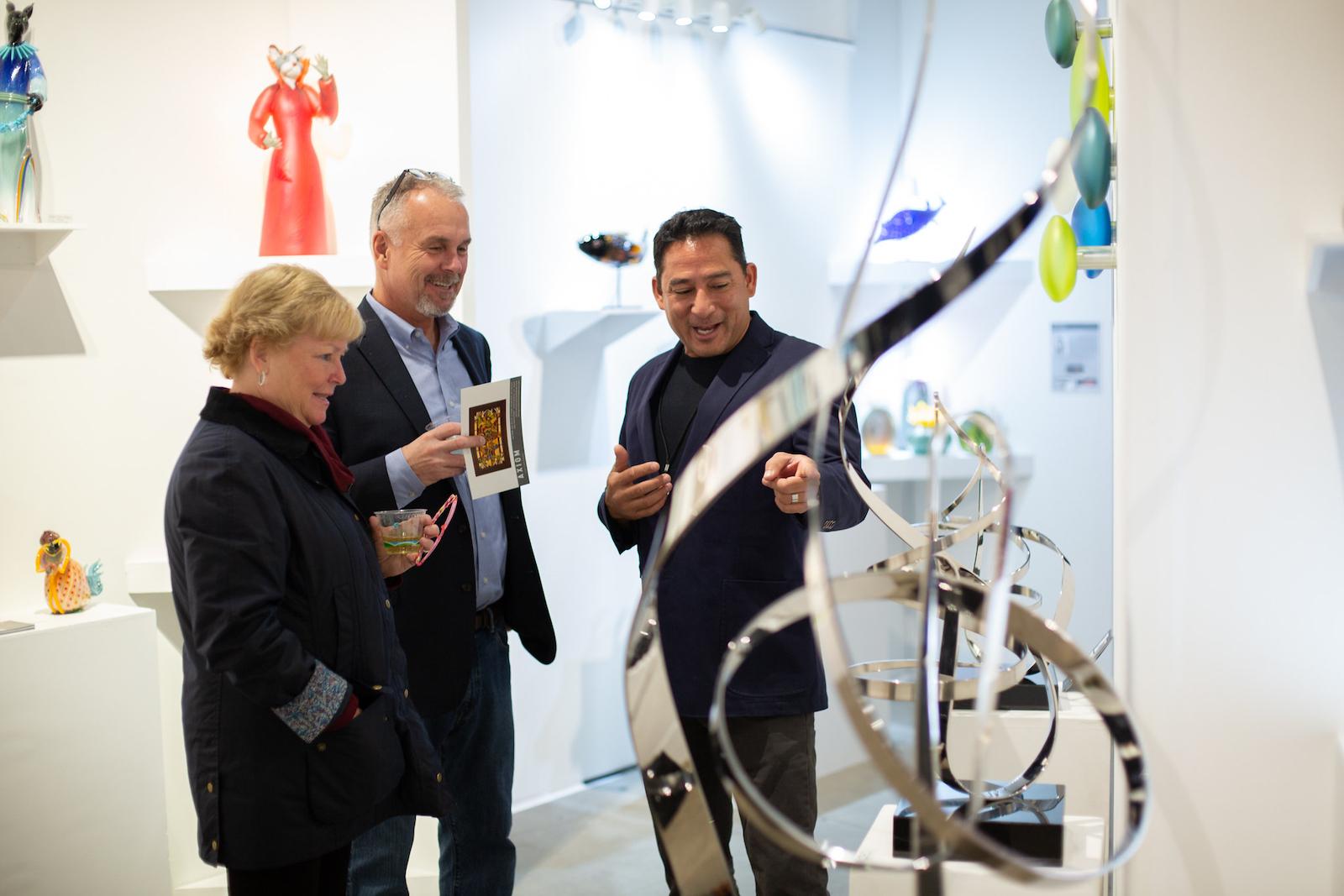 JH: Can you talk a little about the presence that emerging artists will have at this year’s fair? What about first time gallery exhibitors?

LS: Emerging artist always have a presence at SOFA. Vetri Galley which is the sister gallery of Traver Gallery will be joining us for the first time this year. Vetri is focused on showcasing emerging artists.  We also have The Red Arrow Gallery who is also a first time exhibitor and will be showcasing American and local Chicago resident artist Margie Criner. Her sculptural work invites the viewer to examine form from a distance, then, via a lens portal, shift to see an interior narrative. While we have worked with them at our Art Aspen fair, Sage Culture is another first time exhibitor to SOFA.  We are thrilled that they are participating as their program is so well suited for SOFA.

JH: What advice would you give a first-time visitor to SOFA who is interested in collecting functional art and decorative objects?

LS: Plan your visit thoughtfully. We have a full suite of information online that can help give visitors a sense of what's happening each day. SOFA is a perfect opportunity to visit the best of the best galleries featuring three-dimensional work and you will want to take advantage of the lectures and booth events.  This gives a new collector the opportunity to have unique experiences that wouldn't normally present themselves.

JH: Is there anything else about the 2019 edition you would like our readers to know?

LS: We hope guests enjoy our CONNECT platform which highlights innovative design programs at universities throughout the country. Students, under the supervision of university faculty, design environments that incorporate seating and lighting installations, providing sit, relax and "connect." We are thrilled with the way our 2019 fair has come together between the caliber of galleries exhibiting, our programing features, interactive demos and our curated Special Exhibits. We are committed to providing an environment of discovery out our fairs and SOFA will be no exception. We hope to welcome our long term attendees as well as a collectors who might be new to the three-dimensional world.