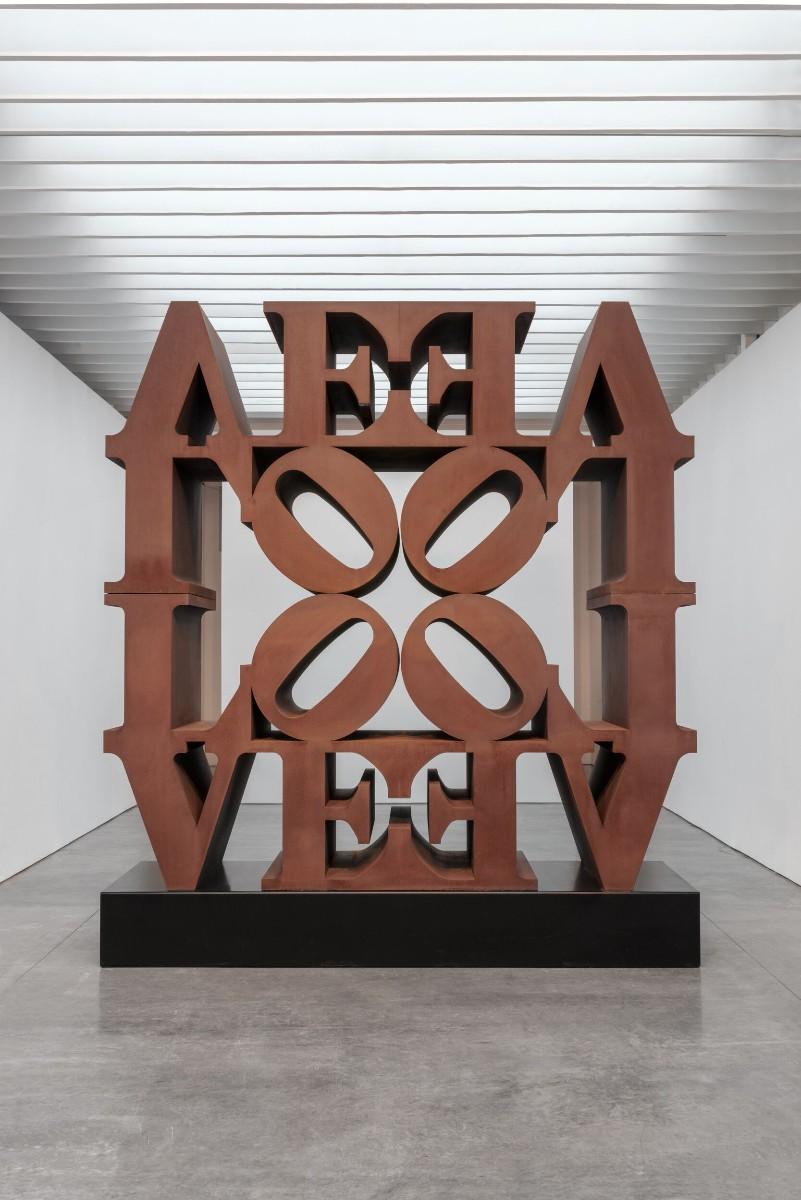 Iconic artist Robert Indiana is known for bold sculptures exploring language and numbers. Born Robert Clark, in New Castle, Indiana on September 13, 1928, Indiana showed early artistic talent, and developed his talent throughout his schooling, earning a BFA from the Art Institute of Chicago after serving in the Air Force. Indiana moved to New York in 1954 to pursue an art career, and joined the Coenties Slip art community. Indiana changed his name in 1958 to honor his home state. Indiana currently lives and works in Vinalhaven, Maine. His work has been featured in numerous solo and group exhibitions around the world and is represented in prominent institutional collections worldwide. In honor of Indiana’s 90th birthday, the Paul Kasmin Gallery is hosting a solo sculpture exhibition January 18 — March 3, 2018.

A pioneer of hard-edge abstraction, assemblage and pop art, Indiana creates art inspired by signage and advertising typography.  Like many fellow artists in the late 50’s and early 60’s, Indiana scavenged materials from abandoned warehouses in the former shipping district of Coenties Slip. Some 19th Century brass stencils inspired him to incorporate brightly colored numbers and short, emotionally charged words into his paintings and sculptures. Unlike some of his peers, Indiana addresses political and historical issues in his work. He’s also deeply interested in the multiple layers of symbolism associated with words and numbers.

The exhibition includes two of his most recognizable works: LOVE WALL and ONE through ZERO. Love is a central theme in Indiana’s work, first appearing in the 1961 painting Four Star Love. Indiana continued to explore the theme and image of LOVE in rubbings and paintings throughout the 1960’s. His LOVE image was selected for the Museum of Modern Art’s Christmas Card in 1965, and was made into a best-selling US Postal stamp in 1973. 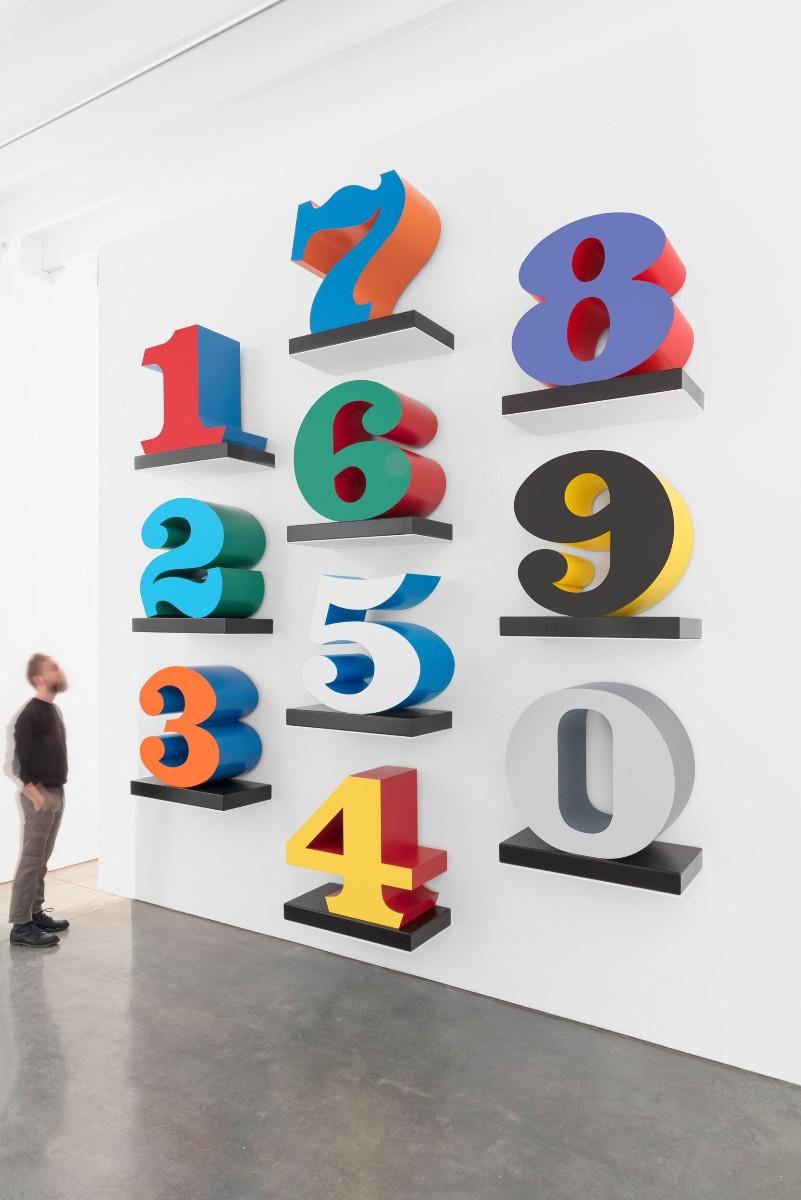 Robert Indiana's ONE through ZERO at Paul Kasmin Gallery

ONE through ZERO illustrates Indiana’s fascination with the power of numbers.  “Numbers fill my life,” he has said.  “We are immersed in numbers from the day we are born.” Comprised of ten individual sculptures, ONE through ZERO uses dramatically contrasting primary colors to invoke universal metaphors related to the sequential nature of life and death. The vivid colors and numbers have distinct associations for Indiana with birth/one (red and blue), infancy/two (green and blue), youth/three (orange and blue), adolescence/four (yellow and red),  early adulthood/five (white and blue), the prime of life/six (green and red), early autumn/seven (blue and orange), autumn/eight (purple and red), warnings of death/nine (black and yellow) and death/zero(gray). The contrasting colors of the exterior and interior planes of the numbers create a colorful interplay as visitors move around the sculpture.