The Artist Group Behind 1980s Visual Culture
Young-Il Ahn: Reflection
The Artworks Selected by the Bidens for the White House
The Met and Verizon Launch Interactive Virtual Art Experience
Grief and Grievance: Art and Mourning in America 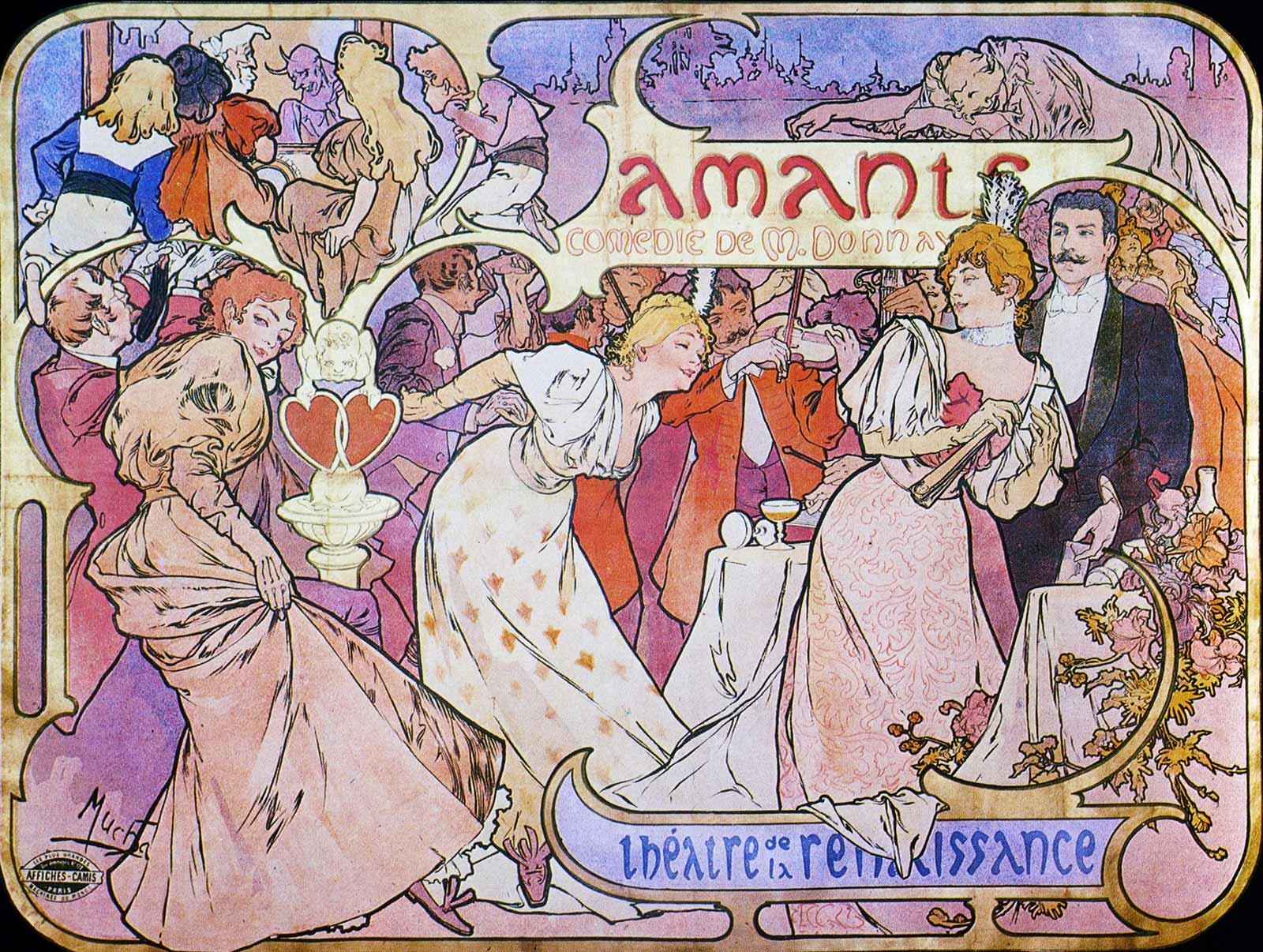 Alphonse Mucha (1860–1939), the Czech painter, illustrator, and graphic artist, may have done more than anyone to bring Art Nouveau into popular culture through his posters of French stage actress Sarah Bernhardt. His work and more are on display at the Poster House, a new museum that opened in Manhattan, New York, earlier this year. The Mucha exhibit runs through October 6, 2019.

Mucha grew up in Morvavia, now part of the Czech Republic, and was fortunate that his singing abilities allowed him to continue his education and ultimately pursue his passion for art. Later, he was able to secure a job painting theatrical decorations and sets. In 1888, Mucha move to Paris, where he was finally able to secure formal art training. Although his education was short, Mucha decided to pursue magazine illustration, where he found regular work.

Meanwhile, Bernhardt, who was a highly successful actress and producer, had returned to Paris in 1893 from a world tour that allowed her the financial means to manage the Théâtre de la Renaissance for the next six years. While starring in the play Gismonda in 1894, she hired Mucha to create a poster for the announcement of the extension of the play. 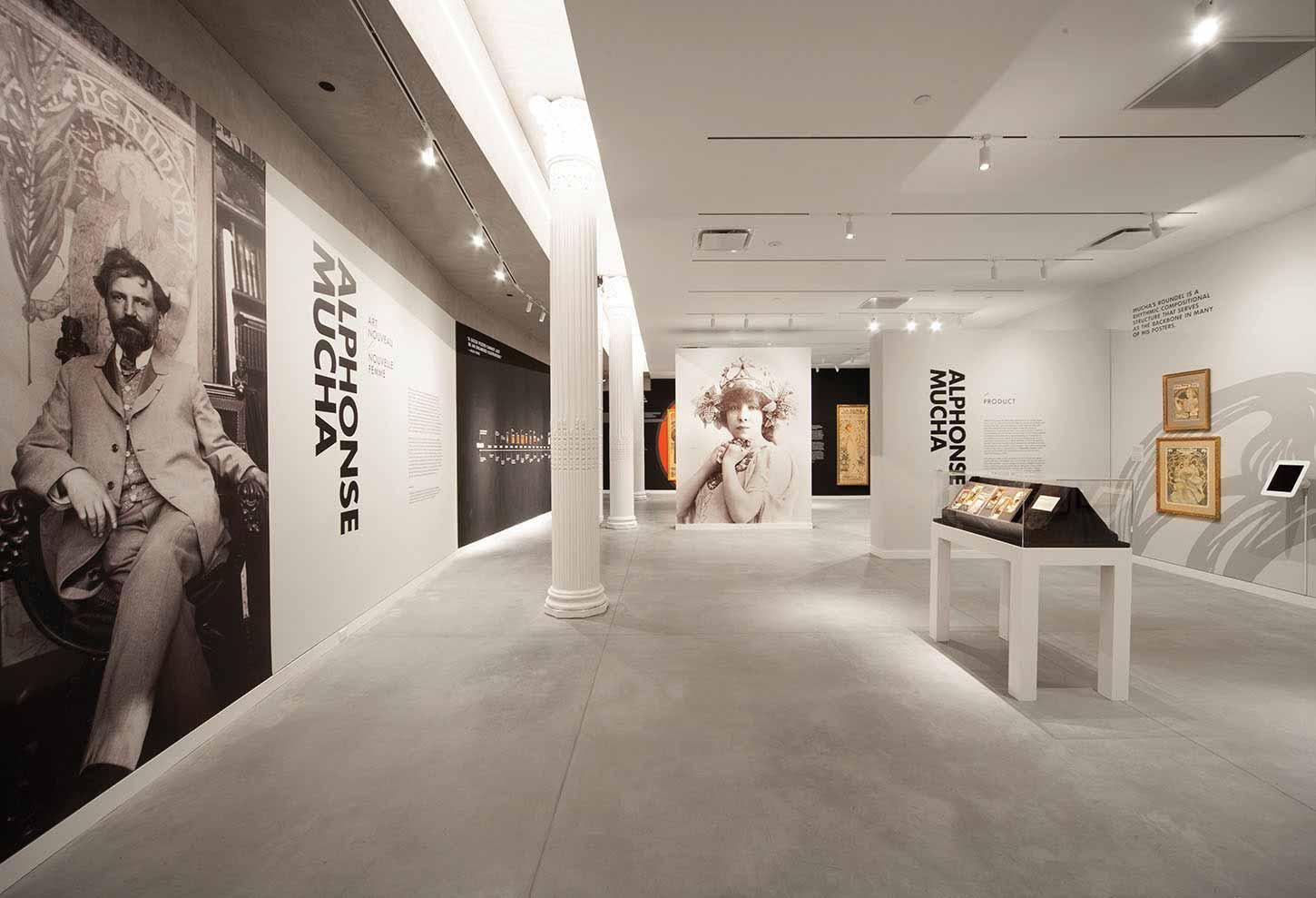 Success of the poster was immediate, and Bernhardt went on to put Mucha under contract for the next six years for her other plays. Bernhardt played prognosticator in saying about Mucha, “I predict you will be famous.” In addition, Mucha had a sense of what that success would look like, setting aside a number of posters for collectors. Print runs numbered in the thousands.

Mucha’s success became the success of Art Nouveau, pushing it to the forefront where it reached its peak at the 1900 Paris International Exhibition. By then, Art Nouveau was appearing in architecture and decorative art worldwide. 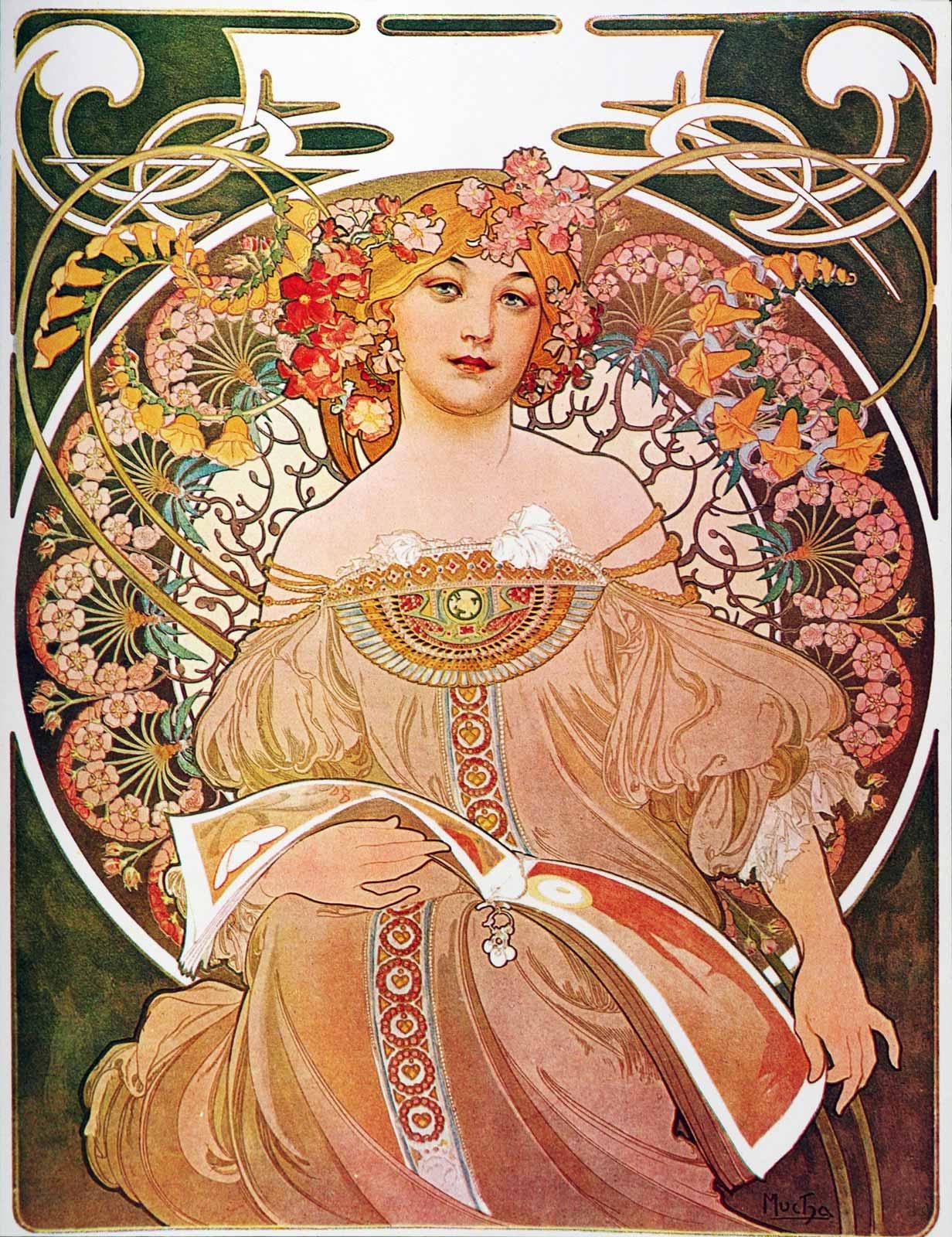 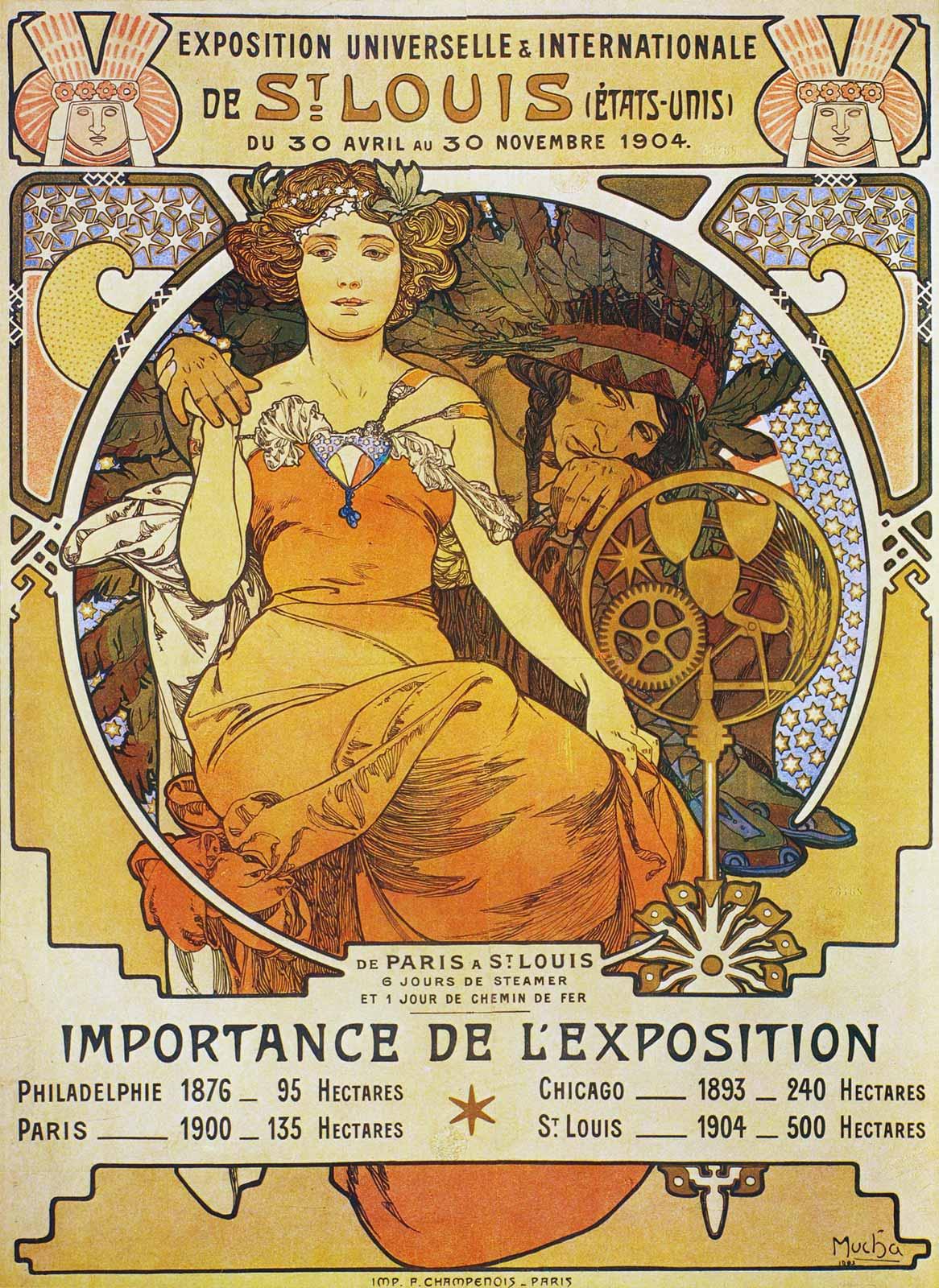 In many ways, though, Mucha remained a work-for-hire artist all his life, although he maintained his dreams of simply being a painter. Throughout his later years, he worked on what he considered to be his most important project, The Slav Epic, a series of large paintings depicting the achievements of the Slav people over the ages.

Mucha died shortly before World War II of pneumonia, after having been arrested and released by the Gestapo during the takeover of Czechoslovakia.

The Poster House exhibition of Mucha is on loan from the Richard Fuxa Foundation, which houses the most complete collection of Alphonse Mucha.