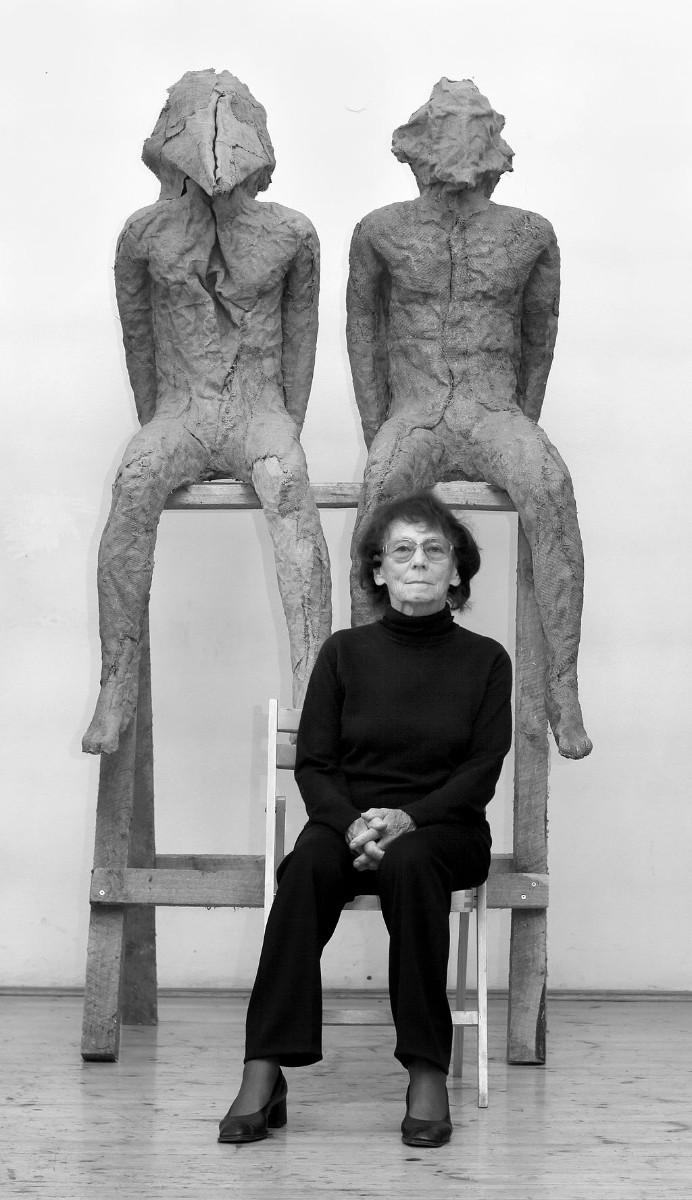 Magdalena Abakanowicz in her art room

The first showing of Magdalena Abakanowicz’s work since her death in April 2017 at the age of 86, Embodied Forms covers a large portion of Ababkanowicz’s career, from 1971-2009. A prolific artist for more than 50 years, Marlborough Gallery’s small retrospective touches on many of the periods and styles Abakanowicz embarked on. 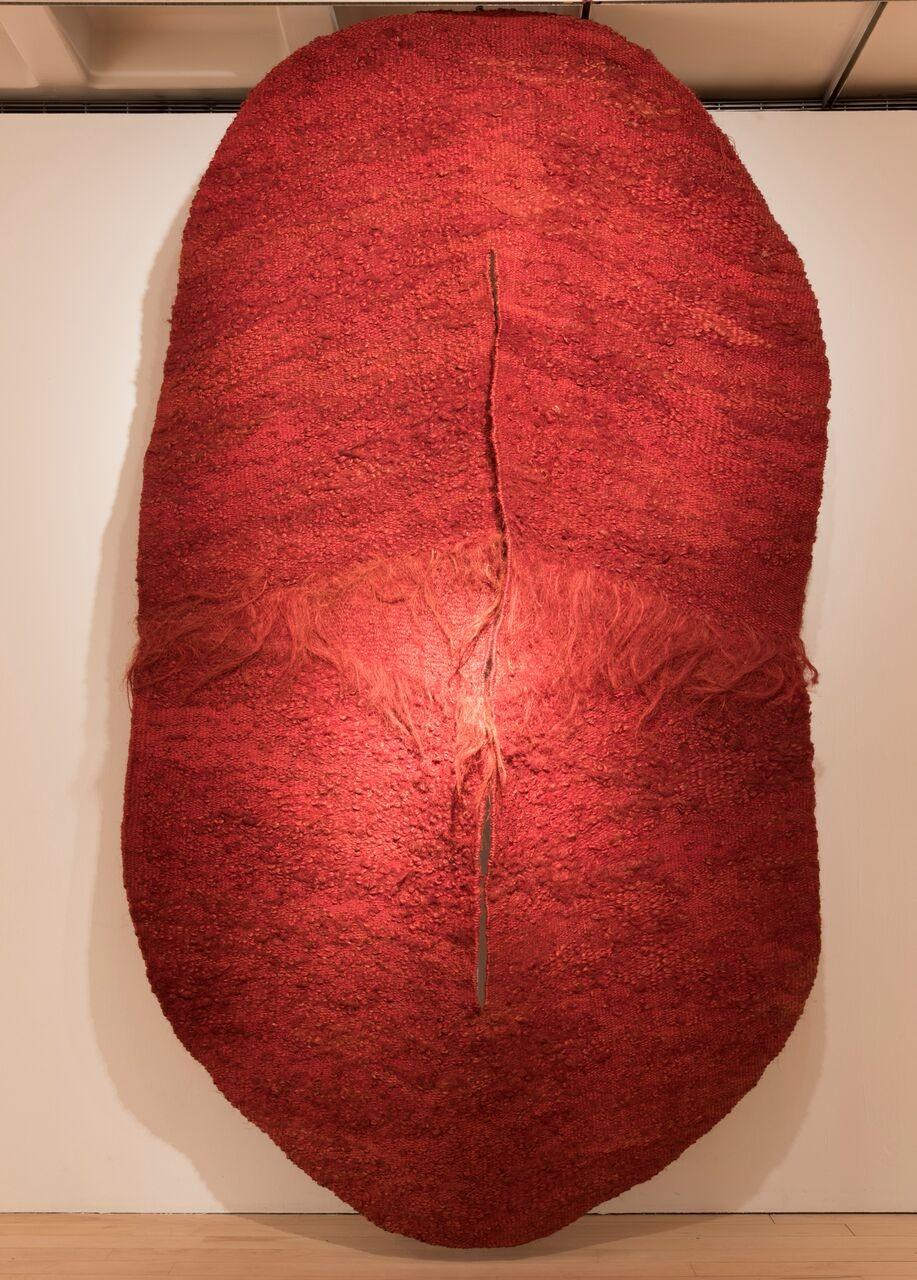 Known as a pioneer of textile sculpture, Abakanowicz first gained notoriety in the 1960’s for massive woven forms made of recovered rope, called Abakans. While fine and conceptual craft objects were still establishing their identities in the fine arts world, these objects bridged the divide and defied definition. Marlborough has several of these on display.

Having come of age in World War II-era Poland, Abakanowicz’s thoughtfully crafted works are often somber, evocative of the existential quandaries man faces. Standing alone or in groups, her figures feel isolated–from their surroundings, other figures, and even themselves. Working in organic materials, and later cast bronze and iron, from the 1970s until her death, Abakanowicz created major bodies of work in figural sculptures, found in museum collections and as public art the world over. Marlborough Gallery has two such groups on display in two gallery locations. When viewing these works, we are simultaneously invited to be part of the group, and to empathize with the solitude of her figures. 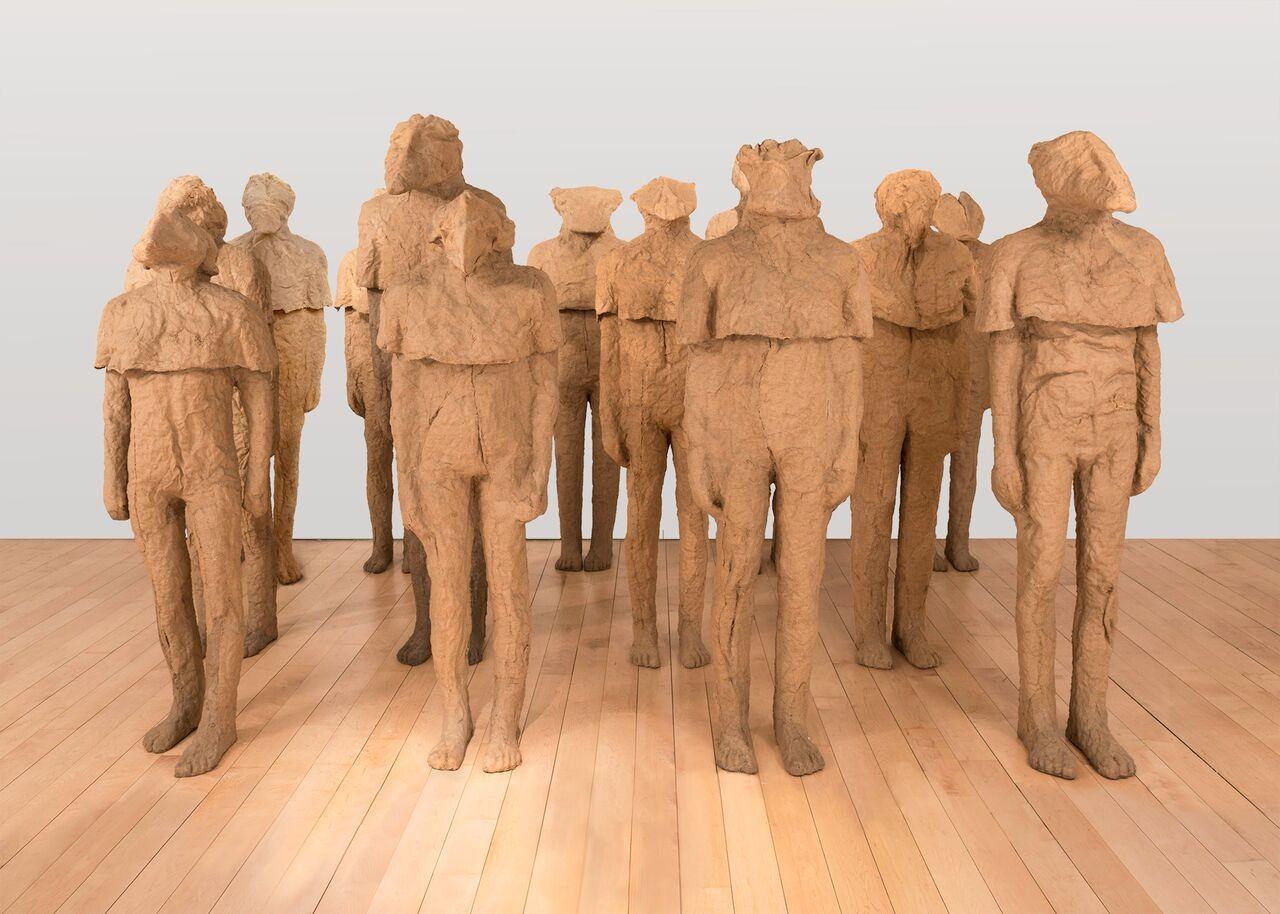 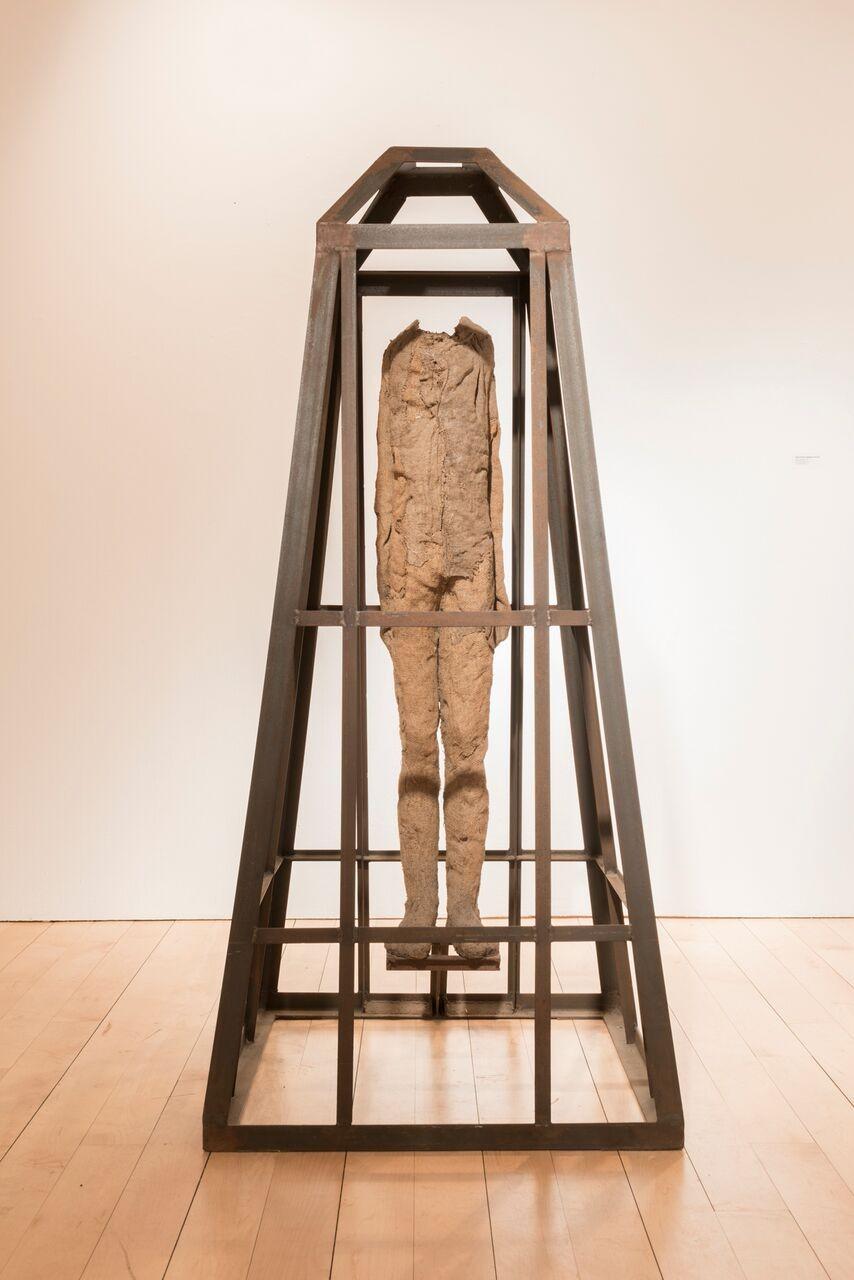 Embodied Forms is on display through March, 2018. Learn more about the exhibition here.