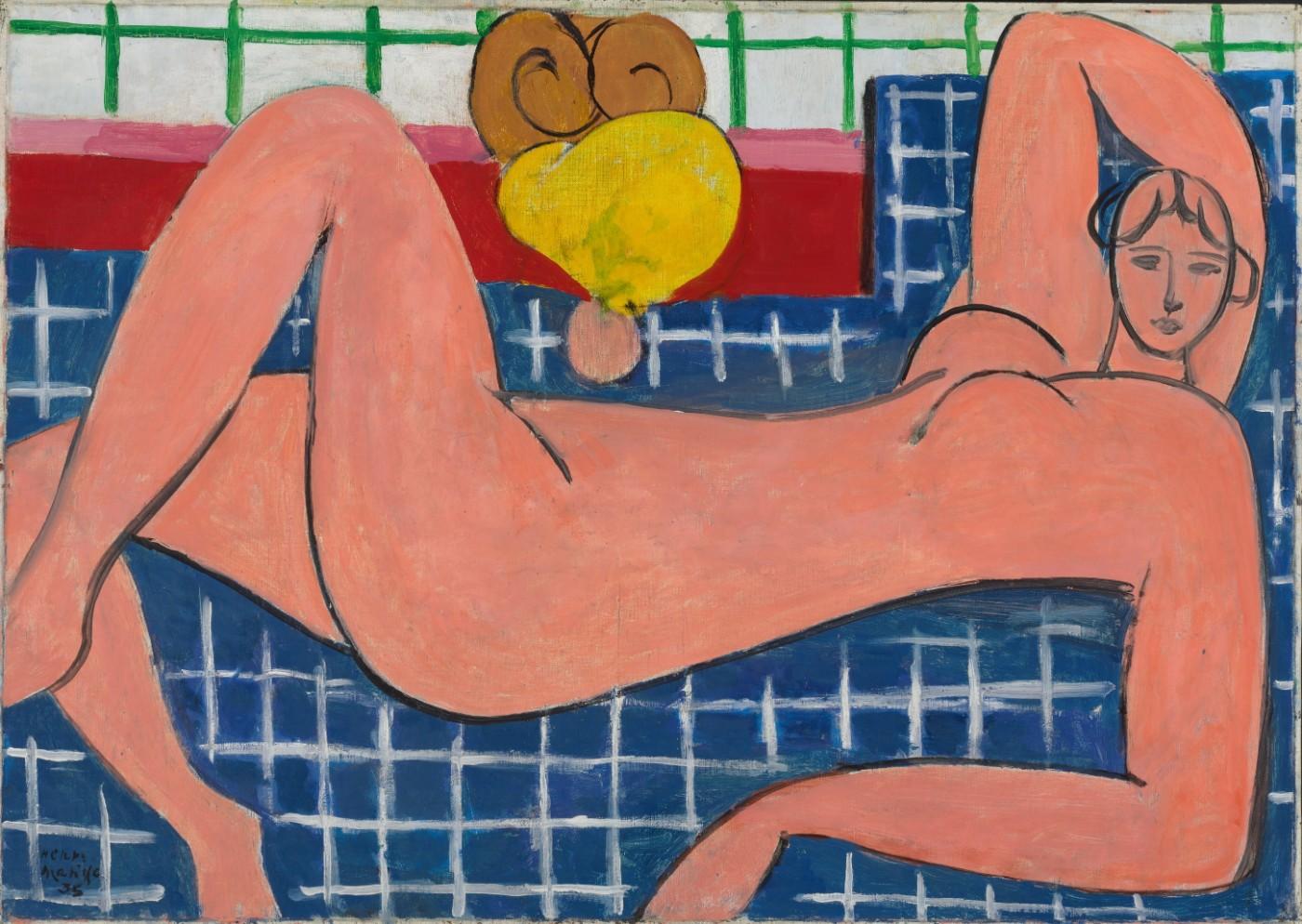 Boasting the world’s largest public collection of works by Henri Matisse, the Baltimore Museum of Art plans to capitalize on that distinction by creating a global center dedicated to the study of the French Master and his legacy.

Directors announced this summer that the museum has received a $5 million gift to create the Ruth R. Marder Center for Matisse Studies, a new kind of artistic “brain trust” that will be based within the museum’s walls and will draw on its unsurpassed collection of more than 1,200 works by the noted Post-Impressionist.

“With the opening of The Ruth R. Marder Center for Matisse Studies, we are creating new opportunities to engage our audiences with our collection and to spark new interests and conversations on Matisse’s influence on modern and contemporary art practice,” said museum director Christopher Bedford, in a statement. 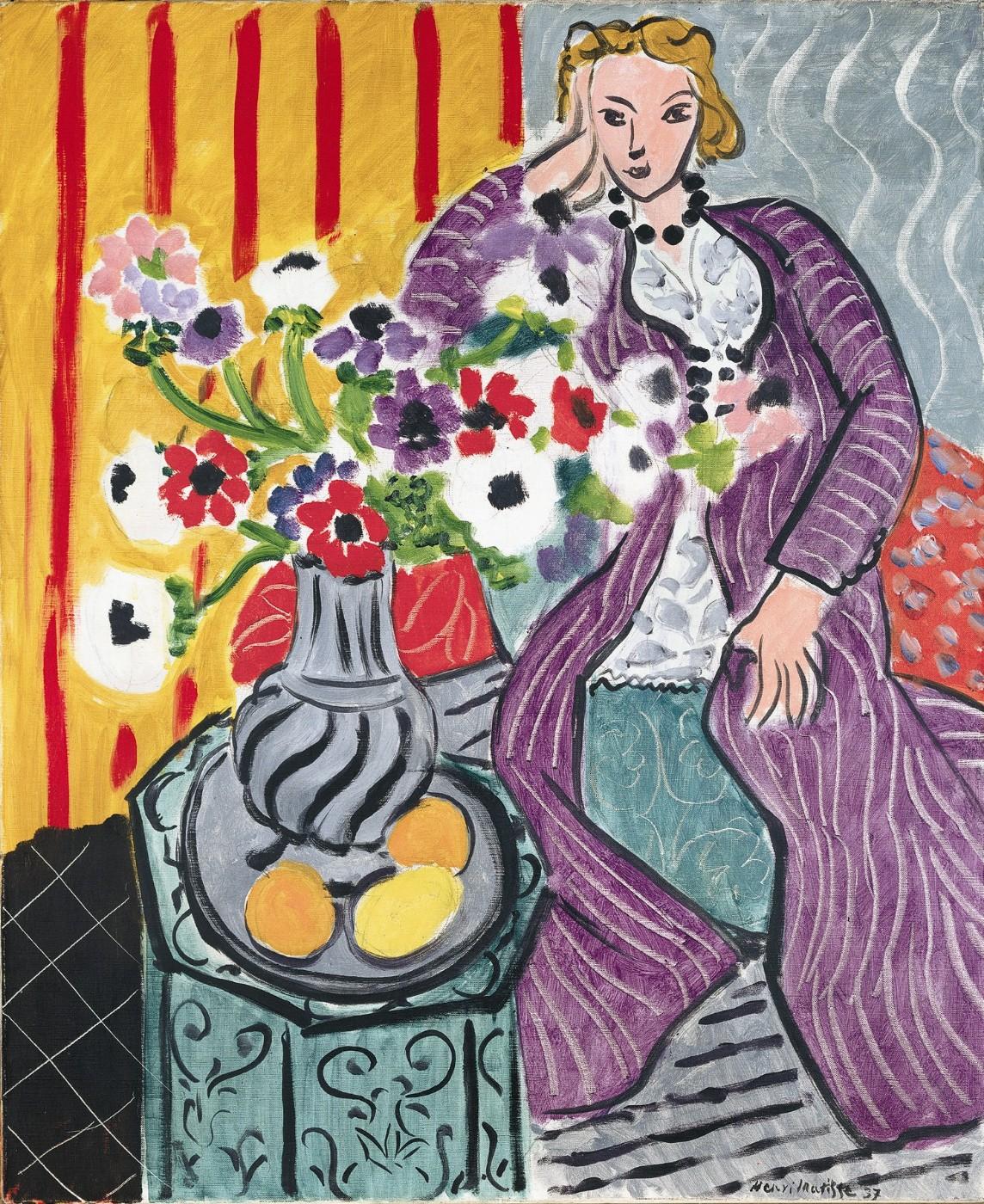 Scheduled to open in 2021, the Marder Center will serve as a resource for scholars by providing a setting for research, lectures and symposiums about Matisse, as well as a place to develop exhibits and publications that show the “breadth and depth” of the museum’s Matisse holdings and contribute to academic and public understanding of his work.

The gift will be used to design and build a 3,400-square-foot space within the museum; to digitize and publish portions of the collection, and to establish an endowment for operations.

Matisse, who lived from 1869 to 1954, is considered one of the greatest artists of the 20th century and remains a seminal figure for scholars and artists today. In an interview, Bedford said his goal is to make the Baltimore Museum of Art “the center for Matisse studies worldwide.” He’s looking for it to generate “ideas, essays, books and exhibitions that would have been unimaginable otherwise and are unimaginable to me as we speak.” 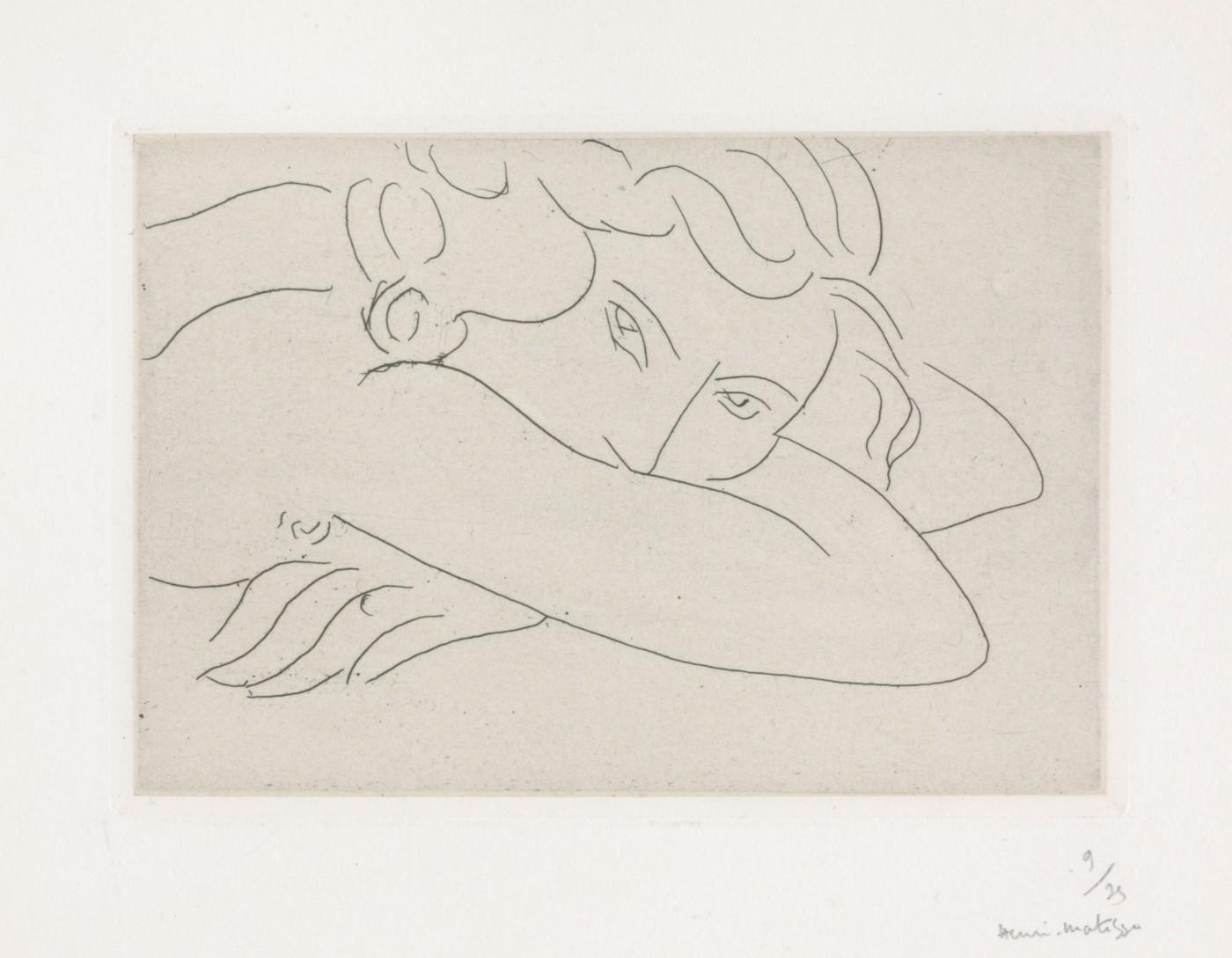 While the museum has one of the greatest collections of Matisse’s work, “I think we needed help in telegraphing that fact to the broadest possible public, meaning right here in Baltimore but then all over the art world,” he said.

“I think it’s a particularly apt investment because if you speak to a younger generation of painters, they remain keenly interested in Matisse’s work, from Mark Bradford to Lisa Yuskavage to Christopher Wool to Charline von Heyl. He is the most resonant European artist in the 20th century, so it made abundant sense for us on that level…If we are able to reach out [to artists and scholars] with this center as incentive, then I think there is no limit to how broad our understanding of Matisse could be.”

The museum solidified its status as a center for Matisse works in 1949, when longtime patron Etta Cone donated more than 500 works of his as part of the renowned “Cone Collection” assembled by herself and her sister, Claribel. The museum has added more than 700 paintings, sculptures, drawings, prints and illustrated books, including gifts from the Matisse family. Famous works include The Blue Nude (1907) and the Large Reclining Nude or Pink Nude (1935). 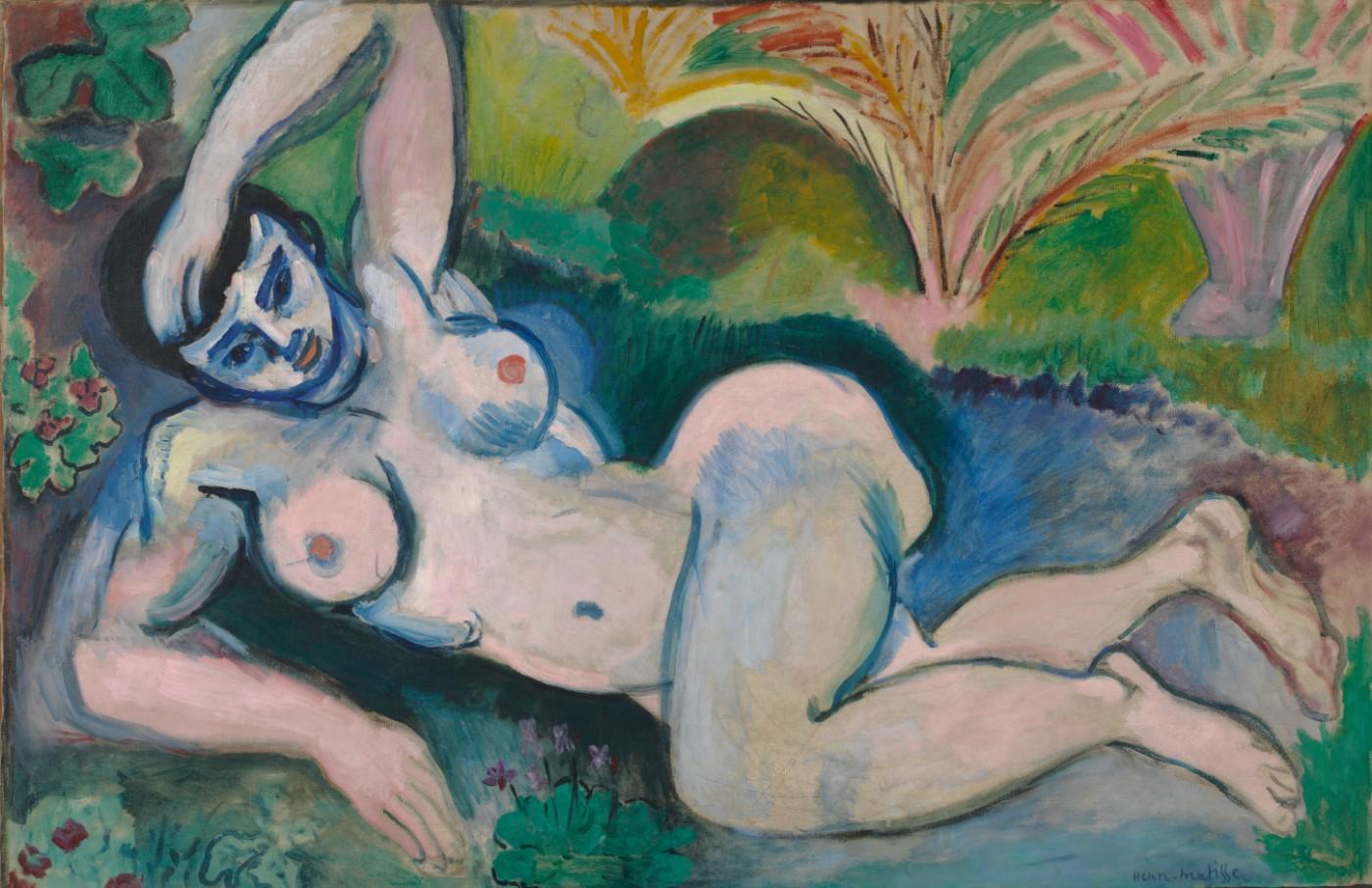 The $5 million donation comes from the Ruth Carol Fund, a Baltimore-based philanthropy named after Ruth Carol Rosenberg Marder, a museum supporter who died in 2011. Jay Fisher, a Matisse scholar who was most recently the museum’s Chief Curator and Senior Curator of Prints, Drawing and Photographs, has been named the first director. Quinn Evans Architects will design the center, which will be on the museum’s first floor, one level down from the Cone Collection.

Bedford acknowledged that even though Matisse is a “titanic figure” in the art world, not as much has been written about him as about some other well-known artists.

“While Matisse is unquestionably a household name, the volume of scholarly literature on his work is dwarfed by Picasso,” he said. “I would also say his influence is at least equivalent to Picasso’s, particularly in the present moment. So bringing his import into alignment with the way he’s studied and presented is part and parcel of what we’re trying to do.” 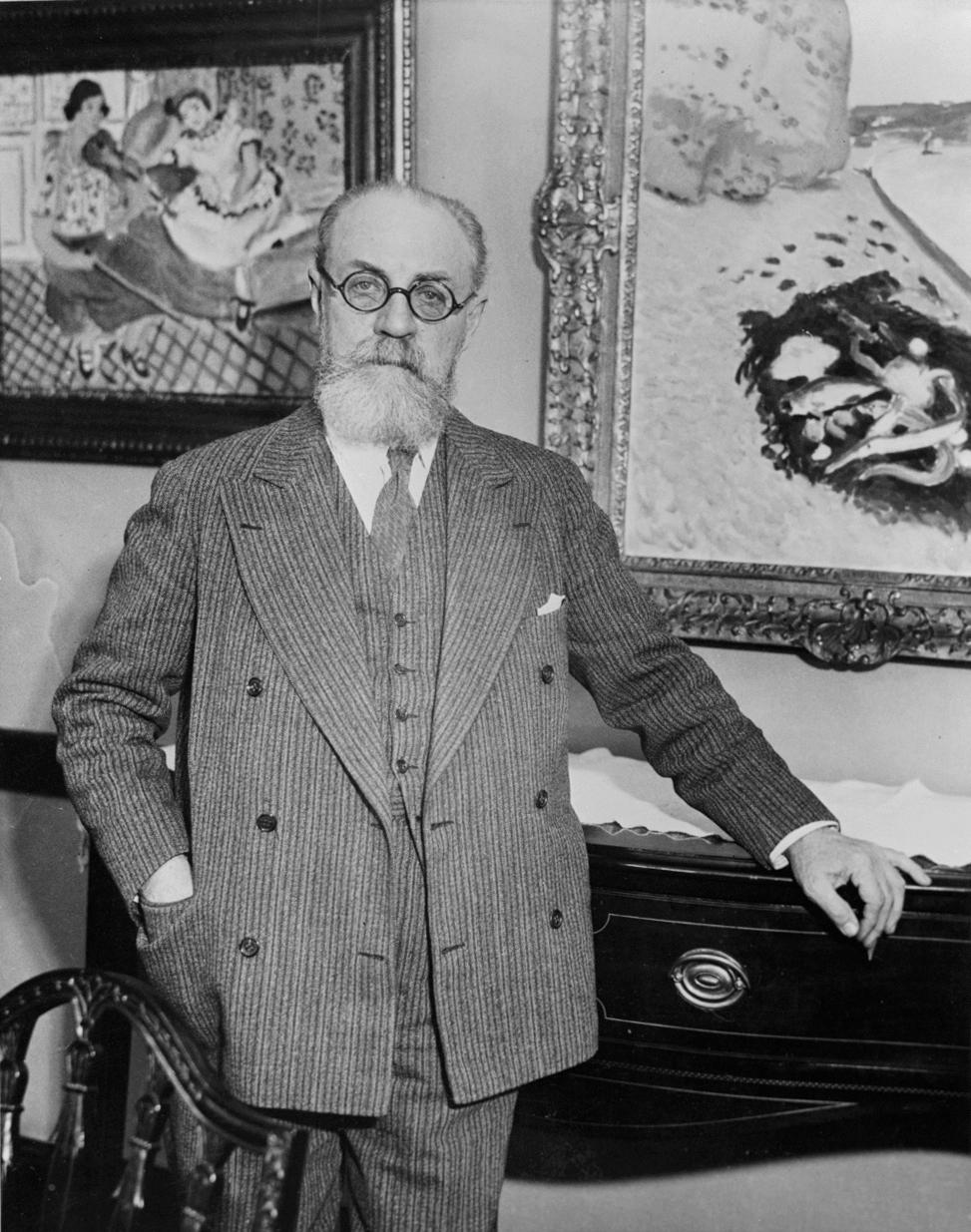 The Baltimore Museum of Art Archives

In the spring of 2021, leading up to the center’s opening, the museum will present an exhibit about the unusual, 40-year, artist-collector relationship between Matisse and Etta Cone, who died 20 years after her sister. Curated by Katy Rothkopf and Leslie Cozzi, the exhibit will focus on the collection process itself, examining both the works that Etta Cone purchased early in their relationship, and also those that Matisse later created with the Cone Collection in mind.

“This was a completely different kind of relationship wherein Matisse is very consciously building a retrospective of his own work across media, with Etta, for the purpose of that collection landing as a bequest to an American museum,” Bedford said. “The show will delve into the mechanics of that…It’s a great story.”

And what if all of this leads to even more donations of Matisse’s work?

“That would be a fabulous problem,” Bedford said. “That has been an aspiration as we’ve conceived this project all along–that there would be incentive for further generosity.”