The indoor galleries of the Museum of Outdoor Arts (MOA) will show more than fifty works for Rauschenberg: Reflections and Ruminations, showing February 24 to June 13 at the Englewood Civic Center, Englewood, CO. The first solo exhibition of Robert Rauschenberg’s work in Colorado initially caught a wave on Captiva Island, FL, where the artist lived near the parents of MOA CEO Cynthia Madden Leitner.

“Bob bought a lot of property, and Captiva is a small island,” said Leitner.

“Bob Rauschenberg was down here before most people knew how to spell ‘Captiva,’” said Leitner’s father, John Madden. 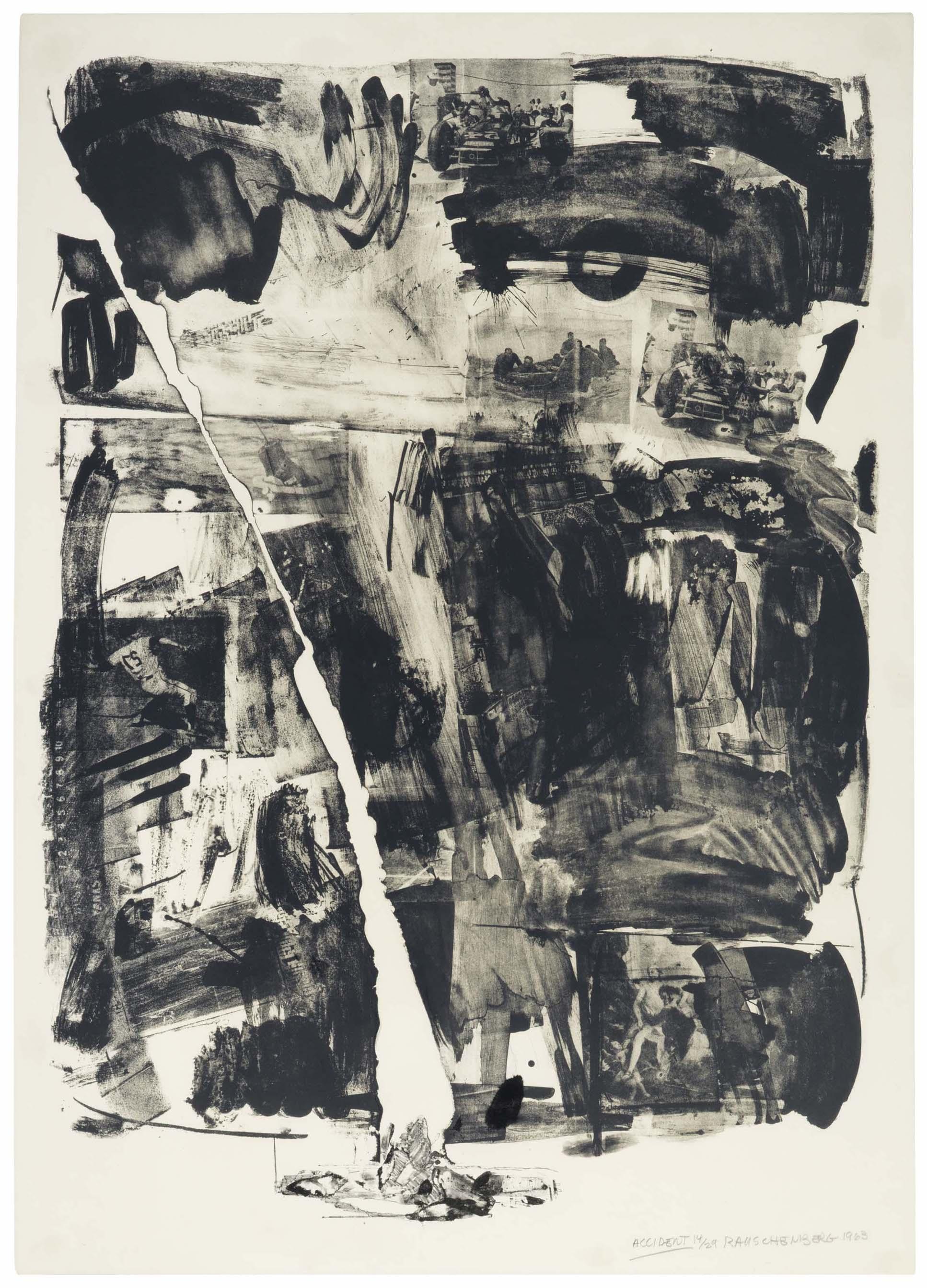 Madden—a retired developer, longtime art collector and early proponent of public art—met Rauschenberg and purchased several of his works. Madden donated his extensive collection now known as The Madden Collection at the University of Denver. Several of Madden’s Rauschenbergs are on loan for the MOA exhibition that spans 1962 to 2008.

In 2017, MOA exhibited Unerased Journeys: A Survey of Works by Darryl Pottorf. Pottorf, a Rauschenberg protégé and companion for 38 years, sat for an interview prior to the exhibition and recalled the life and death of one of the 20th century’s greatest American artists.

“We talked nonstop,” Pottorf said of Rauschenberg. “We had dinner together every night. Our brains crossed. We were traveling a lot, talking on jets, in hotels, experiencing all these things together. We went to the White House six times. We had a lot of the same nature. Our personality traits were alike. We liked anything new: new food, new experiences.” 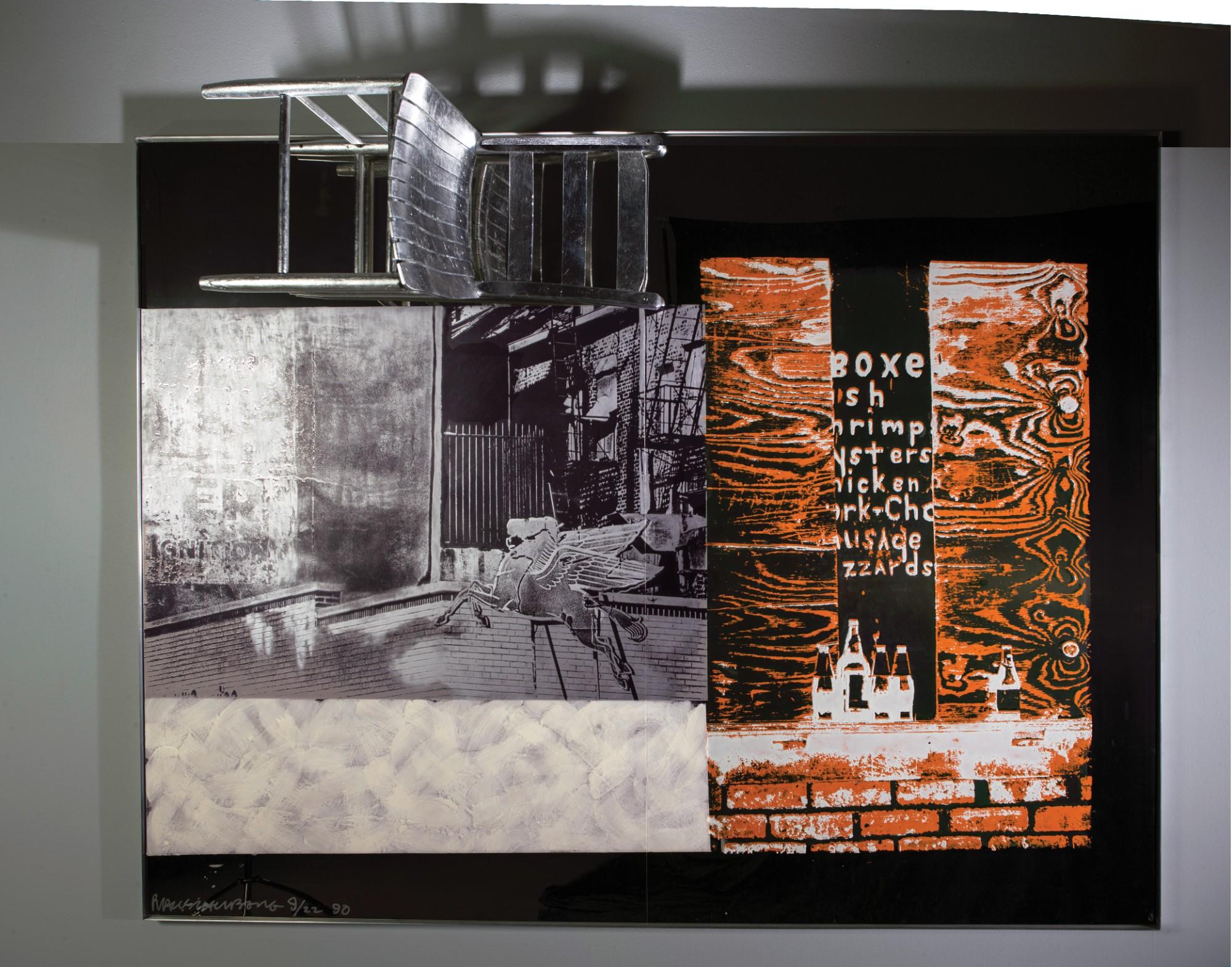 Photo William O'Connor, courtesy of the Madden Collection at the University of Denver

Rauschenberg and Pottorf traveled internationally, particularly with the Rauschenberg Overseas Cultural Interchange (ROCI). They made trips to China and Africa, to Russia where they met with President Mikhail Gorbachev, and to Cuba, where they stayed at President Fidel Castro’s beach house. They enjoyed the hospitality of Malaysian headhunters, spent a week with the Dalai Lama, and hobnobbed with a cross-section of luminaries including Hilary Clinton, Elizabeth Taylor, Mohammed Ali, Lauren Hutton, Lily Tomlin and Sharon Stone. Pottorf and Rauschenberg were in Berlin when the wall came down.

Pottorf remembered Rauschenberg’s well-balanced nature and their shared affection for bicycles—both in life and in their artworks. One of Rauschenberg’s most famous silkscreens, Bicycle, was added to the National Gallery of Art collection. In Berlin, Rauschenberg’s Riding Bikes sculpture with neon was installed to reflect into a fountain. Pottorf said bicycles served as an appropriate metaphor for Rauschenberg’s love of movement and his lightheartedness.

“I rarely ever saw Bob get mad,” Pottorf said. “If agitated, he’d verbally say something appropriate that would hurt, but not hurt. He was really brilliant with words. He could turn situations around with words.” 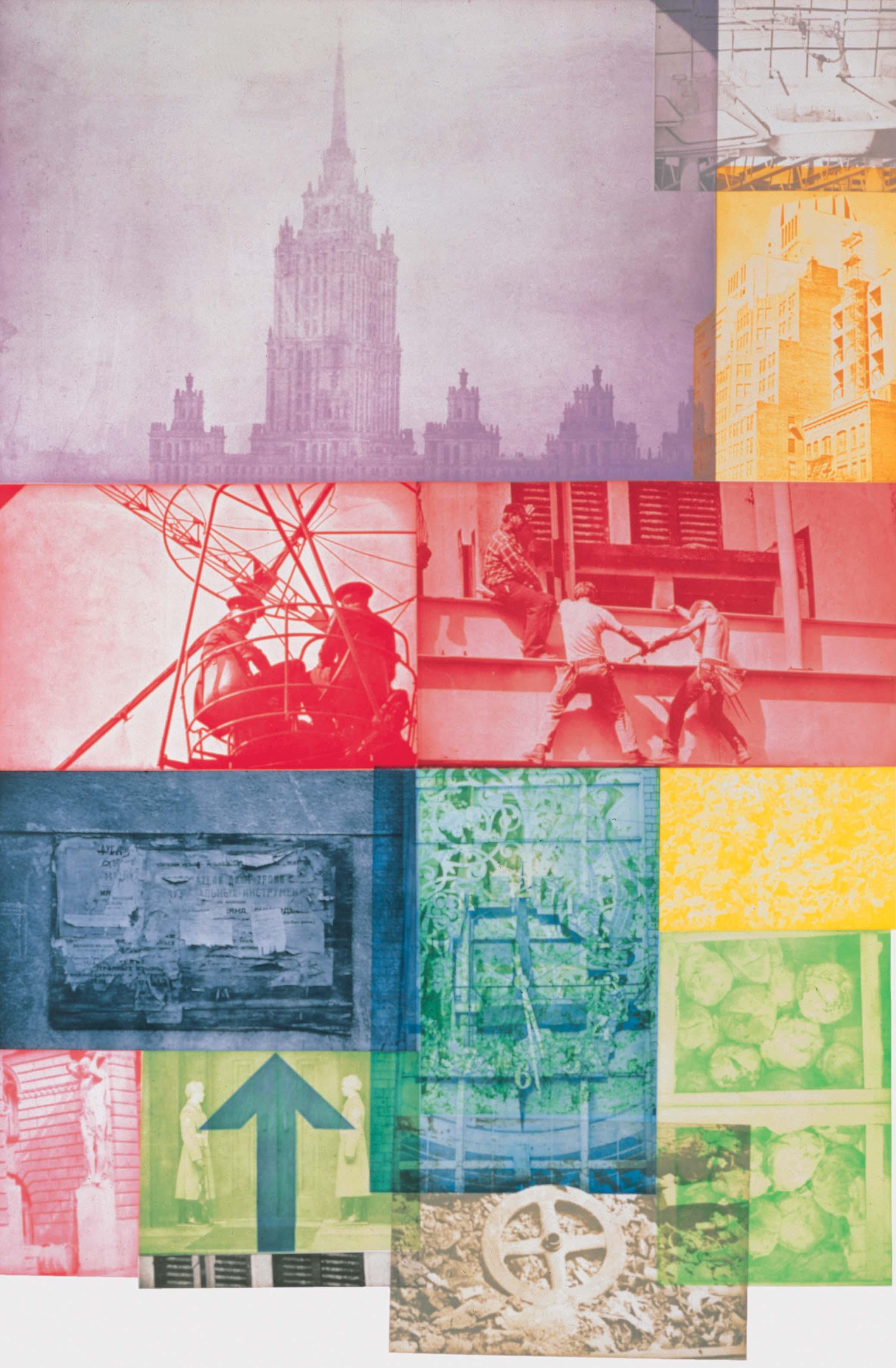 Rauschenberg worked until the final days of his life. And when he died, Pottorf was part of that final process.

“We’d brought him back to the studio so he could die there and not in a hospital. We had hospice care. He was still directing paintings. He was bedridden,” Pottorf said.

Rauschenberg consulted all of his physicians to see whether any held hope of his getting better. None did.

“I saw his back relax, and he said ‘I want to be unplugged tonight.’ He knew what he wanted. He died that night,” Pottorf said. 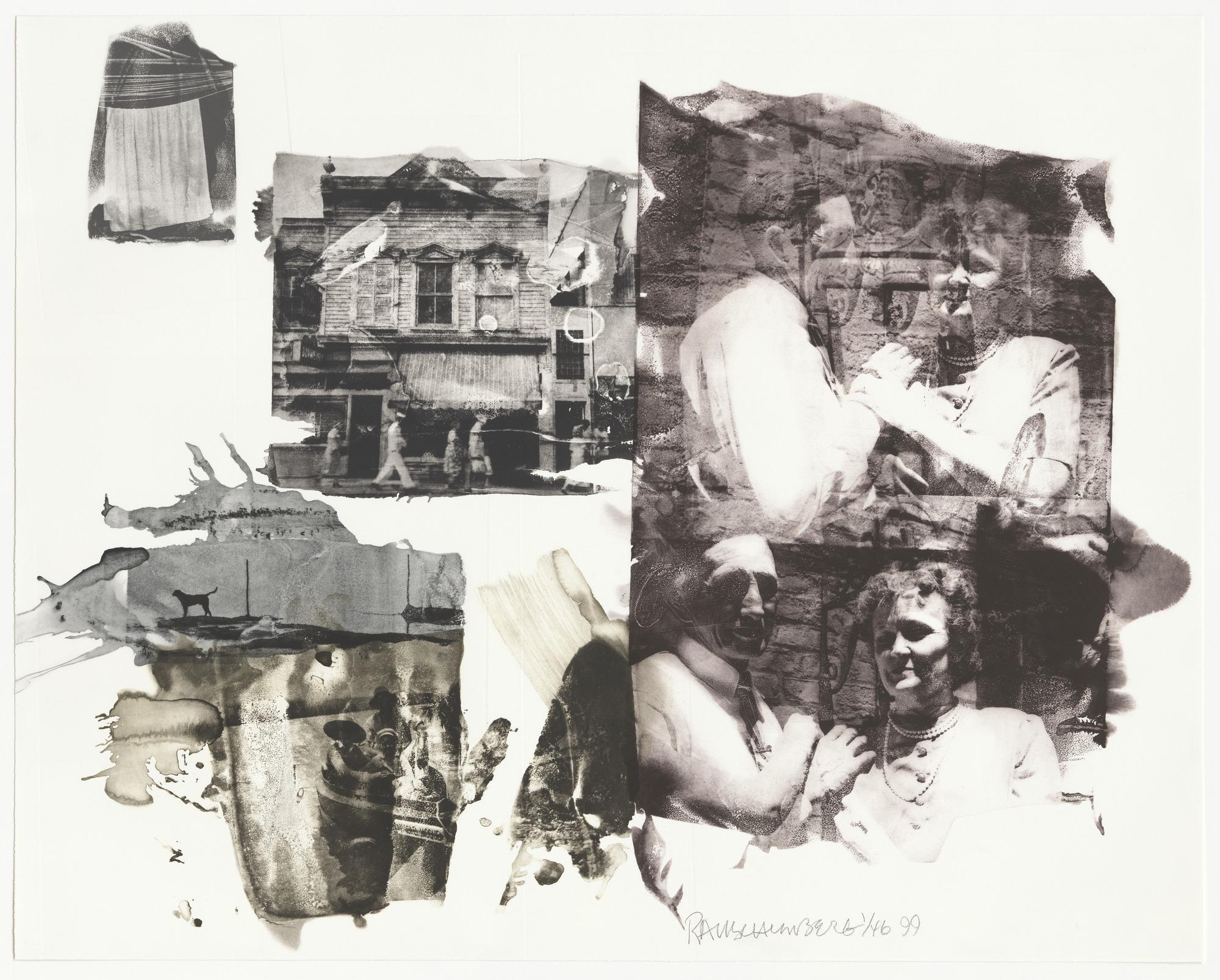 Courtesy of the MaddenCollection at the University of Denver

“I was with him when he took his dying breath on May 12, 2008. I was by his side holding his hand. When his monitor went to zero, I whispered in his ear, ‘See you on your bike.’ He opened his eyes and smiled, and that’s how he died.”

“It was a privilege to get to see that house,” Leitner said. “It was designed more like an amazing museum with two bedrooms way up on the third floor. When I met with Darryl, in the kitchen, there was a red cashmere jacket draped over a kitchen chair. Darryl told me that it was where Bob used to sit, and that he’d just left his jacket there. It was like Bob was there. It was like one of Bob’s combines, in a way, and I’m sure that was not lost on Darryl.” 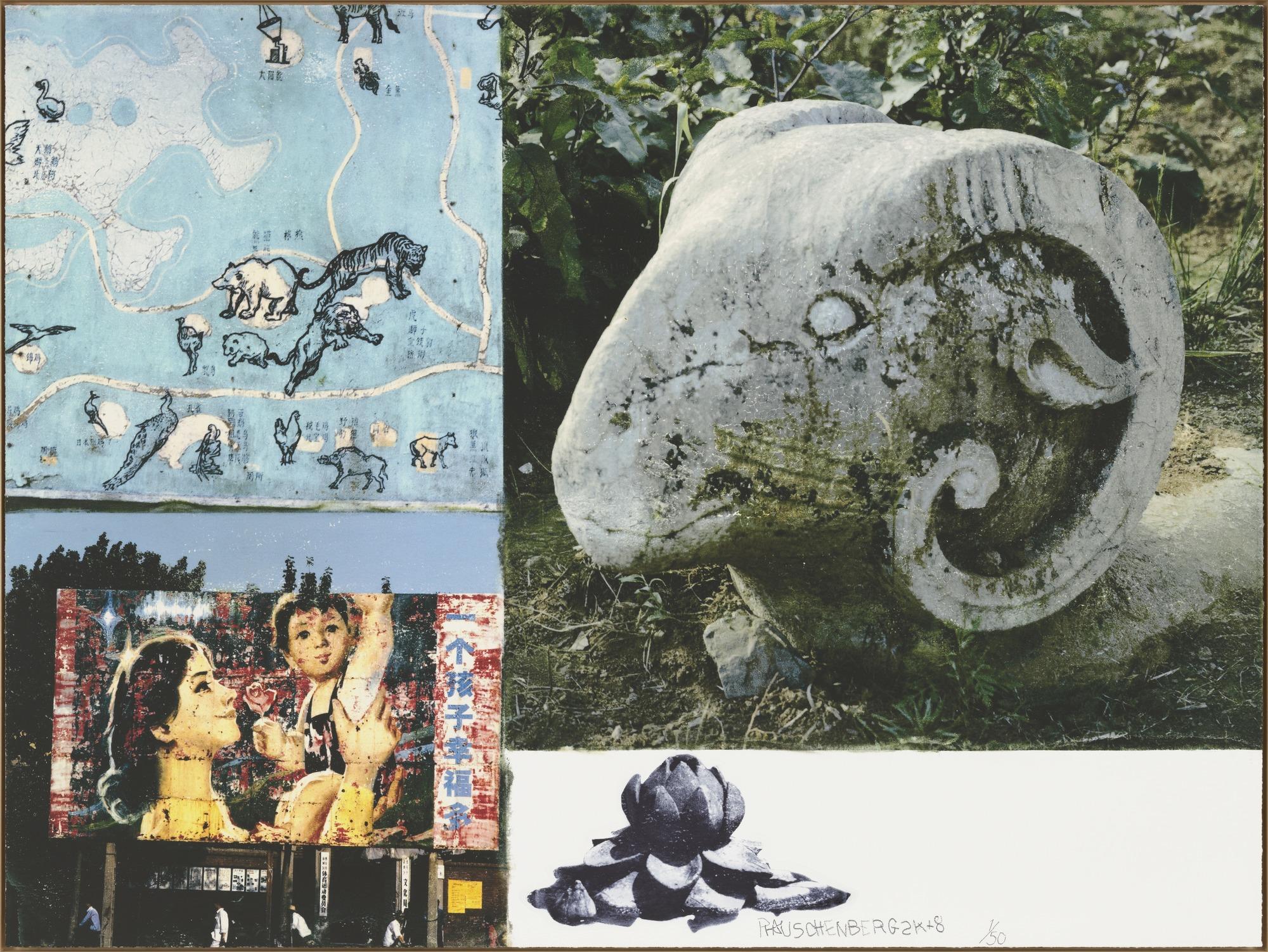 “It was a rough couple of years after Bob died,” said Pottorf, who found a creative way through his grief.

“I got some of Bob’s ashes and made about twenty small works for his family and closest friends. I made each one relevant to the person and their relationship with Bob. I put a thumbprint of Bob’s ashes in the paintings,” Pottorf said. “Bob had a sense of humor, and it was a way of making a Bob thing.”