Going Medieval at The Morgan Library 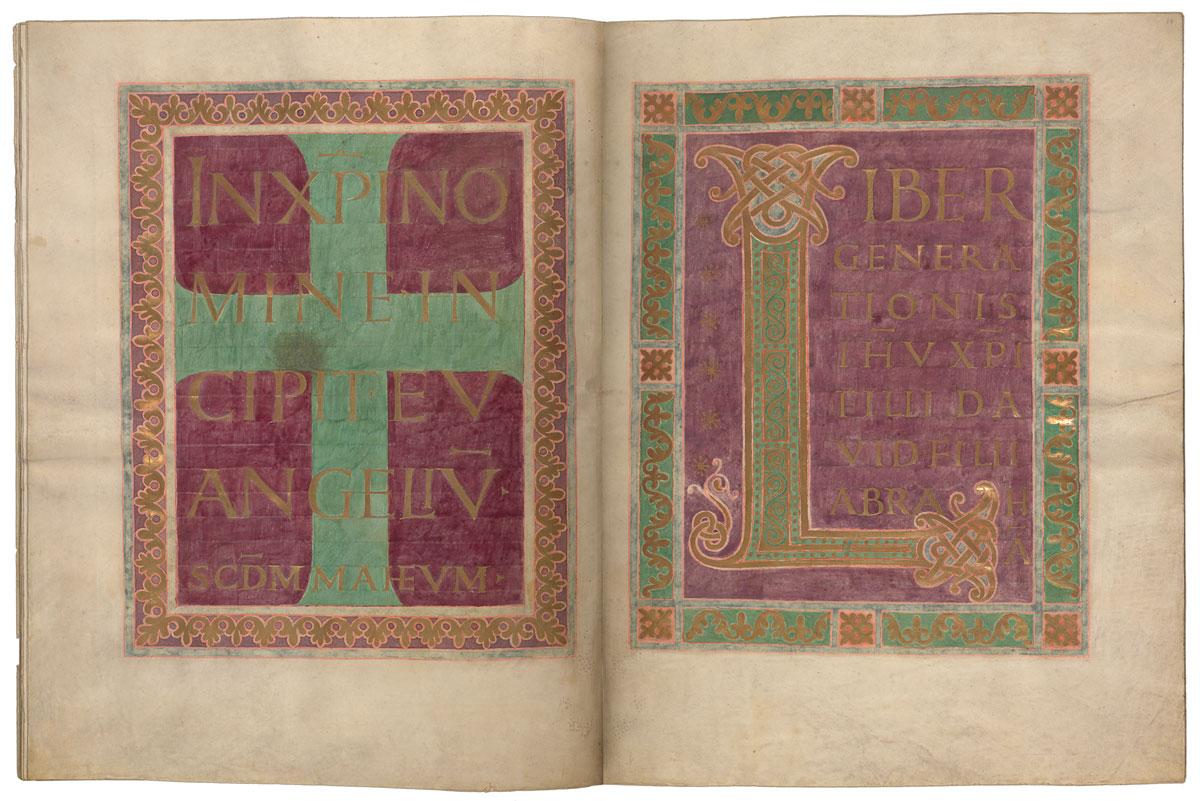 Courtesy of The Morgan Library.

This fall, the Morgan Library will be exhibiting some of its most bejeweled medieval books in the show Magnificent Gems: Medieval Treasure Bindings. The exhibition, which is running September 2017 through January 2018, will include a dazzling collection of treasure bindings adorned with sapphires, diamonds, emeralds, pearls, and garnets and other precious stones.

Treasure binding is a practice that dates back to the end of the Roman Empire but became more popular in Medieval Europe and the Byzantine Empire. Gemstones and precious metals were incorporated into the bindings of Christian texts as a way to venerate the word of God. Treasure bindings may also have been allusions to the prophesized heavenly Third Temple of Jerusalem, which will be built in a coming Messianic age. In addition to all of this, treasure bindings served the more Earthly purpose of signposting the wealth and status of their owners. Among the most important works to be exhibited at the Morgan Library will be Lindau Gospels. J.P. Morgan’s first major medieval purchase, the Lindau Gospels have become a staple of any Western Art History survey course. The book, a conglomeration of several outstanding, independently-produced pieces, represents the best of the Carolingian Renaissance. The back cover was likely produced in modern-day Austria in the late eighth century. The front cover dates to about a century later. The text of the Lindau Gospels are believed to have been created shortly after the front cover at the Abbey of Saint Gall. It is unclear when the pieces of the Lindau Gospel came together in their present form.

The Lindau Gospel’s most striking element is its elaborate front cover. The front cover is adorned with gems and features gold repoussé embellishments. Gems frame a gold crucifixion scene at the center of the cover. The surrounding gems appear in a plant motif, something not unusual for the Carolingian period.

While the front cover is sure to make visitors gawk, one cannot forget that the text in the Lindau Gospel is also exceptionally beautiful. The beginning of each of the works’ four Gospels are marked by elaborate two page embellishments of their opening verses. The Morgan Library reports that “as many as seven different scribes were engaged in the copying of the [Lindau] texts, and it is thought that a monk named Folchart--one of St. Gall’s preeminent artists--was personally responsible for some of the manuscript’s illuminated pages.”

Anyone interested in medieval art or the history of luxurious objects won’t want to miss this show. For more information about the Lindau Gospels or the upcoming Magnificent Gems: Medieval Treasure Bindings exhibition, visit The Morgan Library online.

Images Courtesy of The Morgan Library