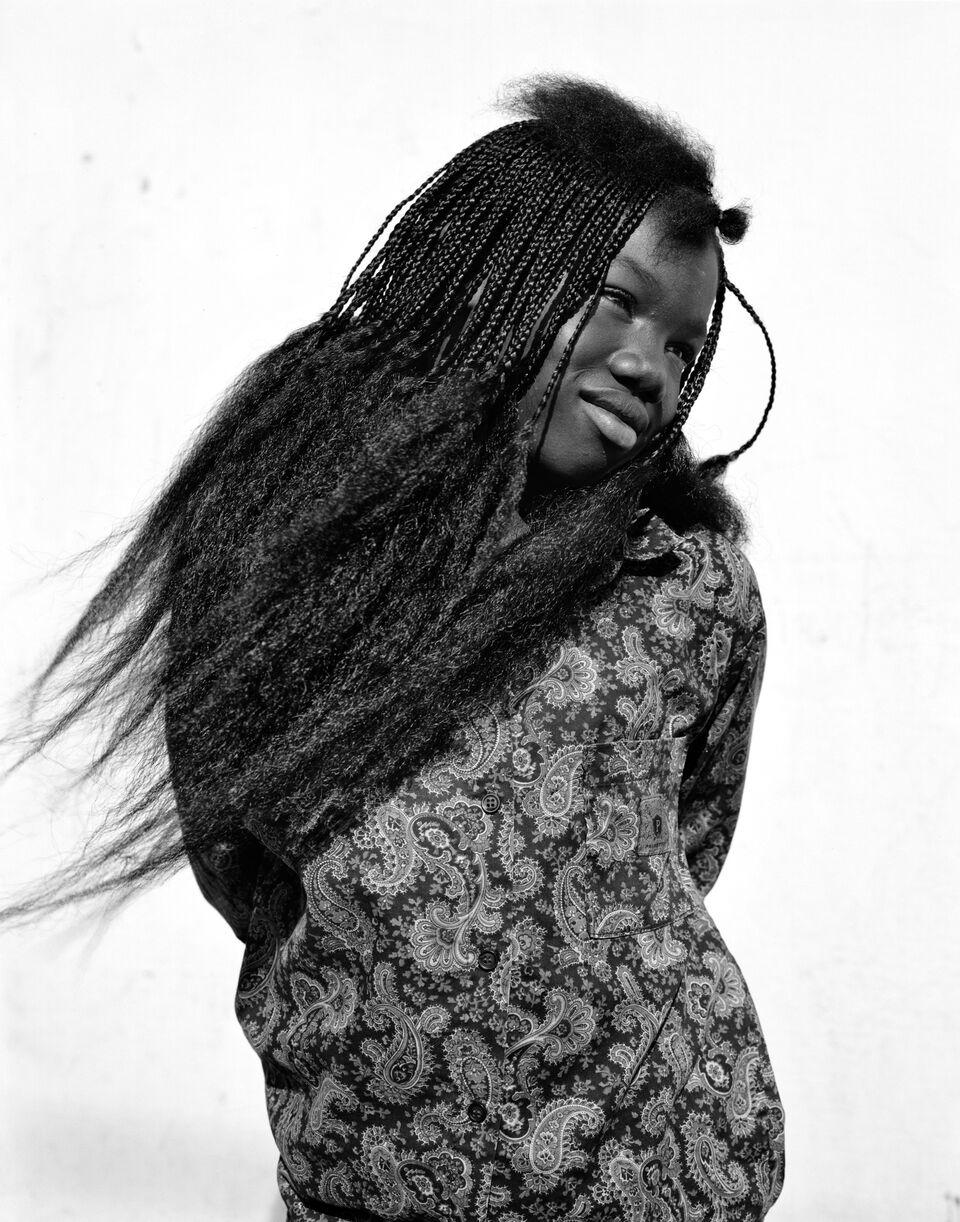 © Dana Lixenberg, Courtesy of the artist and Grimm, Amsterdam

The Deutsche Börse Photography Foundation Prize 2017 exhibit showcases the artists shortlisted for this prestigious prize–Sophie Calle, Awoiska van der Molen, Taiyo Onorato and Nico Krebs, who work as a pair–and this year’s winner, Dana Lixenberg. The artists were chosen based on exhibitions of their work in Europe; this is the first exhibition of the prize nominees to be shown in the United States. 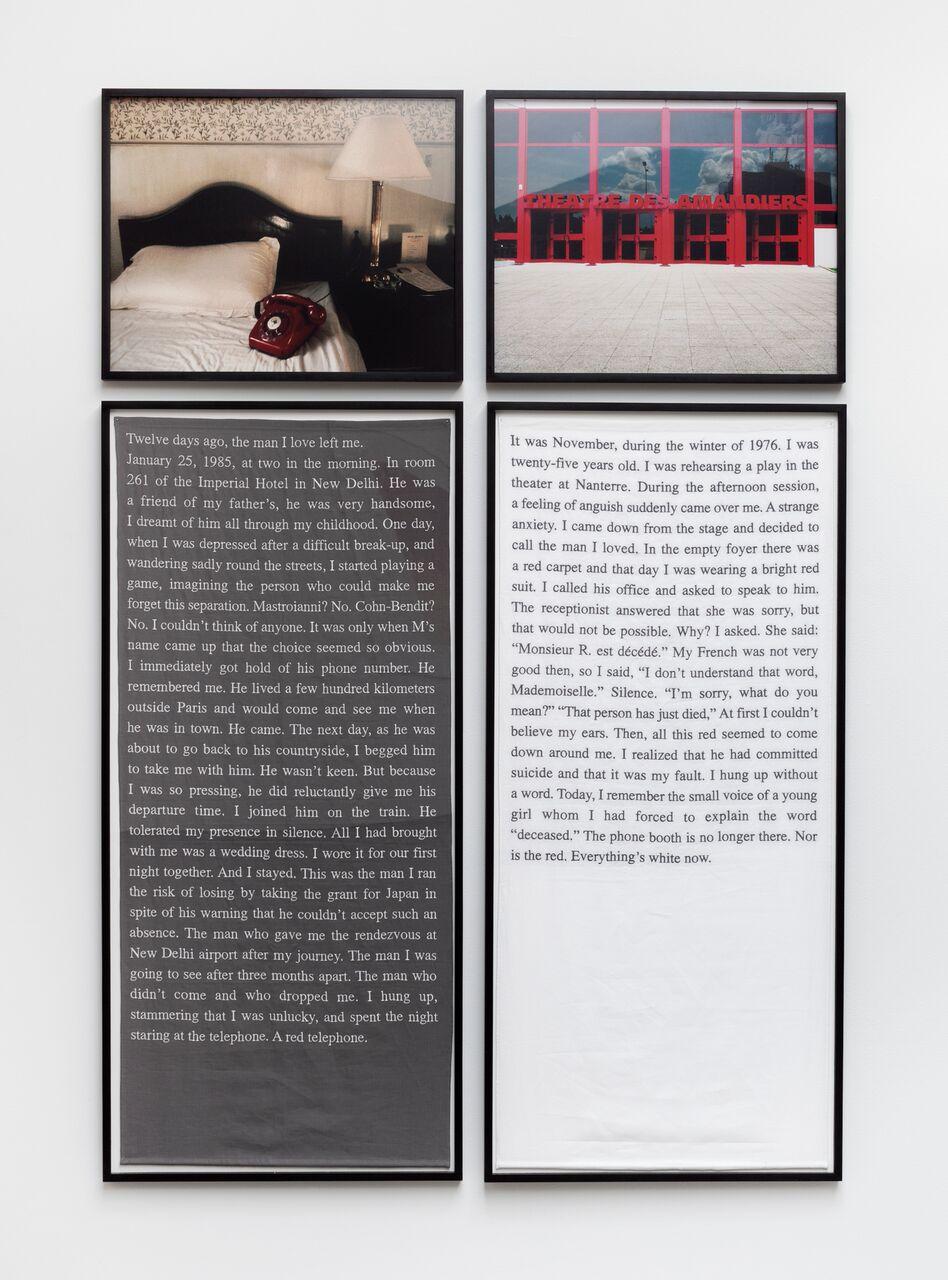 Calle was nominated for her postcard set, My All (Acts Sud, 2016), a portfolio of 30 years of her deeply personal, conceptual work in miniature. Van der Molen was nominated for her show, Blanco, at Foam, Amsterdam. Van der Molen’s images rework the photographic landscape tradition through abstracted silver gelatin prints–shown without title or indication of where they were made–that are the result of long periods of solitude in remote locations. 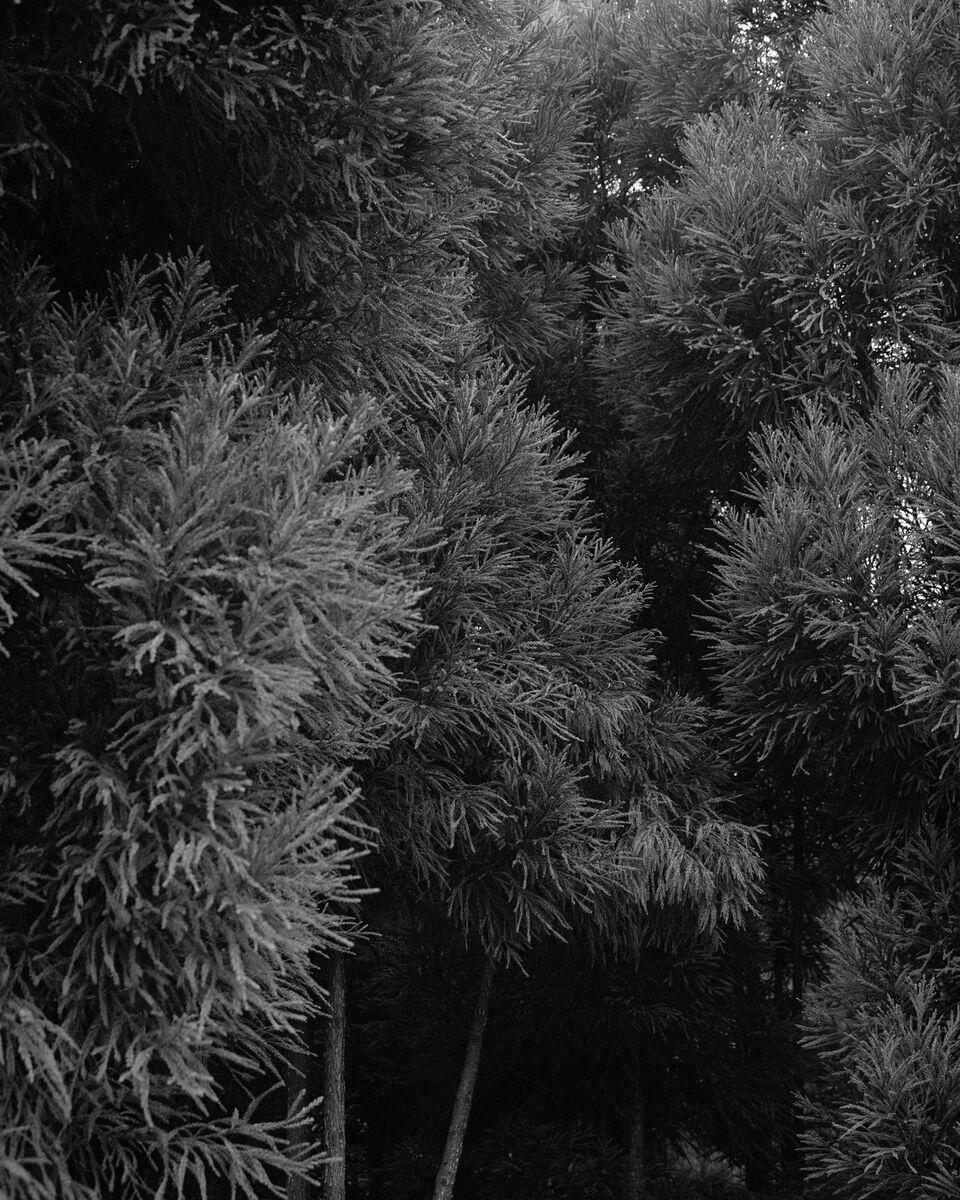 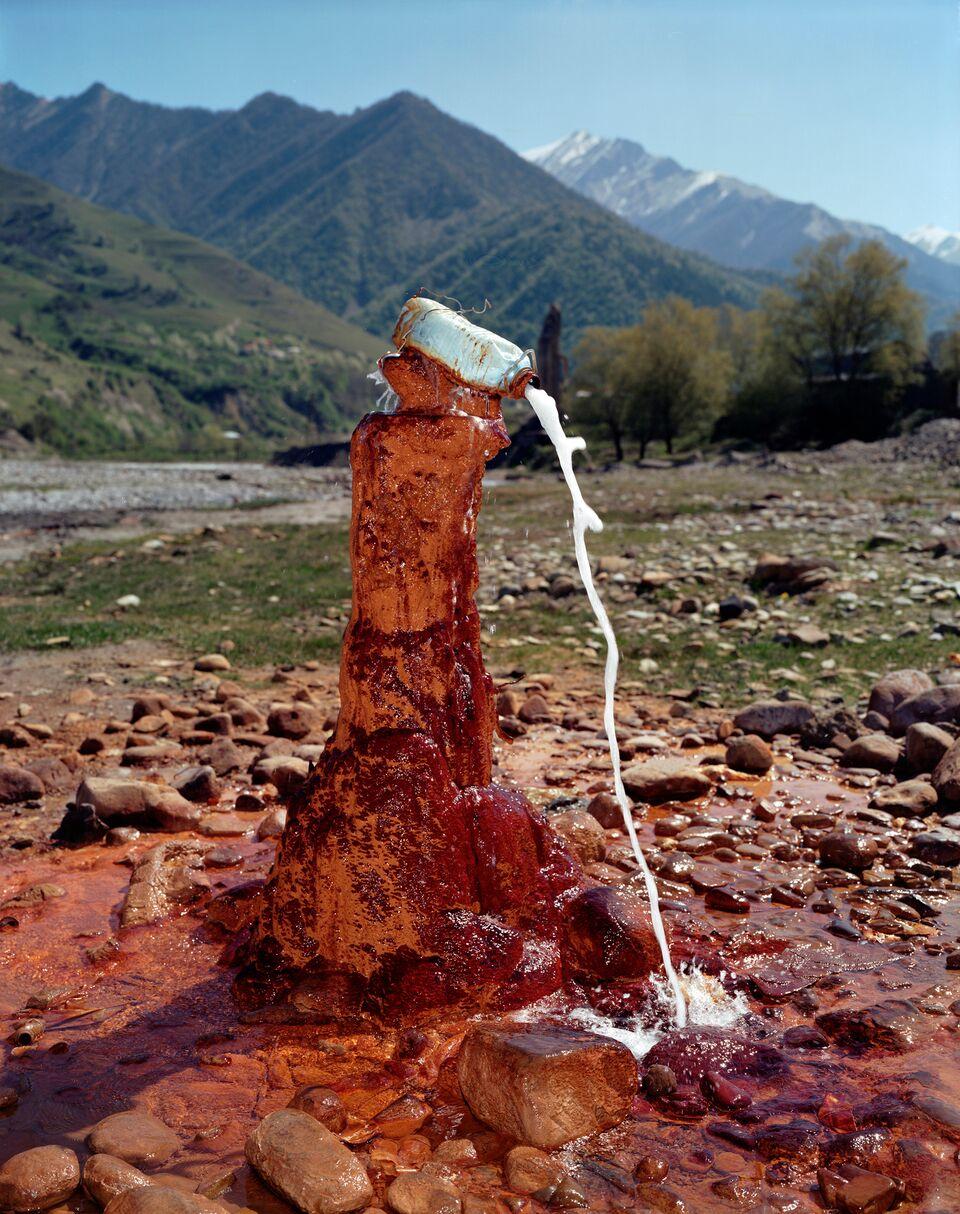 Onorato and Crebs, working as a duo, were nominated for EURASIA at Fotomuseum Winterthur in Switzerland. Here, they exhibit 16mm film alongside medium format slides. Film and slide show, running simultaneously, produce a visual cacophony, dislocating the road trip from its typical American mythos and taking it East. 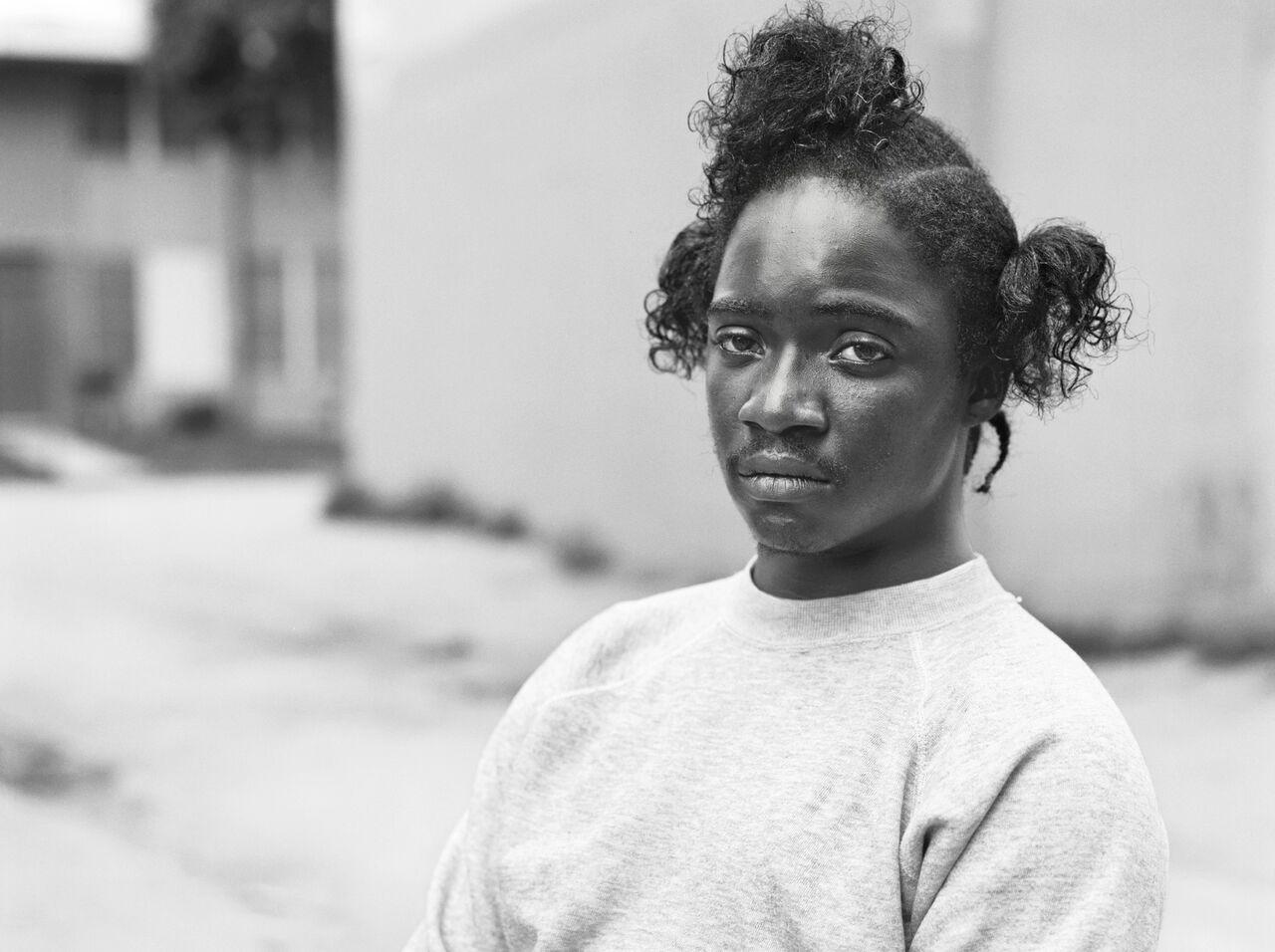 © Dana Lixenberg, Courtesy of the artist and Grimm, Amsterdam.

Lixenberg won for her publication, Imperial Courts 1993–2015 (Roma, 2015), which portrays a Los Angeles housing project over the course of 22 years. Lixenberg first covered South Central LA for a magazine story on the riots following the Rodney King trial verdict in 1992. She began photographing the residents of Imperial Courts in the project’s communal spaces a year later. She returned in 2008 to photograph again. Lixenberg’s work, comprised of 393 black-and-white photographs and a series of videos, is an extended meditation on contemporary documentary practices. Her work is triggered by violence, but focuses on portraiture, which displaces the forces of racism that structure the lives she makes visible. Her subjects both resist and engage with her gaze. Lixenberg remains the documentary outsider, but she also channels that gaze on behalf of her subjects: she produced a special edition of her book especially for the residents of Imperial Courts.

Learn more about the exhibition.