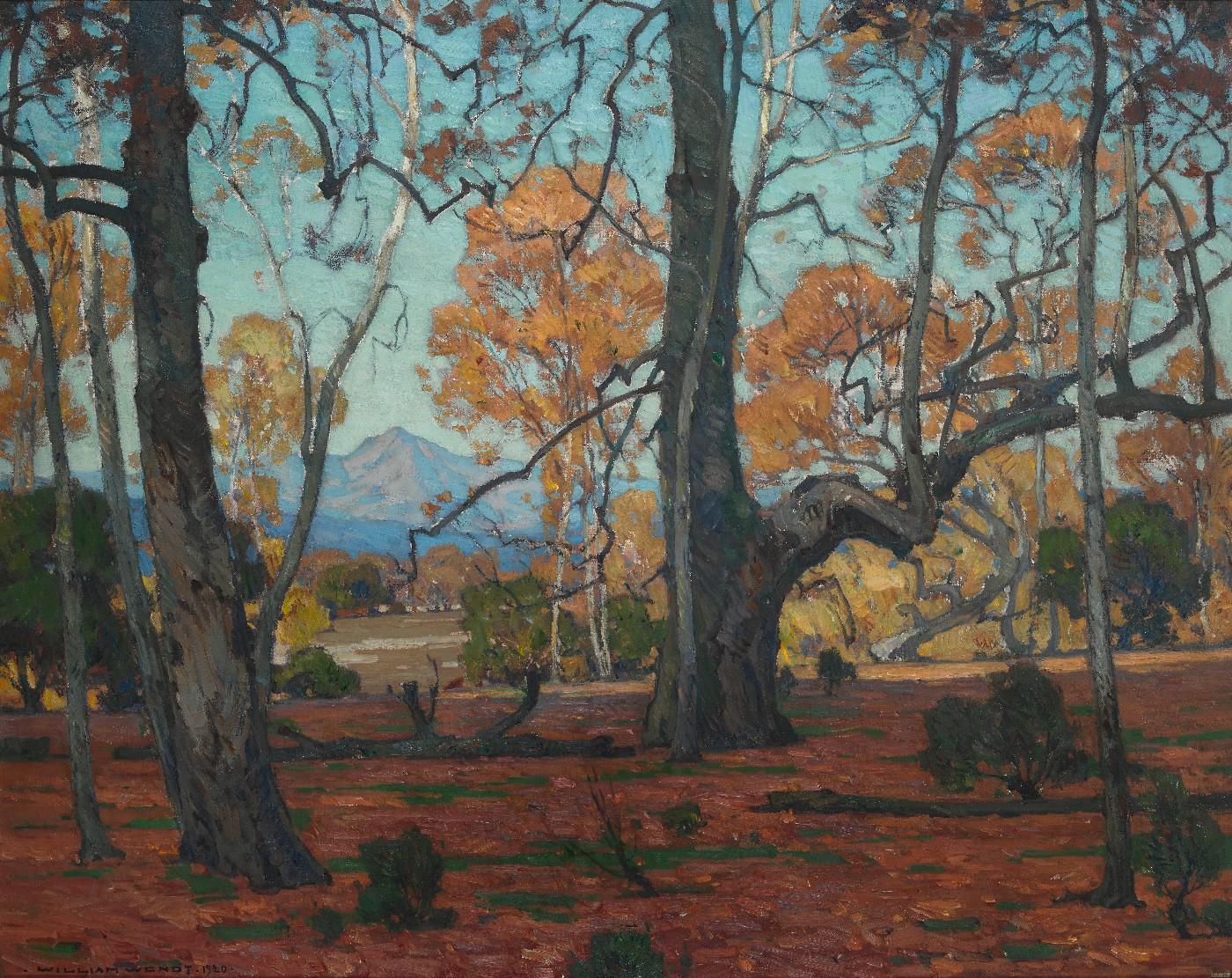 Patriarchs of the Grove by William Wendt (1865-1946), leads Bonhams' California and Western Painting Auction, August 7th, in Los Angeles. Estimated at $250,000-350,000, Patriarchs of the Grove is one of Wendt’s most coveted canvases. Painted in 1920, it gained popular and critical acclaim, serving as the cover illustration for numerous art journals, and appearing in publications by the Los Angeles Times, Los Angeles County Museum, and Stendahl Galleries. In 1922, it won the Mrs. Henry E. Huntington Prize at the Los Angeles Museum. At $2,500, it was the most expensive painting in Wendt's 1926 solo Stendahl Galleries exhibition.

Considered a giant among American Impressionists, German-born Wendt became one of California’s premier landscape painters. Immigrating to the US in 1880 at fifteen, he started out in Chicago working as a staff artist for a cabinetry shop while taking classes at the Bromley School of Art and the Art Institute. He left production-line work in 1893 to focus full-time on painting. Wendt first visited California in 1894 with fellow artist George Gardner Symons and was deeply impressed by the climate and scenery. He and his wife, sculptor Julia Bracken, relocated to LA in 1906. They founded the influential California Art Club around 1910. Wendt’s keen perception, skillful and bold brushstrokes, and deep spiritual regard for nature are obvious in his remarkable depictions of natural beauty. Known for his veneration of both the spectacular and the more everyday aspects of nature, Wendt’s rich greens and lush browns evoke the grandeur of the West. 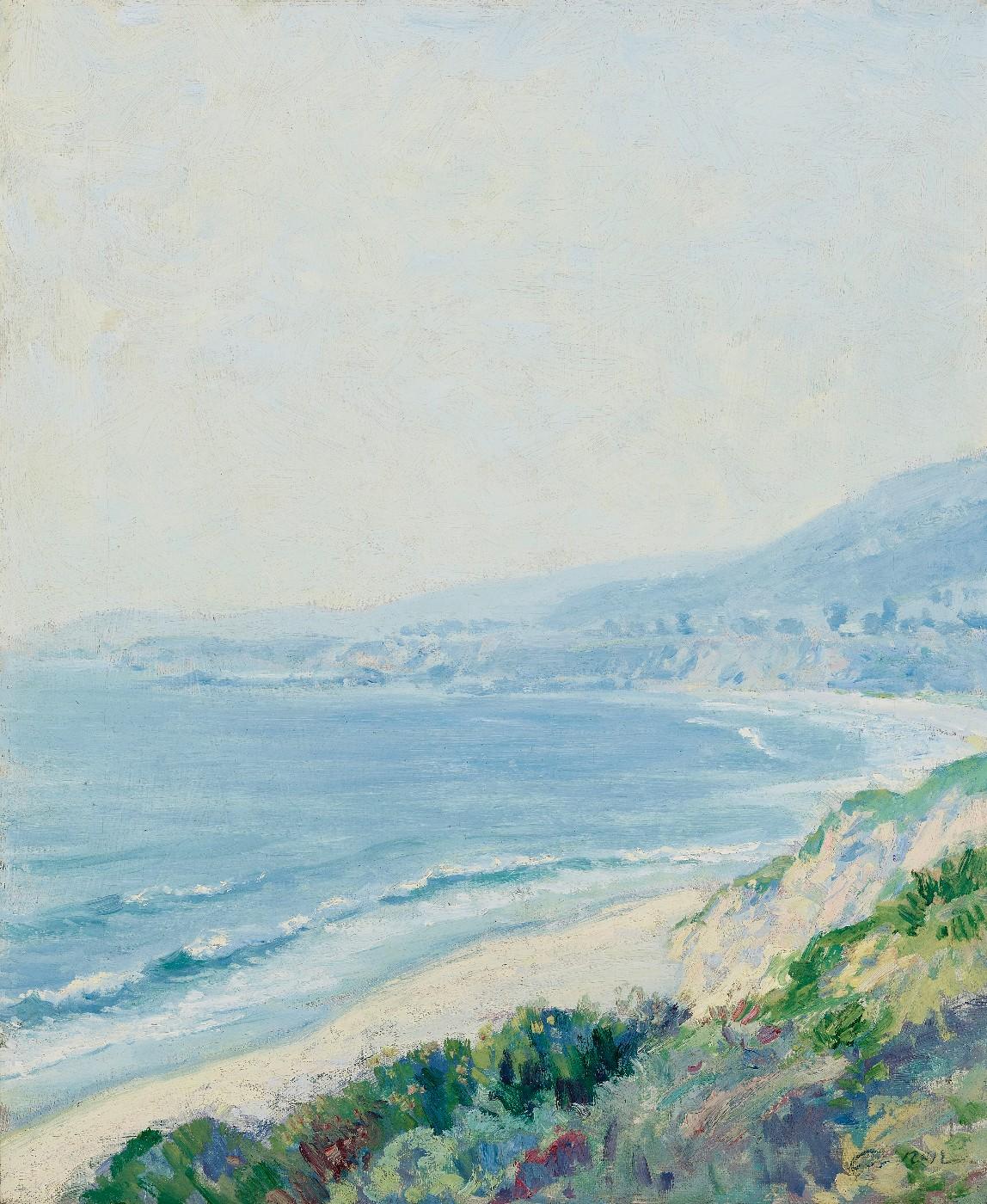 With 142 lots, the auction includes works from many prominent California Impressionists and Plein-Air painters, including Guy Rose, Edgar Payne, Armin Hansen and Granville Redmond. Peaking in the pre-Depression era, the artists of this movement brought a European Impressionist style to their depictions of California landscapes. 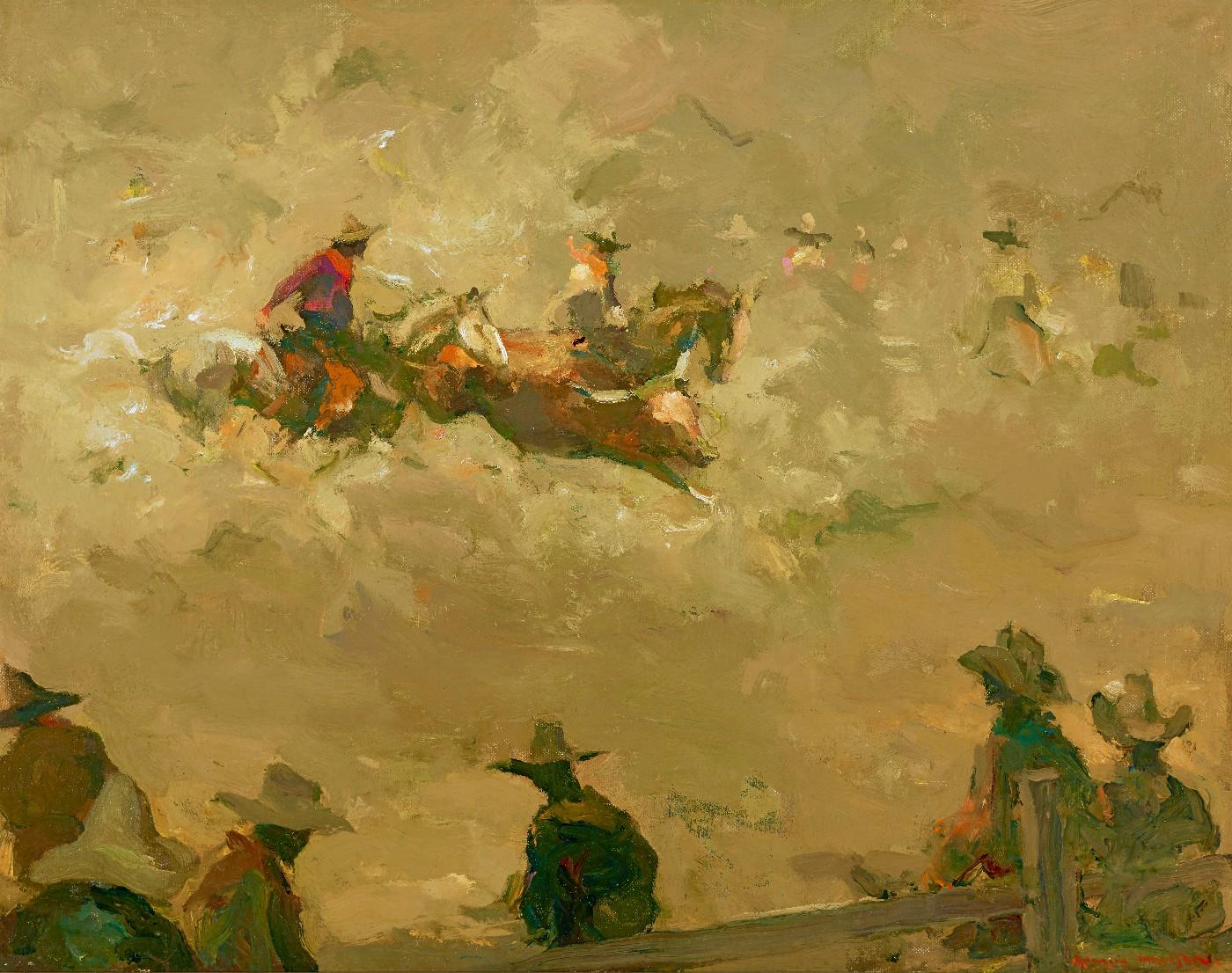 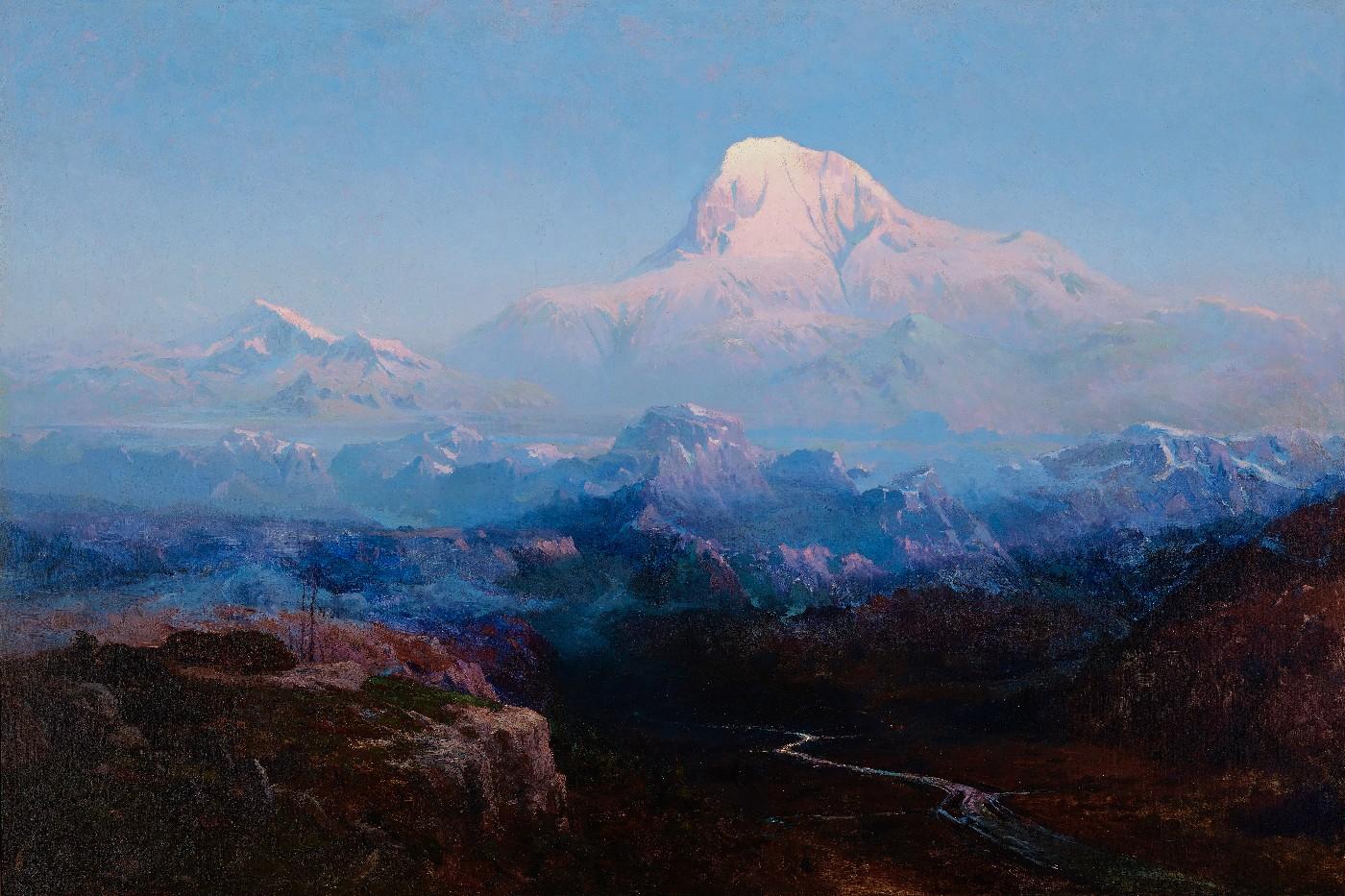