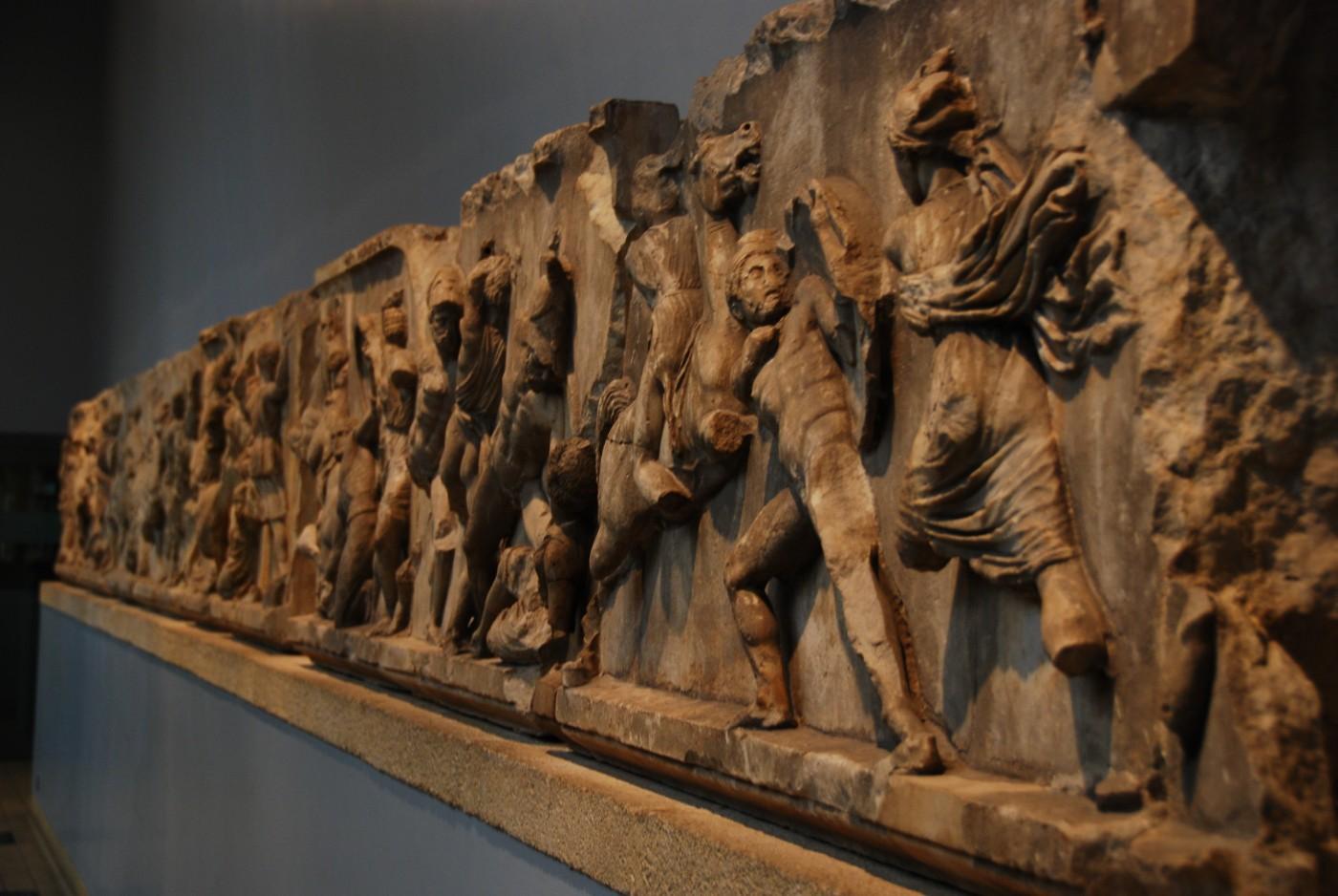 Speaking in a recent interview, British Museum director Hartwig Fischer seems to have dashed the hopes of Greeks hoping to reclaim their cultural patrimony. In an interview with Greek newspaper Ta Nea, Fischer implied that the famously disputed Parthenon friezes, also known as the Elgin Marbles, have been transformed by the British possession of these works: “When you move cultural heritage into a museum, you move it out of context. Yet that displacement is also a creative act,” he said. 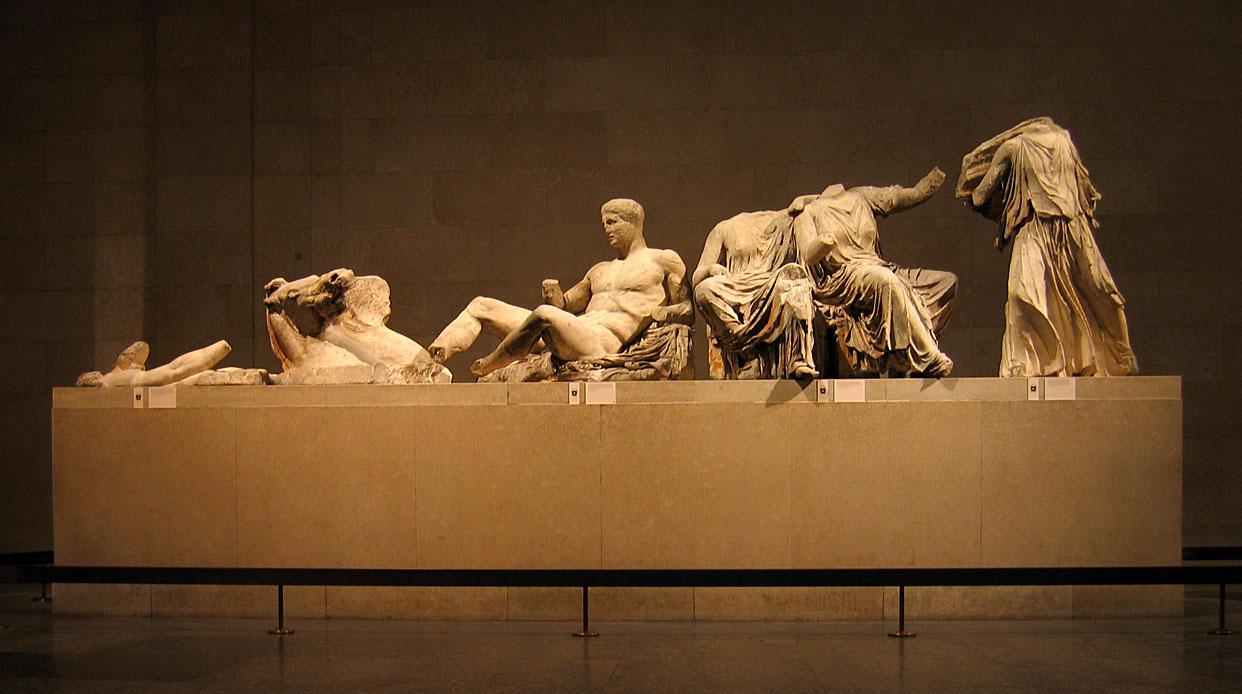 Greece has long lobbied Britain, other European nations, and the court of public opinion for the return of the Parthenon sculptures, which were removed from the crumbling ruins of the Acropolis by Lord Elgin in the early 1800’s. As the British ambassador to the Ottoman Empire, Elgin acted with the full knowledge and permission of the Ottoman authorities when he brought them to London, where they eventually became a prized possession of the British Museum.

The British Museum has long argued that they are better caretakers for these priceless works of art than Greece could be. The sculptures cannot be restored to the Acropolis due to preservation concerns, and the British Museum has provided a safe and comfortable home for the works for two centuries, while Greece has faced ongoing economic insecurity. The British Museum makes their case in an extensive argument on their website, including the point that millions of visitors have been able to see and appreciate the works in their London home, all of which glorifies Greek culture and history.

While the Museum has taken admirable care of the works and has the resources to continue to do so, Fischer’s assertion that “displacement is a creative act” was a step too far for many. Graffiti artists and those incorporating found and readymade objects often make the argument that they transform ordinary objects (that sometimes belong to someone else) into new, original works through their hand. But an institution making a similar argument is unheard of, and reflects how Britain's history of colonialism and imperialism continues to have far-reaching effects. 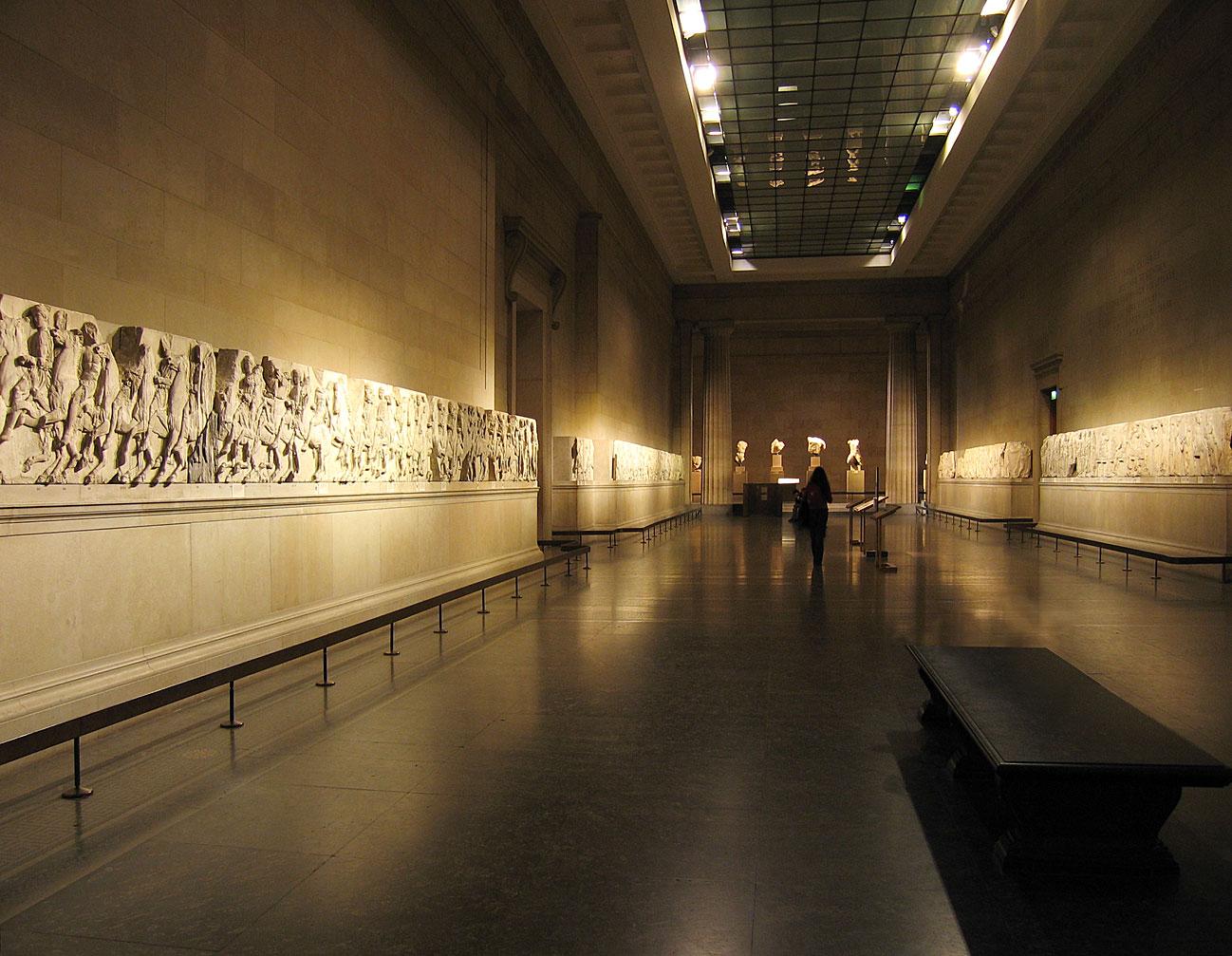 The Elgin Marbles at the British Museum

The Greeks still feel that the marbles were stolen from them, and that the British Museum must return what is rightfully theirs. George Vardas, secretary general of the International Union for the Parthenon Relief Reunion, reacted with outrage, stating:  "The imperialist patronage of the British Museum has no limits. According to his director, the ‘shifting’ of the Parthenon Sculptures, ie their looting by Lord Elgin, was a ‘creative act’. This is an amazing historical revisionism and arrogance. What is the creative cause of the destruction of the temple and the plundering of the keys of the ancient history of a nation?"

As more attention is being paid in recent years to museums as the creators of and not just temples to culture, their practices of taking objects away from the countries and cultures that produced them is coming under increased scrutiny. Steady pressure has stayed on the British Museum to return to the Elgin Marbles since the 1980’s, but it has yet to affect them. As we in America say, possession is nine-tenths of the law, and the British Museum, their director and trustees are hanging on to what’s theirs--for now.

Reality Rendered Raw: 6 New York Solo Shows
Rounding up six New York solo shows that highlight reality rendered raw, we take you around the town for a look at some of the best paintings and sculpture being made today.

A Brief History of Emojis
With each update, emojis have become more representative of people from all different walks of life.

It has been two years since Princeton University announced the renowned Ghanaian-British architect Sir David Adjaye would be designing their new art museum. On September 23, Princeton finally gave the public a look at Adjaye’s ambitious contemporary design that seeks to “work” on the iconic Collegiate Gothic campus.

Bringing Looted Etruscan Art Home
The richness of Etruscan artistry is currently on show in an exhibition at Museo Centrale Montemartini in Rome. The Colors of the Etruscans brings together a superb series of terracotta frescos and sculpture, which once decorated the walls and roofs of temples, houses, and tombs.

The Official Unofficial Voting Station: Voting for All Who Legally Can’t
Conceived by artist-activist Aram Han Sifuentes, this online exhibition…

It has been two years since Princeton University announced the renowned…

Jacob Lawrence: The American Struggle at The Met
Illusions: The Art of Magic at the Art Gallery of Ontario
Lost Hokusai Drawings find home at British Museum

Betye Saar: Call and Response
Collect Like an Expert: How to Find Great Emerging Artists
The Geometric Abstraction of Eveline Luppi