Beating the Quarantine Blues with Color

Experiencing art from home has never been easier: since the coronavirus outbreak, most museums have been providing digital access to their collections. And if the quarantine blues are still getting you down, access to art is a surefire cure. These four exhibitions you can explore from home bring an infusion of color that is sure to brighten your outlook: an interesting exhibition of shiny objects, Degas’ impressionist palette of dancers, Frida Kahlo’s colorful wardrobe, and a Yayoi Kusama starry infinity room infused with music. No matter your background and interests, color speaks to us all, whether aesthetically or emotionally, even when viewing art digitally. 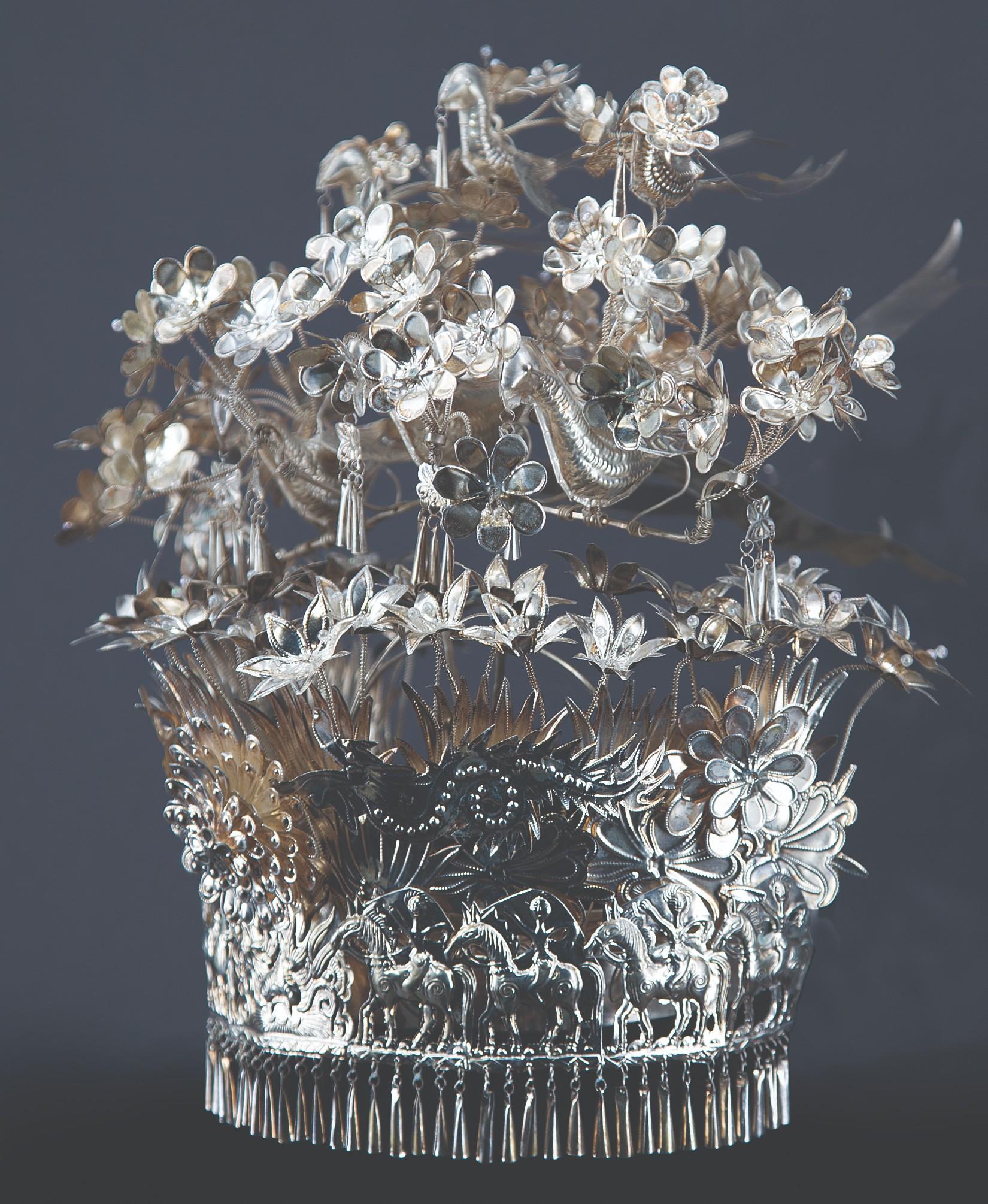 The Gregg Museum of Art and Design in Raleigh, North Carolina, is one of the few museums in America that has made all of its exhibitions available virtually. All that Glitters—Spark and Dazzle from the Permanent Collection is particularly suggestive, as it explores the universal human fascination with shiny objects from past to present.

Gregg Museum of Art, Gift of the Friends of the Gallery, Photo by Roger Manley

Roger Manley, museum director and one of the curators, says that the idea for the show was inspired in “a film I made years ago, MANA—beyond belief, about things that are precious because people believe they are, about what we pay attention to, as well as why things have lost their value.” He adds “I’m interested in instinctive things and the subconscious links to survival choices, attraction and higher value we assign to shiny objects, like a crown.” On display, there is indeed a very ornate Chinese wedding crown in silver, part of a bride’s trousseau. Other colorful examples include a beaded sash by the Yoruba People in West Africa, who select and wear glossy beads and cowrie shells as symbols of wealth and protection; and shiny sequins and Rhinestones in European and American jewelry and costumes, used as inexpensive alternatives to gemstones in times of war when precious metals were confiscated. 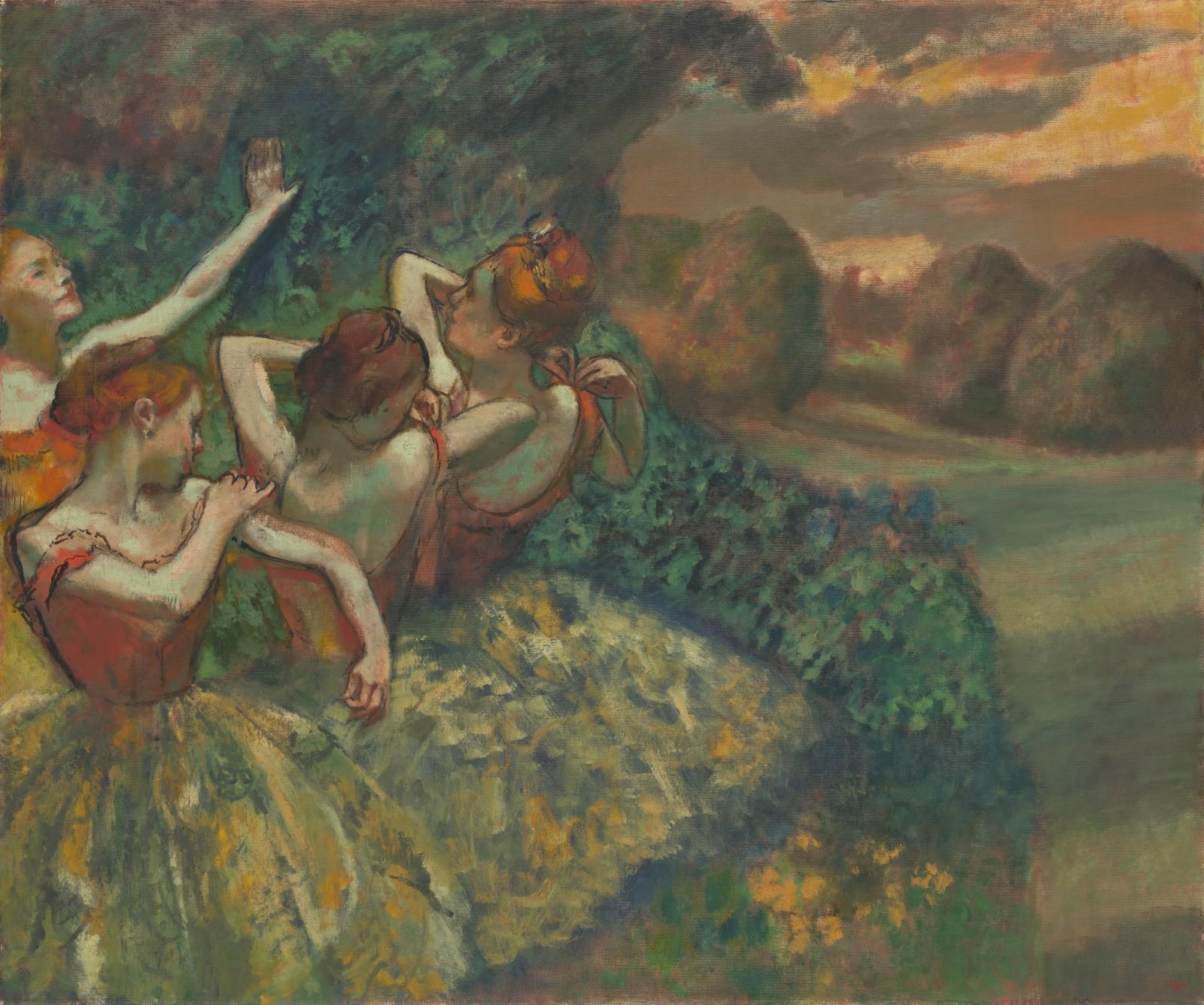 A virtual tour of color in art is not complete without a look at the work of impressionists who, inspired by the 19th-century scientific discoveries in optics, captured the effects of light with rapid brushstrokes. Degas at the Opéra in the National Gallery of Art in Washington D.C. is fully available as a virtual tour to explore from home. Edgar Degas’ fascination with Paris’ theatrical life and the ballet isn’t new, but here, you can see a large number of his best-known works together.

Degas suffered from a retinal disease than affected his vision: over time his brushstrokes became broader and colors got brighter. Four Dancers is one of Degas’ late works from 1899. He used green in the background and in the ballerinas’ skin shadows, in contrast to the red-orange of their clothes. It has even been suggested that the four dancers might be a single ballerina depicted in a progression of movements, her head and arm poses underlined in black. 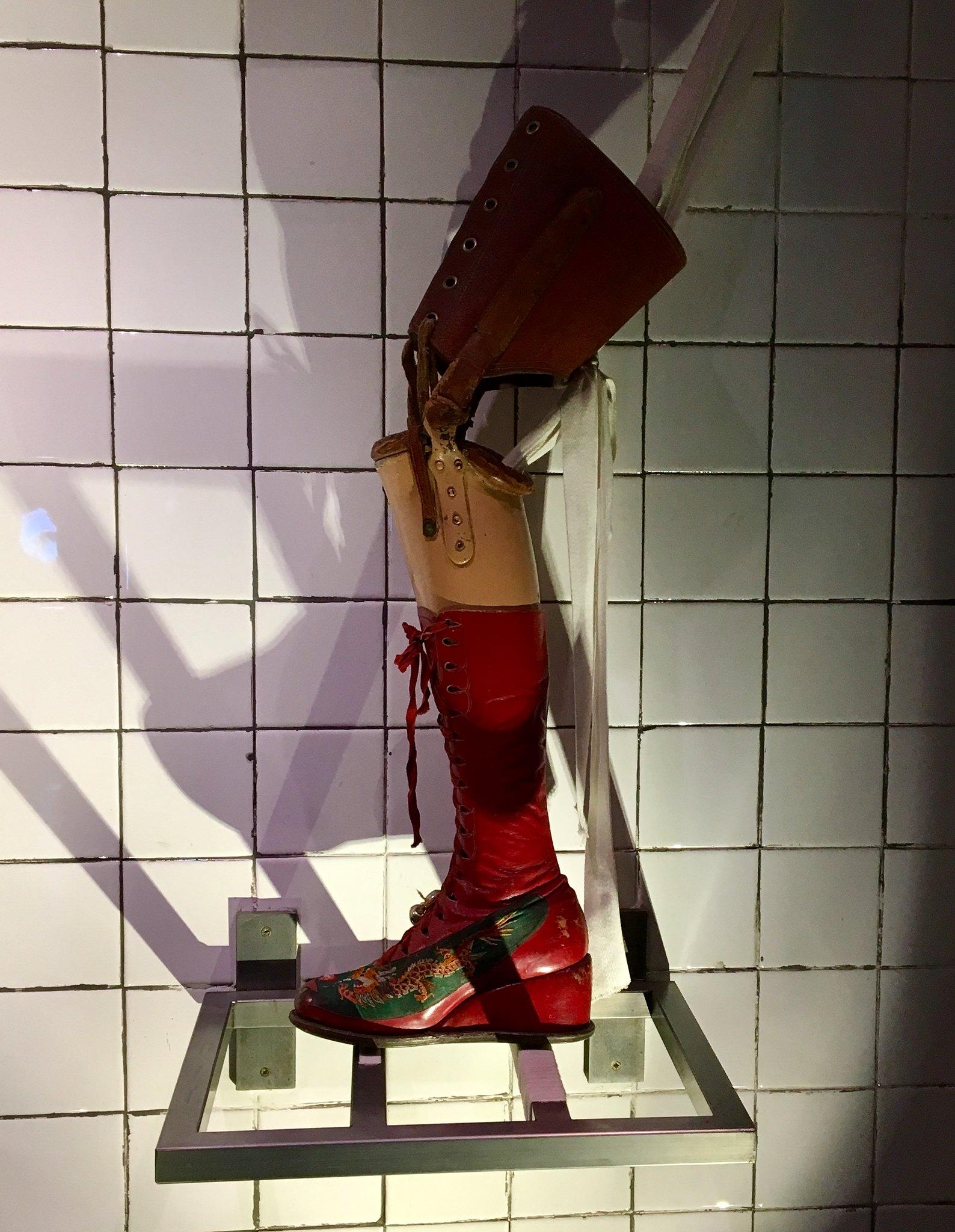 The world-renowned artist Frida Kahlo needs little introduction. Yet, you probably haven’t had a chance to visit her family home Casa Azul (Blue House) in one of the oldest neighborhoods in Mexico City, where she was born, lived with her husband Diego Rivera and died. Through Google Arts & Culture, you can now virtually visit this house-museum, named after its exterior vivid blue walls—a color that Frida described in her diary as symbolizing “electricity and purity.”

Currently, a virtual exhibition not to be missed in the Blue House is Appearances Can Be Deceiving, a selection of Frida’s personal colorful clothing, orthopedic devices and jewelry found hidden in a wardrobe in 2004. Highlights include Kahlo’s traditional Mexican dresses, colorful long-skirted clothing that she favored as a celebration of the Tehuana style, which also concealed her injured body after the bus accident that almost killed her at age eighteen. Even more intimate are Kahlo’s corsets: she decorated and adorned them in a way that beyond tortuous, the corsets became part of her signature style.

COVID-19 has surely marked a turning point in how art is viewed digitally, while museums have creatively come up with new ways to disseminate their collections to a broader audience online. Through their Instagram and YouTube channels, The Broad Museum in LA has been releasing a series of videos of Yayoi Kusama's infinity room The Souls of Millions of Light Years Away, paired with selections of drone, electronic, ambient, and pop music by contemporary LA musicians and sound artists. While the Infinity Drone Series isn’t as immersive as being physically present in the starry space, there’s no prior reservation, no lines, and no time limit to enjoy one of Kusama’s wildly popular infinity rooms, with the added experience of the curated musical selection.

Originally from Spain, Ana Estrades is an independent curator, jewelry historian, writer and educator, with an MA in decorative arts, material culture and design history from the Bard Graduate Center in New York City. Early in 2019 she moved to North Carolina, where she is adjunct faculty of art history at Meredith College and has curated an exhibition on jewelry designer Mary Ann Scherr, now on view at the Gregg Museum of Art & Design in Raleigh.