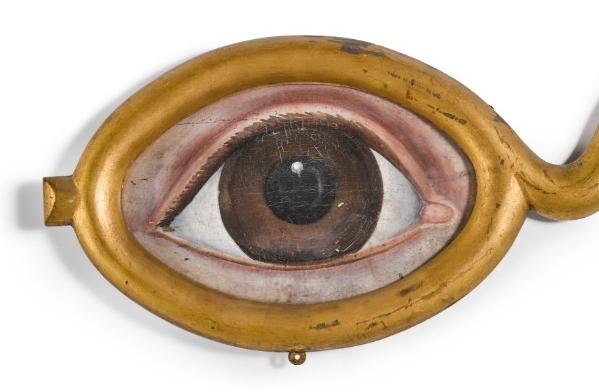 Born into considerable wealth in Milwaukee, but resident in England for the last three decades of his life, Stanley J. Seeger (1930-2011) was a quite remarkable collector, who, together with his partner of 32 years, Christopher Cone, filled homes in England and around the world with extraordinarily varied collections of art, antiques and the arcane.

Twenty-five years ago Seeger sold his entire, 88-piece Picasso collection for $32 million–including one picture he said was so bad he had only acquired it to take it out of circulation–but here the focus is not on one of the many works of modern art that filled the life he shared with Cone, but on his love of the curious and the unexpected. 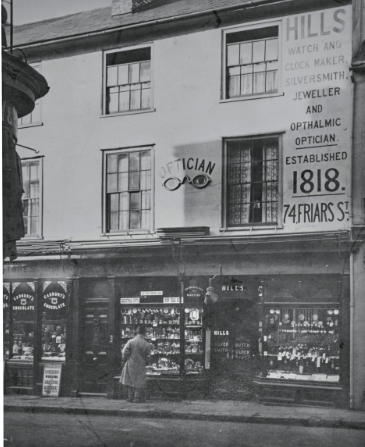 The Hills shop front circa 1920

The object in question comes from 'A Private View', an October 30 sale held by Sotheby's London that raised $3.5 million and of which David Macdonald, specialist in charge, said: "What comes through is the sheer pleasure in collecting. I defy anyone not to find one thing that they absolutely love.”

There were certainly plenty of modern pictures and prints available, but sold for $34,925, not the $2000 or so suggested, was a four-foot wide, carved, gilt and painted wood, paper and glass shop sign in the form of a giant pair of spectacles!

It once hung outside a shop selling clocks, watches and jewelry that had been opened in the Suffolk town of Sudbury in 1831 by Benjamin Hills (1807-1859) and from the outset had supplied "spectacles to suit all sights." However, it seems most likely that it was the founder's grandson, Edward 'Percy' Hills (1874-1939) who had this sign mounted on the shop front in the first or second decade of the last century.

Percy’s son and business partner, Ray (1903-1983) was not only a watchmaker and Fellow of the British Horological Institute, but an optician and Freeman of the Worshipful Company of Spectacle Makers.

The sign remained on the front of the building until 1938, after which time it was kept inside until the business was sold in 2000 and, at some later point it made its way into the extraordinary Seeger/Cone collections.

A lot from a 2014 Seeger sale is also featured in this piece, but by an extraordinary coincidence, not only was as second, less striking optician's sign to be found in the Seeger sale–two other pairs of giant spectacles have turned up in US sales in recent months.

The cast-iron and tin example (above) was seen in an August 4 sale held by Stair Galleries of Hudson (New York), where it sold at $22,140. In 1988, however, it had been offered by Sotheby's as the property of Andy Warhol–and on that occasion had made even more, $34,100.

Considerably cheaper, at just $1,035, was a sign offered only days earlier as part of an internet auction run by Jasper52.com. That one was described as a piece of mid-20th-century folk art, 35" long with a heavy brass frame and painted eyes of galvanized metal. 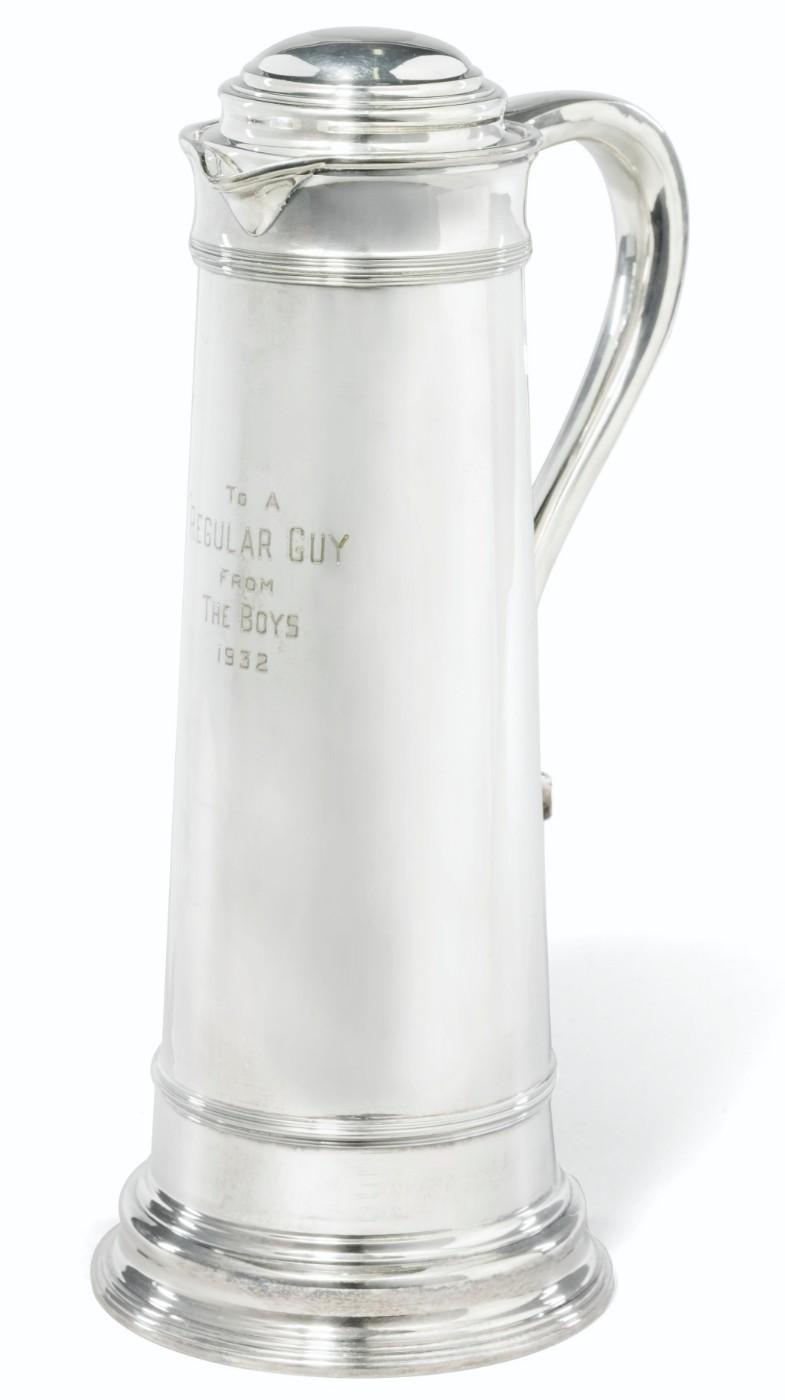 Four years ago, again at Sotheby's, an even larger Seeger mix of items from all ages and collecting fields, a sale called '1000 Ways of Seeing', had raised $12.26 million.

Part of that earlier sale were such treasures as a teapot that had belonged to Nelson ($93,870), Orson Welles' working copy of the Citizen Kane film script ($164,375) and the cocktail shaker in the form of a communion flagon (left). A piece made by the Meridian International Sterling Company, its real appeal lies in its inscription and association.

It is inscribed "To a Regular Guy From the Boys 1932' and is reputed to have been a Christmas gift to Al Capone.