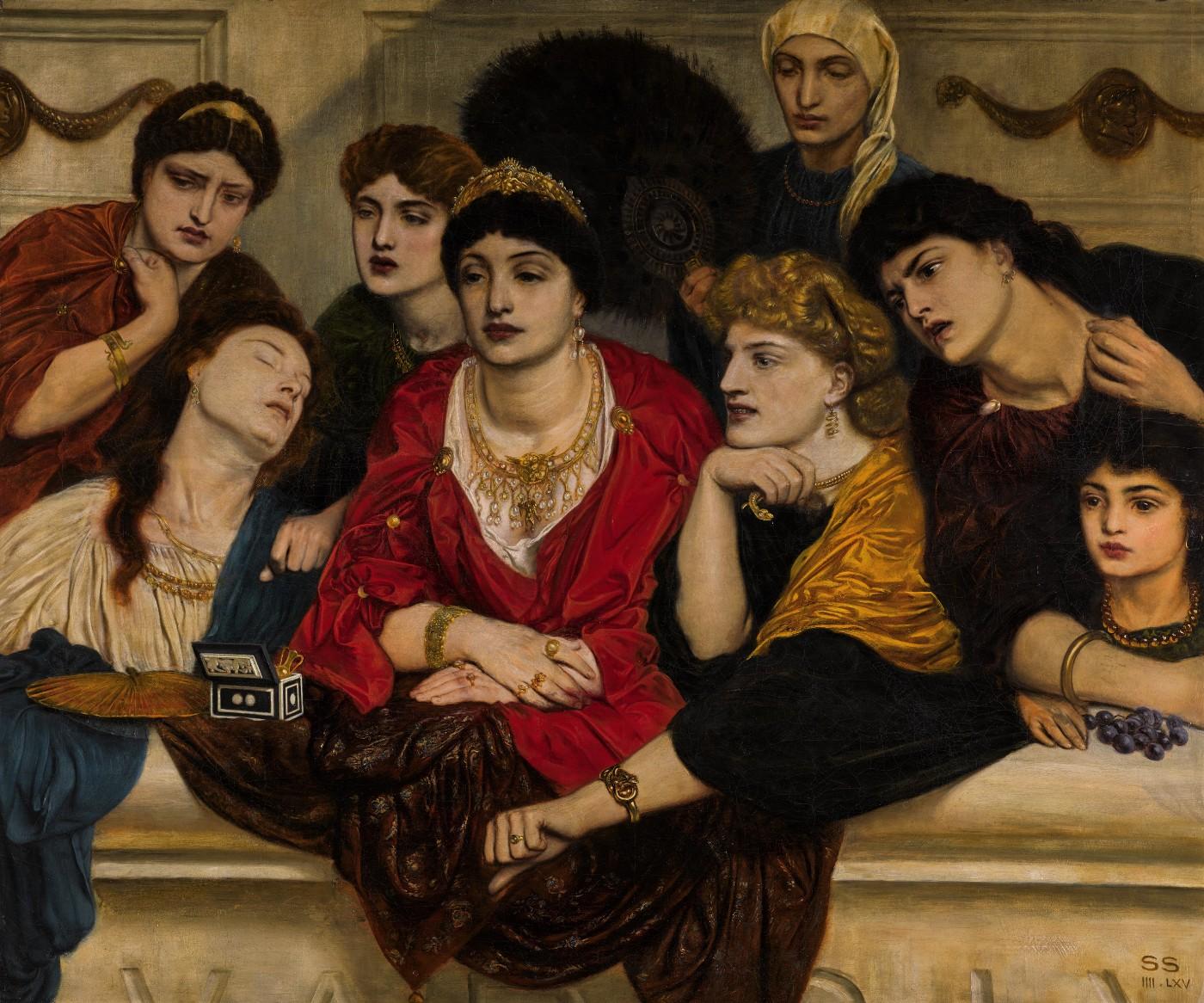 The upcoming sale of Victorian, Pre-Raphaelite & British Impressionist Art at Sotheby’s offers an array of paintings and drawings by Simeon Solomon. An inventive artist of the British Aesthetic Movement, Solomon upheld the creed of “art for art’s sake,” creating dreamy, sensual paintings even in the midst of personal tragedy.

Habet! In The Coliseum A.D.XC, a highlight of the upcoming sale, demonstrates Solomon’s complexity and modernity. The title “He is hit!” evokes the climax of a gladiatorial battle, but Solomon elides this violence, depicting a balcony of magnificently dressed female spectators. He deftly captures their reactions: one faints, another furrows her brow in concern, while another sneers in vicious excitement. The crowned woman at the painting’s center remains disturbingly apathetic, numb to human suffering. Solomon’s interest in the figures’ unconscious expressions was in keeping with the emerging science of psychology, then beginning to explore the links between mind and body. A self-reflexive picture, Habet! ultimately invites its viewers to reflect on their own emotional responses to art and spectacle. 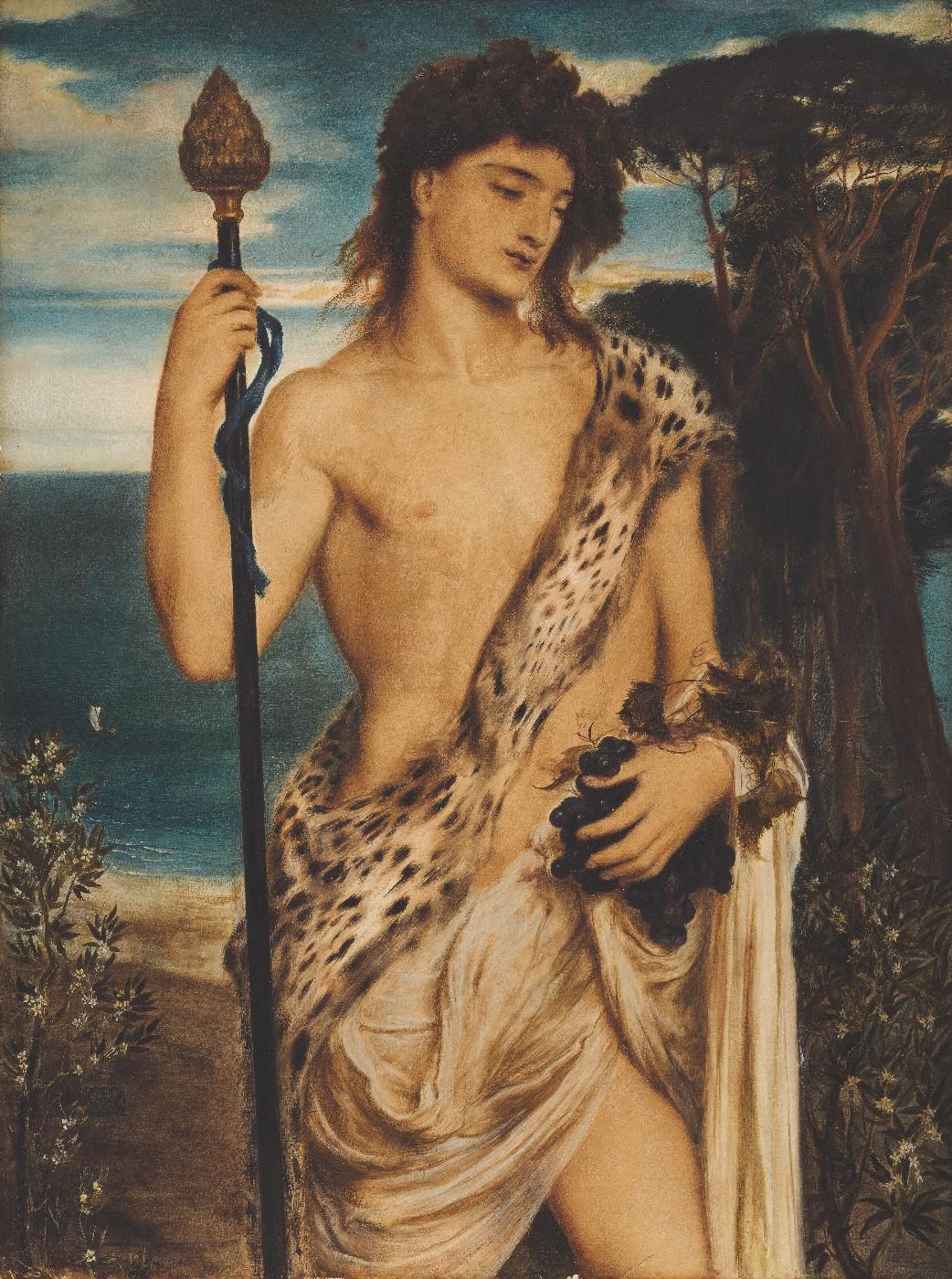 Born into a prominent Jewish family in London, Solomon’s talents were recognized early. He was a child prodigy, successfully showing at the Royal Academy while still in his teens. Though much younger than the Pre-Raphaelites, he was befriended by Dante Gabriel Rossetti and other members of their circle in the 1850s. Like Rossetti, his work shifted styles in the 1860s, as he began to paint works like Bacchus, featuring androgynous figures in decorative compositions with little narrative content. 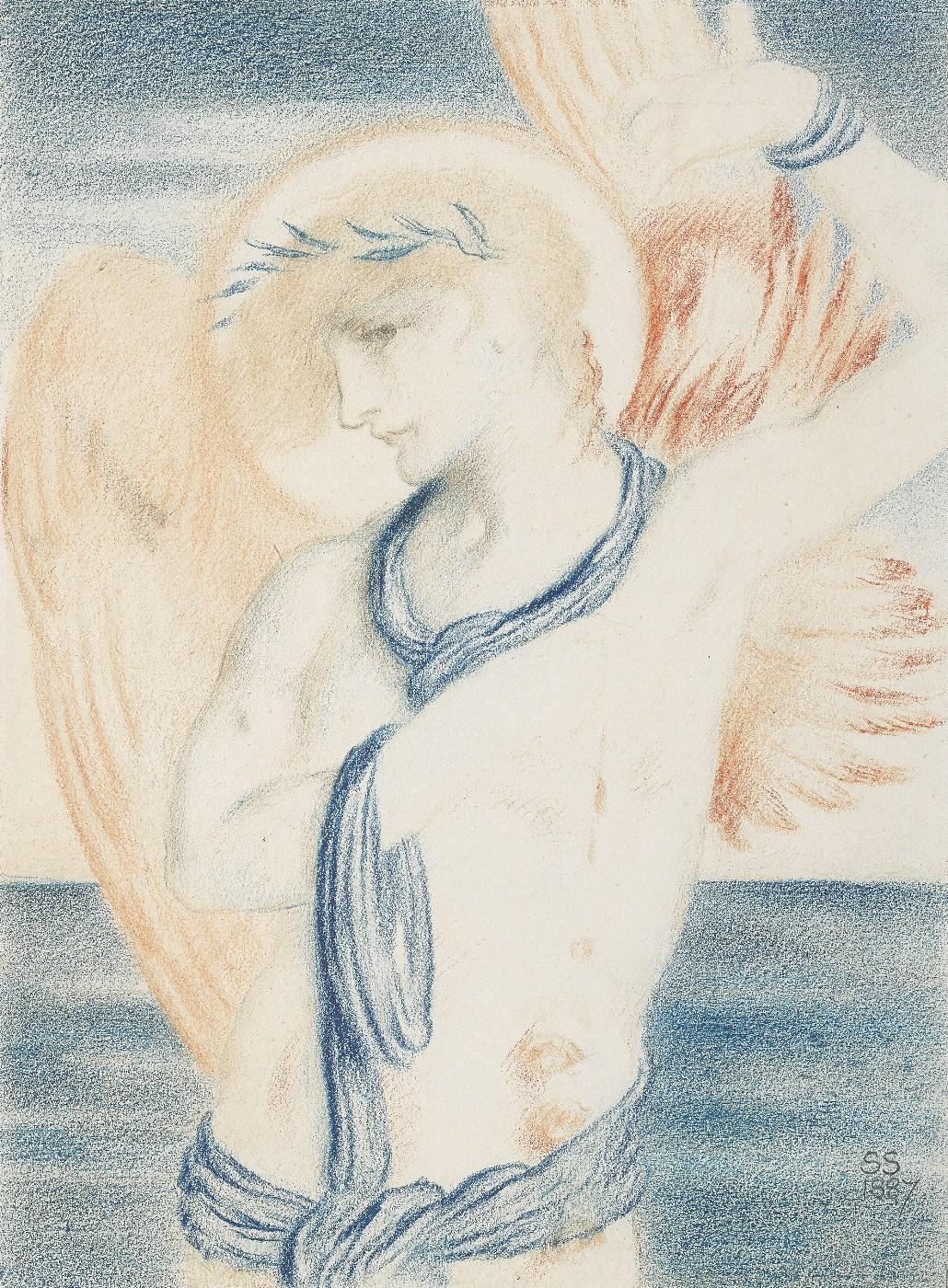 Despite his talent and early successes, Solomon sank into obscurity and poverty after his 1873 arrest for homosexuality. He continued to produce work in these final decades, developing a dreamy, Symbolist style that found perfect expression in chalks and pastels—a number of which appear in the Sotheby’s sale. In the 1890s, his work was collected by figures like Oscar Wilde and Walter Pater, prominent members of the era’s underground homosexual subculture. Today, Solomon is increasingly being rediscovered as a major figure in Victorian art.

Find out more about this auction
About the Author