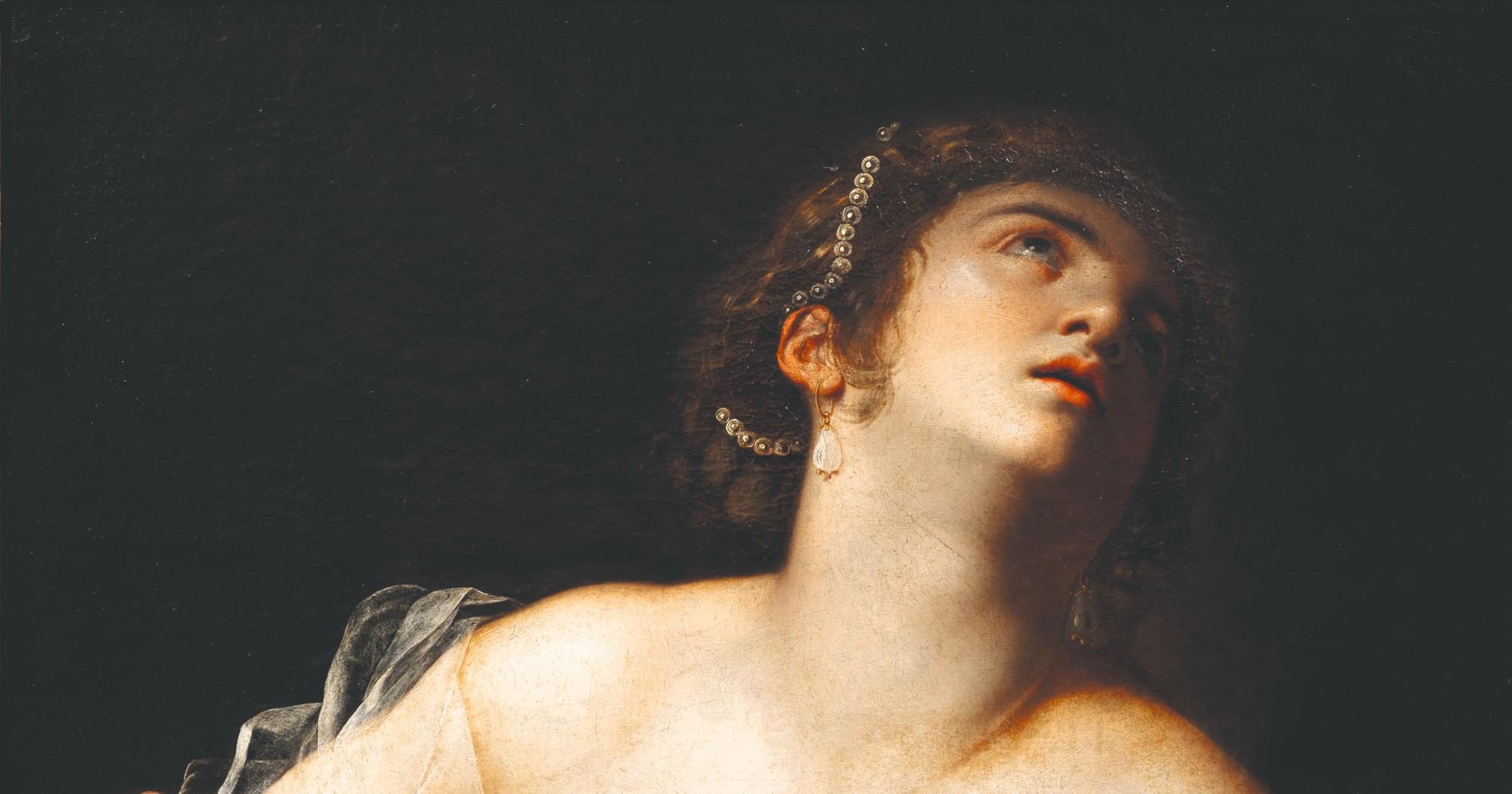 For forty years, the canvas sat unrecognized in a private collection in Lyon, France. Now the painting, a recently rediscovered work from Baroque master Artemisia Gentileschi, is coming to the auction block. Artcurial’s Old Masters & 19th Century Art Sale on November 13 offers a range of works, but the original from Gentileschi is the standout. Gentileschi’s works are rare to come to auction, as there are fewer than sixty paintings attributed to her. Inspired by Carravagio’s use of dramatic lighting to add emotional intensity to his works, Gentileschi was unmatched in her skill portraying the heightened drama characteristic of the Baroque. 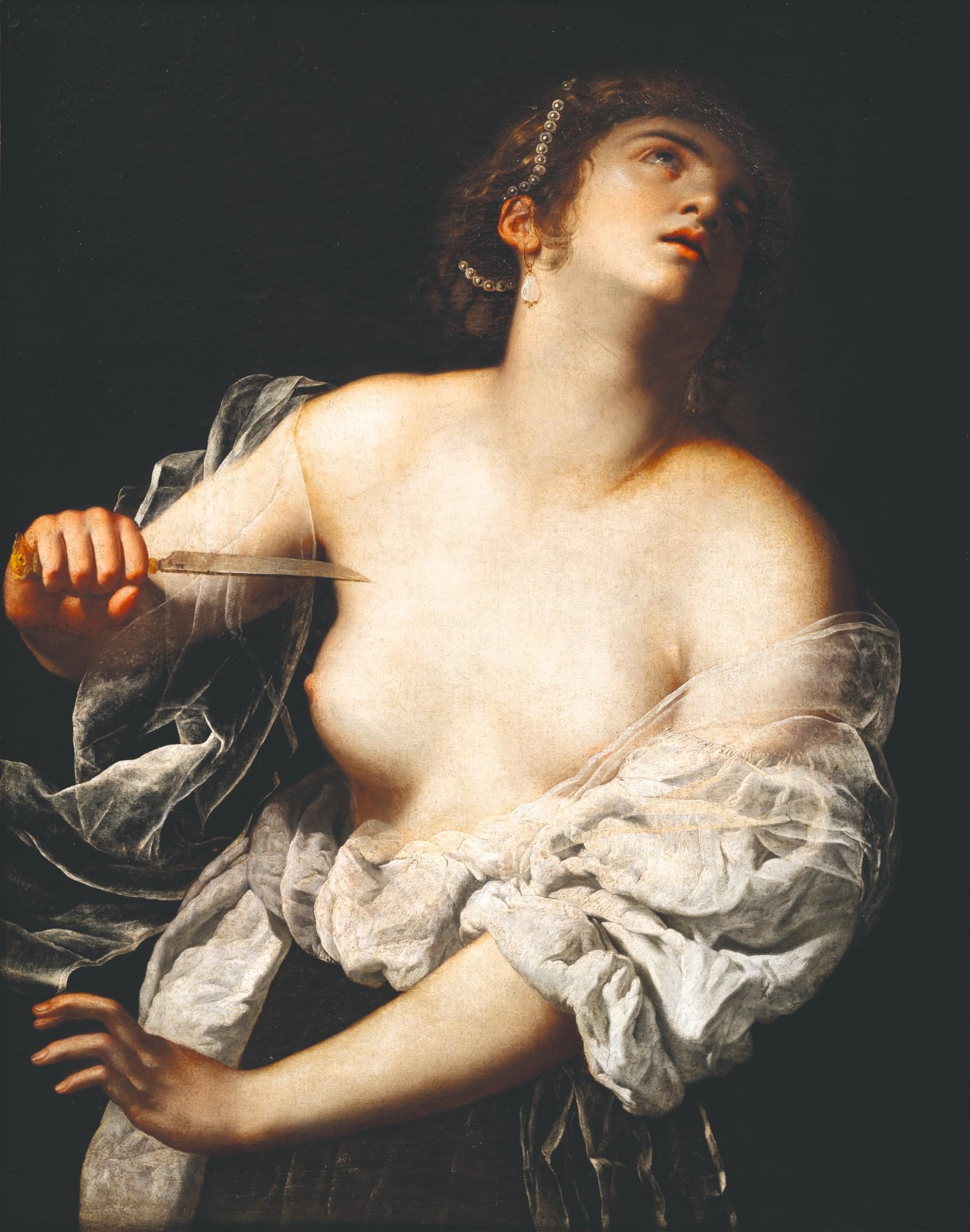 Born in Rome in 1593, Gentileschi began her training early on in the workshop of her father, Orazio Gentileschi. She would go on to enjoy a successful career and an international clientele. Though she was the first woman to become a member of the Accademia di Arte del Disegno in Florence, Gentileschi was largely lost to history until the 1970s, when scholars began a concerted effort to add more female artists to the annals of art history. Since then, Gentileschi has become a feminist icon of art history, and there has been much interest in her life and works.

Portrayals of the Roman noblewoman Lucretia is a subject that Gentileschi returned to several times in her career, perhaps because she related to her story. According to Roman historians, Lucretia was raped by Tarquin, a son of the last king of Rome. As Lucretia pleaded for justice for her assault, she killed herself by plunging a knife into her chest. Her rape and subsequent death were seen as representative of the tyrannical abuse of power by Roman royalty and her story became a rallying cry in the fight for a Roman Republic. 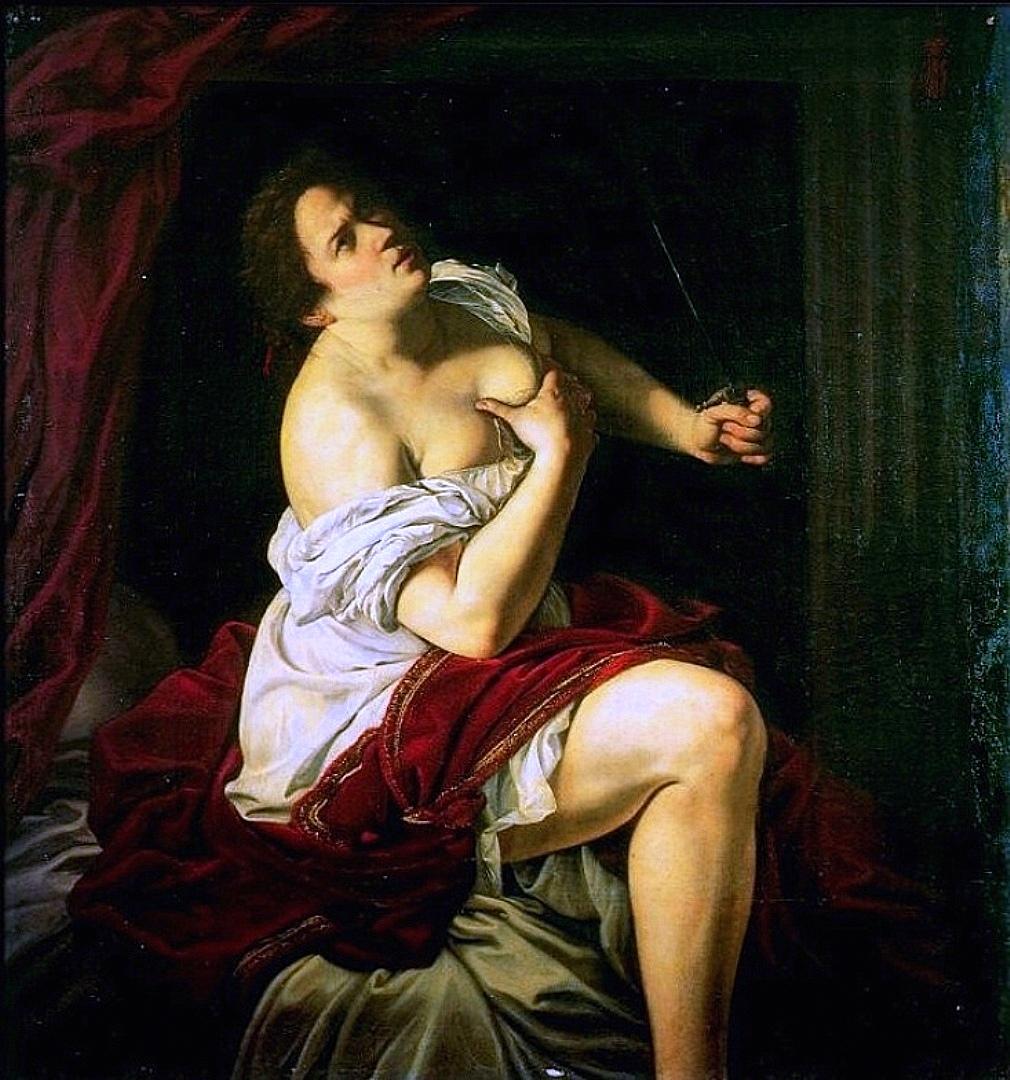 Gentileschi herself had been raped at age 17 by Agostino Tassi, her tutor and an employee of her father’s. Orazio Gentileschi insisted on bringing Tassi to court for his failure to follow through on a promise made after the rape to marry Artemisia. After an excruciating seven-month public trial that included using thumbscrews to ensure the truth of Artemisia’s testimony, Tassi was convicted. He was sentenced to be exiled from Rome, which was not enforced, and his life and reputation continued unmarred. 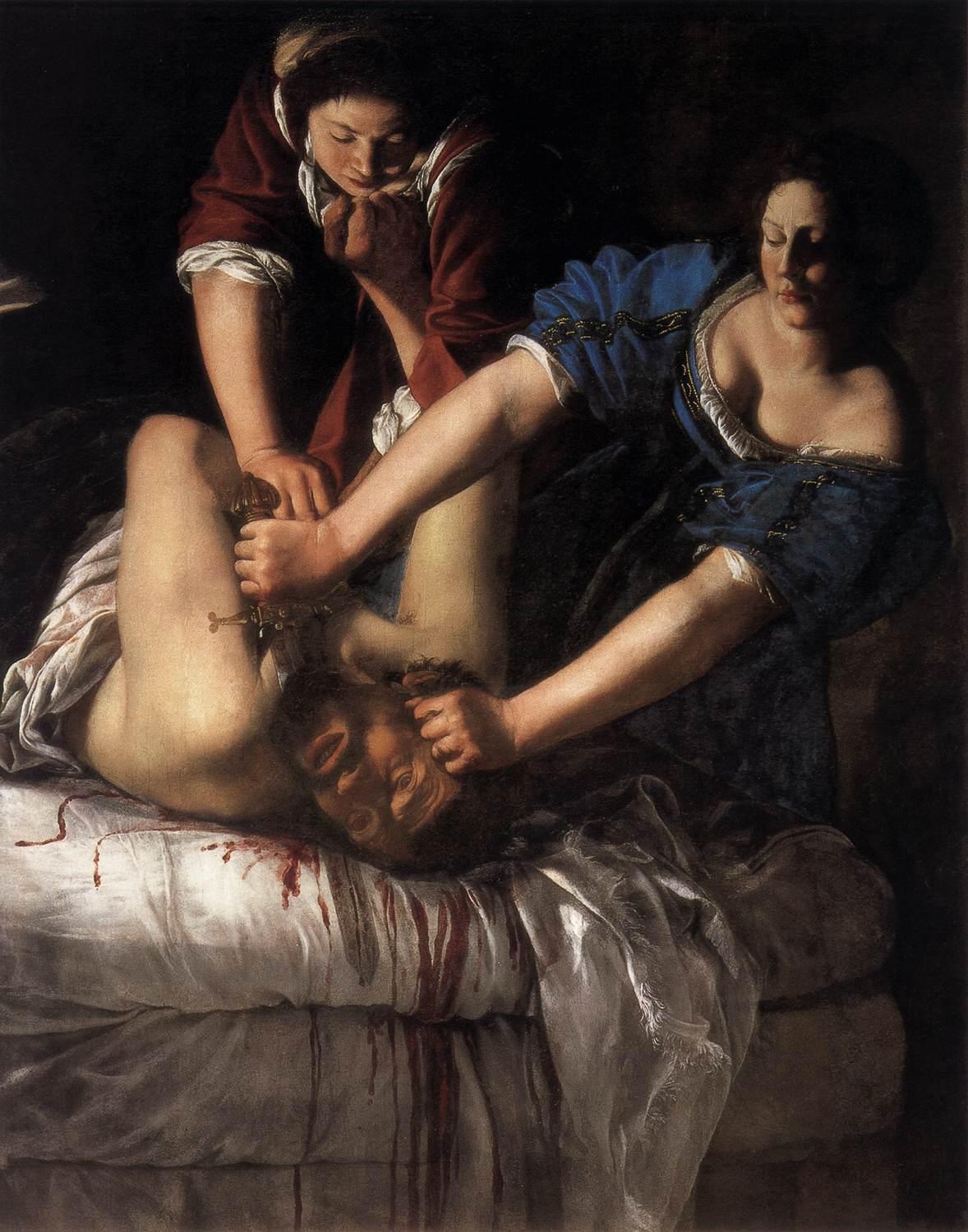 Despite the many traumas of this period of her life, Artemisia refused to be ruined or defined by this episode and went on to have a successful career as a painter. Throughout her career, she focused on female subjects who demonstrated physical and political power. Her most famous work, Judith Slaying Holofernes (1614–20), shows the violent moment from the Old Testament where the heroine beheads the Assyrian general. Depicting women in power in her works may have helped Gentileschi overcome her own trauma, and it also may have been a shrewd business tactic from a woman whose reputation preceded her. 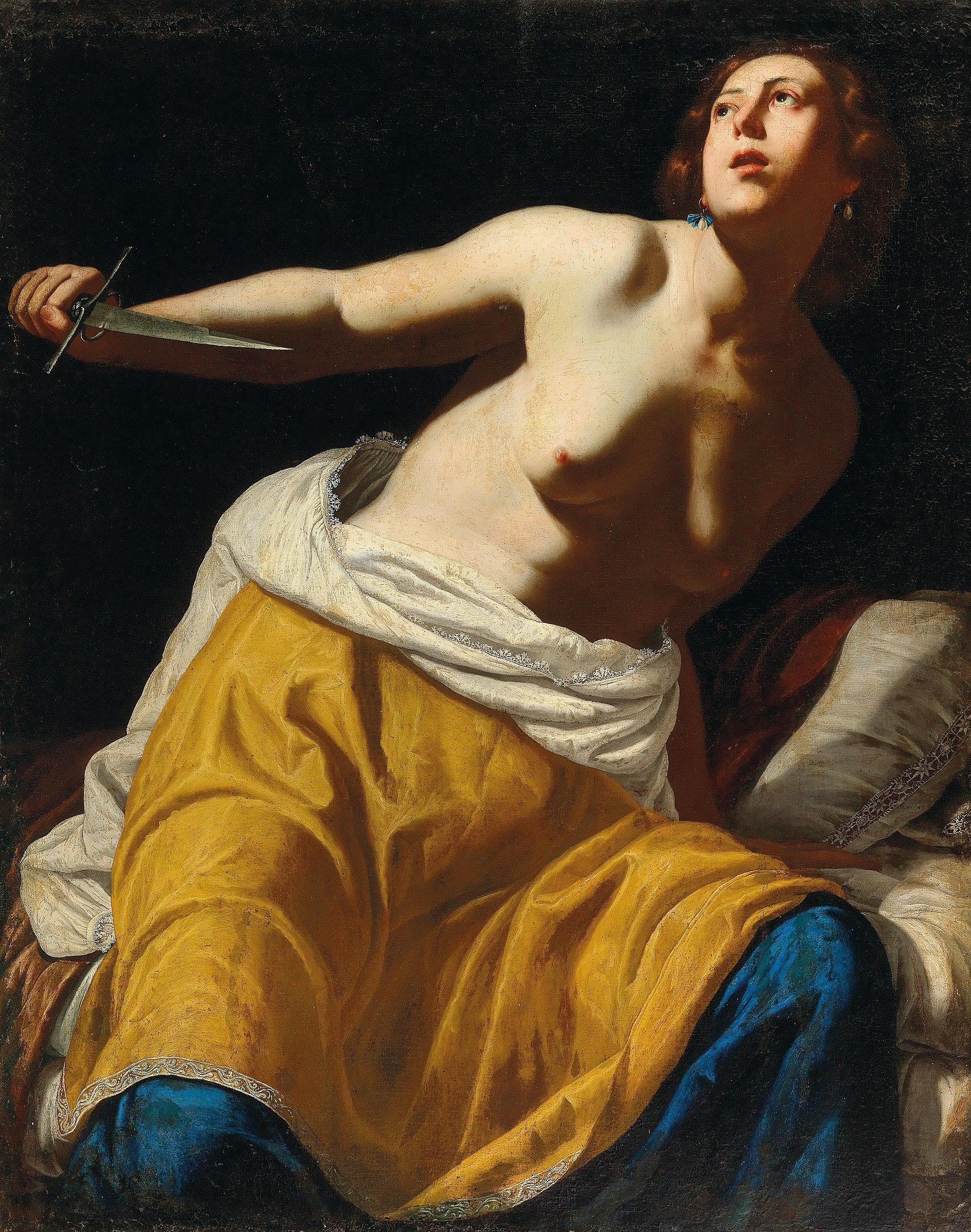 In 2018, another version Gentileschi painted of Lucretia was sold by the auction house Dorotheum for $2.1 million. With a low estimate of $600,000, this important canvas from the Baroque master is sure to draw intense bidding.