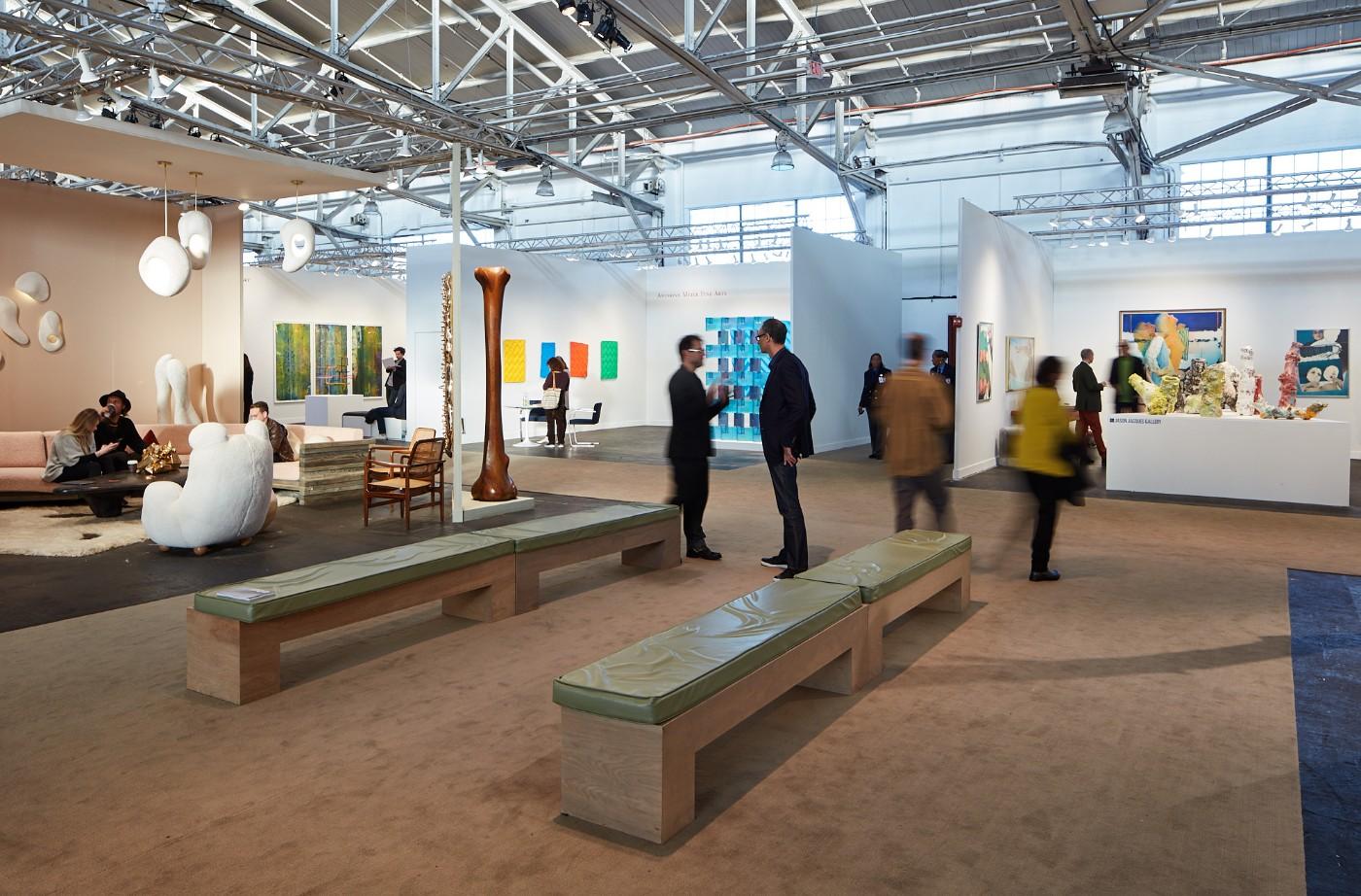 The sixth year of the Bay Area FOG Design+Art 2019 promises to be their strongest yet. Popular with area A-listers, art and design luminaries, and everyday art and design lovers, FOG brings together 53 galleries, many of them international, with thought-provoking programming. This is FOG’s largest fair to date, with 12 new galleries and participants from Berlin, Stockholm, London, Mexico City, Paris, New York, Chicago, Los Angeles, and San Francisco. Highlights include immersive environments and site-specific installations by talented local artists, and culinary pop-ups from top local restaurants. Programming includes socially and culturally relevant topics, with artist conversations and panel discussions on a range of topics, from environmental issues and green architecture to human ingenuity, the creative process, and our collective infatuation with space. 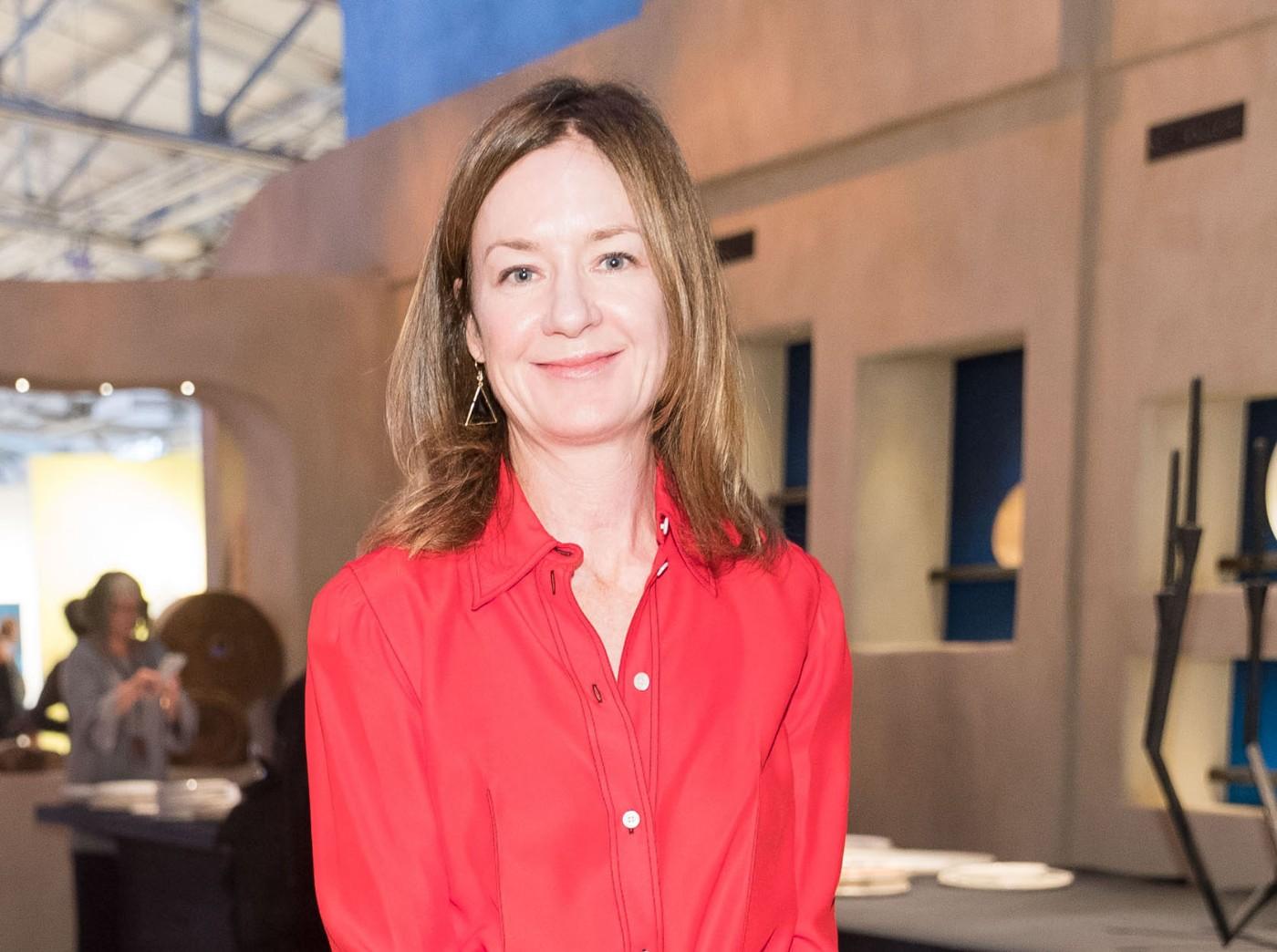 Katie Paige, FOG Steering Committee member and San Francisco Museum of Modern Art (SFMOMA) Trustee, has been involved with FOG since its beginning. Paige is also the founding board member of Tipping Point and director of the Charles and Helen Schwab Foundation, non-profits related to education reform and poverty reduction. Paige talks about her mutual passions for social reform and art, what drew her to become involved in FOG and what she’s most excited about at this year’s fair.

Megan D Robinson: What drew you to become involved with FOG Design+Art?

Katie Paige: As a trustee of SFMOMA and someone who cares deeply about the arts in this city and in general, it was very important to me that San Francisco both be recognized for its wonderful art scene, and that we foster the growth of arts organizations in this city. FOG was conceived of as a way to celebrate San Francisco’s spirit of creativity, to create a place for local galleries to show on an international level, and to create a reason for artists, curators, dealers and collectors from around the world to travel to San Francisco to celebrate its art. I was part of the original steering committee that founded FOG six years ago and have been involved ever since.

MDR: How has FOG changed over the past six years? FOG celebrates leaders in the design and art fields and is known for supporting cultural and educational programs. How has FOG's mission evolved over time?

KP: FOG has grown each year, and continues to attract a higher caliber and more international roster of galleries. In tandem with that, the number of visitors attending each year has grown tremendously as well. FOG has become a central point in the San Francisco art scene, and has inspired an ‘art week’ of sorts in the city. We see so many other great events happening during FOG week now. In addition, our programming has really grown as well. This year we have a really wonderful lineup of speakers, including a number of great contemporary artists such as Joan Jonas, Pae White, and Tom Sachs, and notable curators from SFMOMA, the Whitney, and the Milwaukee Art Museum, among others. 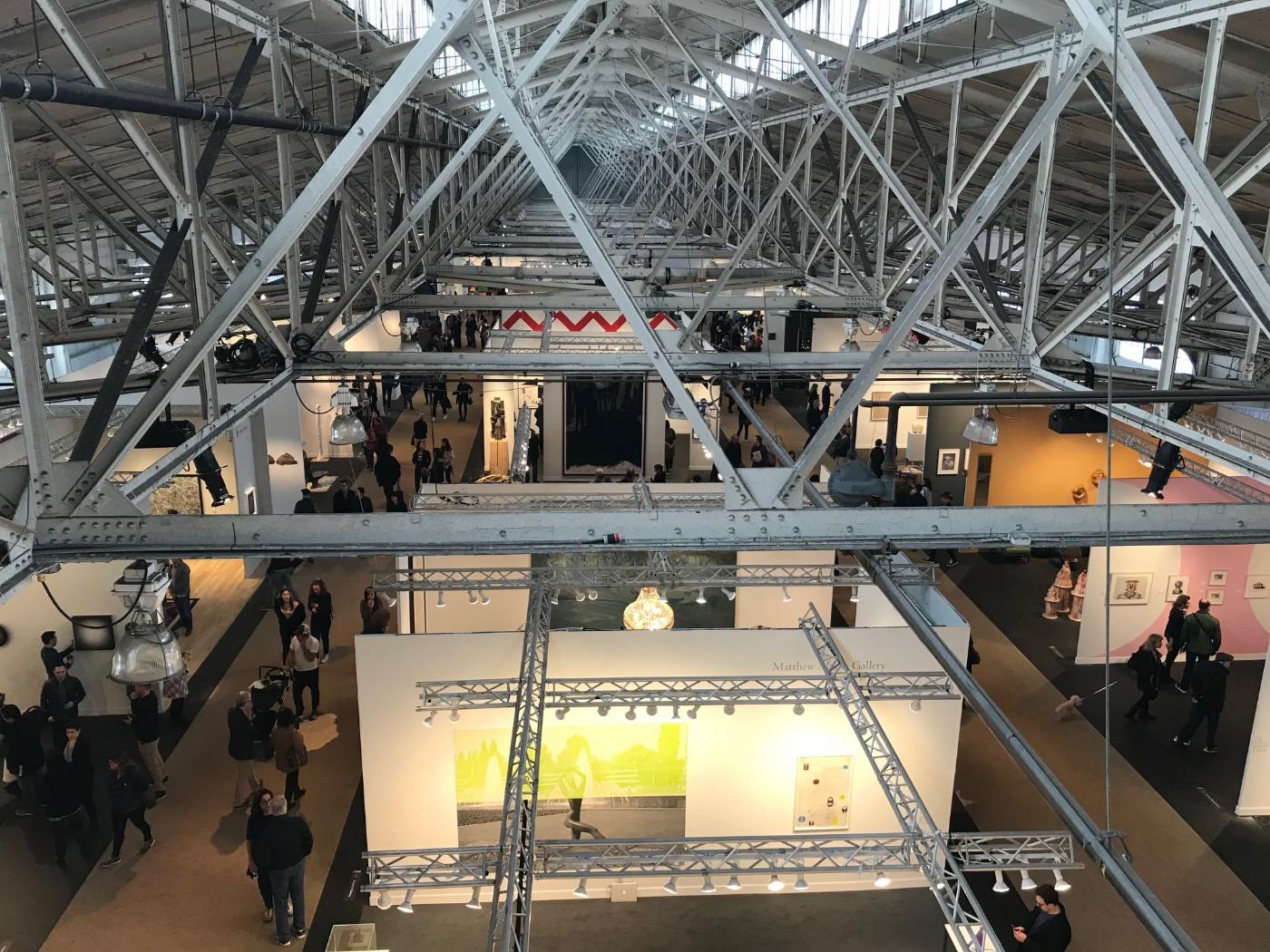 MDR: What place does FOG have in a changing marketplace? What is the value of an art fair versus online auctions and galleries?

KP: Fairs play an increasingly important role in the art market in general, and FOG plays a very important role in the San Francisco art market. It both gives local galleries a chance to be exposed to a much wider international audience without having to travel, and gives San Francisco-based collectors access to some of the best in modern and contemporary art and design.

KP: With our current social and political climate, freedom of expression is ever more important, and artists and designers have historically played a major role in capturing the cultural zeitgeist and reacting to and speaking out against injustice. We are very excited to address some very relevant issues at FOG this year, including Art as Activism, a panel that will look at the role activism plays in artist’s studio practice, and the responsibility that institutions have to engage with and show challenging work. 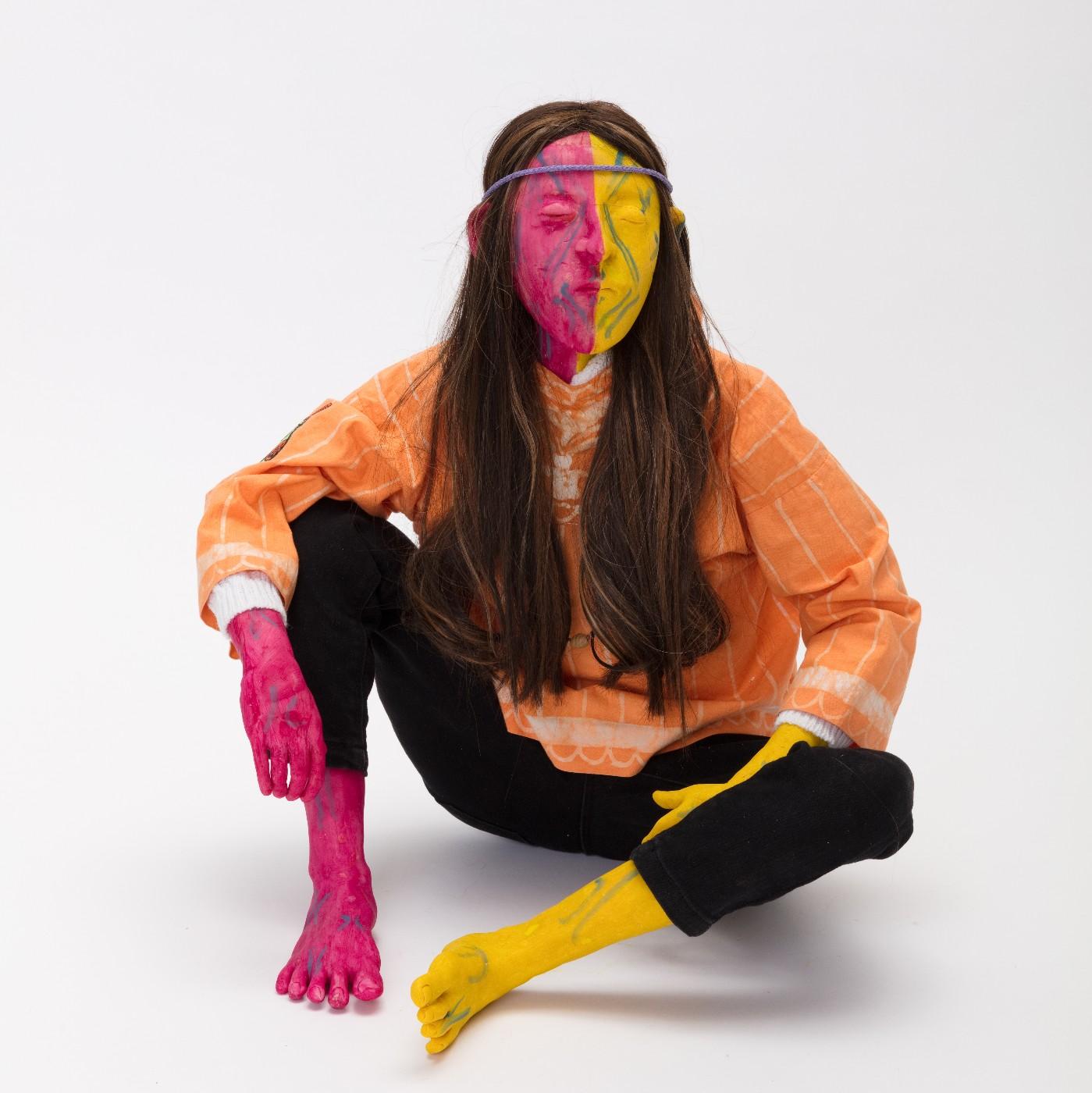 KP: I am always excited to see what dealers bring to FOG. I am particularly excited about Anton Kern’s exhibition, which will feature work from Italian designer Martino Gamper and artist Francis Upritchard, a married couple. I love both artists and can’t wait to see how their work sits in dialogue with one another. I am also excited to see the Laura Owens prints that Crown Point Press will present, and am looking forward to welcome Hauser & Wirth to FOG for the first time. 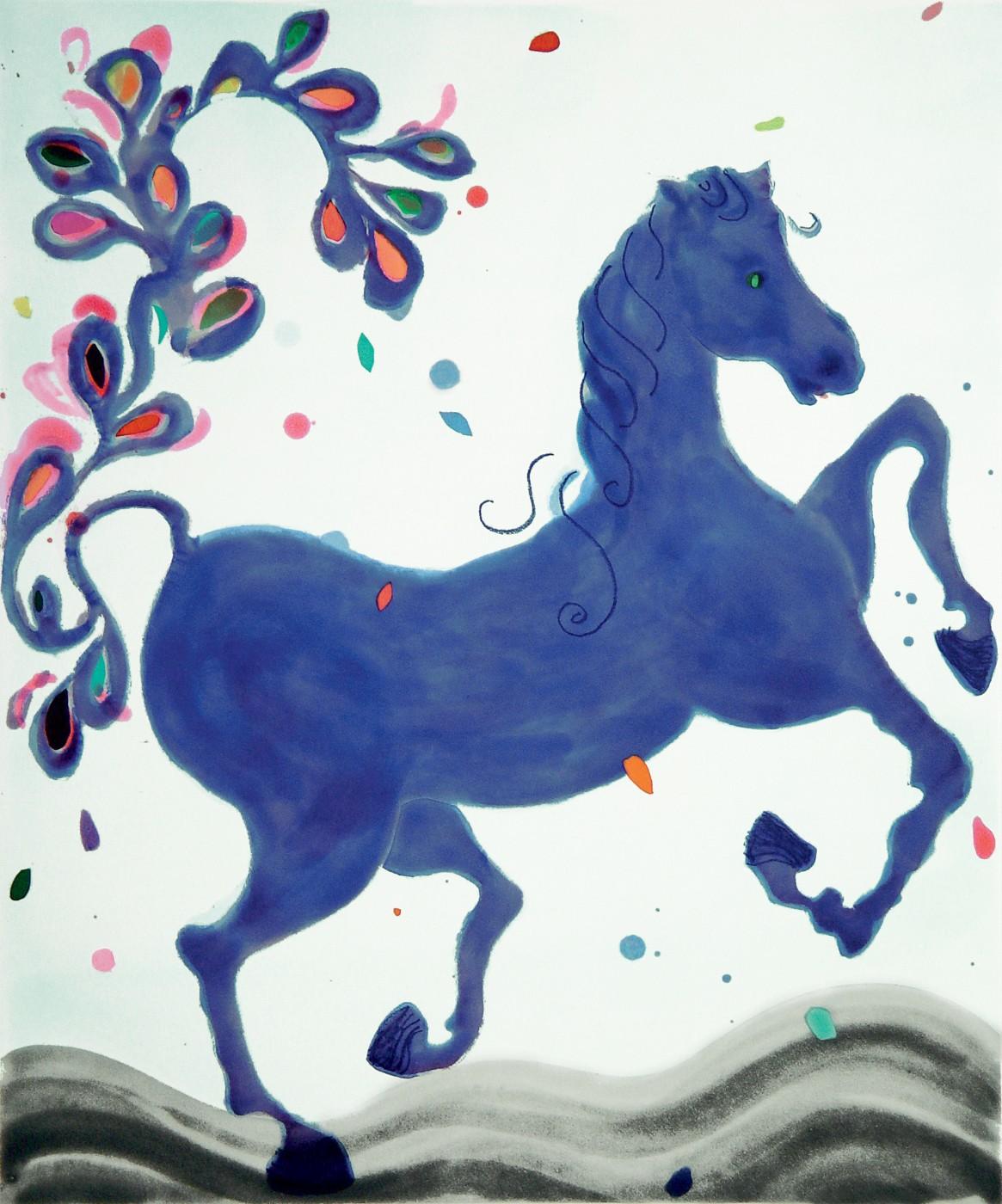 MDR: As someone who is passionate about educational reform, what role to you think arts organizations like FOG can play in ensuring future generations have access to and value the arts?

KP: FOG was really created to be a fair of and for San Francisco. The fair is meant to welcome a wide variety of visitors, and give people a chance to experience an array of art and design that they likely would not otherwise encounter. We want FOG to inspire people and to make them excited to see art on a more regular basis.

I believe all art organizations (public and private) have the responsibility to welcome and encourage school groups to visit and help with curriculum development when appropriate. SFMOMA welcomes everyone under the age of 18 to the museum for free, and in the past two years alone, has served between 42,000 and 48,000 K-12 students through school programs.