French officials have blocked the export of a priceless painting recently sold at auction. Earlier this year, an elderly Frenchwoman had the surprise of her life when she found out that a humble religious icon hanging in her kitchen was worth millions of dollars. The petite painting of Christ, which she assumed was a cheap reproduction, hung above the hotplate in her home for years. Measuring only eight by ten inches, an auctioneer looking at her furniture spotted the painting and suggested the owner have the work assessed. 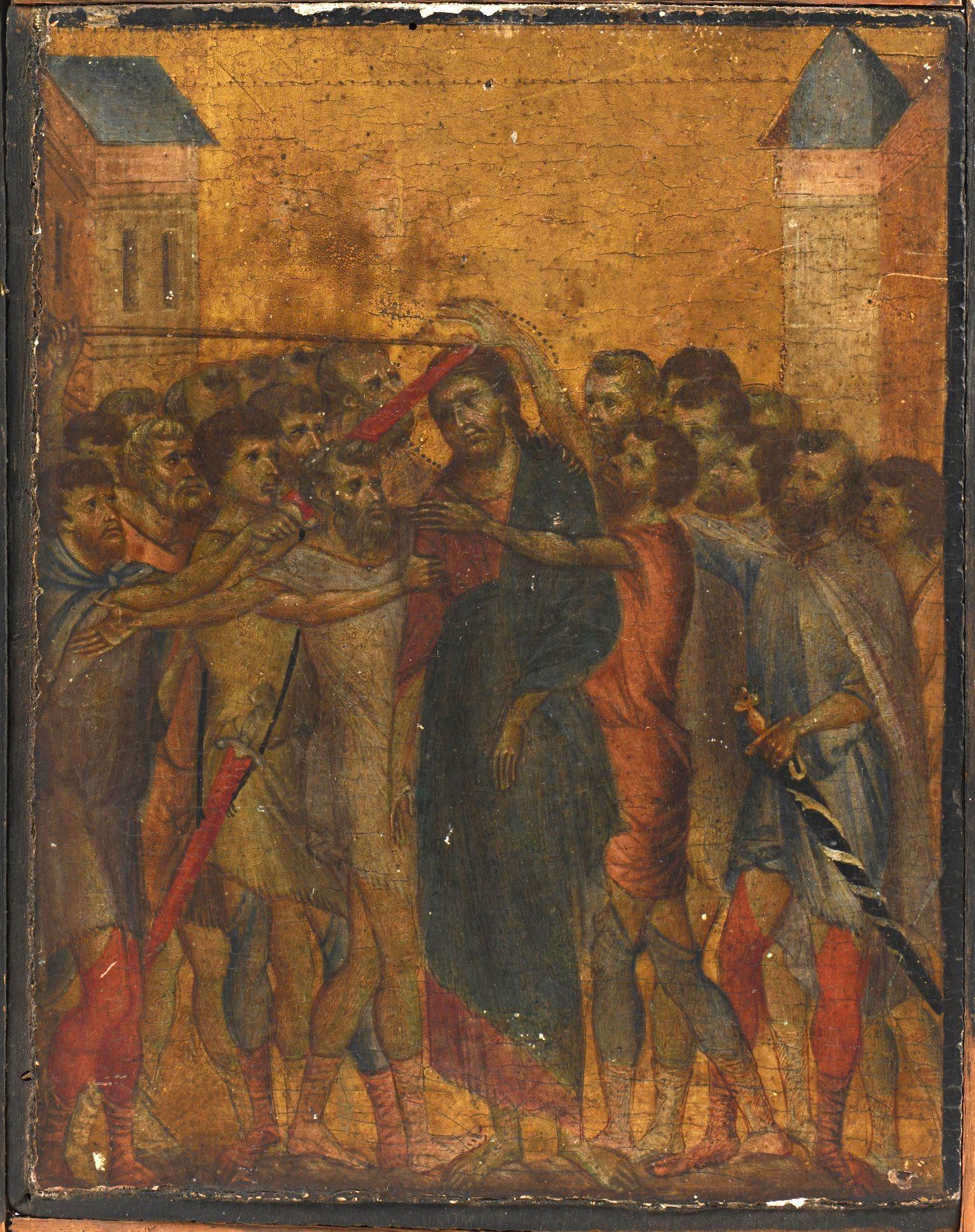 Analysis of the painting, titled Christ Mocked, revealed it to be the work of Cimabue, also known as Cenni di Pepo, a master of medieval painting from Florence. Works by Cimabue are rare—only a dozen have been attributed to him—and hang in great museums around the world. Cimabue paintings embody an important moment in art history. Christ Mocked shows a break from the flatness of the Byzantine style. Cimabue added depth and perspective to his compositions, as well as greater detail and thus expressiveness to his figures, marking the beginning of the realism of the Renaissance. 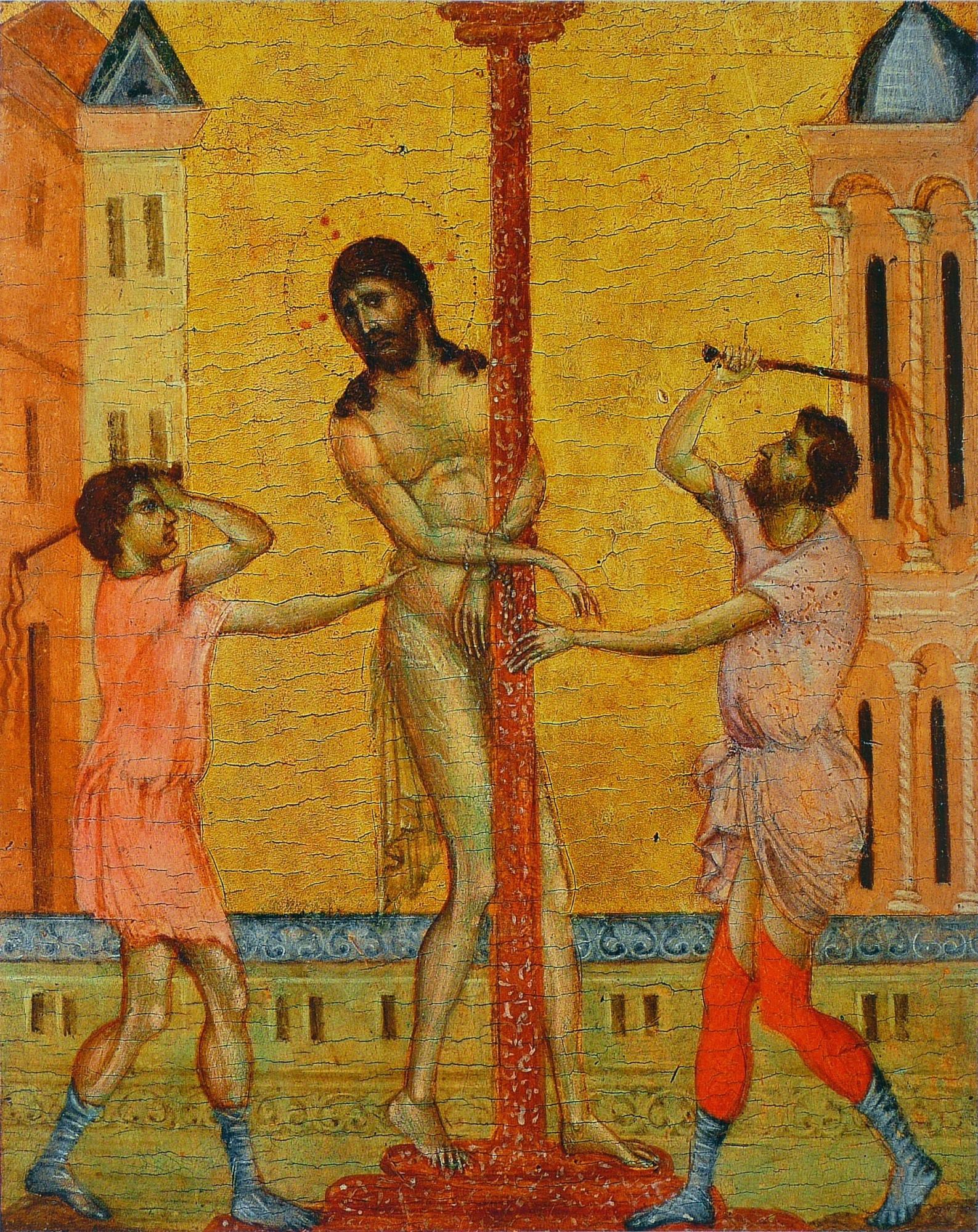 Cimabue, The Flagellation of Christ, c.1280.

Christ Mocked is believed to be the first painting my Cimabue ever offered at auction, and initial estimates priced the work at $7 million. Its sale blew those estimates out of the water, selling to an anonymous buyer for $26.6 million, setting a new world record for a medieval work at auction. Reportedly bought by the US-based Chilean collectors behind the Alana collection, who outbid the Metropolitan Museum of Art, the work was set to be exported before authorities declared the work a “national treasure” that must remain in the country.

French officials now must raise the funds to purchase the picture themselves. If they’re able to do that, Christ Mocked will hang beside another great Cimabue work, Virgin Enthroned with Angels (c. 1280) at the Louvre. 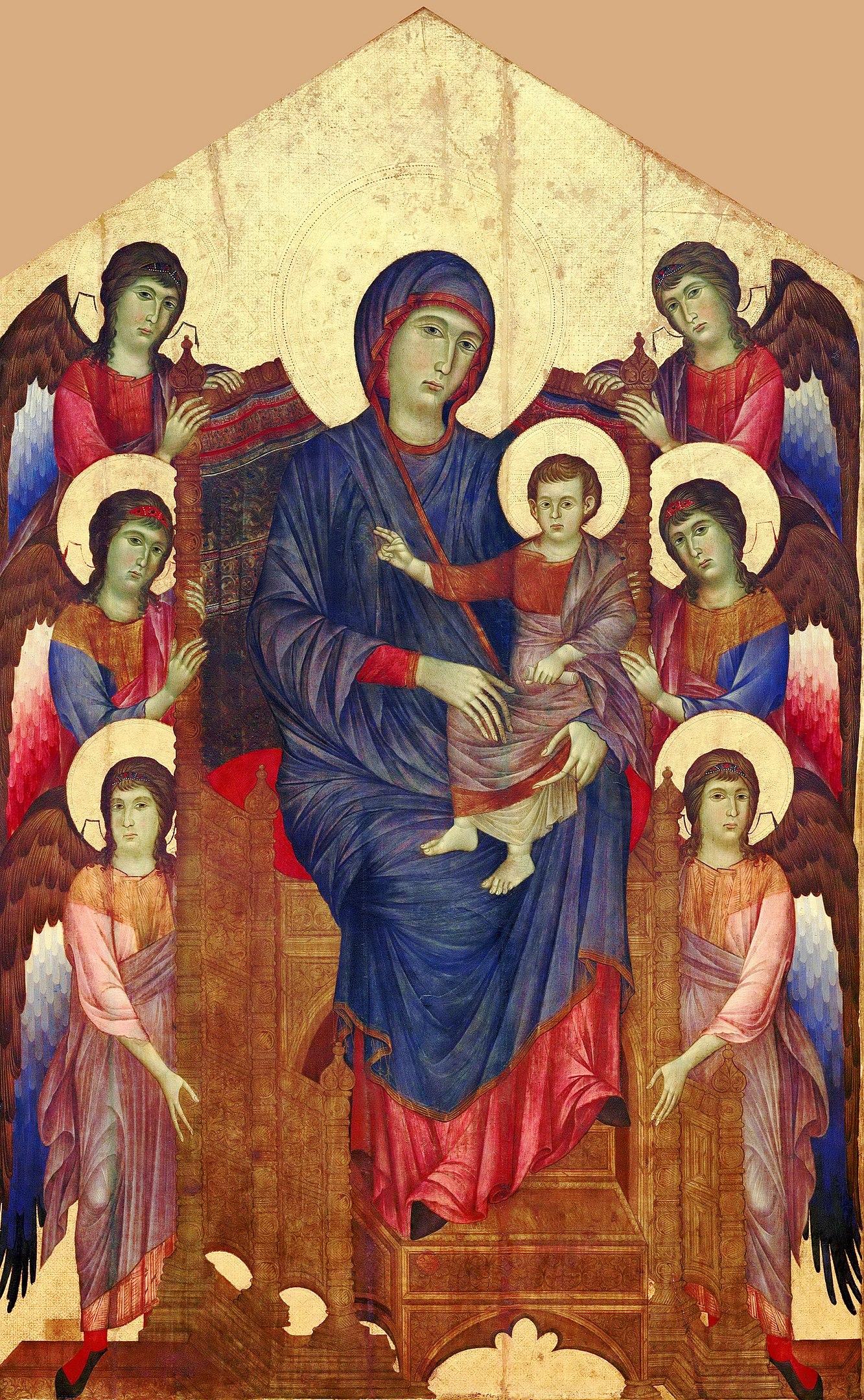 Scholars believe the piece is part of a polyptych (a painting that consists of three or more panels) depicting the passion of Christ. Other works in the same series, created in 1280, include The Virgin and Child Enthroned with Two Angels, held by the National Gallery in London, and The Flagellation of Christ, held by the Frick Collection. Painted in egg tempera with gold leaf on a poplar panel, it is believed that it originally would have had a red border, like the other works in the series. 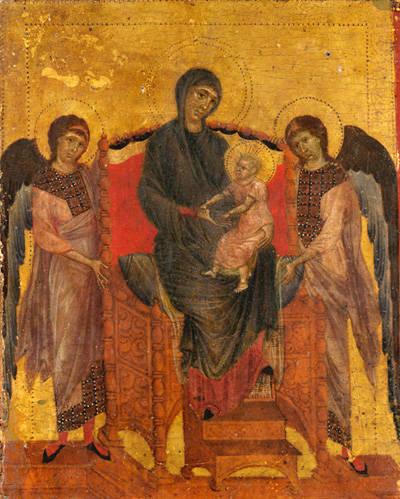 Cimabue, The Virgin and Child Enthroned with Two Angels, c.1280.