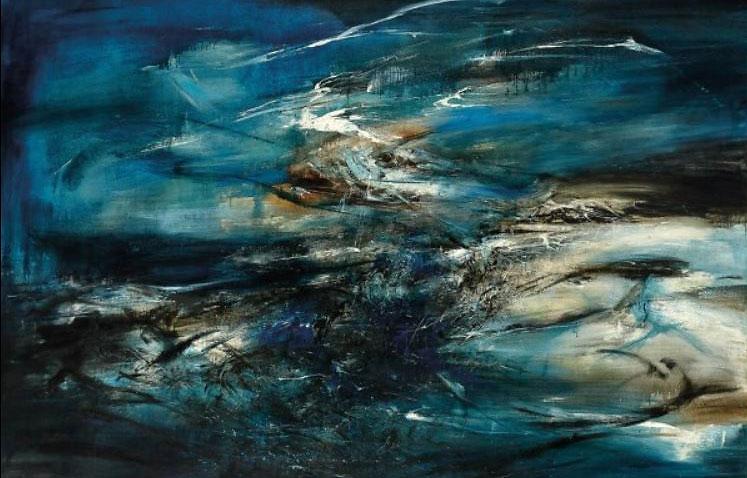 The secondary market for 20th century Asian artists has seen an uptick in sales and prices in recent years. Bonhams, Sotheby's, and Christie's have all realized massive sales of work by artists who traveled to Europe and absorbed Western ideas that they fused to Eastern artistic concepts, and buyers like what they see.

Notable recent sales include a 7 ft by 11ft painting by Zao Wou-ki (1921–2013) a Chinese-French Abstract Expressionist who was also a member of the Académie des Beaux-Arts in Paris. An oil on canvas entitled 29.06.64, which Zao originally painted in 1964, sold for $19.7 million dollars at a recent sale at Christie's in Hong Kong on May 27, 2017.The sale broke a world record for any of Zao's work and blew past Christie's pre-sale estimate of $6 million, securing the artist's place as a major 20th century Chinese painter.

With prices for contemporary Asian artists skyrocketing, experts suggest investing in artists whose works are still within reach, like Chinese-French painter Sanyu (1901–1966) and Japanese-French printmaker Léonard Tsuguharu Foujita (1886–1968). Collectors curious about moving into this field would be wise to start investigating now, before the market picks up even more steam.

The House of Ryman: A Family of Artists
All creative families are creative in their own way (to paraphrase the over-paraphrased opening line of Tolstoy’s Anna Karenina). Take the Rymans, for instance. There is Robert Ryman (1930 – 2019), the patriarch whose paintings are indisputable icons of the modernist canon. Then there are his wives and children.

Photographing Vietnam: The First & Last Uncensored War
As the British-Australian photographer Tim Page confirmed during an interview in 2019: “Vietnam was the first and last war with no censorship.”For some photographers, the search for gory and violent images became almost a challenge. For others, Philip Jones Griffiths above all, recording the Vietnamese horrors widened the purpose of their craft in order to reveal the futility of war and its everlasting consequences.