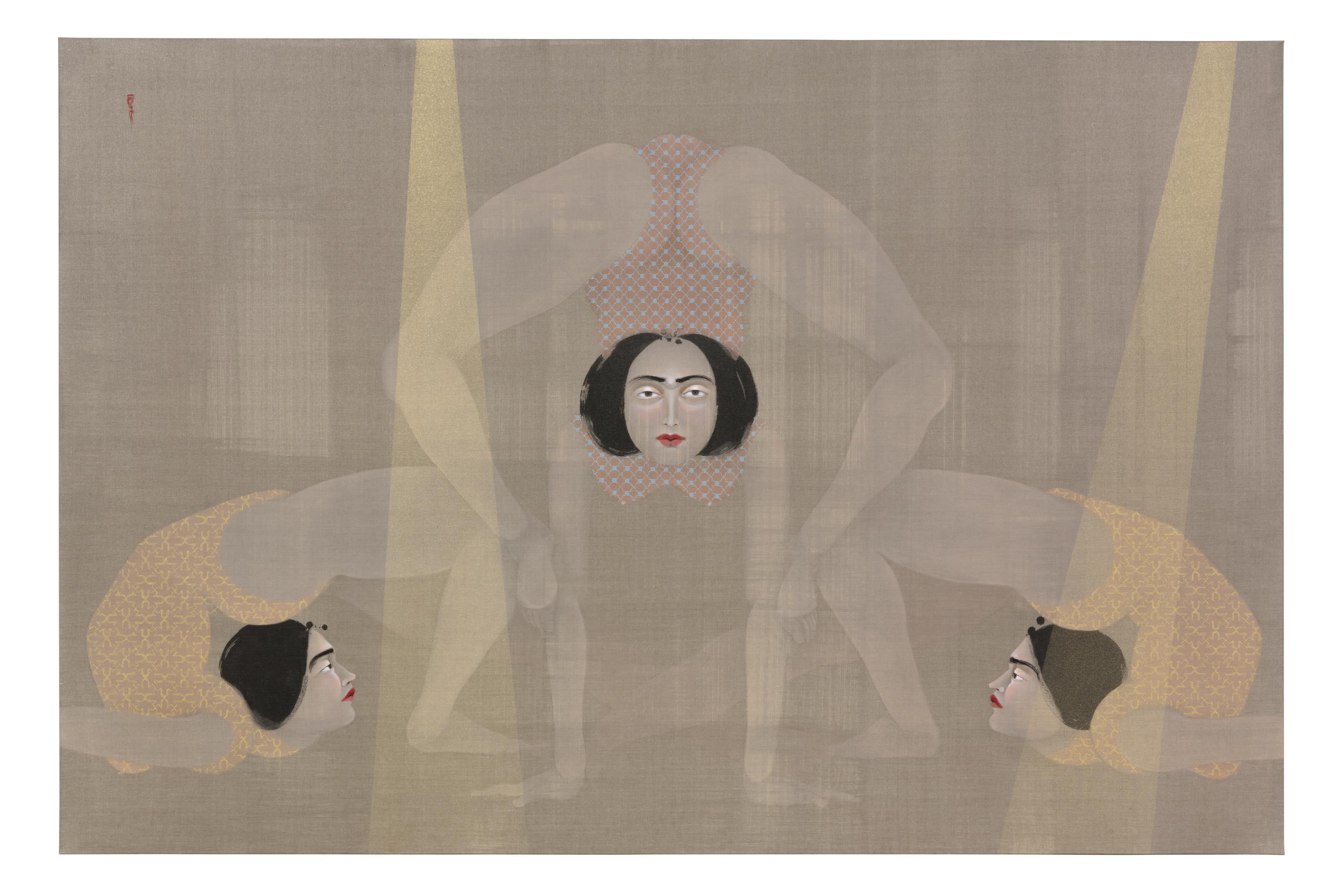 Hayv Kahraman’s practice addresses the marginal spaces of diasporic life, migrant consciousness and concepts of gender through her personal history as an Iraqi émigré to Europe and ultimately to the US. She creates a unique visual language that reflects her biography as an immigrant, one that lacks fixedness while embracing multiplicity.

Female figures repeatedly occupy Kahraman’s canvases. Said to be an extension of her own body, the women depicted are informed by the artist’s autobiographical context, while rendered with Renaissance sensibilities. These women, however, are not meant to exist as self-portraits, rather as an embodiment of the collective immigrant experience. In an interview with Glass Magazine, Kahraman explains that the figure is “an expression of whom I had become as an assimilated woman. I’m now working to give her agency and a voice, and, as I obsessively repaint her again and again, she becomes part of a collective. I am concerned with this multitude, not the self. This is not only my story. It can be the story of more than five million people within the Iraqi diaspora or any diaspora.”[1] Kahraman uses her figures to explore and express the duality of “otherness,” adapting to new cultures while remembering one’s origin.

The struggle of displacement is further visualized through the disfigurement and violation that often afflicts her subjects. In a New York Times article about her exhibition Extimacy, she said, “having these women violently detaching their limbs, for me, is reminiscent of the psyche of a refugee, and the sense of detachment you have from your land that you’ve had to leave behind.”