The overlooked work of a photobook pioneer 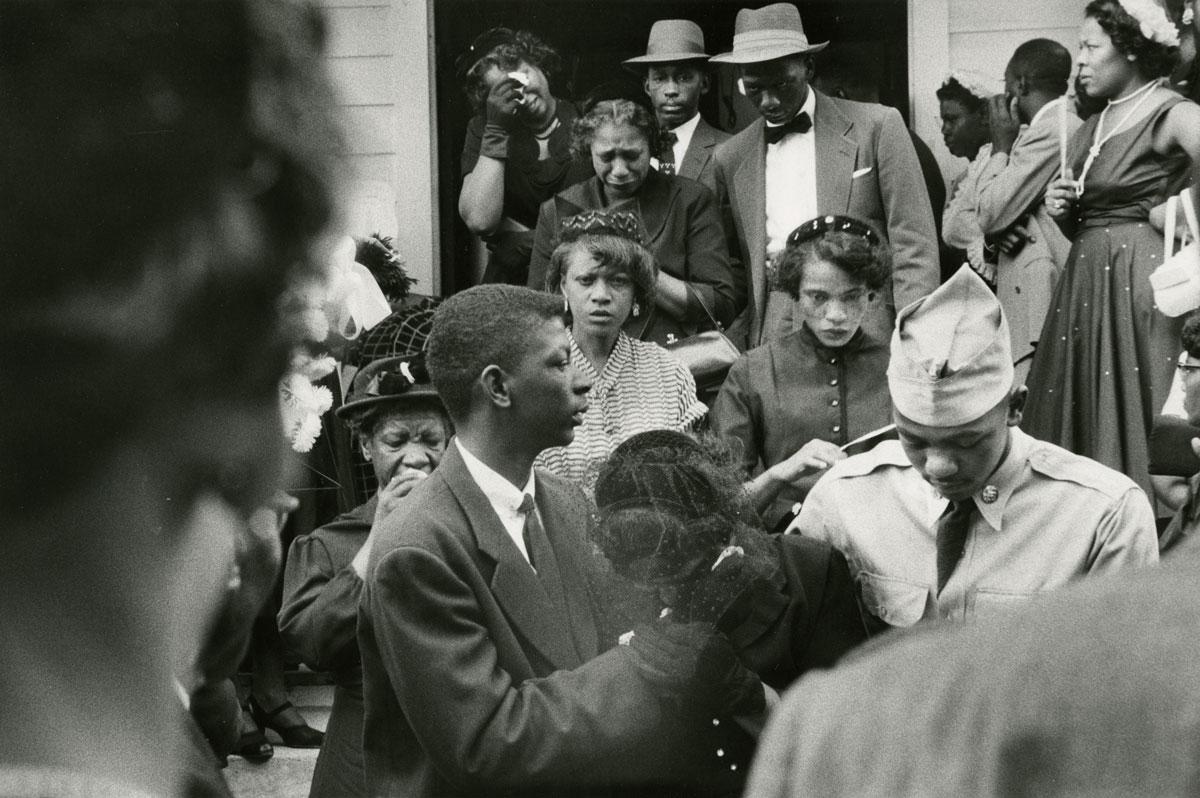 Robert Frank: Sideways, a 2017 exhibit at the Bowdoin College Art Museum in Brunswick, Maine, took a straight-on look at lesser-known photographs Frank took between 1941, when he first arrived in the United States, and his first solo show at the Art Institute of Chicago in 1961. The show consisted of fifty prints lent by the New York collector Arthur Penn and the Pennwick Foundation, which hold a significant collection of Frank’s work. It was organized by two Bowdoin faculty members, photographer Michael Kolster, writer Russ Rymer, and their students.

Frank is best known for The Americans, his astonishing account of American life and culture made as he traveled the country on a Guggenheim fellowship in 1955 and 1956 “with the agility, mystery, genius, sadness, and strange secrecy of a shadow photographed scenes that have never been seen before on film,” to quote Jack Kerouac’s introduction to the 1959 American edition. The book was such a controversial departure from what American photography was at the moment of its making and met with such wholesale condemnation that Frank had trouble finding a US publisher. The book was first published in France as Les Américains, only to be published in the states a year later by Grove Press. 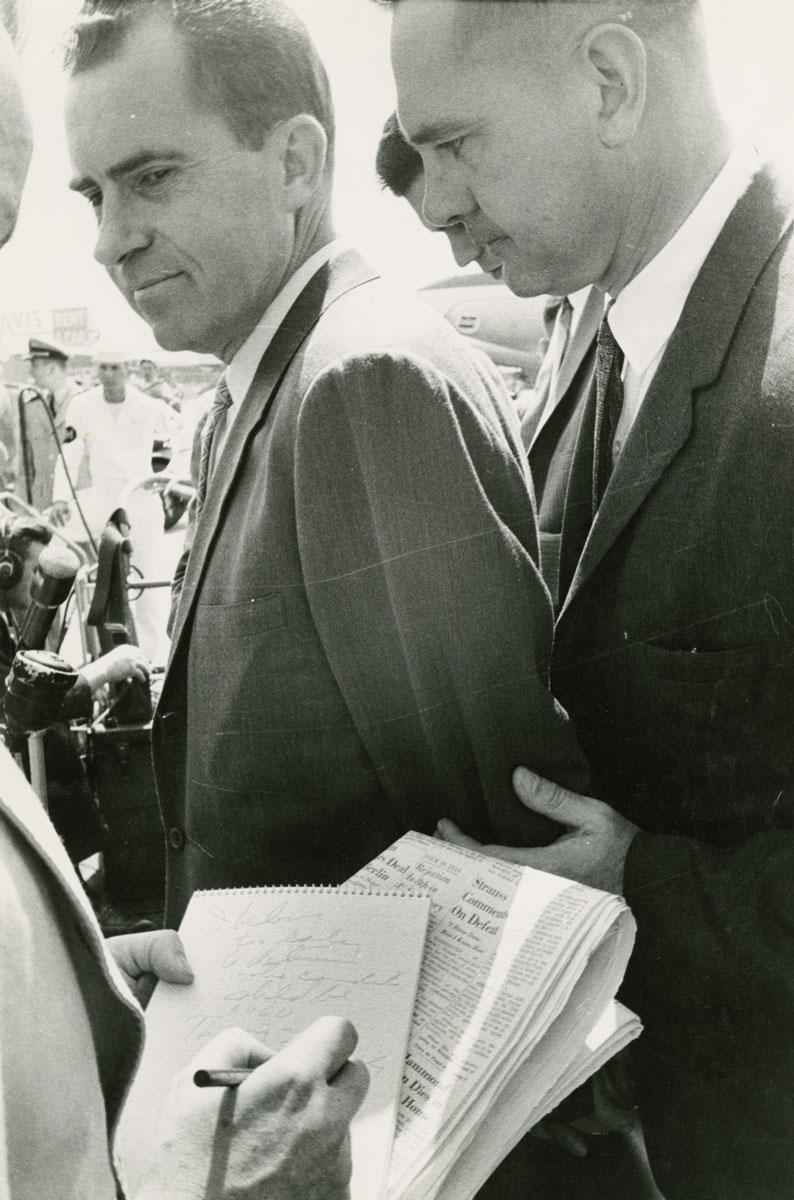 The images in The Americans are the work of a photographer who is both a seer and a medium, in two senses of the term—medium as in the vehicle through which the photographic object itself is made, and medium as in clairvoyant, as if Frank has focused his Leica not only on the scene before him, but onto some beyond, seeing more than what the eye alone can see. “He sucked a sad poem right out of America onto film,” writes Kerouac. Much of the credit for Frank’s poetic sensibility has often been given to the influence of Walker Evans’ lyric vernacular on display in American Photographs, the 1938 photobook that accompanied Evans’ exhibition at the Metropolitan Museum of Art. What’s fascinating about this exhibition is that the images demonstrate the accrual of influence, Evans’ among them, but also reflecting Frank’s Swiss training and frequent travel.

Born in Zurich in 1924, Frank trained as a commercial photographer. Swiss photography was defined in part by magazine and newspaper reportage and by modernism, as practiced by the New Objective German photographer Albert Renger-Patzsch and the abstract experimentalism of Hungarian László Moholy-Nagy. It was during his apprenticeship that Frank learned from advertising photographer Michael Wolgensinger to organize his contact prints by theme. It was an approach that would be foundational to the thematic development of his own work and to the way he sequenced and selected images.

Frank was heavily influenced by modernist Swiss photobooks, particularly Jakob Tuggener’s Fabrik: Ein Bildepos der Technik [Factory: A Pictorial Epic of Technology], seventy-two images printed in photogravure, whose sequencing was inspired by film and photomontage, and that contemplated the human damage inflicted by technology. Frank’s first photographic book, 40 Fotos, made in 1946, bears the influences of both commercial and modernist photography.

He arrived in the United States in 1947, already keyed into the visual and aesthetic potential of sequencing photographs that, presented across the page spread of a book or presented by the turn of the page, could work almost cinematically. In New York, Frank worked as a magazine photographer for publications like Harper’s Bazaar. But he was in search of something else, a way of photographing that ran counter to the sharp, “decisive moment” aesthetic of Henri Cartier-Bresson and the formulaic picture stories of Life magazine. Frank also met concentric circles of artists and photographers, among them Edward Steichen and Walker Evans; painters Willem de Kooning and Mark Rothko; a circle of Beat writers including Kerouac and Allen Ginsberg; and Alexey Brodovitch, the Russian-born photographer and art director at Harper’s Bazaar. Brodovitch encouraged Frank to take more photographic risks and persuaded him to trade his Rolleiflex for a 35mm Leica. 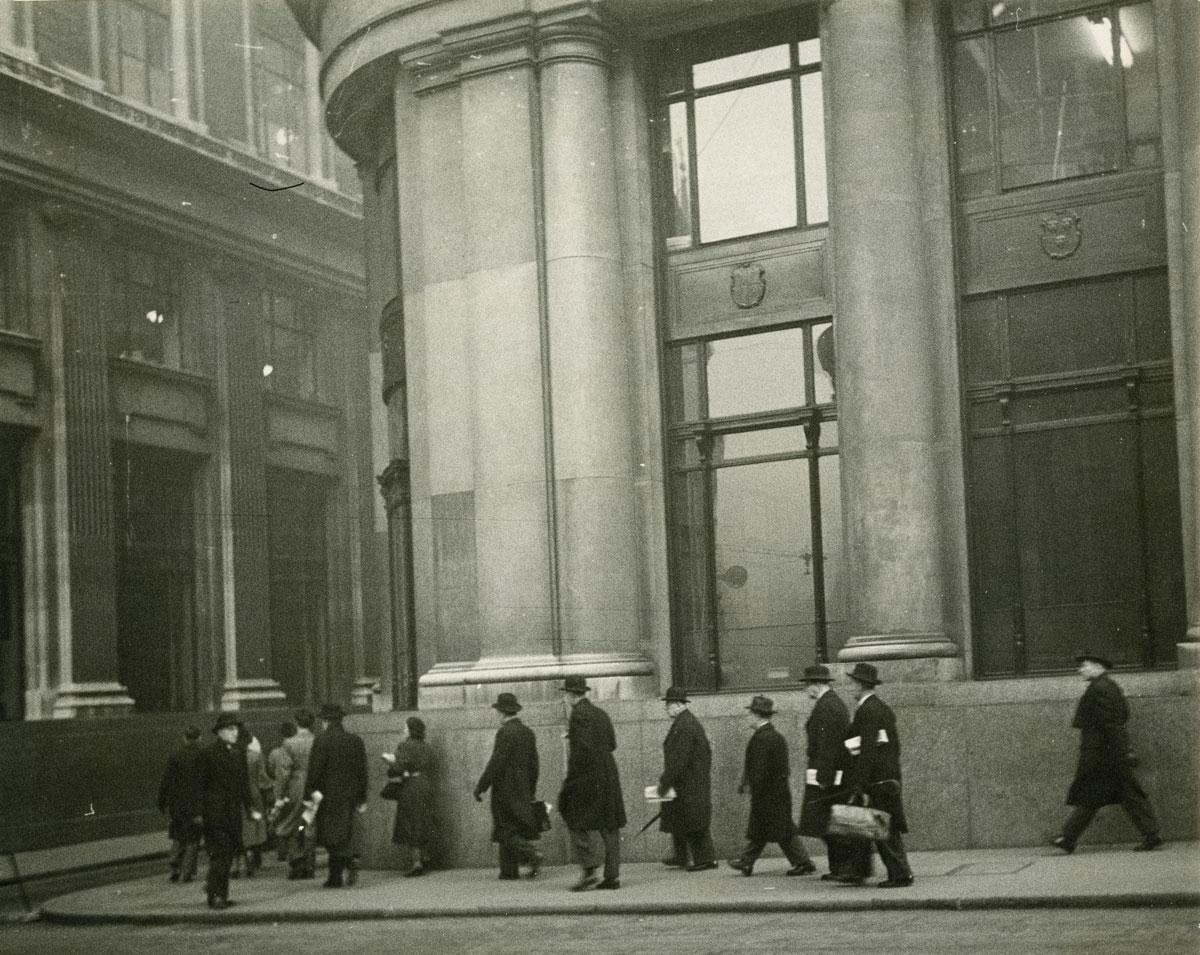 This was a vital moment of development for Frank’s work, when he “came to understand how chance, contingency and even the fluid multiplicity of chaos could provide fertile opportunities for his photographs,” writes National Gallery of Art curator Sarah Greenough in the catalogue for Looking In, a 2009 exhibition marking the fiftieth anniversary of The Americans.

Sideways widened the frame on Frank’s visual poetry, offering glimpses into the subjects and themes of his photographs at an angle to his most famous work, and in ways that intersect with the rise of sequential picture narratives in photojournalism and in photobooks. The work on exhibit bracketed The Americans, taken in Peru, London, Paris, Wales, and the United States, chronicling his stylistic development.

Frank left New York in 1948, hoping to find subjects that would lend themselves to the sorts of picture stories published by Life and other magazines and inspired by Bill Brandt’s books, such as The English at Home (1936). Traveling throughout Central and South America, Frank shot extensively in Peru. Upon his return, he worked up two handmade, spiral-bound books of photographs, experimenting with sequence, narrative, and juxtaposition. The three images of Peru currently on exhibit appear in one of those books, Peru, 1948, now in the collection of the National Gallery of Art in Washington, D.C.

Soon after, Frank spent ten months in Europe. He gained recognition for producing a new kind of documentary, and Life published several pages of his Parisian photographs. Then, in 1950, Frank met Edward Steichen, who included him in 51 American Photographers at the Museum of Modern Art in 1951. Steichen encouraged Frank to reach for more emotional depth in his photographs, as Frank continued to photograph in Europe. Images from Valencia that hang in the Bowdoin show were part of his 1952 book, Black White and Things, which drew from work he had made in Peru, the US, England, Spain, France, and Italy. Then, in 1953, Frank traveled to Wales, living with coal miner Ben James and following him through his daily life. A suite of those prints, as smudged and dark as coal, show Frank continuing to think about photographs not as singular images, but in sequence.

The final group of photographs on display, some of them work prints from the making of The Americans, picture the themes that preoccupied Frank on his Guggenheim trips: social and racial inequality, consumerism, and public displays of patriotism. There are flags, funerals, front porches, jukeboxes, cars, and rodeos.

“To Robert Frank I now give this message: You got eyes,” Kerouac wrote. This small gem of an exhibit showed how, and what, Frank came to see with them.