Lessons on Art
and Life from
Bill Cunningham 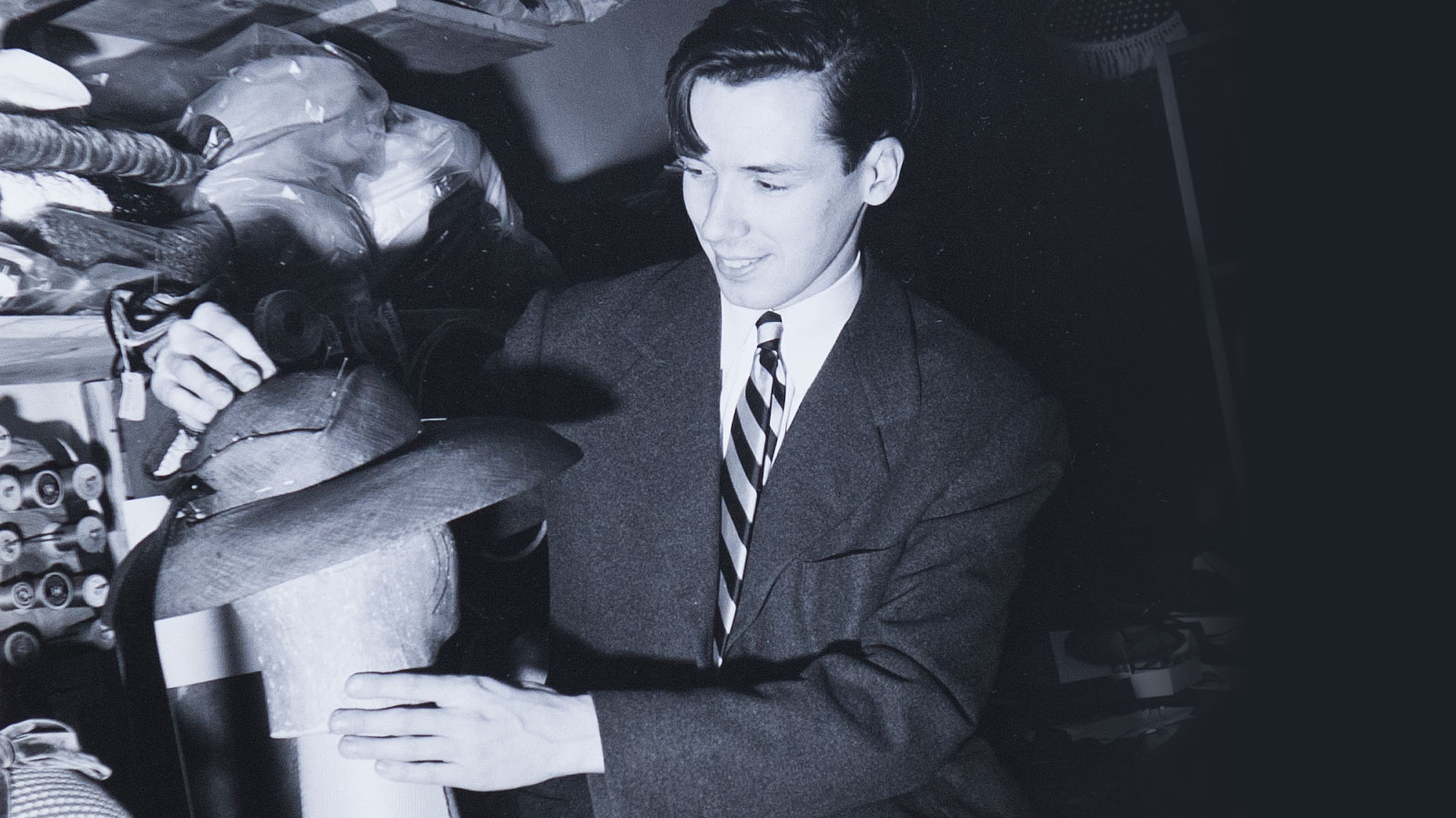 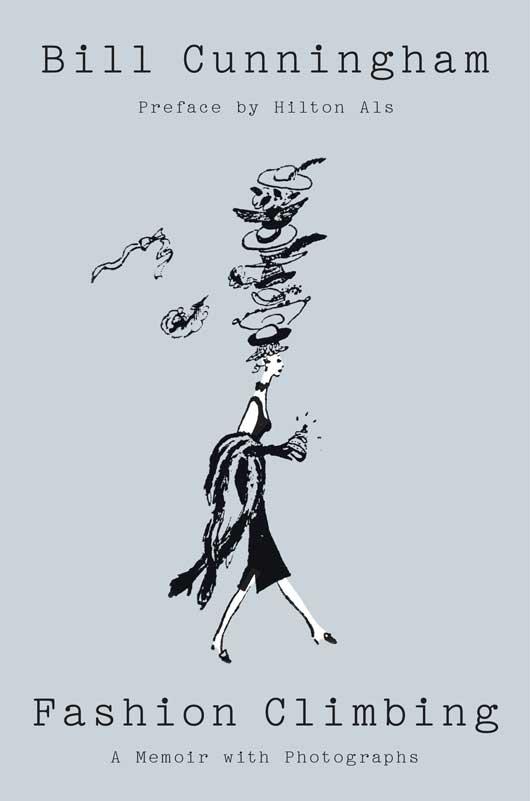 The memoir, or origin story of sorts, begins during Cunningham’s formative years as the second child in a Boston-area Irish Catholic family.

William John Cunningham Jr. labeled himself twice during his 87-year lifetime: first as William J, a couture Manhattan milliner, and later as Bill Cunningham, the beloved New York Times fashion journalist who famously traversed the metropolis armed with a blue French workmen’s jacket, film-loaded camera, and a bicycle. His moniker and career changed over the years; his perpetual search for beauty did not.

His arena of choice was always fashion, seemingly from age four when he coveted his sisters’ dresses until his death in New York in 2016. But in a greater sense, Cunningham devoted his life to the daily task of fashioning oneself—not merely getting dressed but being a corporal canvas for ever-changing creations. “I just like fashion as an art form of dressing the body,” Cunningham said in the hit 2010 documentary devoted to his life, Bill Cunningham New York. “[He] lived to discover what you had made of yourself,” adds Hilton Als, a theater critic for The New Yorker, in the introduction to Cunningham’s memoir published this month, Fashion Climbing.

For the last four decades of his life, Cunningham compiled these discoveries, weekly, in the two popular columns he produced for the Times. ‘On the Street’ was dedicated to burgeoning trends he noticed on New York’s sidewalks, and ‘Evening Hours’ assembled party pictures of society events.

The negatives for every single one of those snapshots—and indeed all the pictures that Cunningham ever took—were diligently stashed in file cabinets that lined his studio apartment. Film strips devoured the square footage normally reserved for sofas, closets, and kitchen appliances. The man, quite literally, lived among an archive of everything he had found visually captivating enough to want to remember.

And, tucked somewhere amidst Cunningham’s file cabinets, were also two neatly typed copies of a memoir manuscript, left without instructions and found by family members after his death. It’s unclear when he wrote the text just released as Fashion Climbing, or whether he ever expected it to be printed and hardcovered. But for those left with unanswered questions about the photographer, who lived a reclusive life and seldom divulged anything about himself, the book is a posthumous gift. It sparks one last flash bulb on Cunningham’s artistic inspirations and lessons for leading a creative life.

The memoir, or origin story of sorts, begins during Cunningham’s formative years as the second child in a Boston-area Irish Catholic family. His childhood was conservative but a school field trip to the Isabella Stewart Gardner Museum in Boston’s Back Bay—a transported Venetian palazzo-turned-museum devoted to Old Masters—stirred his innate imagination early on. “Life really began for me on my first visit to [the museum],” Cunningham wrote. “It was the opening of the doors of paradise for me, and there was no stopping my desire to create a world of exotic beauty.”

Yet for the most part, Cunningham’s youth wasn’t rife with visits to art museums. In a failed attempt to distance him from any sort of creative life, his parents registered him at a trade school where days were a humdrum of technical learning. He could find inspiration anywhere, though—even at the linens department of Jordan Marsh, a New England department store chain where he had an afterschool job as a teenager. “My stock cart would be piled eight feet high with towels of brilliant color: flamingos, blues, greens, roses,” Cunningham recalled. “I took real delight in mixing all the colors onto the counters—almost like painting.” 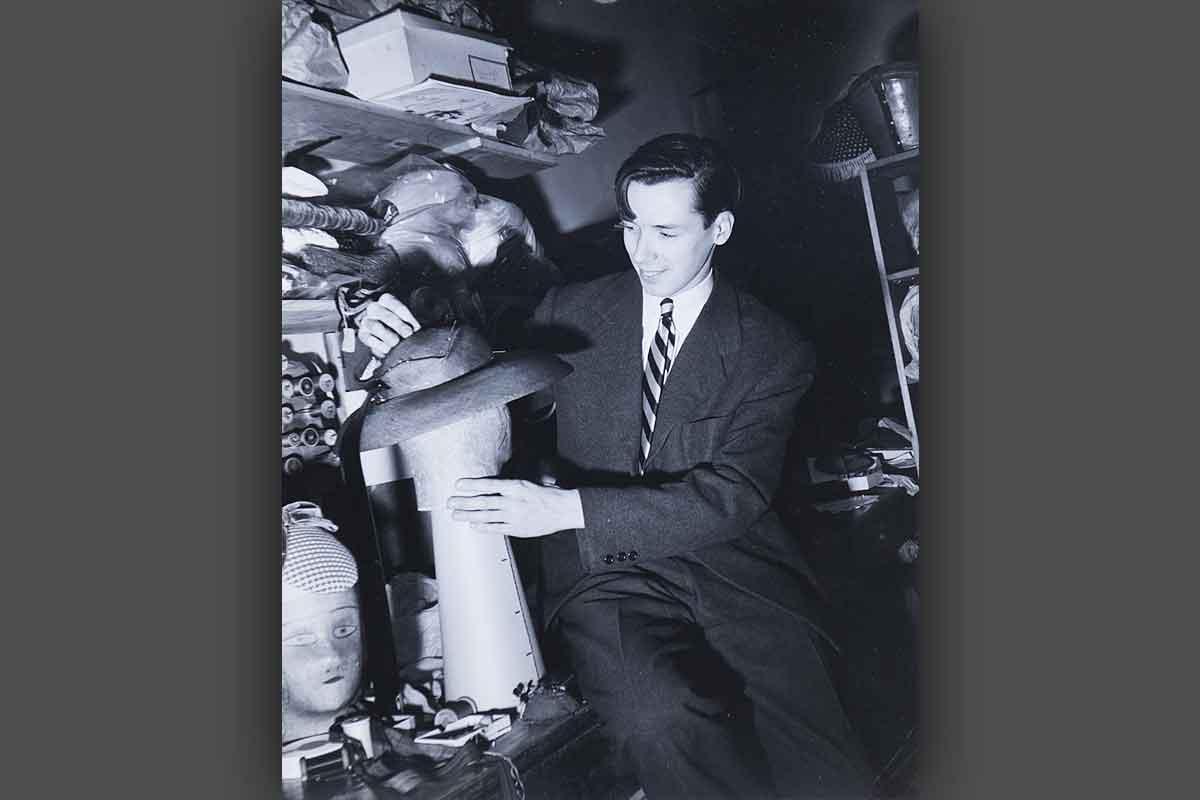 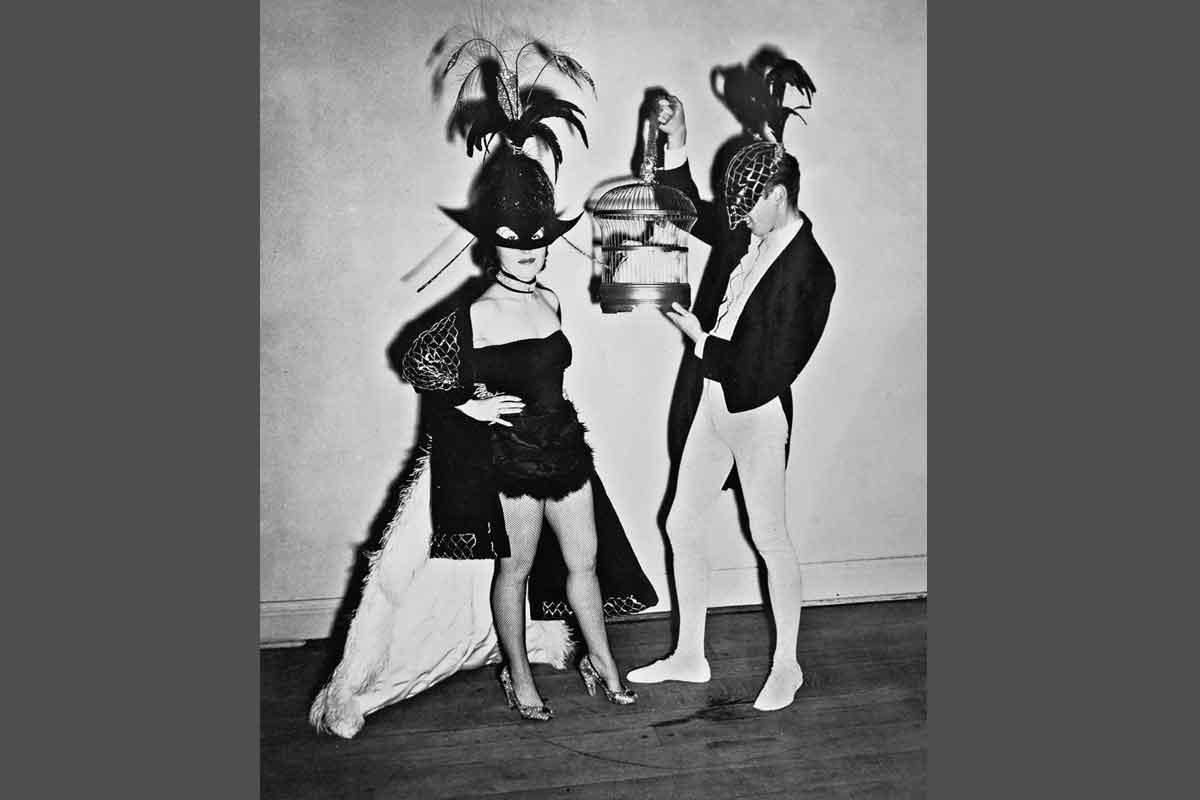 Courtesy of the Bill Cunningham Foundation 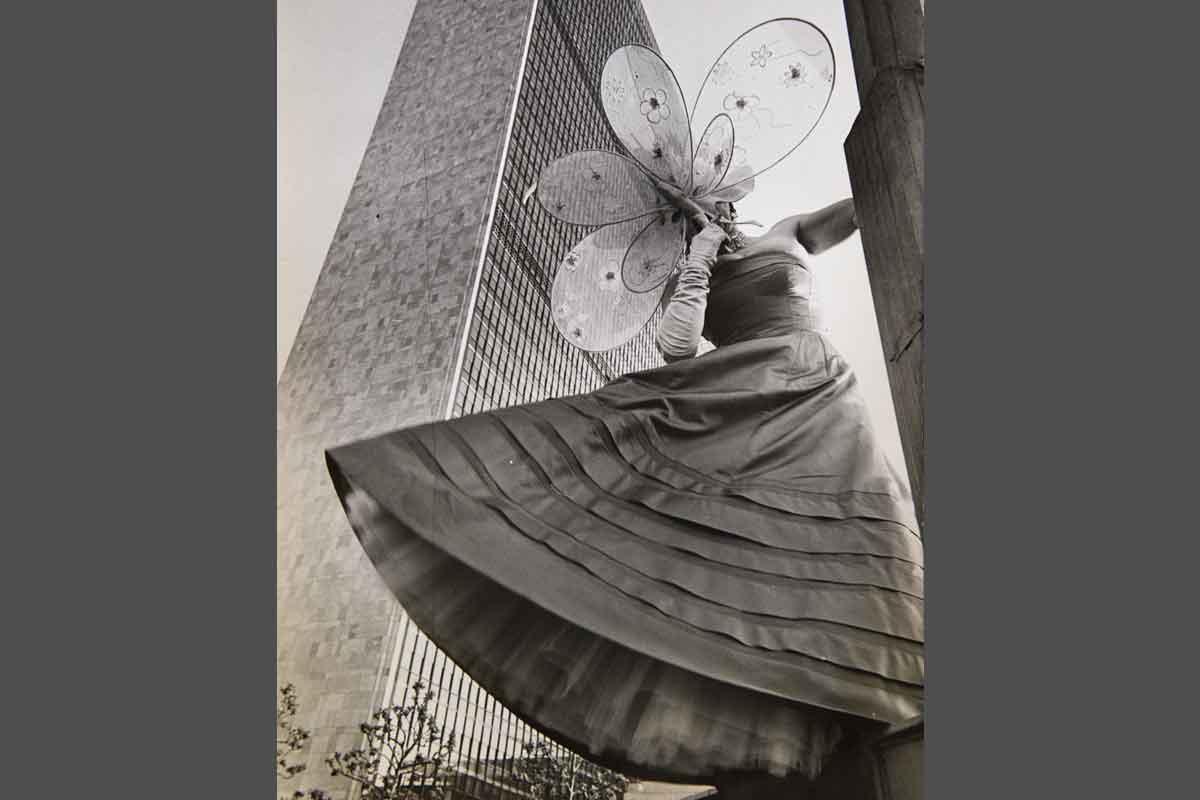 UN Facades, Editta in costume in front of the UN building

His love of color soon took him from Boston’s Jordon Marsh to the Bonwit Teller luxury department store in New York, his first entrée to the Big Apple. He sought out these opportunities to see the works of artists and designers at museums and big-name stores, but Cunningham admitted that they also presented certain perils. In Fashion Climbing he confessed his early vulnerability to outside influences—a universal danger for many creatives. It took him years to be able to learn from his predecessors while retaining a distinct point of view.

He remembered learning this seminal lesson from a Mr. Rudolph, president of New York Bonwit Teller store, who saw one of the earliest showings of Cunningham’s hat designs. “[Mr. Rudolph] gave me some of the best and kindest advice of my life: first, he said, to be an original creator, using only one’s own ideas would be the true way to happiness,” Cunningham wrote. “He gently told me I’d been influenced by everything in the store, and that this was not the making of a true designer’s signature. This was to be the hardest lesson, that of throwing off outside influences and making definite designs of my own.”

And cast them off, like a pile of dime-a-dozen hats, he did. During the 1950s and under his first appellation—William J—he handcrafted cellophane straw bows, raffia earmuffs, and did things with feathers that secured his designs a place in the permanent collection of the Metropolitan Museum of Art. Later, as a photographer, he documented streetwear trends before many fashion designers had yet caught on to them.

Now Cunningham turn to graces the walls of museums and inspire the next generation of photographers, designers, and artists. In 2018 he was the subject of Celebrating Bill Cunningham, an exhibition of ephemera, hats and snapshots at the New York Historical Society Museum & Library, as well as On the Street with Bill Cunningham, a photography show at the Colorado Photographic Arts Center.

And so with the release of Fashion Climbing we are again left with two Cunninghams, perched on opposite ends of his spectrum of celebrity. There is the established photographer being feted in museums, and there is the autobiographical story of a boy from Boston who couldn’t help but look for beautiful things. One gets the sense that the inimitably humble Bill Cunningham felt they were one and the same, after the same life’s purpose.

“It’s as true today as it ever was,” Cunningham said at the close of his acceptance of the French Legion of Honor award in 2008. “He who seeks beauty will find it.”