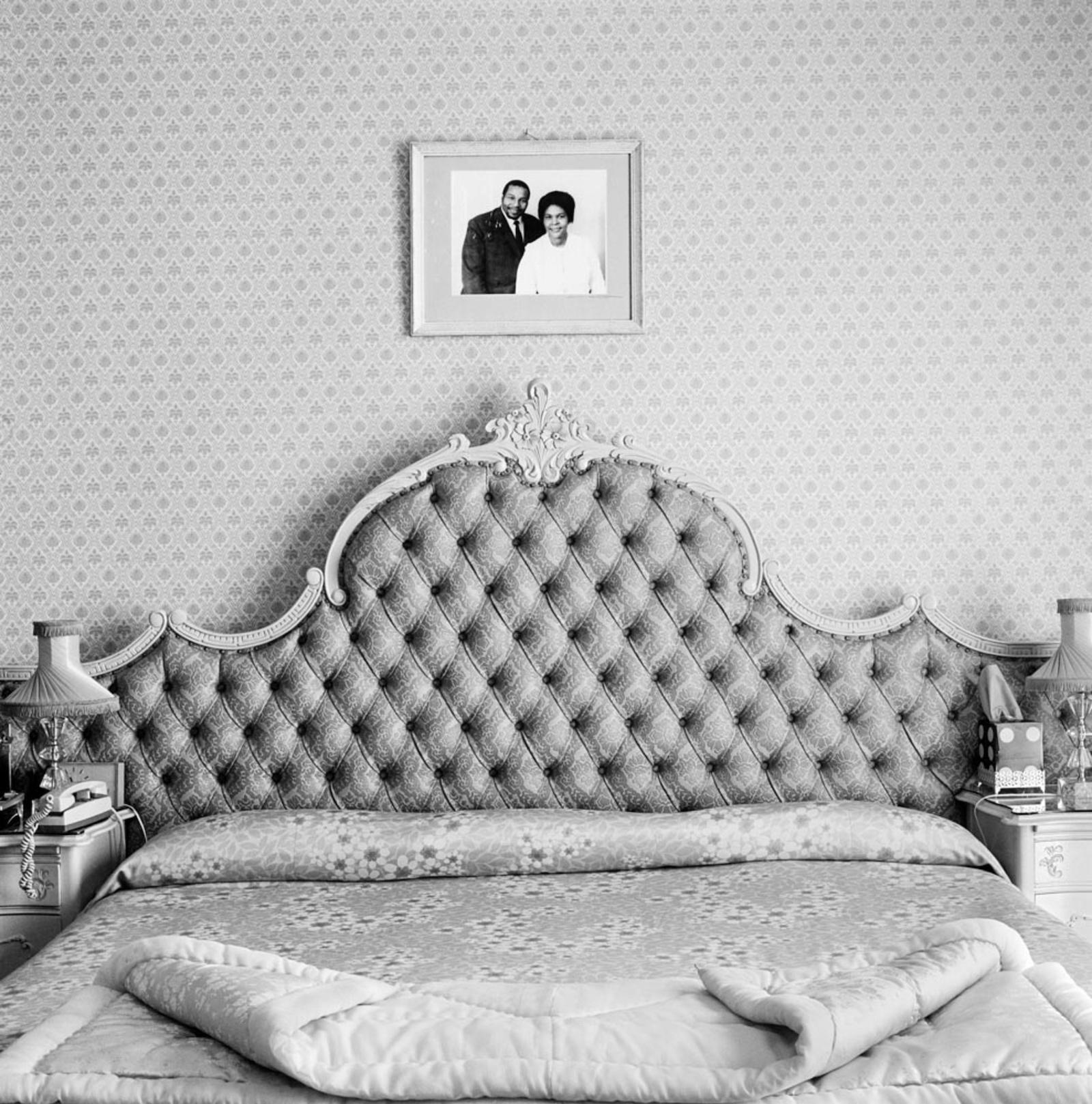 Spring and summer program highlights include solo exhibitions by artists who recently joined the gallery, such as Marina Perez Simão, Robert Nava, Nina Katchadourian, and Trevor Paglen, alongside historical exhibitions that shed new light on the practices of seminal artists from the 20th century, including Agnes Martin, Claes Oldenburg, and Coosje van Bruggen, and David Goldblatt. The program will also feature monographic exhibitions by pioneering artists who are continuing to push the boundaries of their practices today, including Lynda Benglis, teamLab, Robert Mangold, Lee Ufan, and Yin Xiuzhen, among others. 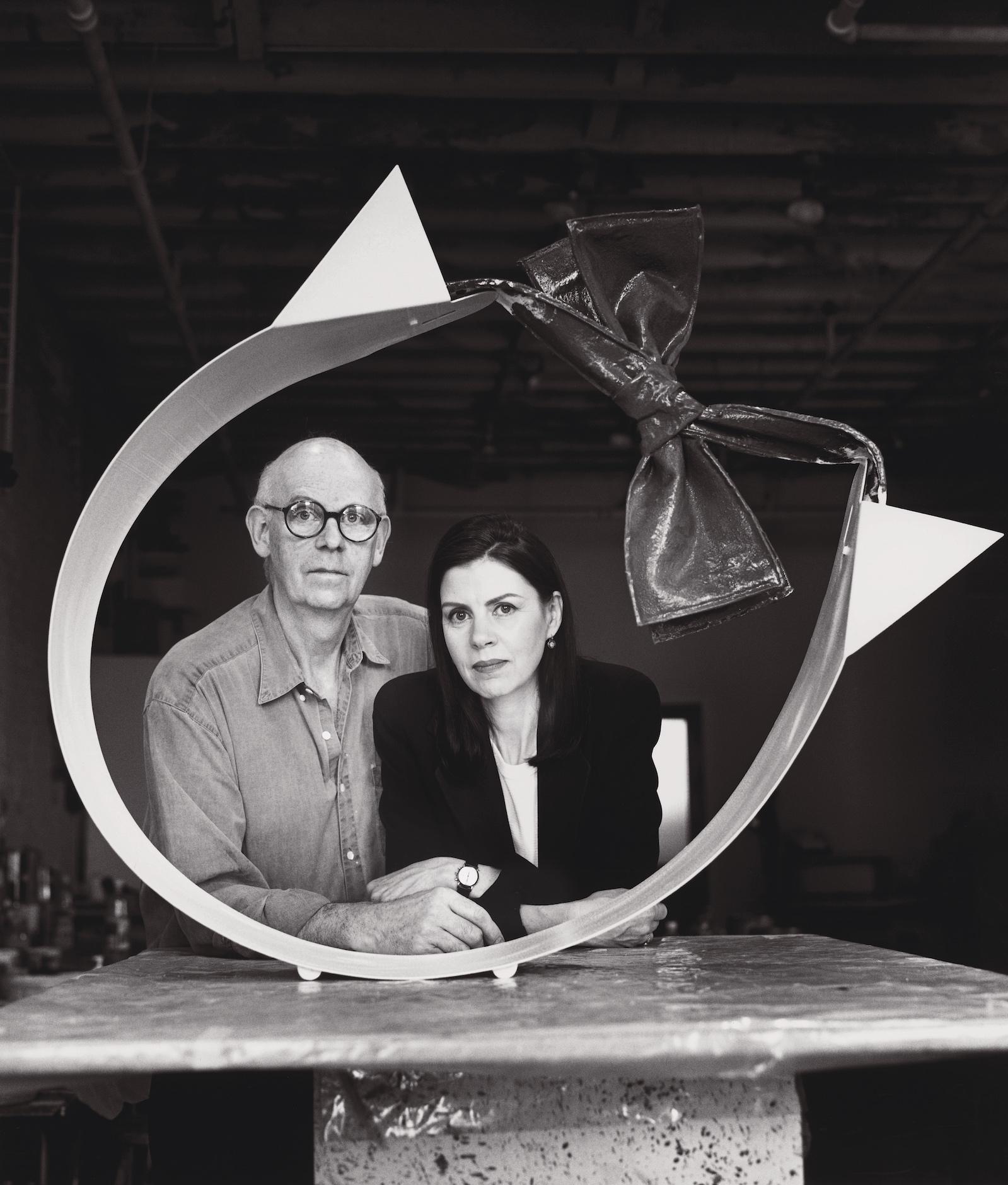 Jesse Frohman, Photo of Claes Oldenburg and Coosje van Bruggen in their studio with Standing Collar with Bow Tie (1992), 1992.

In New York, Pace begins its spring season with a presentation that celebrates the collaborative spirit that animated  Claes Oldenburg and the late Coosje van Bruggen’s four decades of artistic and romantic partnership. Together,  they created some of the best-known landmarks of urban and civic spaces across Europe and the U.S. Despite van Bruggen’s central role in realizing these works, however, she has yet to receive full credit for her contributions.

Curated in close collaboration with the artists’ daughter, Maartje Oldenburg, Claes Coosje: A Duet charts the evolution of one of the 20th century’s most influential artistic duos, culminating with the unveiling of the large-scale work, Dropped Bouquet—the final sculptural work that Oldenburg and van Bruggen conceived together before her death in 2009. In tandem with the exhibition, Pace will publish a catalog that reproduces a series of intimate, never-before-seen letters between Oldenburg and van Bruggen dating from the beginning of their partnership in the mid-1970s, as well as new scholarship on the artists’ work. 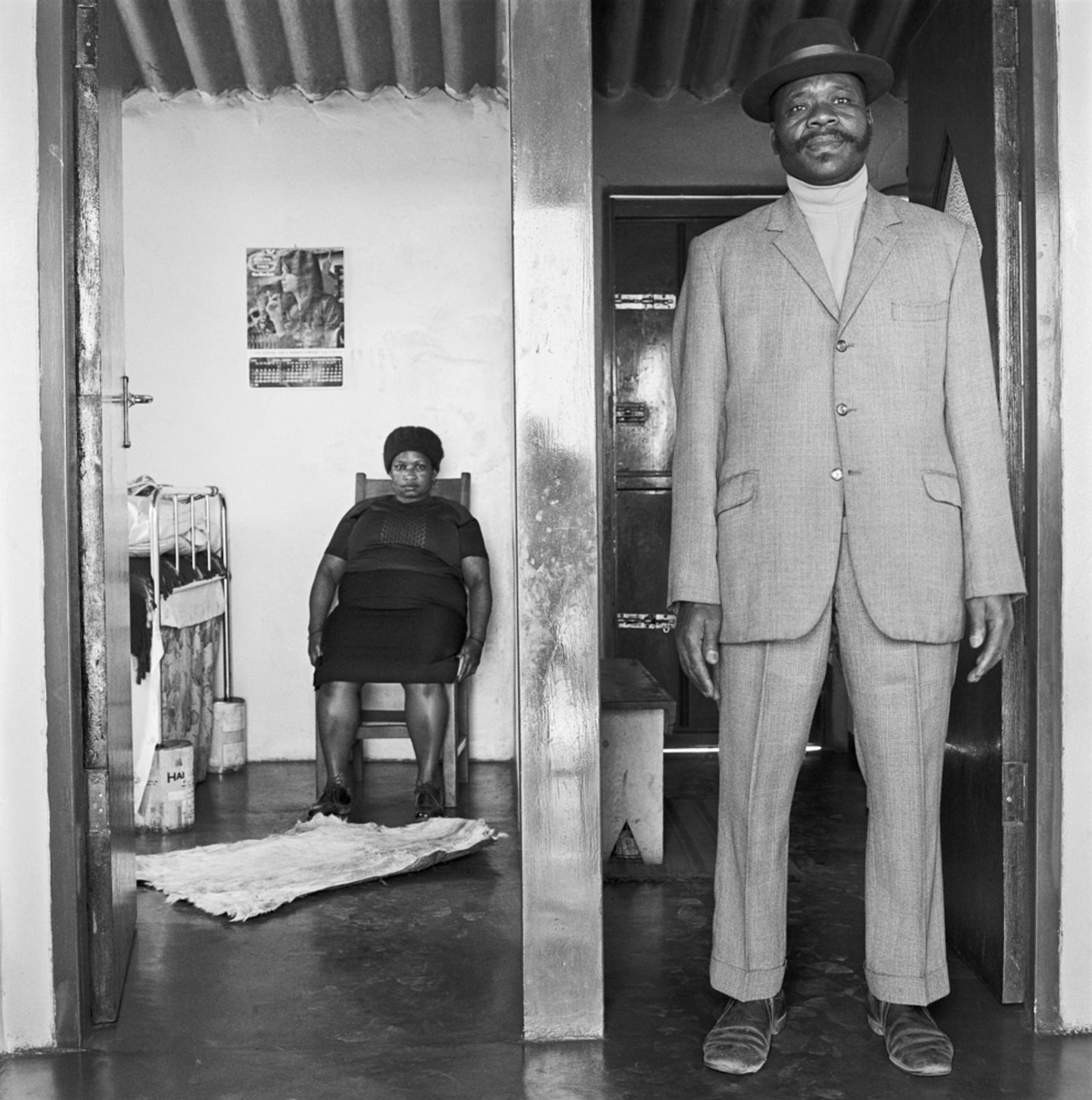 Concurrently on view this spring season in New York, David Goldblatt: Strange Instrument—curated by artist and activist Zanele Muholi in collaboration with Yancey Richardson Gallery—will focus on the work of the late South African photographer David Goldblatt. Featuring over 60 photographs taken from the early 1960s to the late 1980s, the exhibition reflects Muholi’s deeply personal meditation on their mentor’s influential body of work. The exhibition explores both the brutality and the humanity that Goldblatt captured in his remarkable photographs of everyday life in South Africa at the height of apartheid.

Looking ahead to May in New York, Pace will showcase the work of Agnes Martin, one of the most influential painters of her generation, bringing together a selection of rarely seen paintings from the 1980s, a critical decade that marked the artist’s second phase of her mature career. Each of the series of paintings produced during this time crystalize Martin’s exploration of color and area, defined by an austere and precise pencil line.

Composed of broad and thin bands of translucent pale blues, pinks, and yellows, as well as grey and blue-grey washes, the works show a  deepening of Martin’s understanding of painting’s essence. While Martin would continue to make paintings for many more years, the 1980s defined a pursuit of perfection in her paintings, one unattached to emotion or subject, yet otherworldly and radiant in their abstraction. 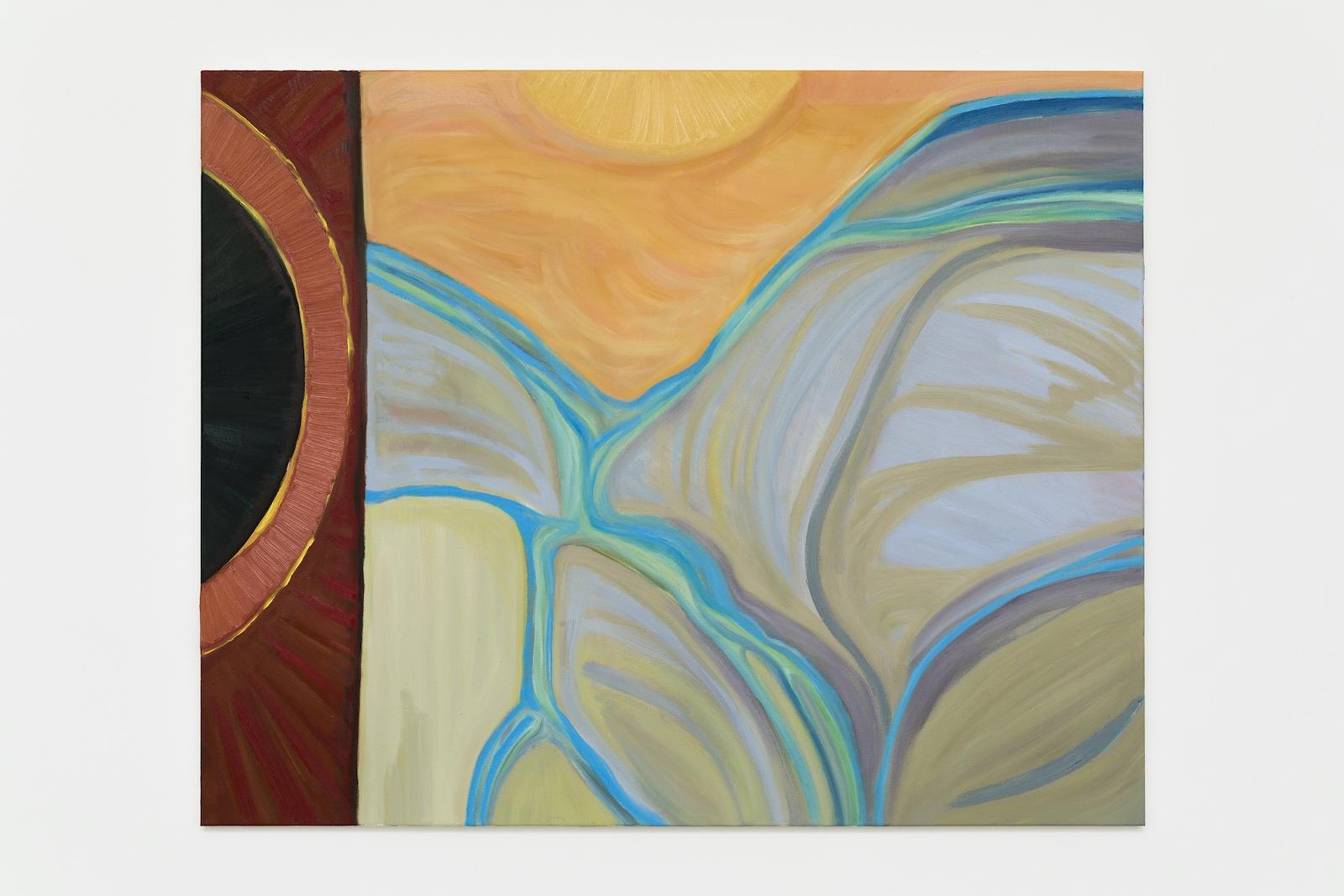 Martin’s exhibition will be presented alongside an exhibition of six recent, large-scale bronze sculptures by Lynda Benglis, coinciding with the artist’s solo show at the National Gallery of Art in Washington, D.C., as well as a solo exhibition by leading Chinese artist Yin Xiuzhen, presented on the heels of the artist’s major museum shows in  Greater China this past year, including a show at the Centre for Heritage, Arts and Textile (CHAT) at The Mills in  Hong Kong and a group show at the He Art Museum in Guangdong.

Also on view will be an exhibition by artist Nina Katchadourian, whose ongoing project Monument to the Unelected—a set of lawn signs created by the artist featuring the names of every candidate who ran for President of the United States and lost—was presented at eight public venues across the U.S. in the lead up to and immediately after the 2020 presidential election. Following its successful launch in the Hamptons last year, the gallery will return this spring and summer season with a dynamic series of solo exhibitions by Yto Barrada, Trevor Paglen, teamLab, Lee Ufan, and Robert Nava 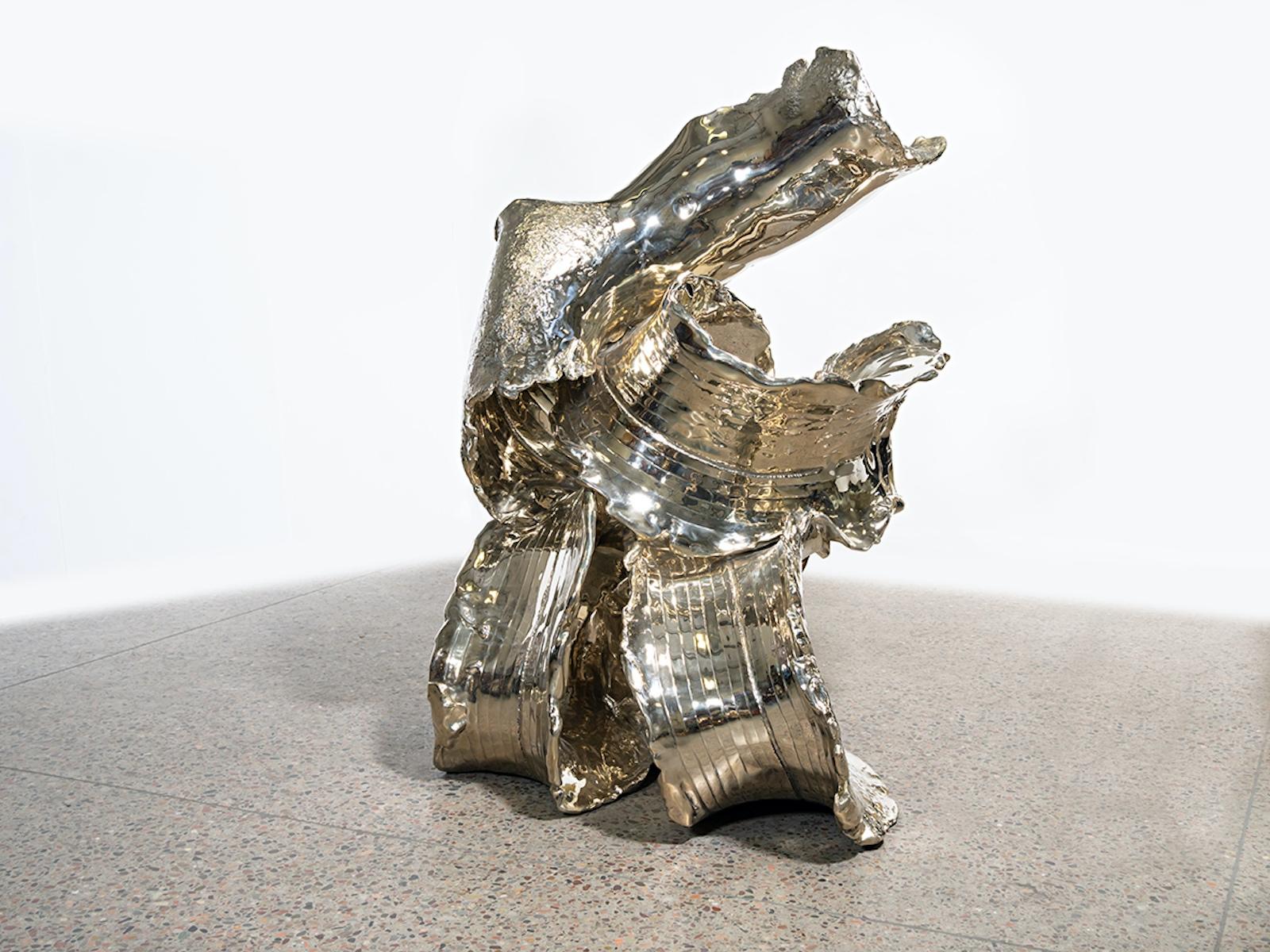 In Europe, Pace will continue to program its current space in London through the summer before moving to its expanded location this fall. The gallery’s 8,600-sq-ft location at 4 Hanover Square represents a new phase for Pace in London, reaffirming the gallery’s commitment to the city as a crucial center for the art market. Pace will use its larger platform in London to engage with more European artists and wider audiences.

In advance of the new gallery’s opening, Pace’s final exhibition at its current location of 6 Burlington Gardens will be a survey of Robert  Mangold’s paintings from the 1970s through today. In Geneva this spring and summer season, the gallery will present solo exhibitions by multidisciplinary artist Brent Wadden, who is renowned for his woven textile paintings, and the legendary American photographer Richard Misrach, who was instrumental in pioneering the use of color photography.

Additional highlights from the spring and summer program include sculptor Arlene Shechet’s debut exhibition in Palo Alto; solo exhibitions by Michal Rovner and Tara Donovan in Palm Beach; New Minimalisms, a thematic, curated exhibition in New York that explores a recent global aesthetic movement characterized by a process of research, abstraction, and Minimalism, featuring over ten international artists from the gallery and beyond; a presentation bringing together works by the gallery’s staff that will offer a portrait of the creativity and imagination that defines Pace; and photographer JoAnn Verburg’s first show with the gallery. Pace’s locations in Hong Kong and Seoul remain open to the public. Details about the gallery’s forthcoming exhibition program in Asia will be announced in the coming weeks.

Pace will closely follow the safety guidelines put forth by the local governments for each of its locations worldwide and take all necessary precautions to ensure the safety of its visitors to further protect against the spread of COVID-19. For more information about the gallery’s opening hours and to book an appointment, please visit the Pace website.