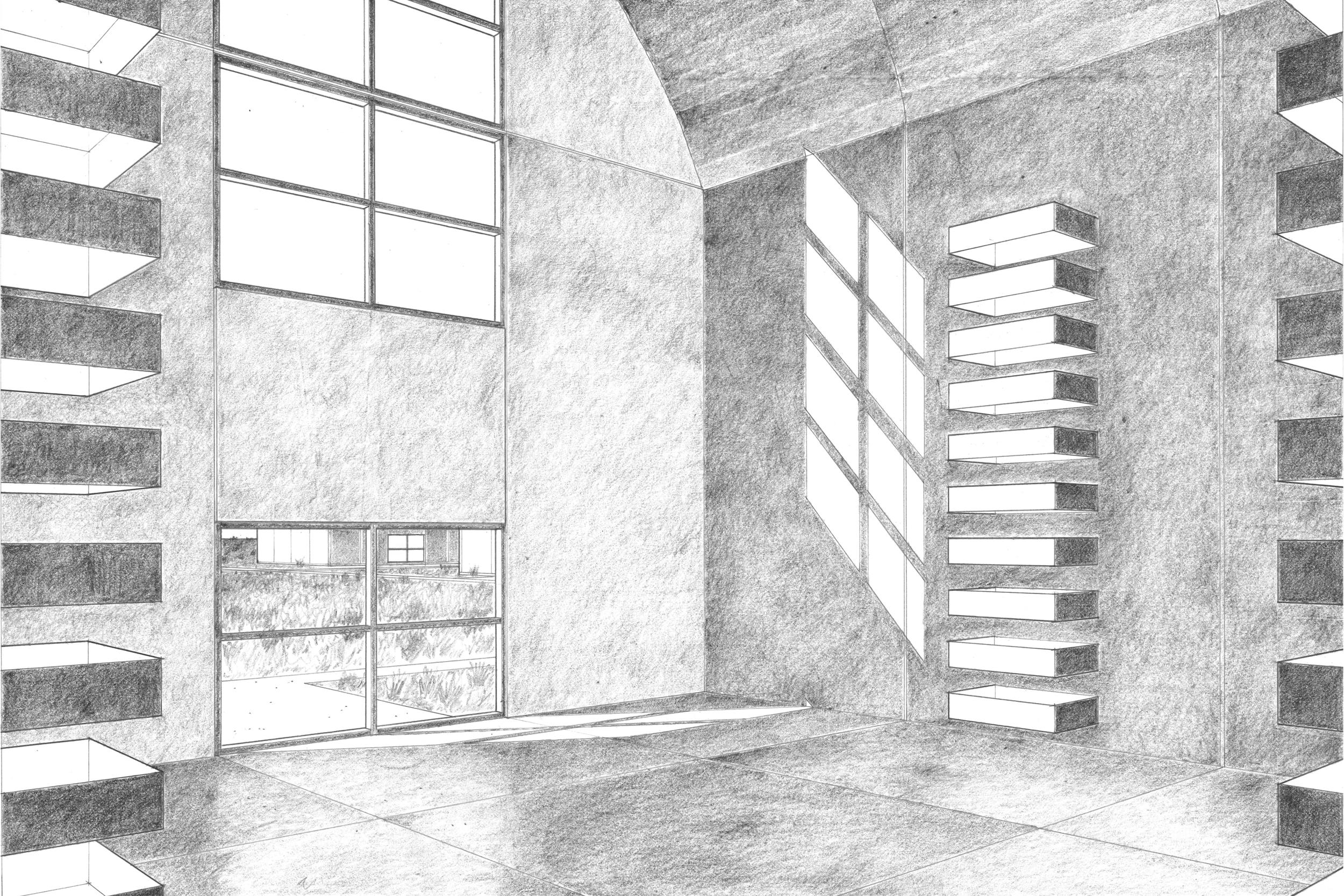 New York, NY – The Center for Architecture is proud to announce the opening of Obdurate Space: Architecture of Donald Judd on Tuesday, November 14 at 6:00 pm. The exhibition is curated and designed by Claude Armstrong, Architect and Donna Cohen, Associate Professor at the University of Florida, co-founders of Armstrong + Cohen Architecture, who served as architectural assistants to Judd in the 1980s. Obdurate Space will present built and unrealized architecture projects by one of the most important artists of the 20th Century.

For Donald Judd, the actual space his works of art occupied was a primary intention of his efforts, as evidenced at 101 Spring Street in New York and the buildings and landscape of Marfa, Texas. His critical essays on the state of architecture demonstrate decades of engagement with buildings and sites. Judd offered strong critiques over what he viewed as the miserable aesthetics and crass developments of much of the American built environment in the 1970s and 80s, contributing to the discourse on the crisis of modern architecture in America.

As opportunities for new installations arose, Judd’s architectural ideas evolved as well. From 1984 through 1994, the last ten years of his life, Judd produced a significant body of architectural work, integrating aspects of his art practice and elements of European design movements. Judd was intensely productive, simultaneously making art, furniture, and architecture. By 1990, he had as many as 19 architectural projects at some stage of design, some self-initiated and some by invitation and in response to design competitions.

Obdurate Space details five of these projects: the Concrete Buildings in Marfa, Texas; the urban proposal for downtown Cleveland, Ohio; the Eichholteren Haus, Küssnacht-am-Rigi, Switzerland; the Kunsthaus Bregenz Office and Archive Building, Austria; and Bahnhof Ost Basel, Switzerland. They represent the artist’s most mature architectural works and show Judd’s outstanding formal consistency in response to a variety of scales and levels of complexity.

All of Donald Judd’s architecture projects were collaborative. Other architects, engineers, and artists had the opportunity to take on roles under his conceptual direction, to voice ideas through drawing and discussions, and to see how these ideas were accepted or rejected in the final project. These collaborative voices were part of the “existing conditions” for each of the proposals, which seen together as a set, resolve issues with stunning clarity and cohesion.

Judd maintained that there were fundamental realities, space, material, and color, that were shared by art and architecture. His buildings reflect a full awareness of architectural history and the importance of context. Central to Judd’s idea of architecture was the construction of space full and obdurate; architecture not borrowed from nature but of purposeful thought; not for causes that architecture cannot affect but for the peaceful contemplation of living in that space and the environment beyond.

Obdurate Space will include models of each of the selected buildings built specifically for this exhibition, along with photographs, drawings, and interpretive digital renderings of the unbuilt works.

“In Marfa, Claude and I were known as ‘the kids.’ If we were kids then, now we are grown, and with 30 years of perspective from continued work in architecture, we are ready to share and learn more about Judd’s architecture,” said Donna Cohen. “Our motivation for the exhibition, for the observations here, together with new models, drawings, and project descriptions, is to share Judd’s work in architecture with a wider public and to connect that moment to the present.”