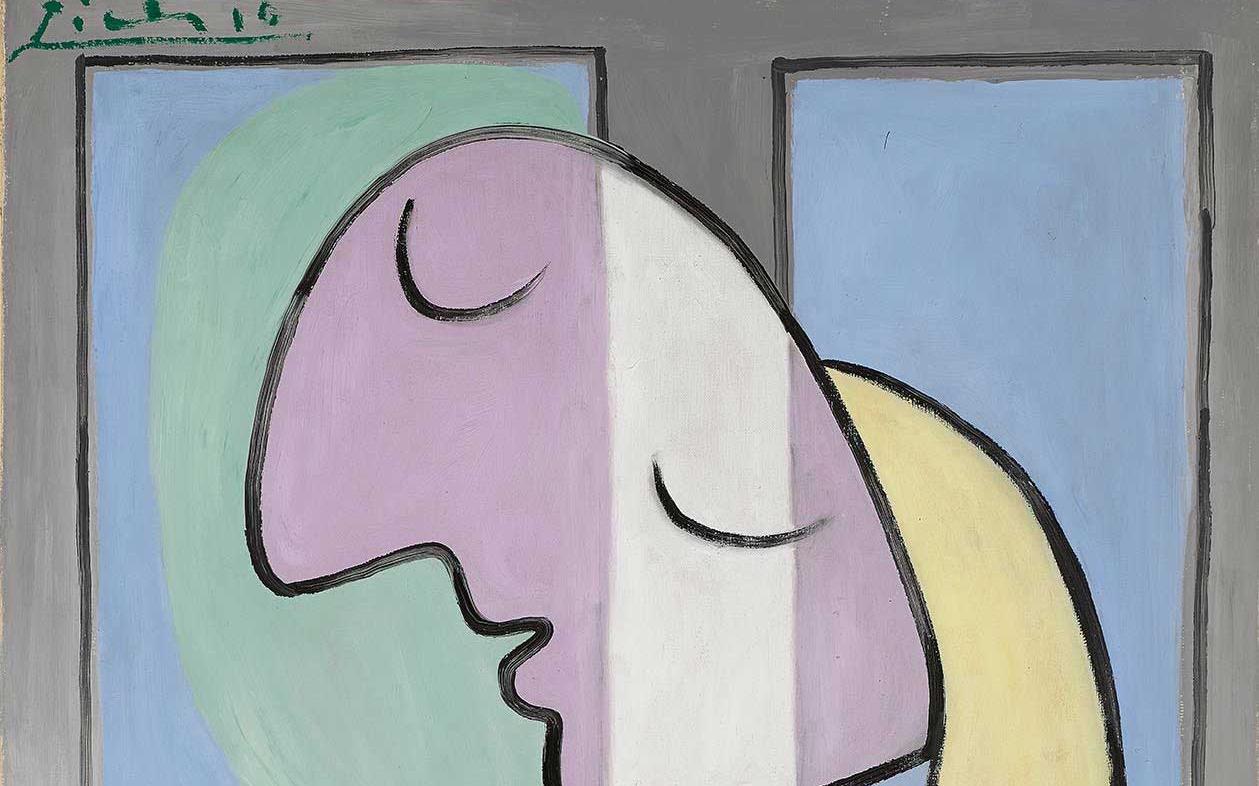 Helena Newman, Global Co-Head of Sotheby’s Impressionist & Modern Art Department & Chairman of Sotheby’s Europe, said: “This tender and romantic vision of Marie-Thérèse is a remarkably intimate portrait of the woman who has come to embody the heart and soul of the most celebrated year of Picasso’s oeuvre. Buste de femme de profil. Femme écrivant comes to auction having remained unseen in public for more than 20 years, marking the third consecutive season this year where an exceptional Picasso from the 1930s has headlined our flagship evening sale. It is all the more wonderful to offer this painting created in the spring of 1932 at a time when we are enjoying a world-class exhibition devoted to this year at Tate Modern in London.” 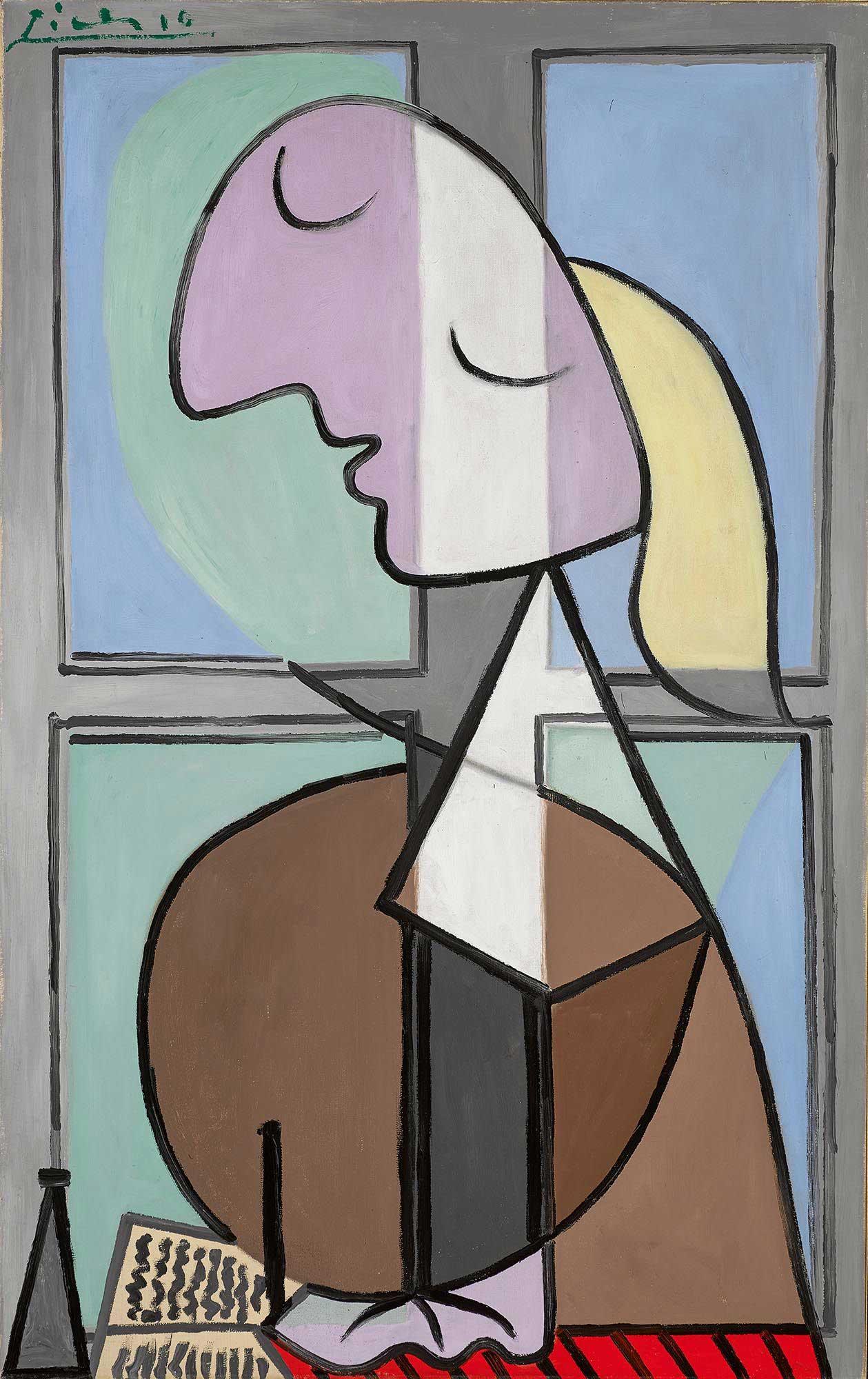 London, 4 May – Painted during Pablo Picasso’s ‘year of wonders’, this monumental, yet remarkably tender and intimate, painting of Marie-Thérèse absorbed in the act of writing evokes a private moment from the artist’s clandestine relationship with his most beloved muse. Awake or asleep, writing or reading, Marie-Thérèse appears in manifold guises throughout Picasso’s oeuvre. In this painting, Picasso focuses on her innocence and youthfulness, depicting her serenely penning her thoughts. Appearing at auction for the first time in over two decades, "Buste de femme de profil. Femme écrivant" will highlight Sotheby’s Impressionist & Modern Art Evening Sale in London on 19 June 2018.

In this painting, Marie-Thérèse’s unmistakeable profile and sweep of blonde hair are silhouetted in front of a window at the Château de Boisgeloup, the grand house outside of Paris acquired by Picasso in 1930. Her sensual curves are echoed by the diffused green light emanating from the gardens beyond the window – the deliberate juxtaposition of the horizontals and verticals of the window frame with the soft curves of her body masterfully emphasising her form. The palette is characteristic of Picasso’s key depictions of Marie-Thérèse during this year. The composition recalls both his celebrated Cubist paintings and the series of monumental sculpted heads that he created in 1931, again inspired by Marie-Thérèse. It is the intensity and passion of the paintings from 1932 that mark them out as unique amongst the artist’s work.

Marie-Thérèse Walter entered Picasso’s life one day in January 1927, capturing his attention at first sight on the streets of Paris at a time when his turbulent relationship with his wife Olga was floundering. An intensely passionate – and creatively inspiring – relationship, this chance meeting with Marie-Thérèse galvanised his life and art. She quickly became a source of creative inspiration and veiled references to her appear in his art from that point on. However, it was only five years later in 1932 – following a landmark exhibition at Galerie Georges Petit, Paris – that the artist announced Marie-Thérèse as an extraordinary presence in his life and art through his paintings. Picasso almost never painted his muses from life, his depictions being inspired by the memory of them and the metamorphic power of his erotic imagination. With Marie-Thérèse in particular, the artist’s inspiration reached fever pitch in the long periods they were forced to spend apart. Here, he evokes her in a quietly contemplative mood – perhaps picturing her lover as she writes.

Andrew Wyeth’s Drawings of His Own Funeral
Two decades before he was interred beneath a stark tombstone, the artist Andrew Wyeth imagined his own funeral. In about fifty drawings from the early 90s known as the “Funeral Group,” he sketched family and friends gathered around a coffin containing his supine corpse.

A Brief Introduction to Aboriginal Art & Artists
Though Aboriginal art is only one of many Indigenous Australian art traditions, it is also one of the most recognizable art forms across the globe. Known for its bold patterns, vibrant colors, distinctive dot patterning, and strong symbolism, many experts believe it to be the oldest continuous art tradition.

The Lasting Impact of WWII Photography
The end of WWI left the world in a tense political situation that soon generated new ambitions and rivalries. In Europe, the feelings of humiliation, together with political and economic instability, propelled some countries, such as Italy and Germany, to political extremism.

Folk art reflects the stories of…

Evolving Perspectives on Quilts as Folk Art
A Brief Introduction to Aboriginal Art & Artists
Beyond Nasca Lines: The Compelling Mystery of Nasca Pottery