Splendor and Sophistication of Casanova's Europe on Display at MFA Boston 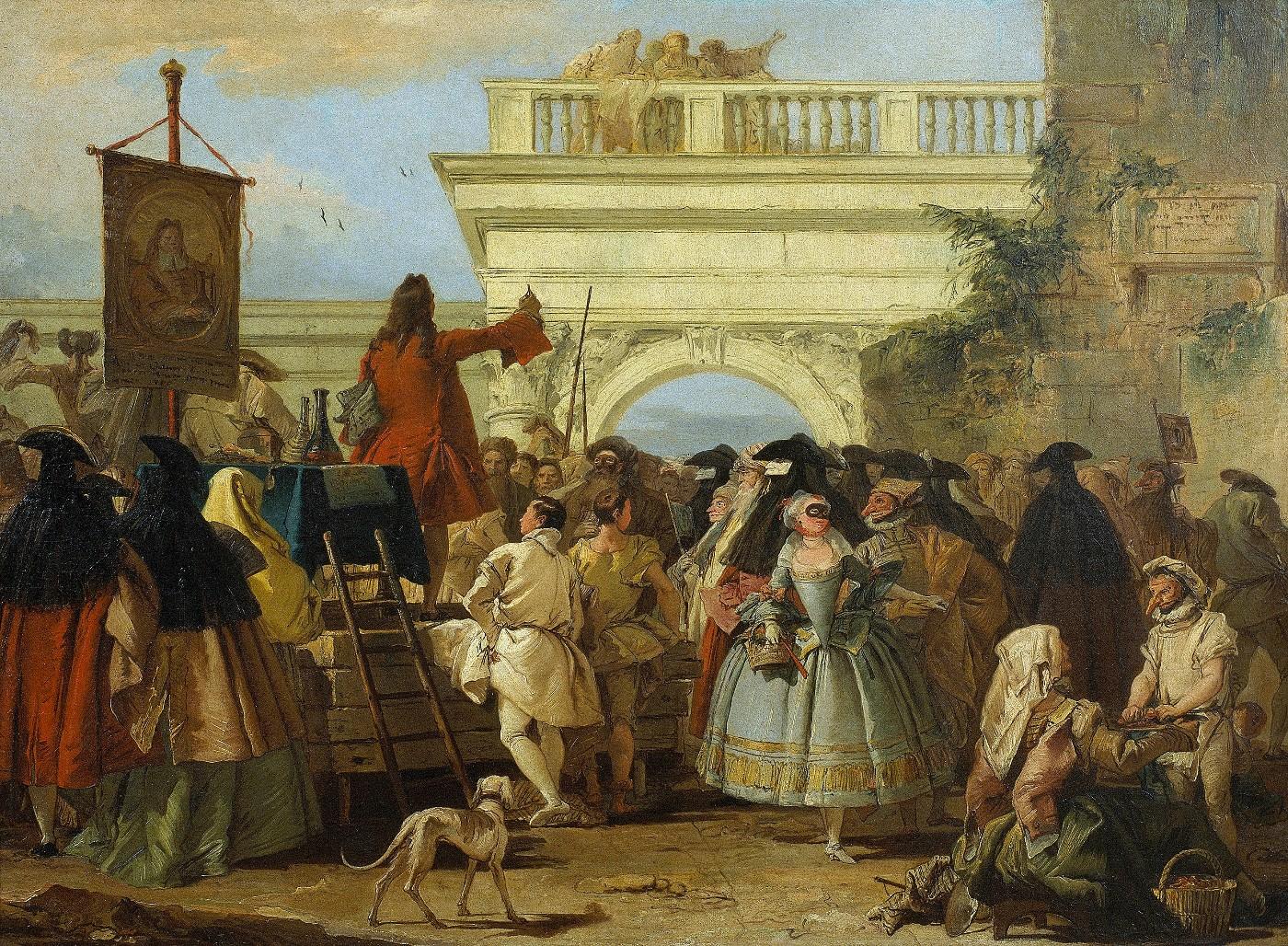 In the dynamic world of mid-18th-century Europe, people, ideas and artistic styles crossed national boundaries. Interiors filled with masterful, opulent and at times playful paintings and furnishings also brimmed with intellectual exchange, flirtation and gossip. Casanova’s Europe: Art, Pleasure, and Power in the 18th Centuryat the Museum of Fine Arts, Boston (MFA), brings this world to life through an immersive display of more than 250 paintings, sculptures, decorative arts, textiles, works on paper and musical instruments from museums and private collections throughout the U.S. and Europe. The exhibition is structured by the chronology and geography of the life of Giacomo Casanova (1725–1798), whose 12-volume autobiography, The Story of My Life, is unrivaled as a chronicle of 18th-century European society. Stretching the bounds of social mobility, Casanova mingled with royalty such as Catherine the Great and intellectuals such as Voltaire and Benjamin Franklin as he traveled throughout the continent, rising through the ranks with no legitimate claim to nobility or consistent wealth. But he was also a cheat and a libertine, and his behavior—particularly toward women—could prove scandalous, indeed unconscionable; ultimately, it was his disrespect for religion that landed him in jail. Addressing themes such as travel, the intersection of sex and power, theatricality and identity, and the pleasures of fine dining and conversation, the exhibition reveals a culture of excess on the brink of revolution, one characterized by pleasure seeking, movement across boundaries and self-invention—ideas that continue to resonate nearly three centuries later. The MFA invites visitors to consider aspects of power—political, social and financial—both in Casanova’s time and in today’s society. In-gallery interpretation provides context around these issues and encourages visitors to contemplate how one man’s experiences, told from his own perspective, resonate in new ways in the #MeToo era. Additionally, the Museum has organized a lineup of exhibition-related programs—including events with prominent feminists, films about heroic women and girls, and conversations about wealth and status in Boston—that address these topics in the current moment. Generously supported by an anonymous foundation. Additional support from Firestone and Parson, Inc., Susan G. Kohn and Phil Markell, Alexander M. Levine and Dr. Rosemarie D. Bria-Levine, Peter and Paula Lunder Family, Patricia Scangas and Matthew Dietel, and Arthur and Linda Schwartz. This exhibition is supported by an indemnity from the Federal Council on the Arts and the Humanities. 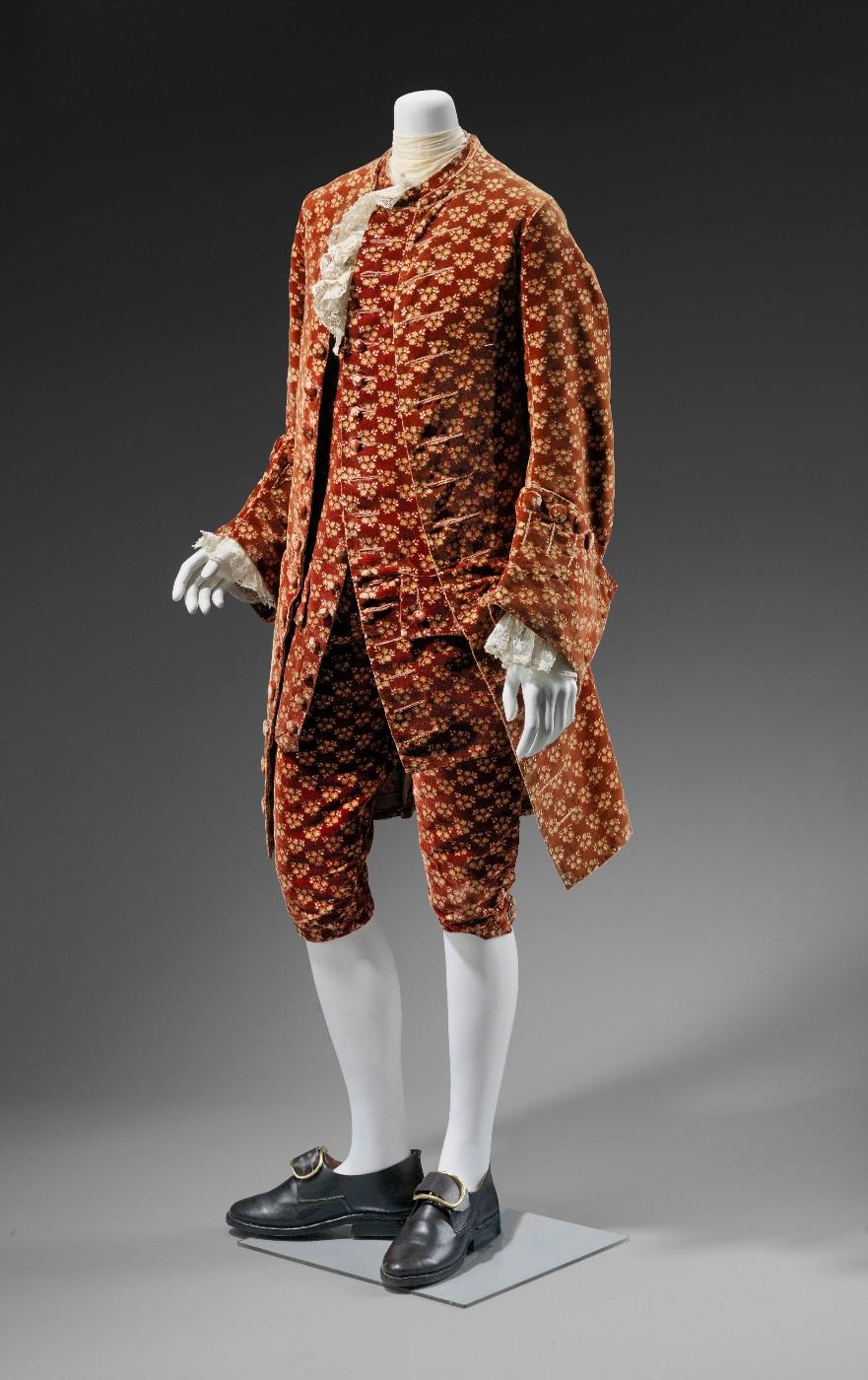 “Although Casanova himself was not an artist, he was a discerning observer, recognizing good taste and artistic accomplishment wherever he traveled—and thus he serves as the perfect guide to the best of European art in the mid-1700s,” said Frederick Ilchman, Chair and Mrs. Russell W. Baker Curator of Paintings, Art of Europe. “To evoke those times and delight our visitors, we have brought together many masterpieces by the foremost artists of the century, building upon a core of great paintings from the MFA’s own collection by Canaletto, Tiepolo, Longhi, Fragonard and Lancret, and featuring them alongside major loans. We are incredibly grateful to all the institutions and individuals who have contributed to this exhibition.”

Casanova’s Europe: Art, Pleasure, and Power in the 18th Century was co-organized by curators from the MFA, the Kimbell Art Museum and the Fine Arts Museums of San Francisco. More than 35 European and American institutions, including the National Portrait Gallery in London, Musée du Louvre and Metropolitan Museum of Art, have lent artworks for the exhibition. Among the highlights are masterpieces by the major painters and sculptors of the era—including Canaletto, Jean-Honoré Fragonard, Jean-Antoine Houdon and William Hogarth—as well as a cycle of six mythological paintings by François Boucher, on loan from the Kimbell Art Museum and the J. Paul Getty Museum and reunited for the first time in many years. Additionally, luxurious environments frequented by Europe’s elite in the 18th century are evoked in three tableaux in the galleries. Featuring mannequins dressed in elaborate period costumes and surrounded by furniture and decorative arts, they illustrate a parlatorio (visiting parlor of a convent) in Venice, a lady’s boudoir in Paris, and a raucous card party in London. A custom soundscape with sonic effects, period music and dialogue was developed for each tableau, recorded in collaboration with a digital sound artist and local and international writers and actors. 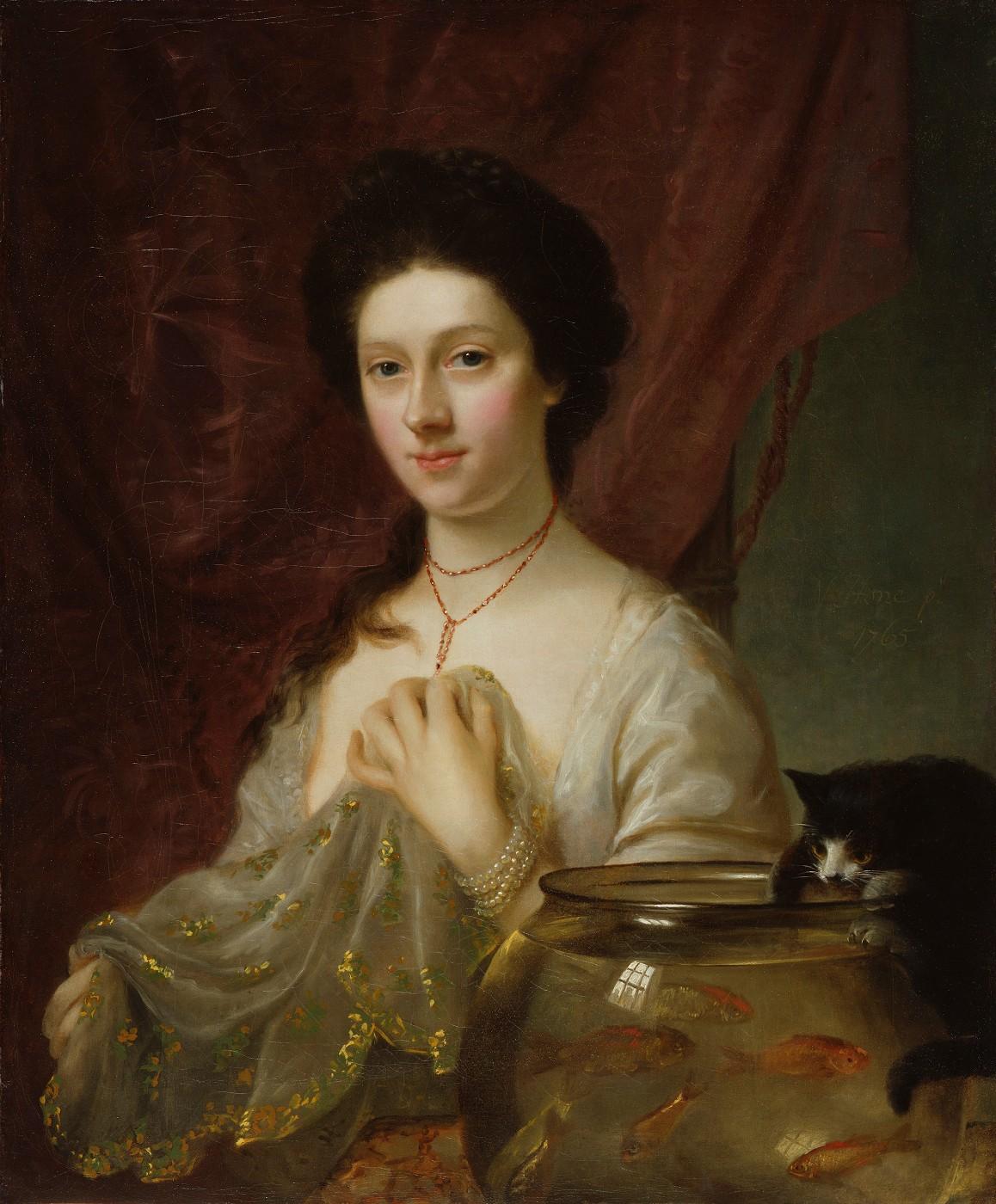 “The exhibition draws on the MFA’s renowned holdings of European decorative arts, particularly French and English furniture and silver, as well as Italian, German and French porcelain. When viewed in the rich context of painting, sculpture and costume, these objects help to bring Casanova’s Europe to life,” said Thomas Michie, Russell B. and Andrée Beauchamp Stearns Senior Curator of Decorative Arts and Sculpture, Art of Europe. “Major new acquisitions are on display for the first time, and many works of art have been cleaned and conserved specifically for this exhibition.”

Casanova’s Europe: Art, Pleasure, and Power in the 18th Century takes visitors on a journey to the art capitals of Europe—especially Venice, Paris and London—that were significant to Casanova. The tour begins in his birthplace of Venice, where he grew up and returned repeatedly during his travels. Canaletto’s famous views of the Grand Canal, Piazza San Marco and the Palazzo Ducale introduce visitors to the sights and spectacles of the cosmopolitan city, while paintings by Giovanni Battista Tiepolo and Pietro Longhi, paired with gilded furnishings, provide a sense of the splendid interiors of Venetian palaces that expressed their owners’ wealth and sophistication.

In Casanova’s time, Venice was a city of masks. Within the rigid Venetian social hierarchy, the mask afforded a degree of anonymity—allowing wearers to interact across classes, and lending an appearance of equality in a city whose inhabitants constantly jockeyed for social status. The importance of masquerade in Venetian culture is explored through paintings such as The Ridotto of Palazzo Dandolo (about 1750, Private Collection) by Francesco Guardi and The Charlatan (1756, Museu Nacional d’Art de Catalunya, Barcelona) by Giovanni Domenico Tiepolo. Additionally, brightly costumed and elaborately posed porcelain figures from the MFA’s collection represent stock characters from commedia dell’arte, a popular genre of entertainment performed in theaters and outdoors throughout Europe.

“Casanova’s impulse to record his life and travels in his memoirs has given us a rich trove of information about mid-18th-century Europe. Following an introduction to his hometown of Venice, visitors to the exhibition can trace his many journeys across the continent—spanning 40,000 miles across six decades—and along the way, explore the highest achievements in art of the era,” said Courtney Harris, Curatorial Research Fellow, Art of Europe.

Casanova visited Paris, the cultural capital of Europe, on numerous occasions. Paintings, furniture, musical instruments and precious objects such as gold snuffboxes and a silver-gilt toilette service evoke the types of splendid Parisian interiors that he gained access to through influential connections such as the Marquise de Pompadour, the famous mistress of King Louis XV. More than any other city in Europe, Paris also embraced the spirit of libertinism—a term coined in the 17th century—which advocated the abandonment of polite society’s conventions regarding romantic love and sexual expression. While denounced in public, libertine beliefs were sometimes celebrated privately—a paradox mimicked in art. Classical mythology provided subject matter for artists seeking to explore overly erotic themes in a publicly palatable manner. Boucher’s monumental Mythological Scenes (1769, Kimbell Art Museum and J. Paul Getty Museum), which depict six stories from ancient Roman literature united by the theme of love, serve as prime examples of the exuberant Rococo style that flourished in 18th-century Paris. Additionally, smaller-scale works by Fragonard feature intimate imagery that would have been commissioned by private request, often for the enjoyment of male viewers.

When Casanova visited London in the 1760s, it was Europe’s most populous city; by 1800, it would be the largest in the world. A center of commerce, banking and manufacturing, London was known for its stylish shops, selling all kinds of luxury goods, as well as new venues and opportunities to socialize and carouse. The city attracted artistic talent from across Europe, including Canaletto, whose Westminster Bridge, with the Lord Mayor’s Procession on the Thames (1747, Yale Center for British Art) sets the stage for the city that Casanova encountered, depicting the newly completed Westminster Bridge—an engineering marvel—and the towers of Westminster Abbey. The Lady’s Last Stake(1759, Albright-Knox Art Gallery) by William Hogarth and A Midnight Modern Conversation (after Hogarth, 1732, Yale Center for British Art) illustrate two of Britain’s favorite pastimes in the 18th century: card playing and drinking parties.

The exhibition also explores Casanova’s brief imprisonment on charges of heresy in the Palazzo Ducale in Venice (evoked by the haunting imaginary prisons of Giovanni Battista Piranesi); his journeys beyond Italy, France and Spain to Dresden, St. Petersburg and Constantinople (depicted in works by Bernando Bellotto, Louis Nicolas de Lespinasse and Jean Etienne Liotard); and the perils of travel in the 18th century (illustrated through paintings by Casanova’s younger brother, Francesco Casanova).

The final sections of the exhibition invite visitors to experience the art of fine dining in Casanova’s time and acquaint themselves with famous individuals he met or befriended during his travels. Projected onto a table that visitors can gather around, a video installation produced by the Detroit Institute of the Arts re-creates a multi-course meal that would have been served in the 18th century, showing historically accurate food presented on period porcelain and silver. Historical examples of such tableware can be seen within the exhibition. In a gallery devoted to portraits of the great minds of Casanova’s era—Benjamin Franklin, King George III, Catherine the Great, Samuel Johnson, Madame de Pompadour, Jean Jacques Rousseau, Voltaire, Jean le Rond d’Alembert, Pope Clement XIII, Pope Benedict XIV and Anton Raphael Mengs—visitors can take a quiz on an iPad (also available online) to reveal their ideal 18th-century dinner party guest.