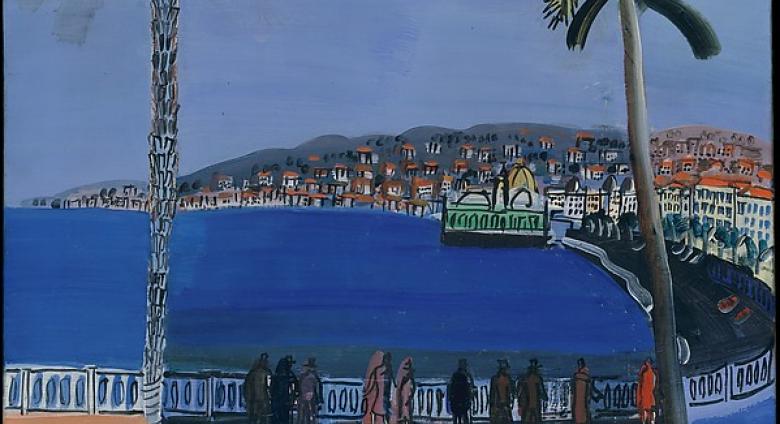 Phillips presents an important collection of works by Raoul Dufy, to be debuted in Paris before highlights are exhibited in London, Hong Kong and finally New York in November where the majority of works will be offered in the 20th Century & Contemporary Art Day Sale.
Museum
Julie Buffalohead's Modern Mythology 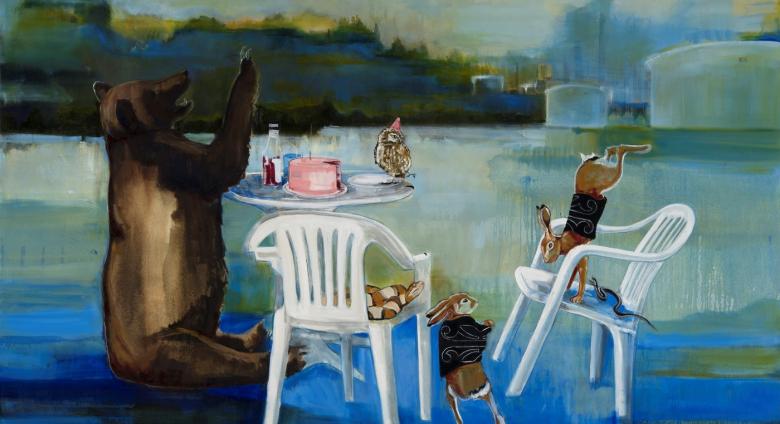 As part of their ongoing contemporary art series, this month the Denver Art Museum (DAM) debuts Eyes On: Julie Buffalohead, showcasing the work of the Minnesota-based artist and citizen of the Ponca Tribe of Oklahoma. Curator of Native Arts John Lukavic calls Buffalohead’s new body of work “exceptional,” saying the work connects people with “tribally specific narratives that are culture-bound, emotional, and sometimes evocative.”

Museum
MetCollects: Ranjani Shettar on her installation "Seven ponds and a few raindrops"

"Can nature's fragility be perceived?" Ranjani Shettar on her installation "Seven ponds and a few raindrops"

At Large
The Case for Conceptual Art

Sometimes art is paintings, and sometimes it's a chair. Why? Let's learn about "Conceptual Art," where the idea is more important than the form. 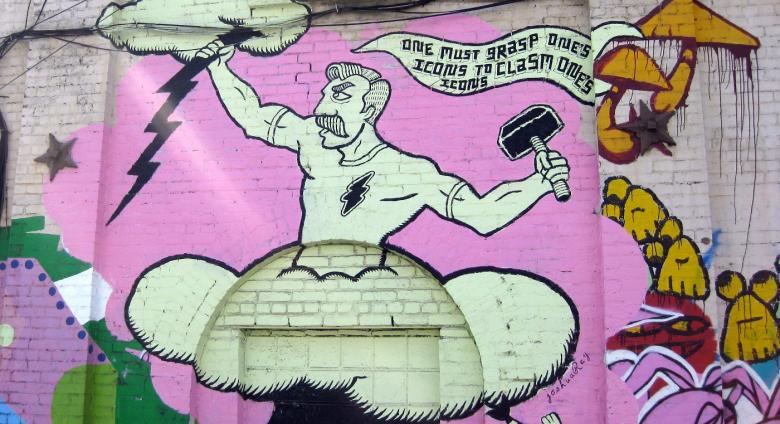 Brooklyn polymath, Erik Zajaceskowski, has been making his imprint on the borough’s art and nightlife scenes for nearly two decades. Zajaceskowski and friends launched Mighty Robot, an illegal art and party loft, during Williamsburg’s cultural heydey in the late 1990s. During that time, he forged many connections that remain essential to his art making and curating. Mighty Robot eventually became Secret Project Robot, Zajaceskowski and Rachel Nelson’s acclaimed Bushwick performance space, music venue, and gallery. 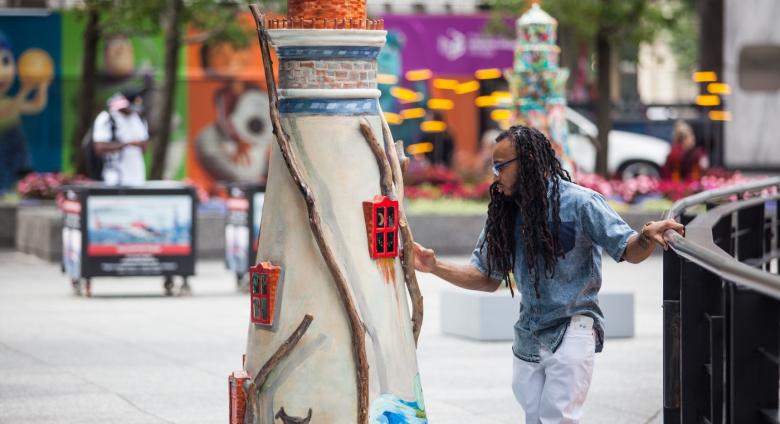 This summer in Chicago, public art is being used as a call to action. Fifty-one 6 foot lighthouse sculptures that have been decorated by national and local Chicago artists, many with disabilities, are now on display on North Michigan Avenue, Chicago’s Magnificent Mile. 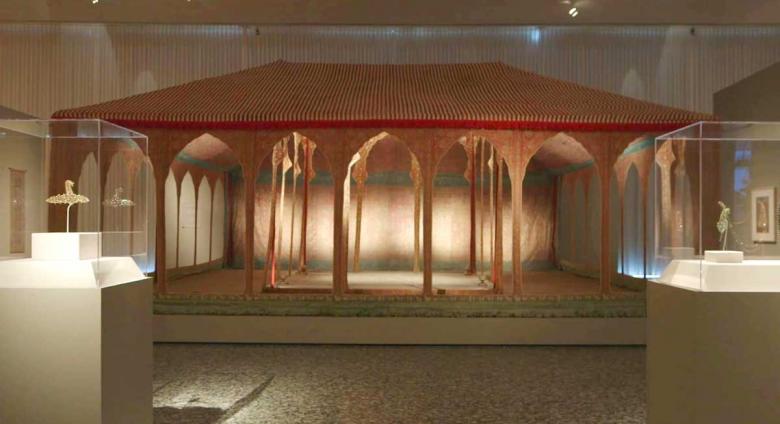 One of the most spectacular objects in Peacock in the Desert: The Royal Arts of Jodhpur, India is the Lal Dera, or Red Tent. On view at the Museum of Fine Arts, Houston, through August 19, 2018.

What we know about hobo graffiti comes from hobos — a group that took pride in embellishing stories.

Hobos, or tramps, were itinerant workers and wanderers who illegally hopped freight cars on the newly expanding railroad in the United States in the late 19th century. They used graffiti, also known as tramp writing, as a messaging system to tell their fellow travelers where they were and where they were going. Hobos would carve or draw their road persona, or moniker, on stationary objects near railroad tracks, like water towers and bridges. 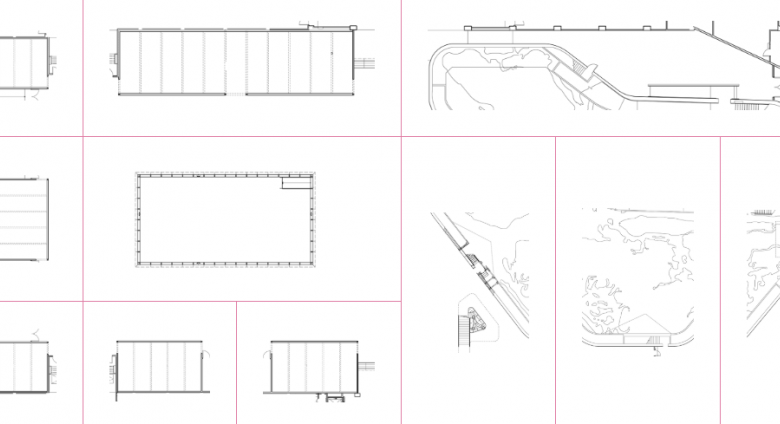 The Queens Museum presents the eighth Queens International. Since its inauguration in 2002, this biennial exhibition has highlighted the contemporary cultural production of Queens communities in formats driven by the artists represented, the perspectives of its curators, and current social and cultural issues. QI 2018, titled Volumes, follows in this tradition, and for the first time includes a partnership with the Queens Library. 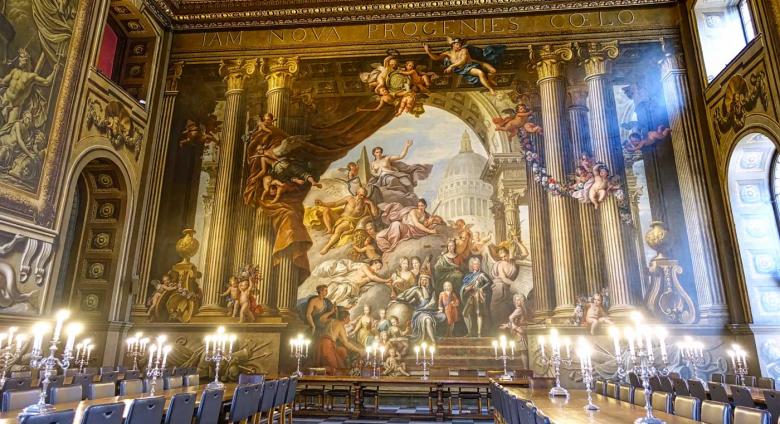 Bonhams offered a number of high-quality furnishings, accessories, and art for their Home and Interiors Auction this morning. The total sale was £747,950, or $983,239 USD. Sets of silver candelabra from the Painted Hall in Greenwich were a highlight of the Auction. Commissioned in 1939, bearing the monogram of reigning monarch George VI, the meticulously cleaned and restored candelabra add elegance and grandeur to their surroundings.